The new, public release of Chronicles of Myrtana is finally out. The GothicTW Team wishes you a very nice experience with GothicTW CoM 2.6.1!!!

hence the newest version of Gothic TW CoM, the 2.6.1 has just been released: there are the Download links to MEGA, MEDIAFIRE and GOOGLE DRIVE. As follows, choose one of the three links to download GothicTW 2.6.1: - New custom settlements on the strategic map (several of them unique)
- New unique hero characters with special abilities. The hero system has been organized into three different levels:
a) Characters with SUPREME ABILITY: 16 in total in the game (one x major faction, + Tooshoo and Bandits)... they have a unique appearance on the battlefield and a unique ability too
b) Characters with SUPERIOR ABILITY: several of them at game start (for all factions, + some spawning later on in the campaign when things evolve)... they generally have a standard appearance on the battlefield (in a few cases not), and the ability is common to all of them
c) Characters with IMPROVED ABILITY: several of them at game start (for all factions, + many spawnings later on in the campaign, like the Dragon Hunter Generals, the loyalists-rebels of Myrtana, the Water Mages of the Nomads and so on), the ability is common to all of them and their appearance is in most cases standard
d) Hence, the hero abilities are based on a grading system, the Supreme have 2-3 usages /the strongest ones), the Superior and Improved 4 usages (but the former better than the latter on all aspects)
- New battle maps for the custom battles
- New audio files on the campaign (speeches) and added some unreleased left-songs of the Gothic Soundtrack
- Slight alterations to the CAI of the game
- New cursors used in-game
- Some new custom portraits and character traits (mainly related to the new hero abilities)
- New textures for the skies in battles
- Slightly improved the ENG texts in the game (still not perfect in terms of grammar)

Hence, with the newest 2.6.1 GothicTW enters now on hiatus as I'll stop the development concerning the ENG version, for the time being.... In any case, the remnant components of the team will continue, namely they will start with the creation of the new campaign map for the custom/addon campaign, "Valley of Mines". Some pics will be uploaded when results are available.
Moreover, we still would like to add some unique battlefield maps for some special settlements, but they are not in sight yet. If achieved, pics will be showed.

Pics related to the newer content of the 2.6.1 are visible below: 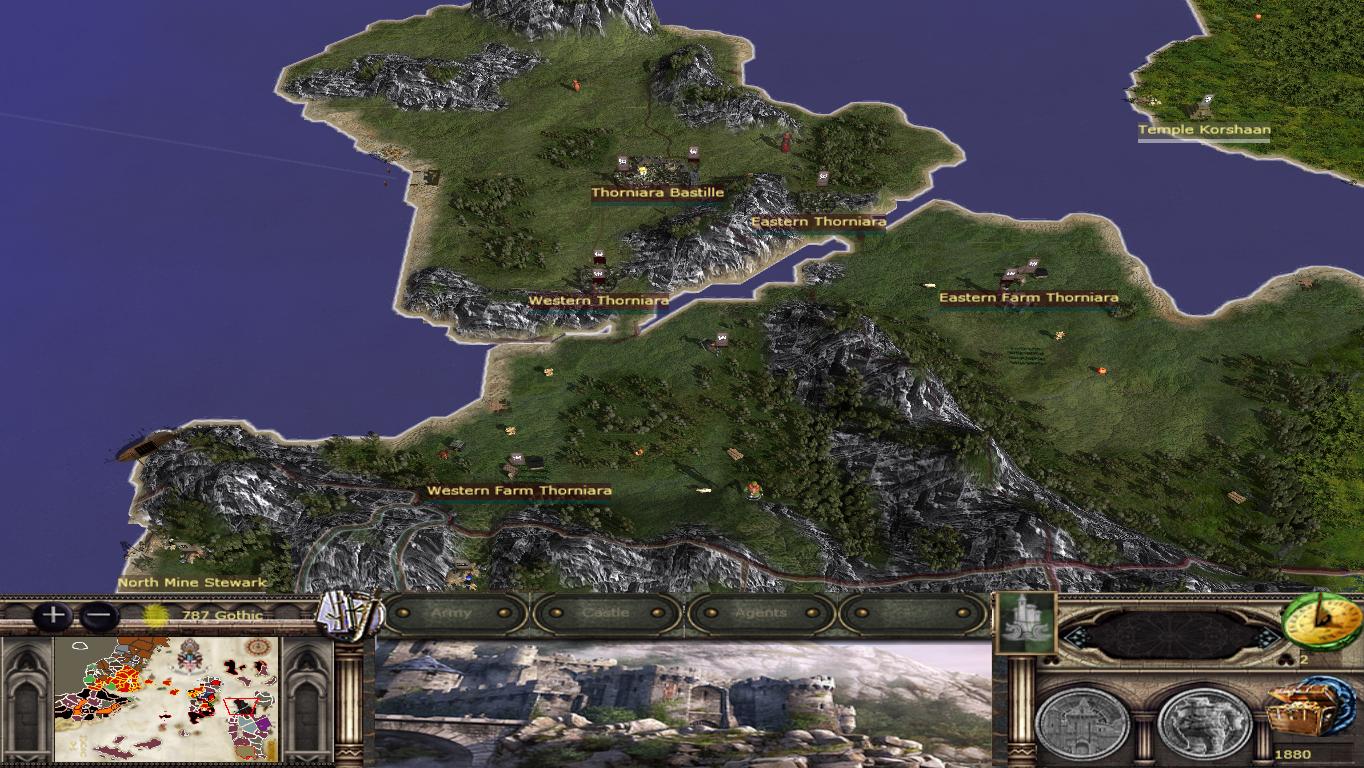 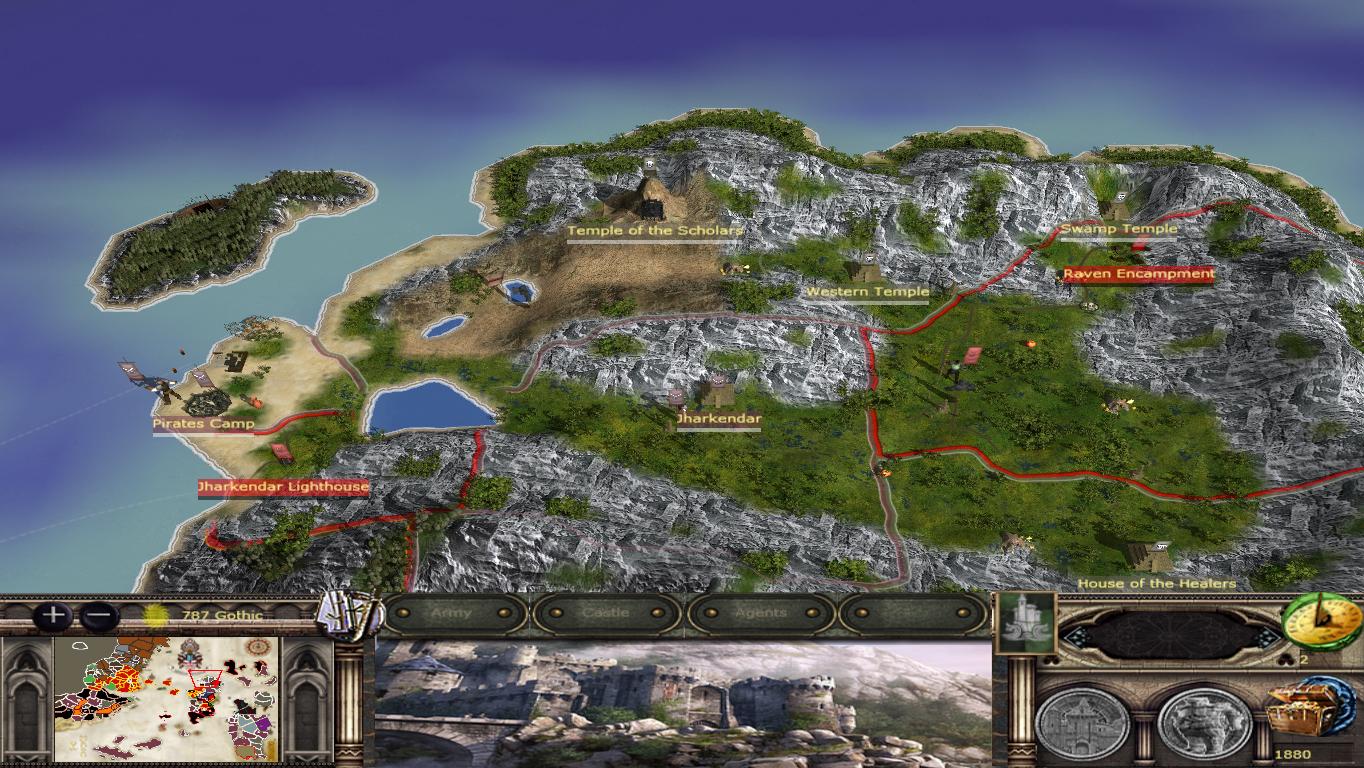 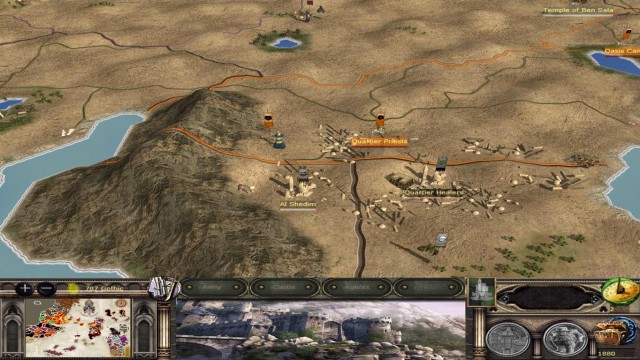 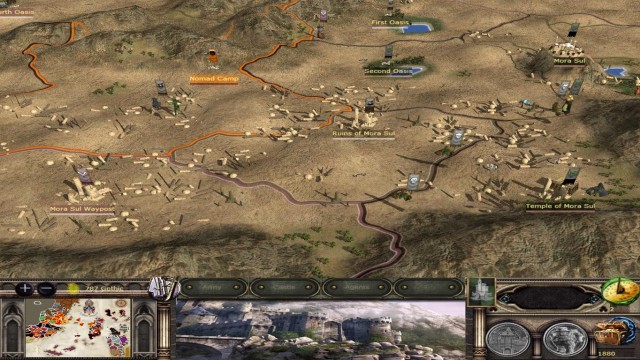 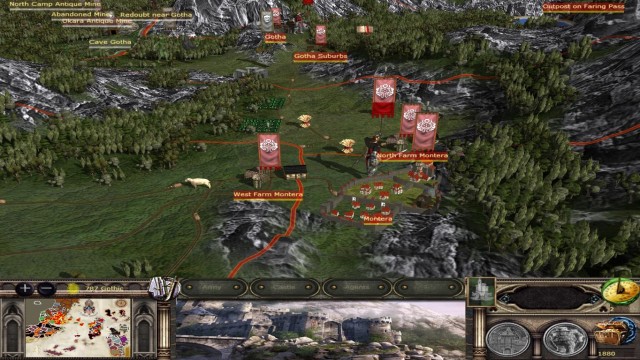 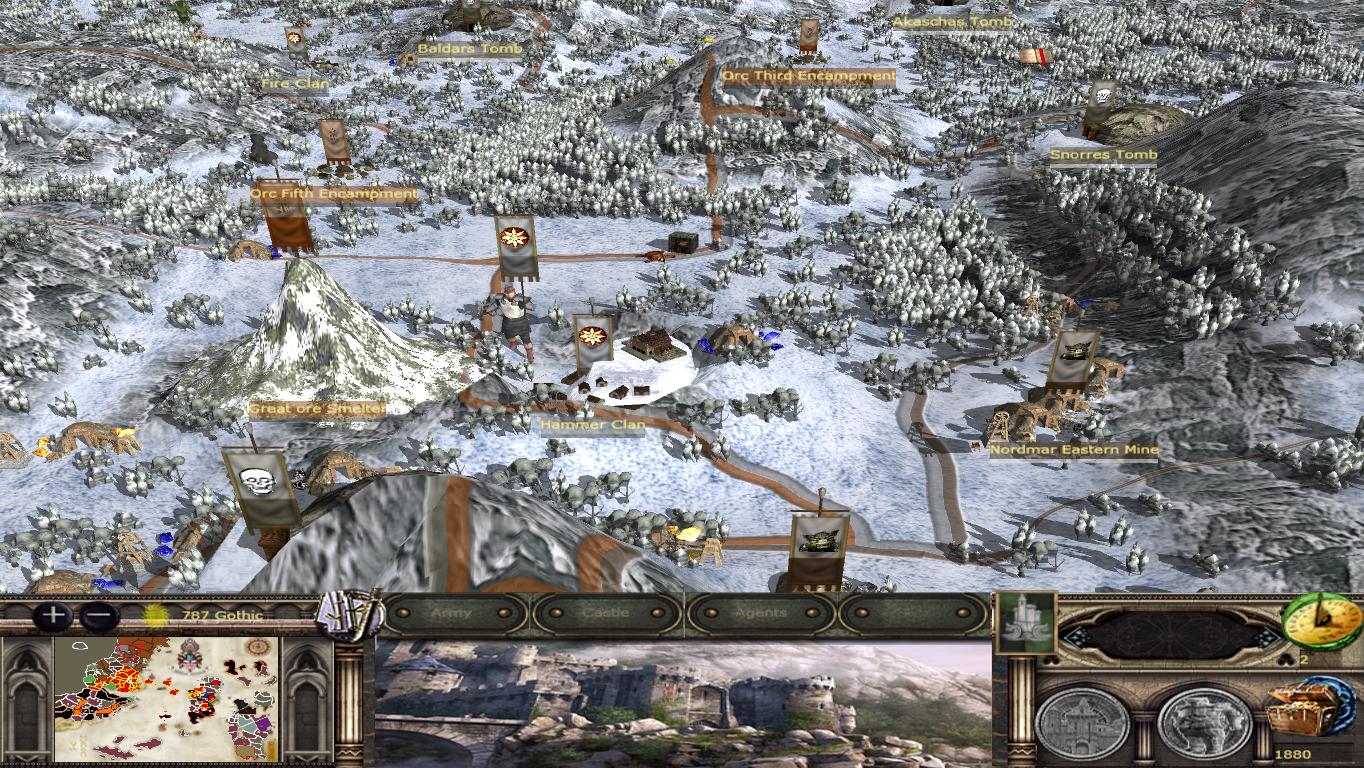 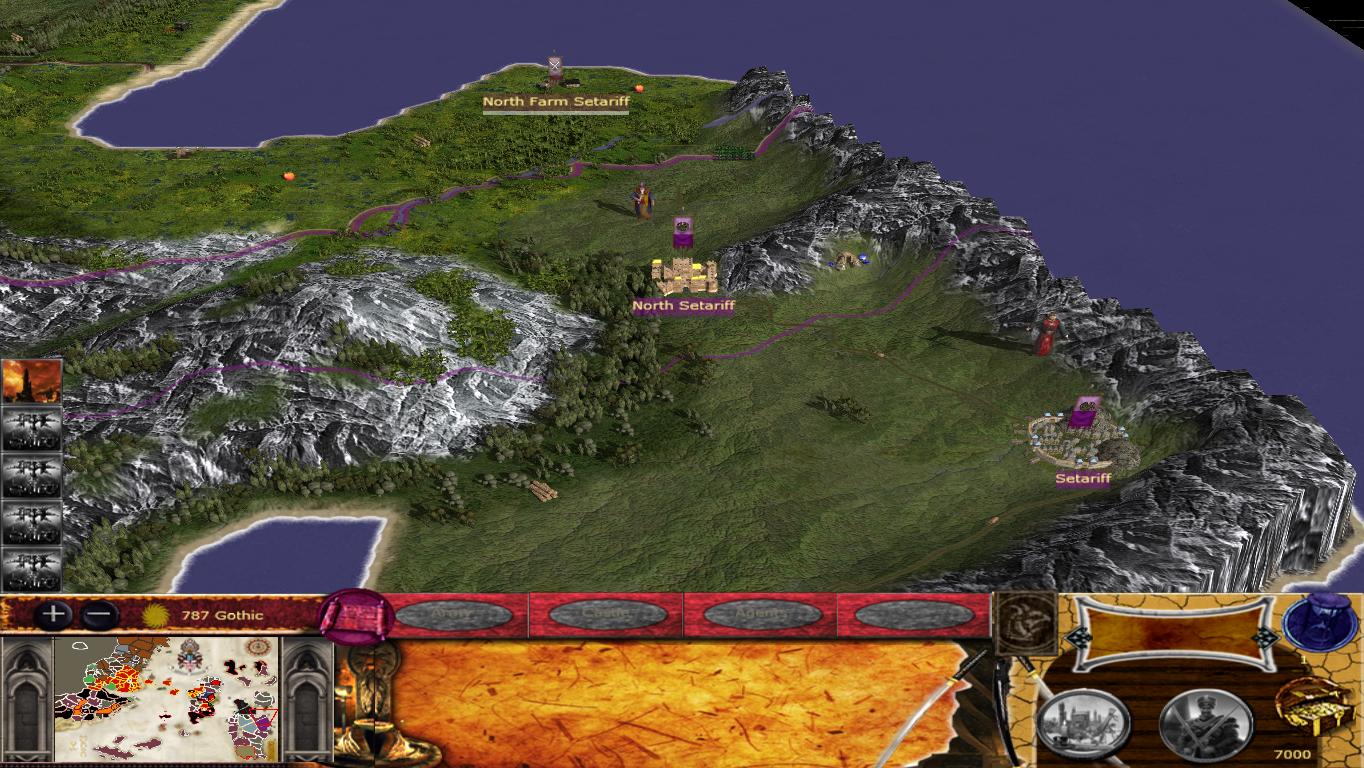 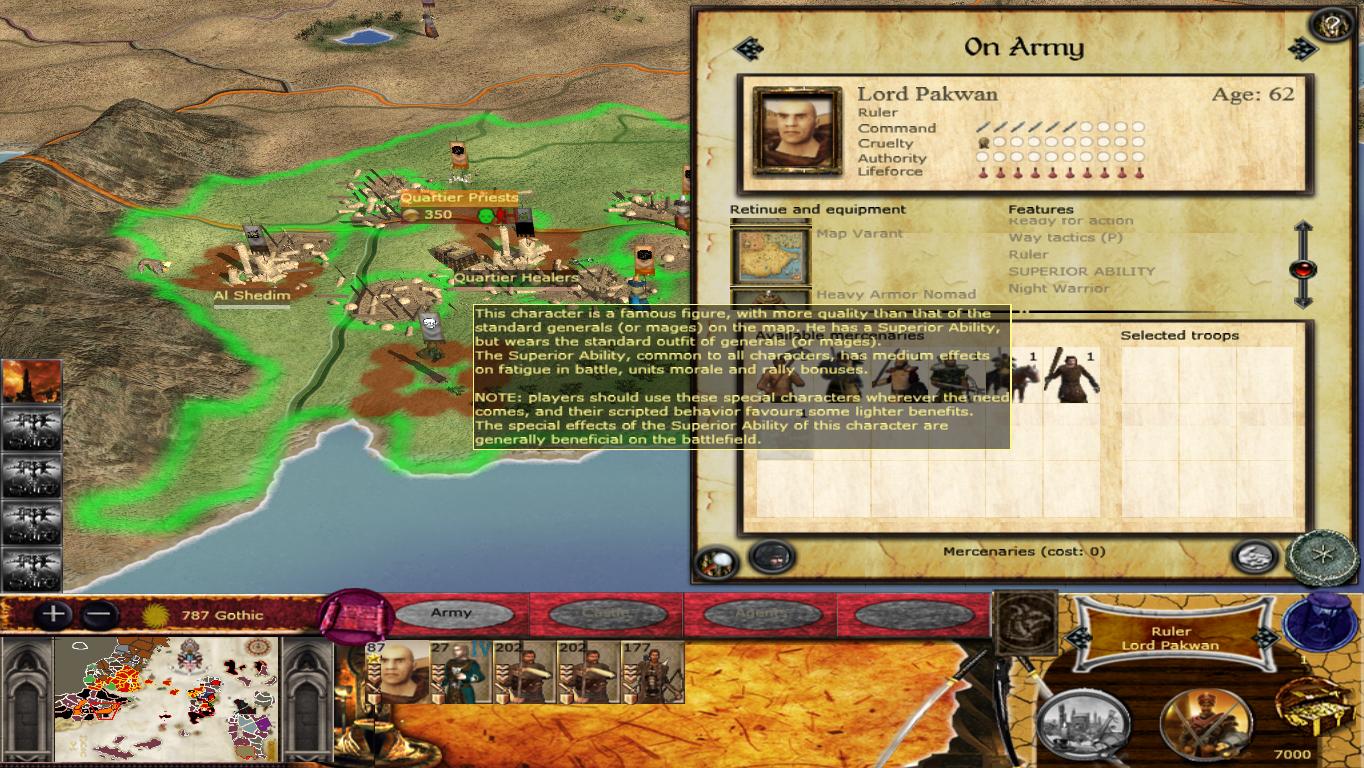 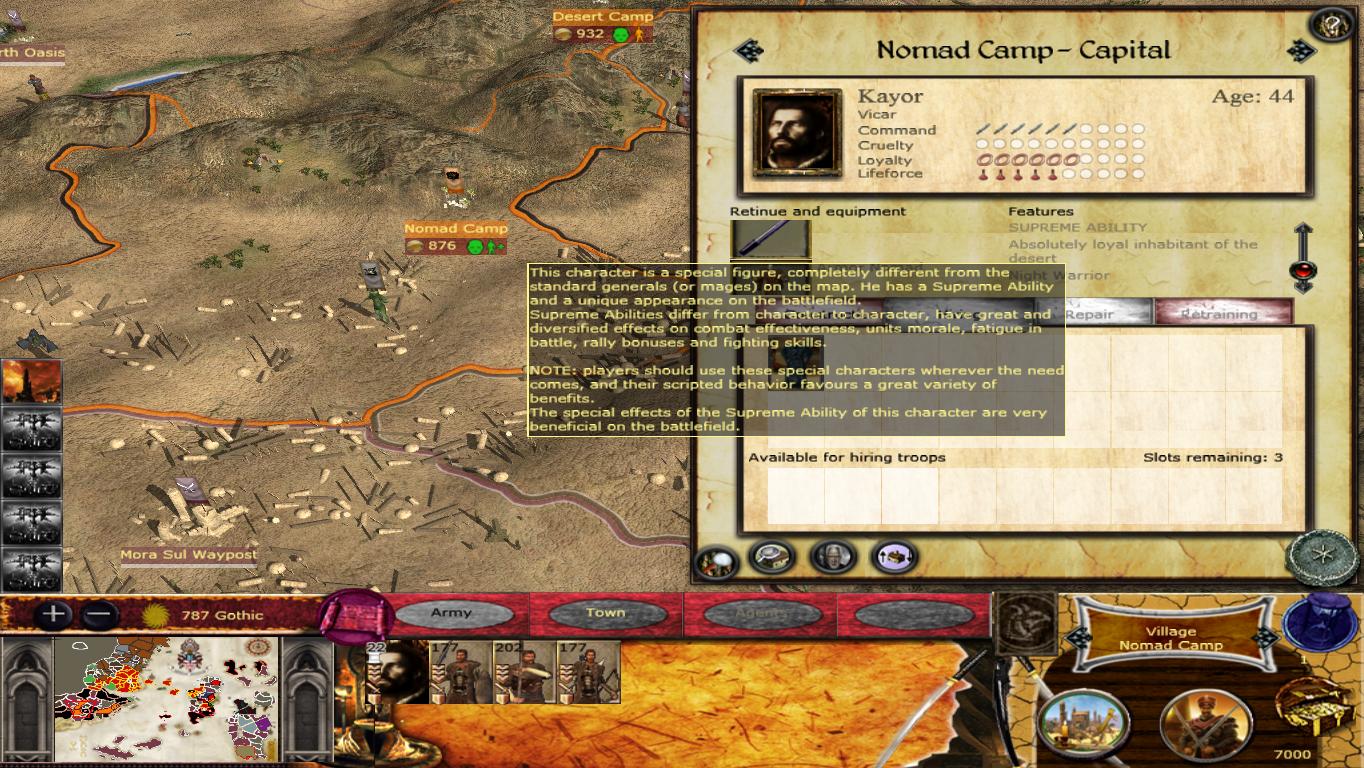 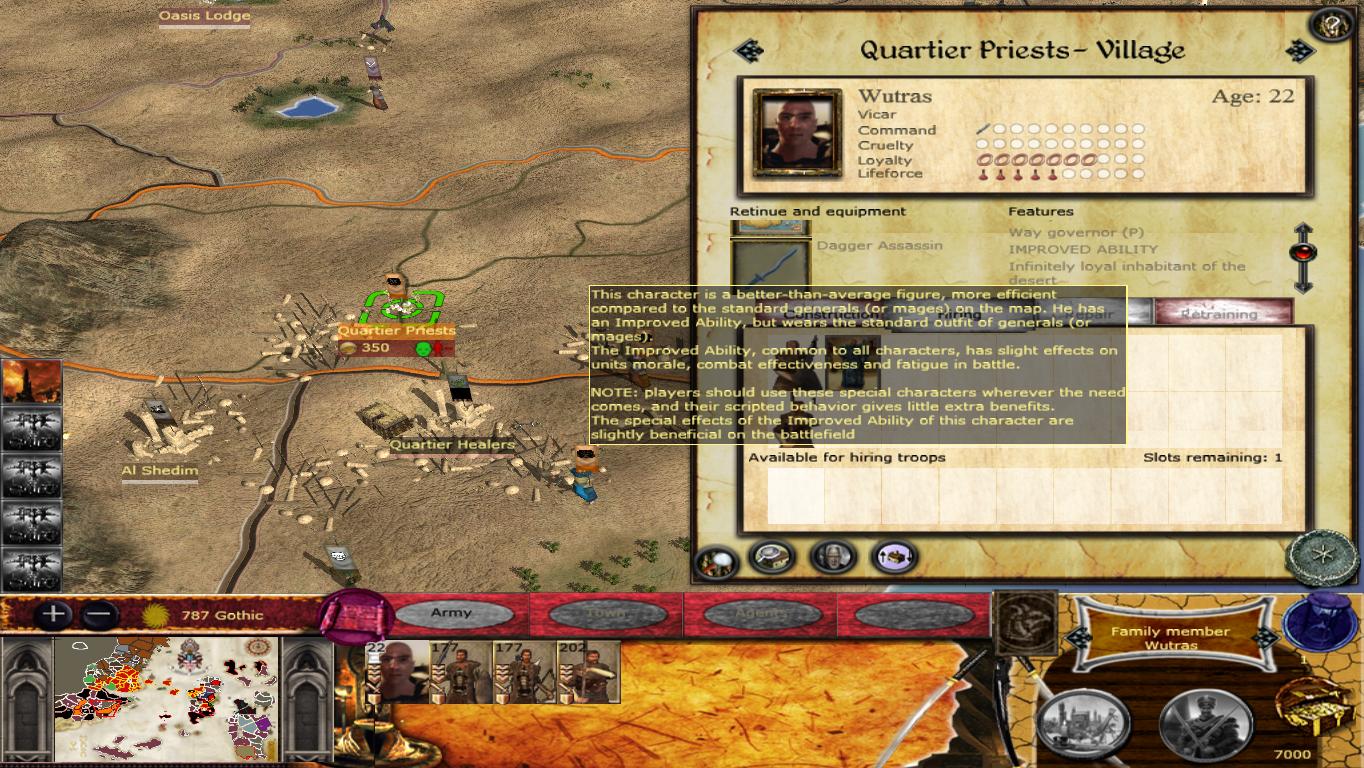 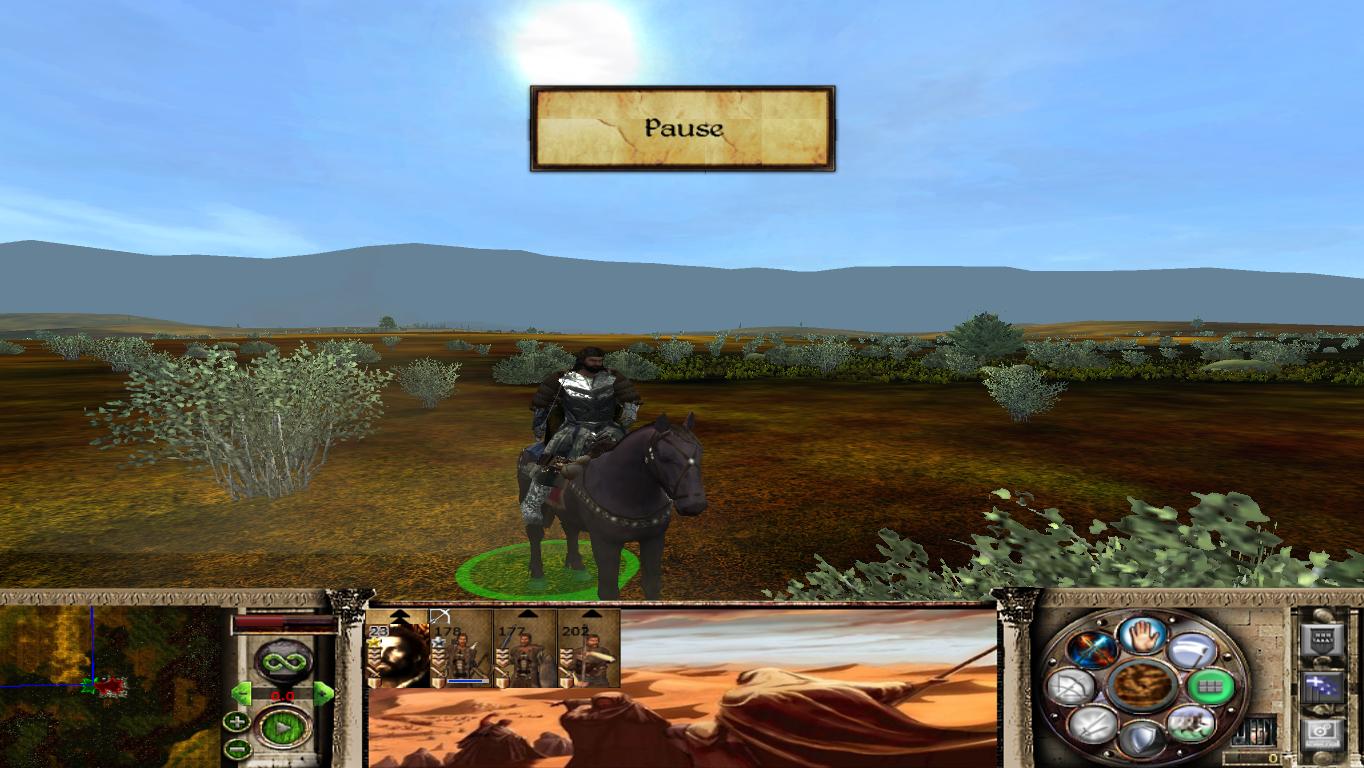 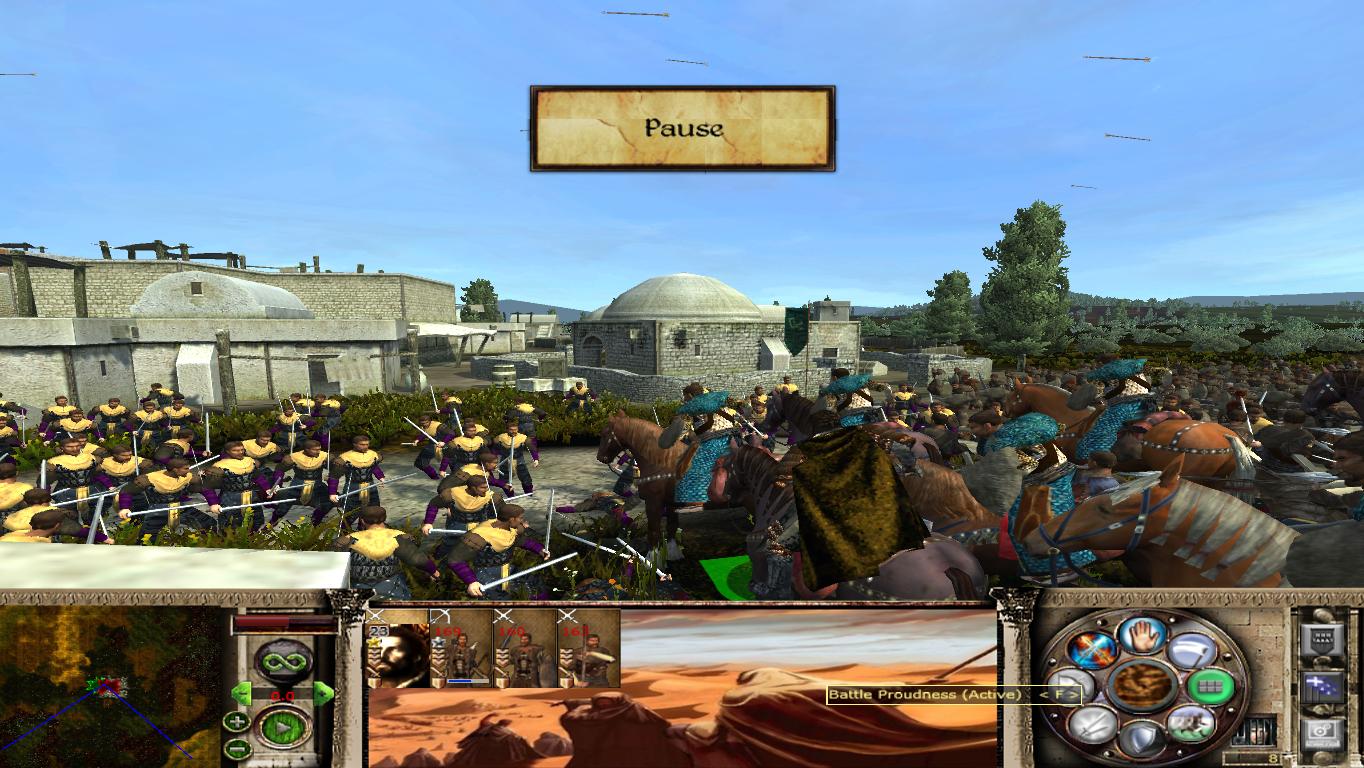 Finally, the procedure/installation process related to the new 2.6.1 version:

- Medieval II + Kingdoms Expansion (preferably CD version instead of Steam)
- Game Version: 1.5
- Sufficient space on your H-D
- Decent Graphics Card: the mod now uses sharpened textures for environment, poligons and other components which may require more in performance
(Advice: to increase your gaming performance, you may download and use gaming software that improve FPS, for example I use Razer Cortex: Game Booster. Moreover, if you feel confident, you may clock your Graphics Card to raise its power).


INSTALLATION:
- First, if you already have a previous version of CoM, you have to uninstall it completely, as now it's obsolete. Then, you can proceed with the new 2.6.1 archive installation, using 7zip or other archive openers to access the mod content.
After installing Chronicles of Myrtana 2.6.1, prior to start a new game YOU HAVE TO:
1) Go in data/text and delete all the files named "txt.strings". They are 27 in total to delete, hence after their removal you must have 29 remaining files in the "text" folder. (They will be regenerated by the engine)

2) Go in data/world/maps/base and delete the file "map.rwm". (It will be regenerated by the engine)

3) Create a desktop link of the file batch named "Gothic Total War" (the file which is needed to start the game). You can use the appropriate icon provided by the mod, called "redmask8003he".
After this procedure, you can finally start the game and play!!!


CREDITS
My special thanks and all recognition go to the VK Community which greatly supports me all the time.
Moreover, I want to really really thank people from external sources who helped my team and I in many many ways, giving suggestions and advices.


IMPORTANT NOTICE (Optional Choice)
Gothic TW: CoM exploits the RBAI (Really Bad AI). Hence, it's good to use the optional add-on for this AI, which greatly improves AI behavior during siege battles.
From my personal gameplays, the AI gave me hard times with the exploitation of this addon, hence do not miss this opportunity to install it.
Namely, the add-on is called: Settlement Tweaks
For the installation procedure, please refer to the official RBAI page on TWC:
Twcenter.net!
It's a good norm to install the add-on in the data\settlements of your Medieval II folder (I did the same, better than installing it in data/settlements of GothicTW folder). Hence, it will be applicable for all installed mods that exploit the RBAI.


FURTHER NOTICE
In case you appreciate the passion we put in this mod, please leave your comments in the Comments Section of the Mod Page, here.
For any questions and thoughts to share, I'll be present to provide support.
Thanks from the GothicTW Team!


NEXT PLANS
Despite I will stop the ENG development for the time being, the future commitment of GothicTW team will be targeted to the completion in-game of the add-on custom campaign "Valley of Mines" (same skeleton as the "Fellowship Campaign" for TATW), a new tailored campaign map is planned for it, and further customization for battle map settlements (we're searching a good mapper for it). 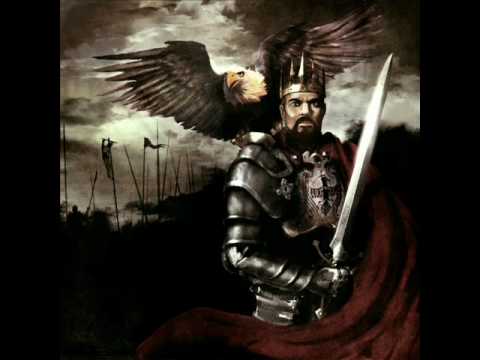 From the whole Gothic TW Development Team, we wish you a great experience and a lot of fun with the new CHRONICLES OF MYRTANA 2.6.1

oh my god, is this reality?

Yep yep, GothicTW is no more a mystery for the MII platform, but a concrete reality, eheh...

I tried installing this mod and it appears to be not working. Could I have some assistance?