Post news RSS Gorescript – Vote for us on Steam Greenlight!

AmusedSloth is proud to announce it's partnership with Sergiu Bucur to publish a reimagined, modern and richer version of Gorescript, a fast-paced '90s-style first-person shooter with an abstract 2.5D-meets-voxels aesthetic.

AmusedSloth is proud to announce it’s partnership with Sergiu Bucur to publish a reimagined, modern and richer version of Gorescript, a fast-paced ’90s-style first-person shooter with an abstract 2.5D-meets-voxels aesthetic.

The first step for that is Steam Greenlight!

Gorescript is a fast paced first person shooter game built in a homemade game engine by a single person.

Taking place in a pixel universe dominated by relentless monsters out to erase you from existence, the game is a throwback to all the shooters at the beginning of the genre history.

Gorescript puts a pixel gun in your hand and lets you loose into crazy levels guarded by blocky horrors.

Gorescript grabs you by the hand and dumps you in the middle of a pixel spitting monster horror show across 18+ levels. You are armed with pixel guns and your wits. Ammo will run out and your wits will soon follow.

In this hectic retro-shooter action you’ll find yourself at home if you’re either a speedrunner trying to kill what you can, grab the key and stay the hell alive or an avid seeker of secret doors and passages nostalgic for the wall-licking that 90’s shooters made famous. 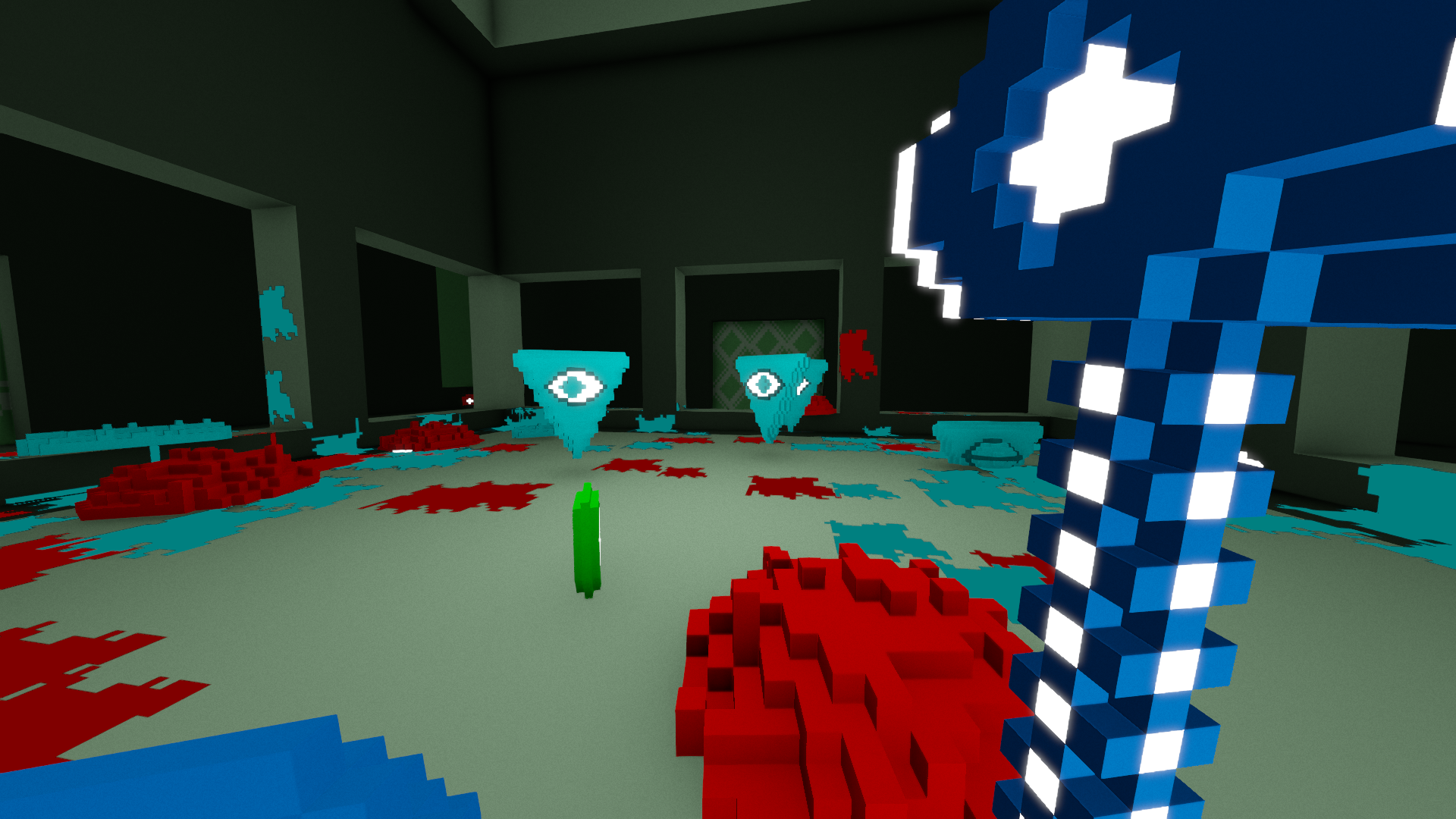 Gorescript cranks up its ridiculous difficulty up to 11 with the masochist and blackout game modes. You’ll be able to face hordes of enemies and even explore the game in darkness, your only source of light being your weapon firing (hoping you’ll hit something). You can also add to these the ultimate cherry on top, Permadeath. 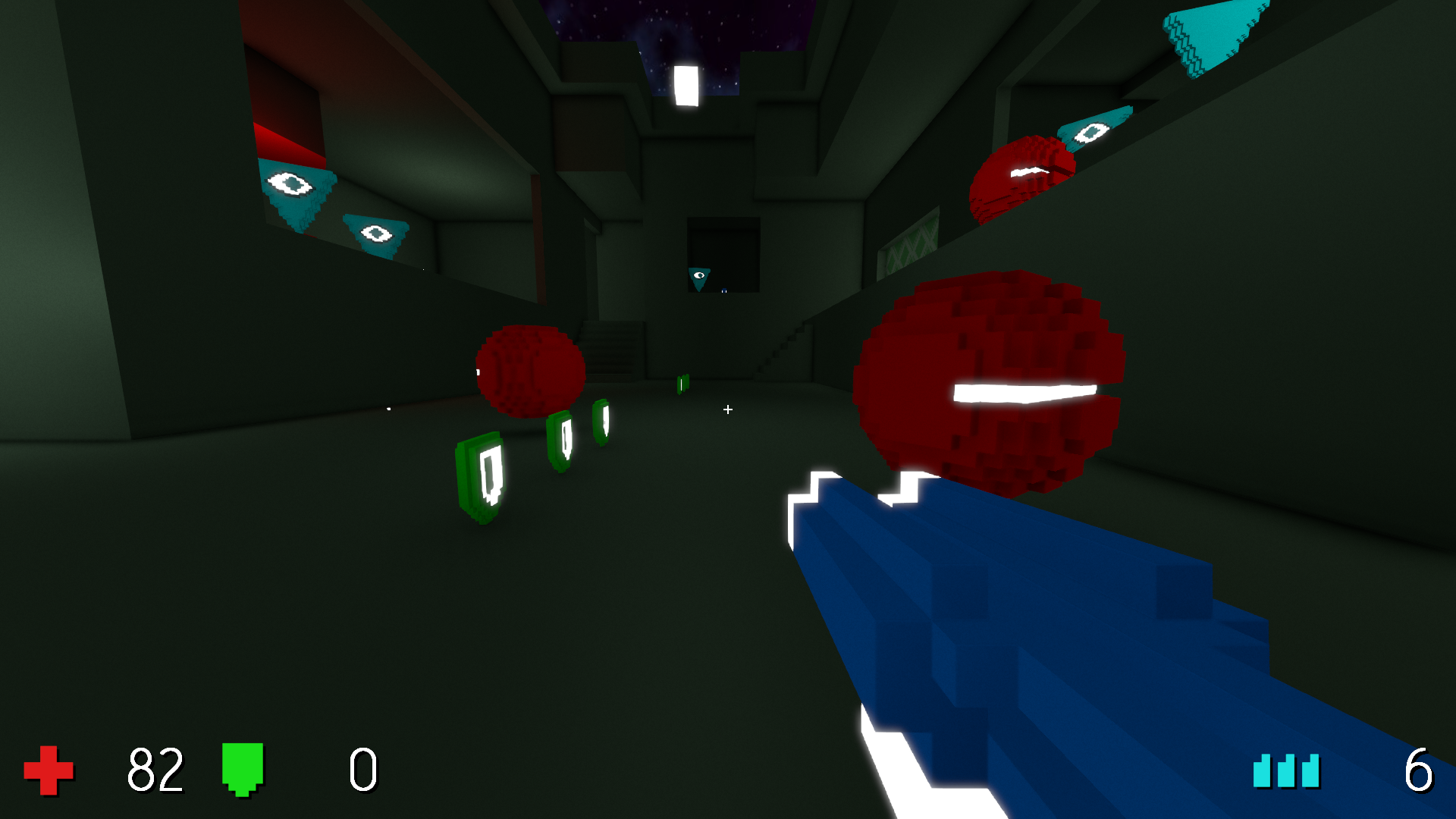 With over 350.000 players and thousands of Youtube videos from fans for the ancestor of Gorescript, Gorescript Classic, it is time to move forward.

The new Gorescript comes with even more levels, more weapons, and more challenges.

For this reason, we’ve decided to take our game to meet new players on Steam.

You can find us here. Try the game for yourself and cast your vote!

The pre-alpha demo comes with 1 level and all the game modes
to get a feeling of the pixelated gore fest we have in mind.