Weapon Packs are almost complete. But Singleplayer are still WIP.

The Goldeneye Doom: Reloaded mod... yes, it's still WIP (Mostly the Singleplayer, and it difficult to say something so...).

So, here the update reports: 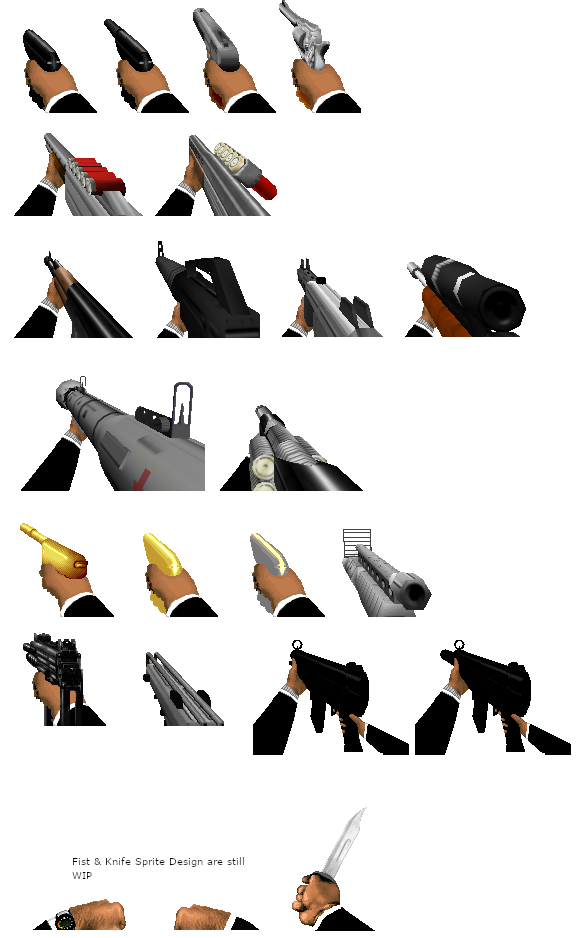 It's the exact same as the KF7 ROF & Damage but badly in Ammos, it's use PP7 Ammo Type

NOTE:This Weapon does not exist in Goldeneye 007, It's a custom weapon add to the first Weapons Pack mod.

Secondly, 3 Singleplayer Maps (a.k.a Demo Version) can take a month to finish:

I sometimes too lazy to making maps because all maps were made by my own hands, and it's difficult to make a perfect maps with out to complex maps. But don't worry... It's half-complete :)

Finally, the first Weapons Pack will release after I complete some incomplete stuff (

(Im not hurry at this stage so... yeah. I pretty half-stupid at writing because I really need to think before write this post, forgive me...)

The grips of the Silver, Gold and Brown PP7s look weird, like the bottom is bending to the left.

Hello.
Great work and all for the weapons.
But i don´t understand the sentence "I sometimes too lazy to making maps".
This is based on that old Doom Goldeneye Mod, right?
Aren´t there already all maps there?