Version 1.2 is now available for Gods of the Fallen Land! 1.2 adds a new playable leader, new mechanics, items, difficulty settings, and more! A Steam version of the game is also being released.

Update 1.2 for Gods of the Fallen Land is now available on itch.io. This is a significantly larger update than the previous update 1.1. A new playable leader character has been added along with a number of other completely new features and mechanics. New enemies and items are also included, but before I get into the content of the update...

Gods of the Fallen Land is coming to Steam on July 31st! The Steam Version will include unique features like Steam Cloud saves and Achievements. All existing and future owners on itch.io will have the option to claim a Steam version key through itch.io using the request key button on their purchase page. 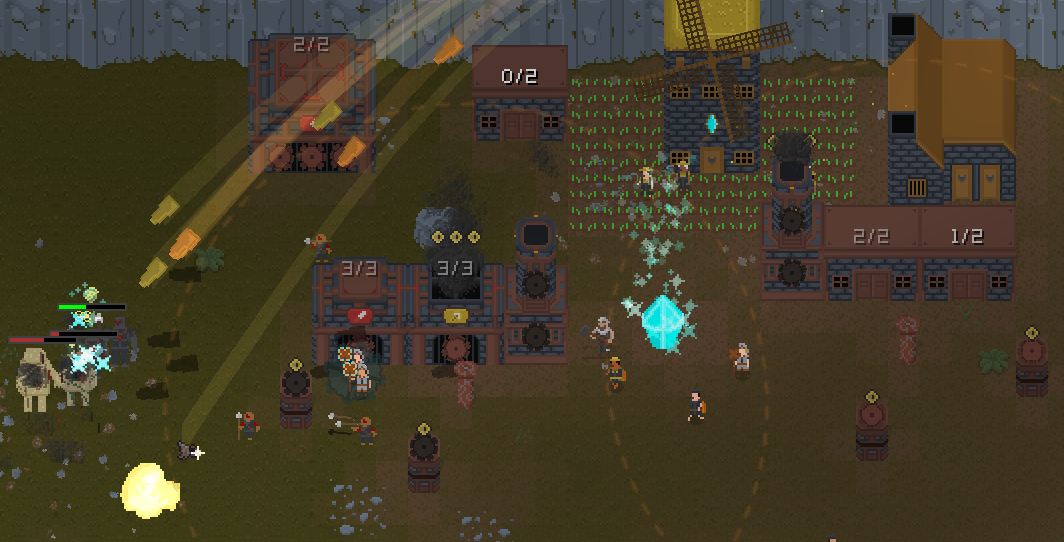 Meet the new playable leader character: the Forgemaster! He plays quite differently from the existing leader (the Sage). The Forgemaster has more health than the Sage, his standard and charge attacks are solely melee, and he's immune to stun effects. His building options consists mostly of new choices aside from the Mill and the Smith. The main difference however is that many of the Forgemasters buildings can be manually upgraded to increase their effectiveness. 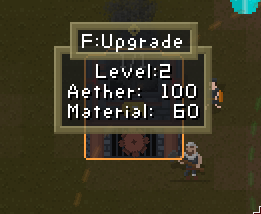 The way he acquires combat units is different as well, rather than assigning followers to a building and setting them to combat roles the Forgemaster’s Forge buildings produce combat constructs themselves. The power and number of these units is determined by the upgrade level of the Forge producing them. He also has access to strong defensive buildings, along with a unique type of ranged support unit capable of healing units and repairing structures.

All of the Forgemasters skills tie into each other, the central theme being special Aether Spikes. Two different types of spikes can be placed with skills 2 and 3. They offer different benefits and last indefinitely until destroyed by an enemy.

Skill 1 is a large AOE hammer attack with a ranged projectile, however each slam of the hammer will also immediately trigger the spikes if they are active.

Skill 4 will send all spikes on the field into an overcharged state, they will gain additional effects such as knock-back, direct damage, and range for the duration of the ability. There is an upgrade available that also allows this to affect buildings, buildings under the effect of this skill will perform all of their automated functions more quickly so it's especially effective with wards.

Skill 5 also incorporates spikes of course but I’ll leave the exact details of this final skill a surprise. It is however an extremely powerful skill that requires a high leader level to use and also posses the longest cooldown of all skills in the game. 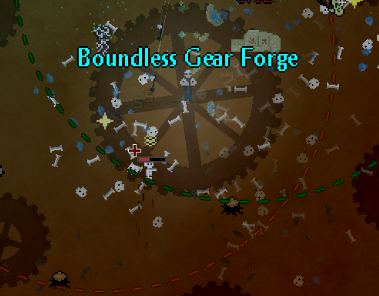 Crumbling idols can now be found scattered around the map, each idol will ask for an offering of a specific type of resource, such as Materials, Aether, or Food. Providing an offering will give a random chance for an effect, effects range from small chests and minor items to extremely beneficial unique items or even unique units.

A Lifeglass Cross is a single use item that can revive recently killed followers.

Enemies equipped with special items now have a chance to appear. The higher the threat level, the more often you’ll be fighting gear equipped enemies. Enemies equipped with gear will be tougher than the normal enemies, most will also buff enemies around them in various ways. Some grant speed, healing, or protection. There are other effects as well. Make sure to prioritize these dangerous foes. 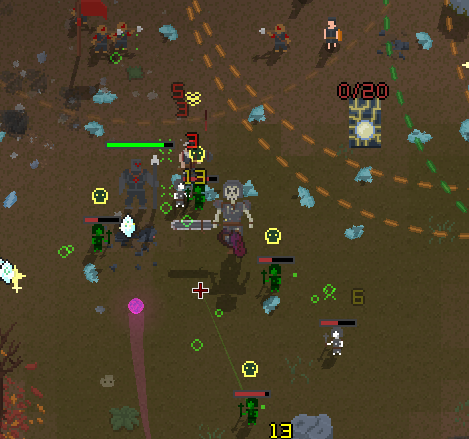 A difficulty selection has been added when starting a new game, Hard mode offers a more challenging option. In Hard mode threat increases more quickly over time, enemies have more health, and enemy gear is more common. The finale event has also been reworked to offer a more challenging final hurdle and includes a new mechanic. I won’t go into detail, but I hope you’ll find it a more satisfying experience.

This just covers the main points here, but there's more to see in the 1.2 Update. 3 New enemy base types, a new Sage skill, UI improvements, and many more tweaks and bug fixes. Be sure to take a look at the full patch notes below!