Release G.M.B. mod by LORD_VALROY version 4.5.0! The main goal of the mod is to completely improve the Strongold Crusader game without changing the game concept and balance. Modification is easily customized by the player. You can easily disable any changes that the modification adds. New maps, new fortresses of computer opponents, change of color by the player, new additional missions, new backgrounds and much more is waiting for you! G.M.B Mod - these are new impressions from the old game!

There are no better words than the list of changes! 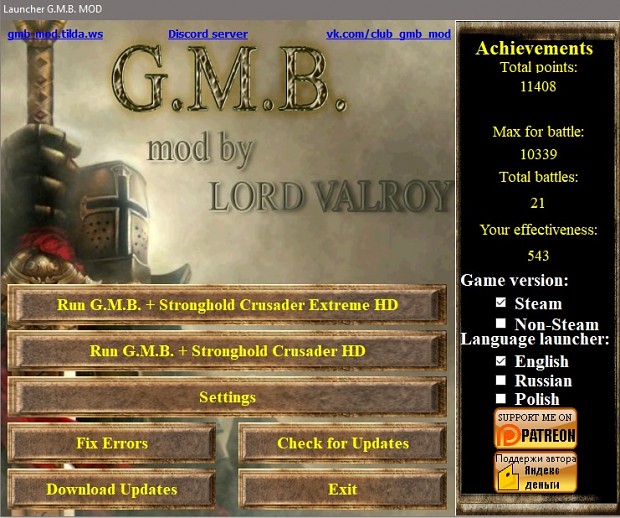