Join the game today. The focus of this month’s development will be polishing mechanics rather than implementation of more content. Things we will work on will be getting the interior of the town and castle accessible, more combat mechanics as well as improvement on equipments such as the ability to use flaming ammunition and the ability to attach standards to polearms. 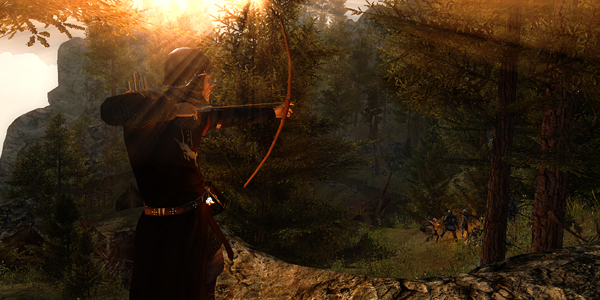 We will be shooting a series of spectacular videos soon and will be needing actors as well as extra cameramen to capture some epic footage. If you already have access to the Pre-Alpha and are interested in participating please email me on l.zhu@gloriavictisgame.com with your computer specifications and resolutions to be added to the mailing list.

There was great progress in terms of the game world with the latest update almost doubling the amount of land available for players to explore, in the newly created areas there are several waterfalls, a river, windmill, ruins and most importantly the much awaited town! We have also made huge updates in terms of the ambiance of the world from a sound effects perspective. Footsteps made by players are dependent on the shoes they are wearing, strikes on armour will have different sounds depending on material as well as different sounds for sheathing and drawing weapons, map is now fullfilled with next 270 mob respawns as well as a marked improvement in game performance (players experiencing up to 2x the FPS).

The focus of this month’s development will be polishing mechanics rather than implementation of more content. Things we will work on will be getting the interior of the town and castle accessible, more combat mechanics as well as improvement on equipments such as the ability to use flaming ammunition and the ability to attach standards to polearms.

Visit us, join the game: 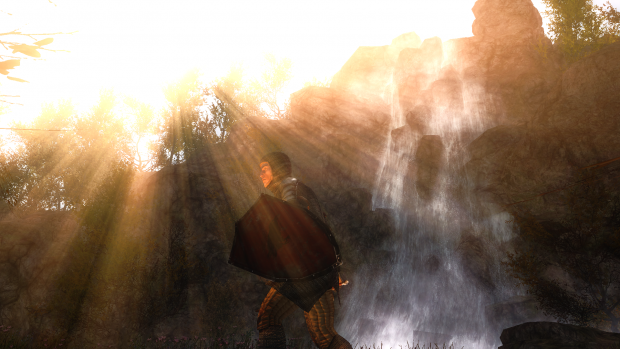 Changelog:
- Added health information for enemies.
- Game performance has been improved.
- Login panel: After selecting “Try again” password field is cleaned and focused.
- Fixed problem with one-hand and two-hands weapons - it’s possible now to start moving and attack at the same time.
- Improved trade window.
- New 270 spawn points for mobs have appeared on map
- Fixed sounds for other players.
- Fixed skillbar.
- It’s possible again to gather resources and open chests.
- Number of resources have been increased.
- Server stability has been improved.
- Added trading between players with the use of command /tradeoffer “player’s name”.
- Added skill bar for equipment items and weapons.
- Added the ability to quickly change weapon from the skill bar.
- Added: Changing clothes/armor takes a short time now.
- Added information about the types of buffs the item has.
- Added healing features to items such as potions and food. They have different types of healing process.
- Accessible world expanded by 50%. Added a river, waterfalls, ruins and some free space.
-Added the first keep to the world, keep’s interior is not accessible to the players yet.
- Added new hidden treasures.
- Pants that have shoes attached, take up the legs and feet slots.
- Added character sounds dependent on equiped items (sounds of shoes, torso armor and shield).
- Added draw weapon sounds based on the material the weapon is made of.
- Added armor sounds based on the material the armor is made of.
- Added more creature sounds.
- Fixed the bug where dead opponents were able to make sounds.
- Improved behaviour of mobs after death.
- Fixed the damage and collision detection issues during PVE and PVP. Removed the hitting without damage.
- Improved fighting messages system.
- Improved PVP fighting system.
- Improved NPCs’ fighting animations.
- Fixed the majority of bugs related to NPCs’ life behaviours.
- Removed the ability of wielding a shield with a two handed weapon. The only available two-weapon and shield combination is bow and buckler.
- Fixed the issue with shooting the bow while moving.
- Improved weather effects, like missing shadows, light and fog.
- Fixed the issues related to changing equipment.
- Fixed the issues with game window / menu placement.
- Added multi-language capability to the remaining menus.
- Fixed tooltip issues.
- Improved display of item’s icons and names.
- Improved resources progress bar.
- Fixed the blocking of gui/equipment while resource gathering.
- Fixed the graphic options not saving issue.
- Fixed the control and key binding issues.
- Improved map geometry.
- Fixed the camera issue during running left with a shield drawn.
- Improved chat. Chat shouldn’t have any contact with the controller. Removed the issue of character moving during chat.
- Improved party system: interface keys are now fully working, first username will be properly highlighted during inviting process.
- Fixed the issues with character losing a weapon during heavy controller use.
- Removed the known bugs related to game freezing/crashing.
- Improved the transition from standing to running when using the bow. The bowstring is no longer released during this transition.
- Fixed the issue of not being able to shoot an arrow just after the start of movement.
- Fixed the issue with disappearing equipment.
- Fixed the chat issue that was occurring since the last update.
- Fixed the freezing controller issue.
- Fixed the issue that made some computers not able to login to the game.