Post news RSS Gladiator School v0.64 is out on Steam!

This update adds a real market to the world, tutorial and crowd in the arena. We have also updated the roadmap with new work in progress. We have some fun stuff in the works for next patch in Early Access!

Update v0.64 adds a real market to the world, tutorial and crowd in the arena. We have also updated the roadmap with new work in progress. We have some fun stuff in the works for next patch in Early Access! 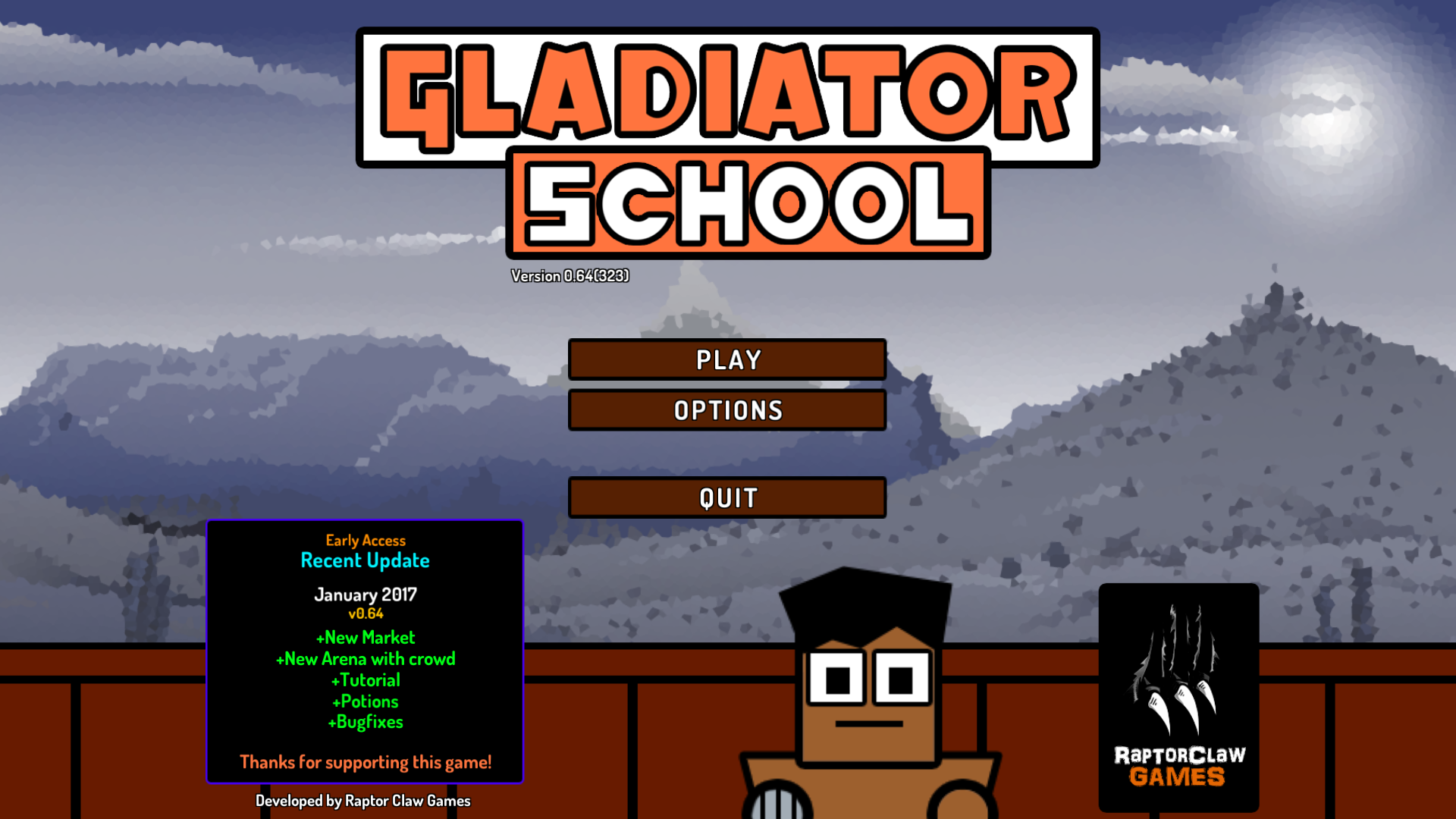 We want to thank everyone for your support and feedback so far! We are glad to have you join us in our journey! 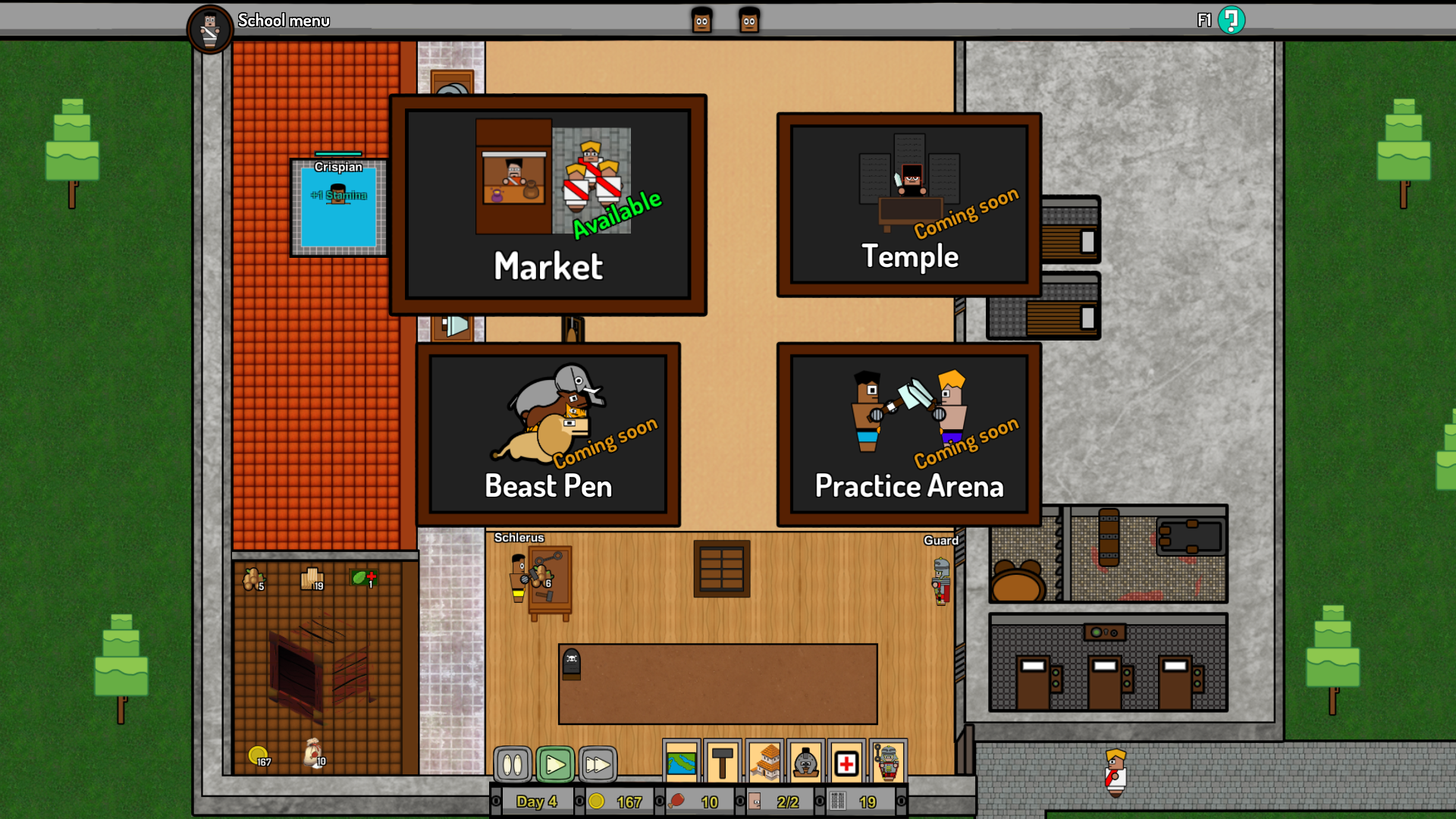 We have also updated the roadmap with new work in progress, most of these new features has been suggested by you guys in the community. We have some fun stuff in the works!

Temple - Make offerings of blood or gold in order to get the gods blessings for the arena.
Beast pen - Train and level your animals and send them to the arena to gain extra coins.
Arena manager - Manage and expand your own arena. Set ticket prices and arrange fights.
Empire rankings - Your gladiators can qualify and compete in Bronze, Silver and Gold rankings. 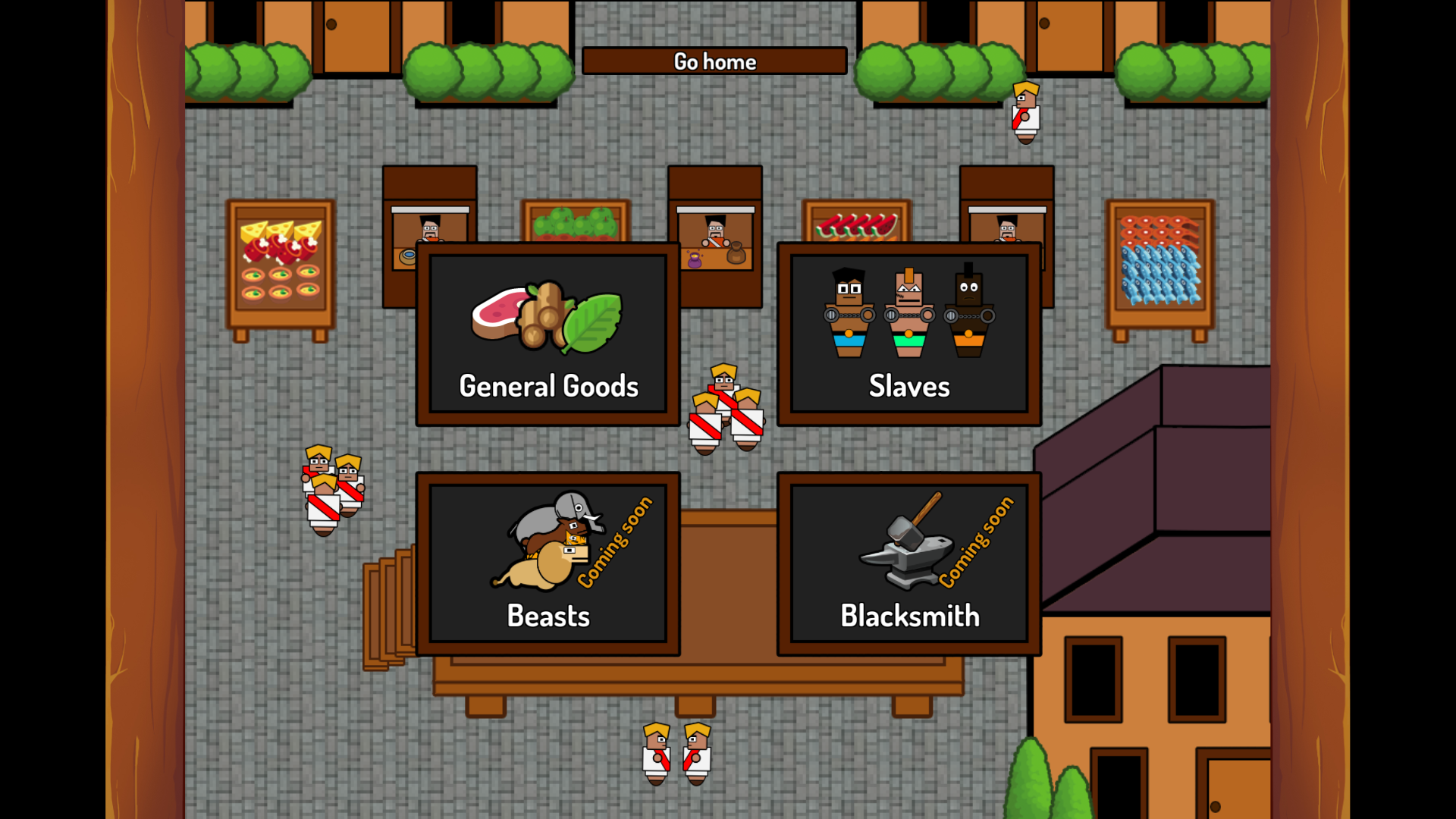 One crucial aspect for us in Early Access is to keep a good balance between improving our core features before adding new ones and focus on fixing bugs and completing half-baked features first. We still want to experiment rapidly with new gameplay and we will do so when there is room for it in the design pipeline. Expect to see some big changes in the future. 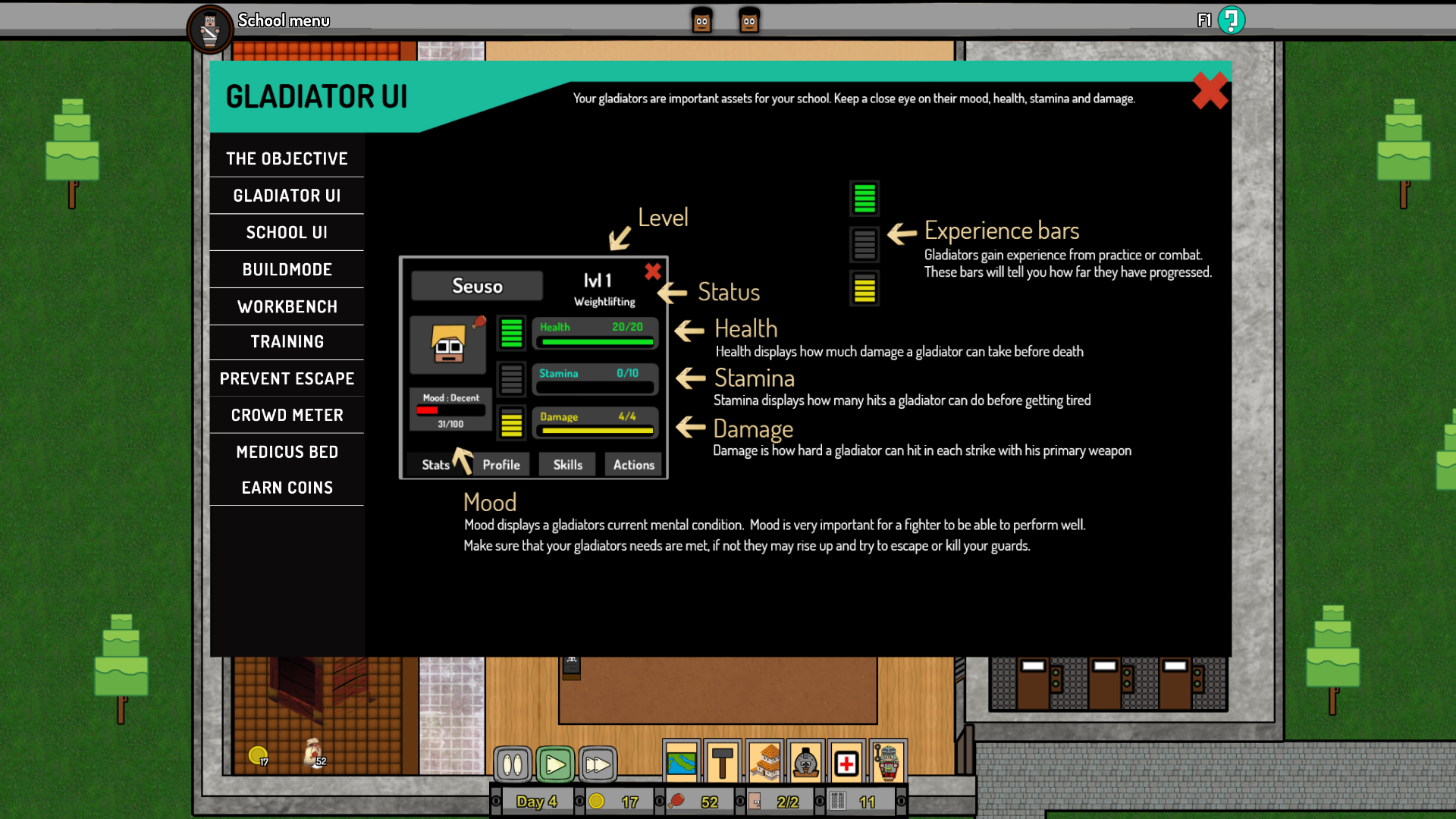 Our team can already feel a spark of magic in the development of this game so far, there is a rock solid foundation to build on and a massive idea factory behind new gameplay for the roadmap. We will do our best to maintain a steady flow of updates. We prefer to roll out one big update each month, but sometimes you can expect a couple of weekly updates aswell. Our top priority is to listen to feedback regarding recent changes first and then take in new suggestions. 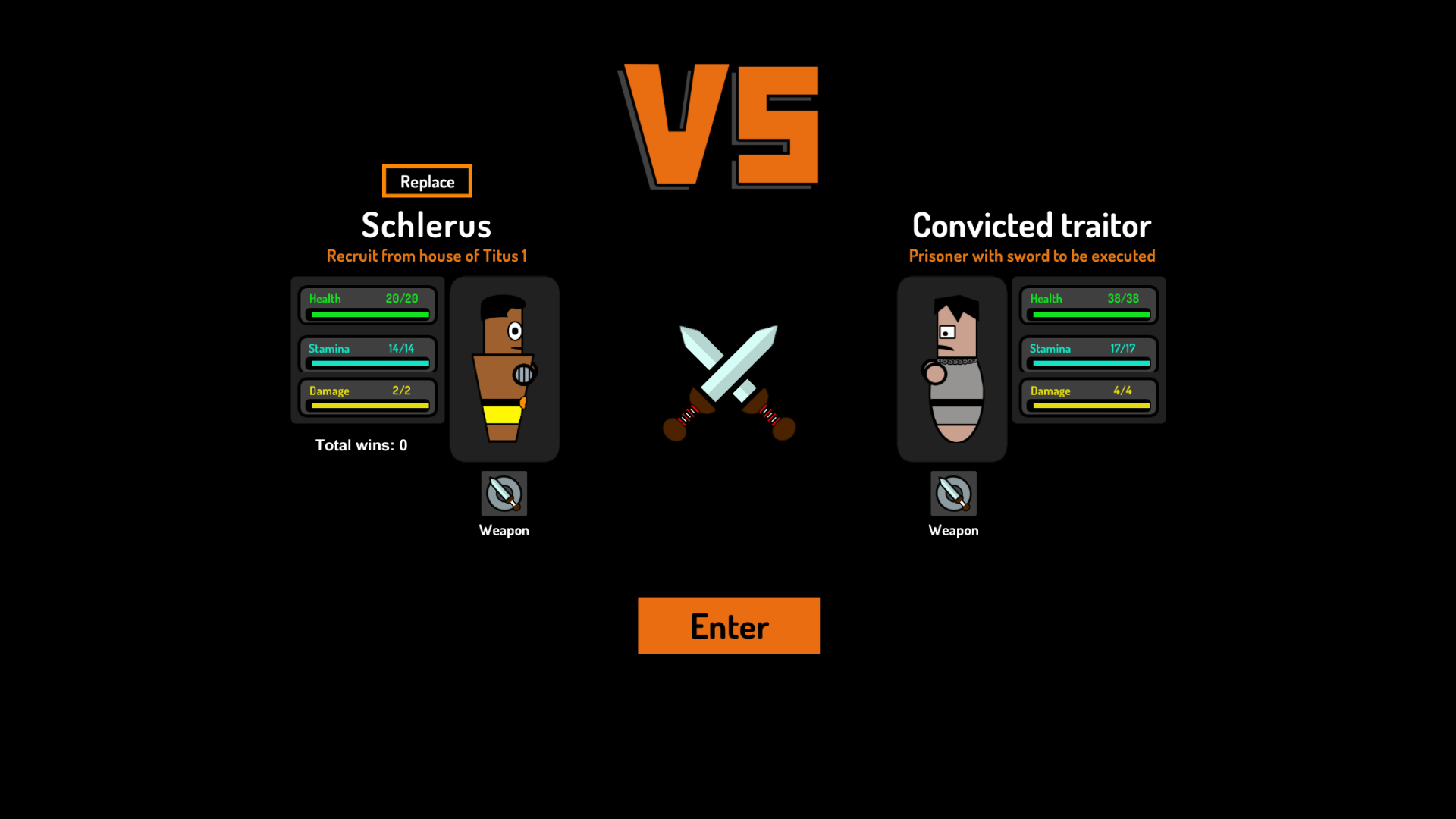 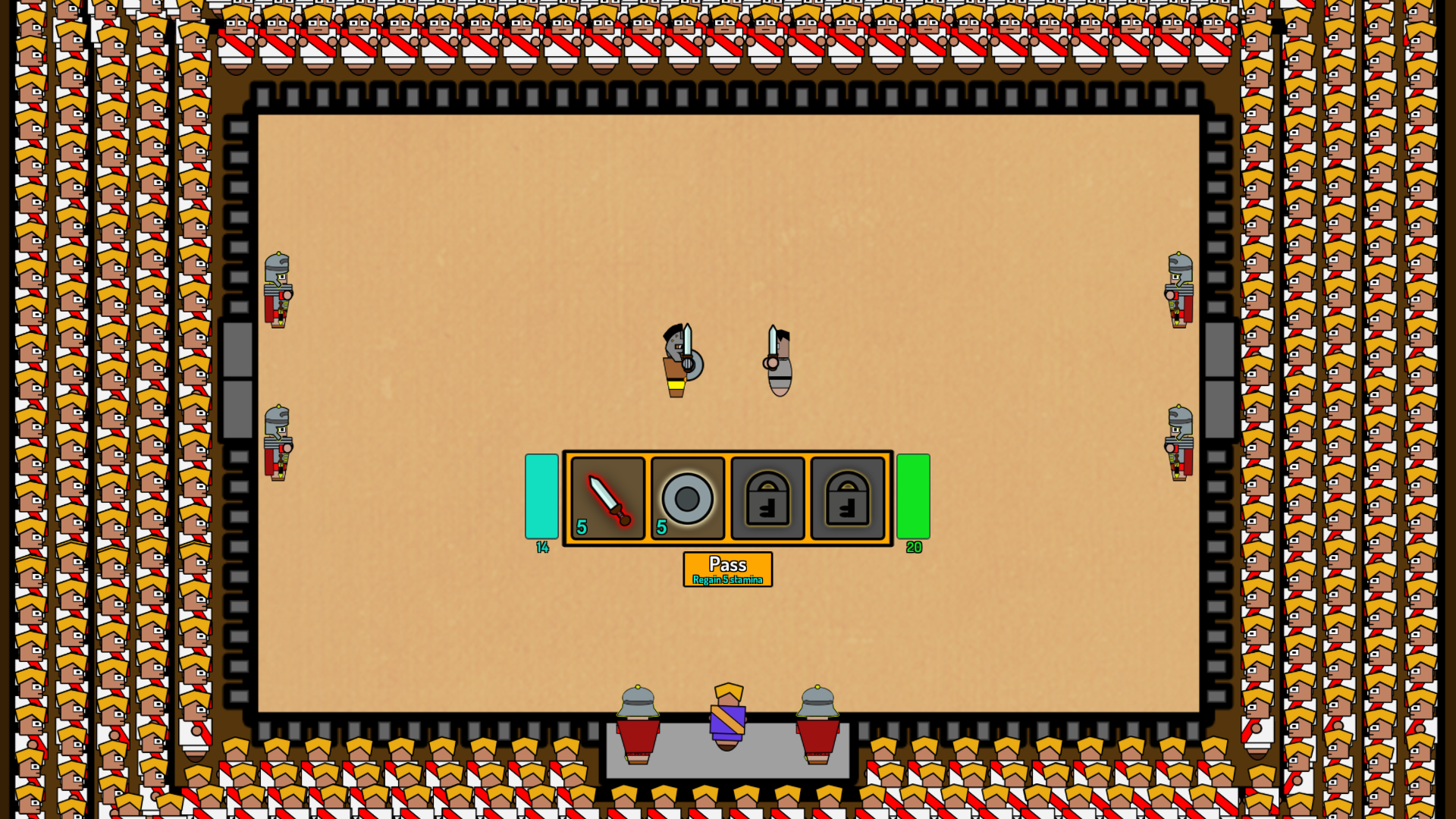 We’d love to hear from you about what you'd like to see in the game in the future. Any and all feedback is most welcome and will help shape the direction of further development. Feel free to drop us a line on the Steam forums! Gladiator School on Steam