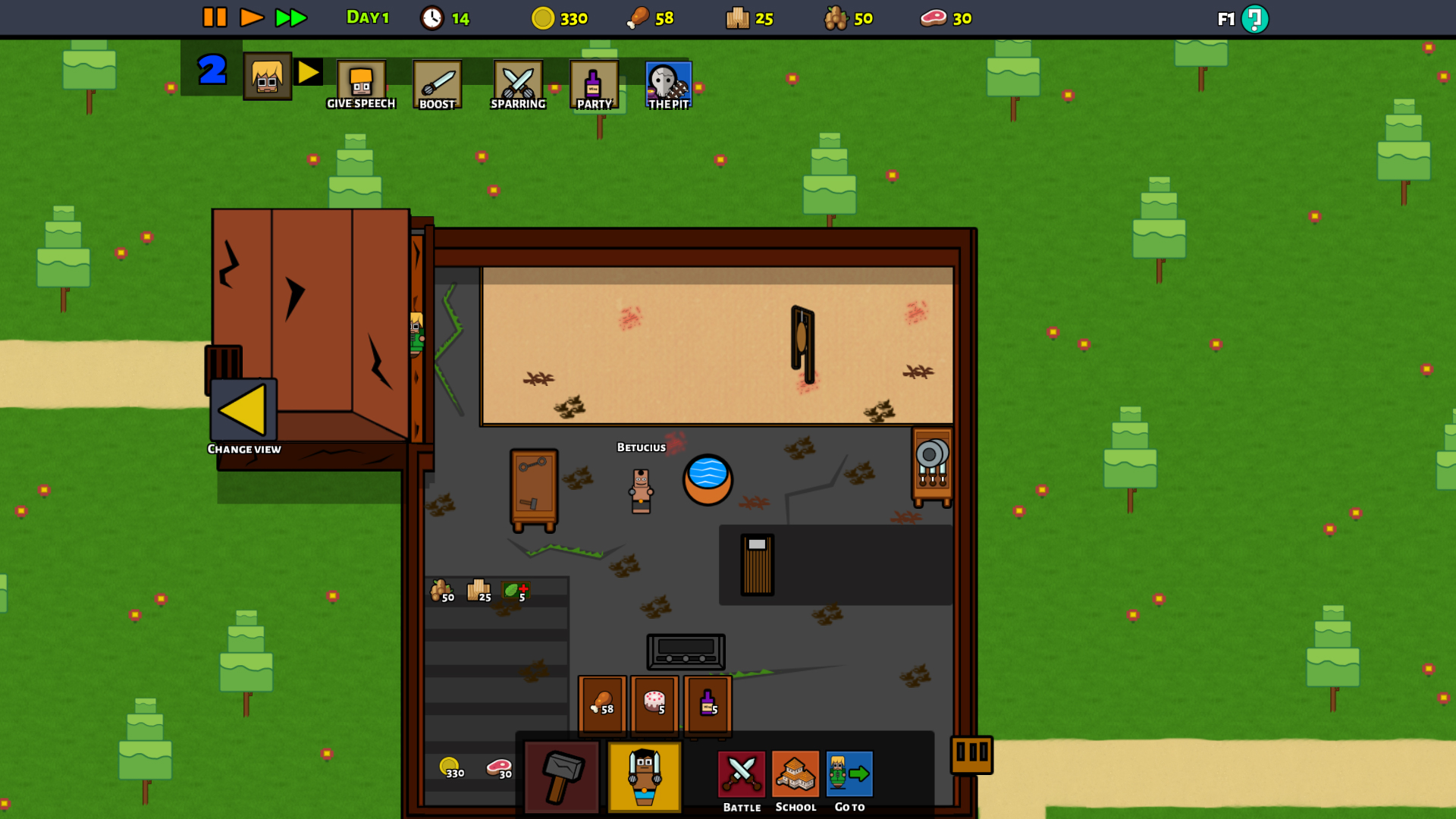 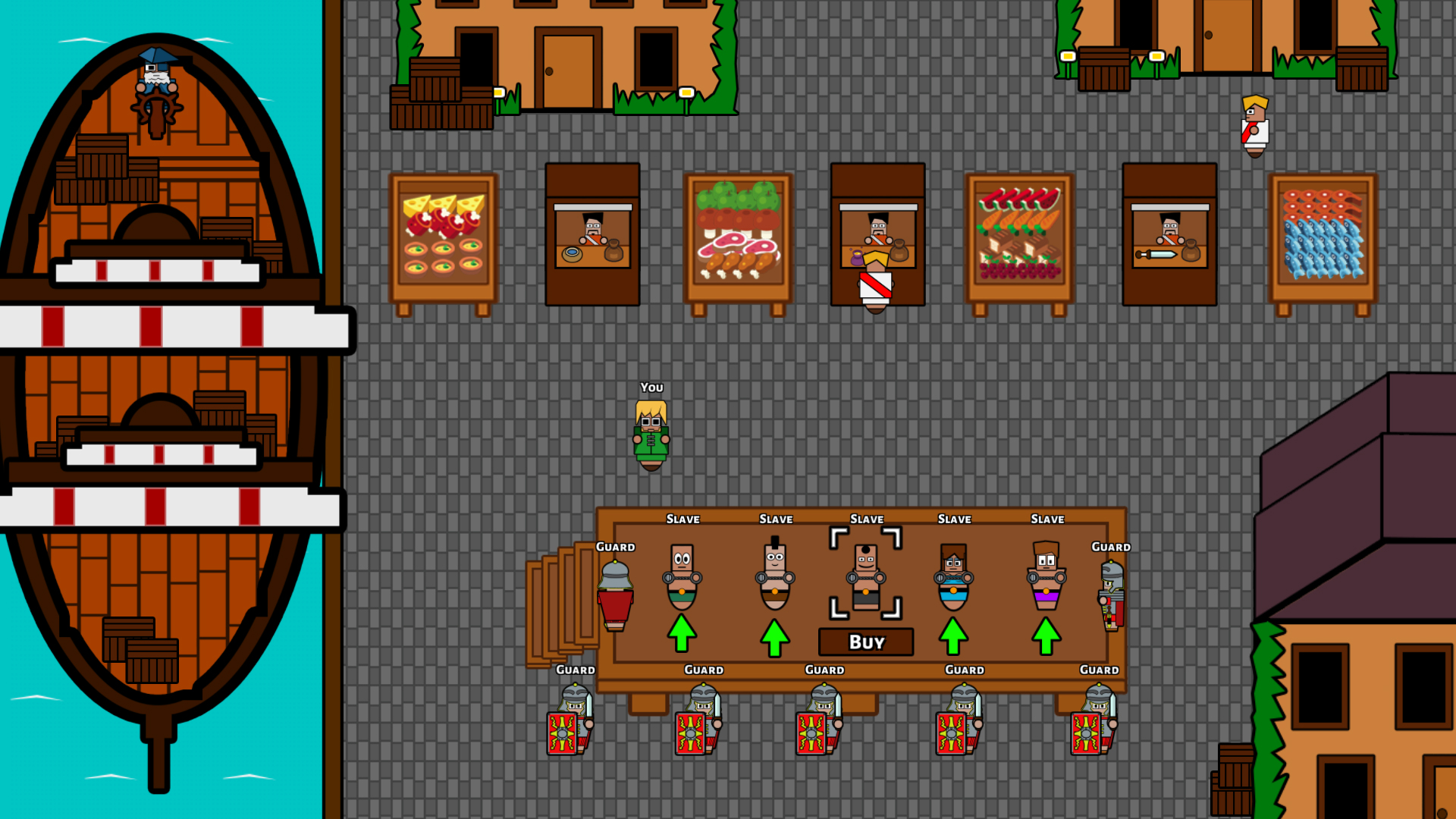 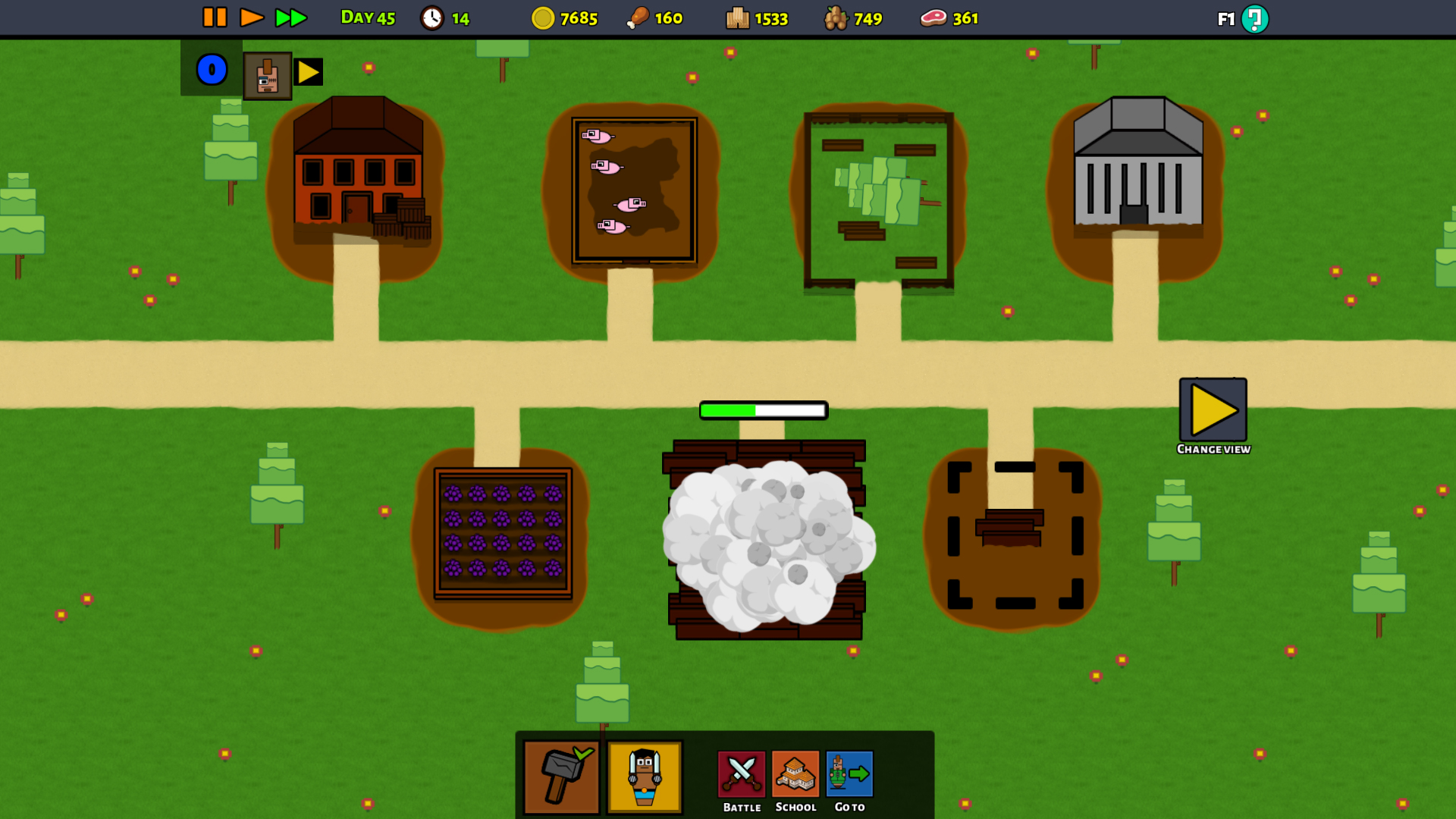 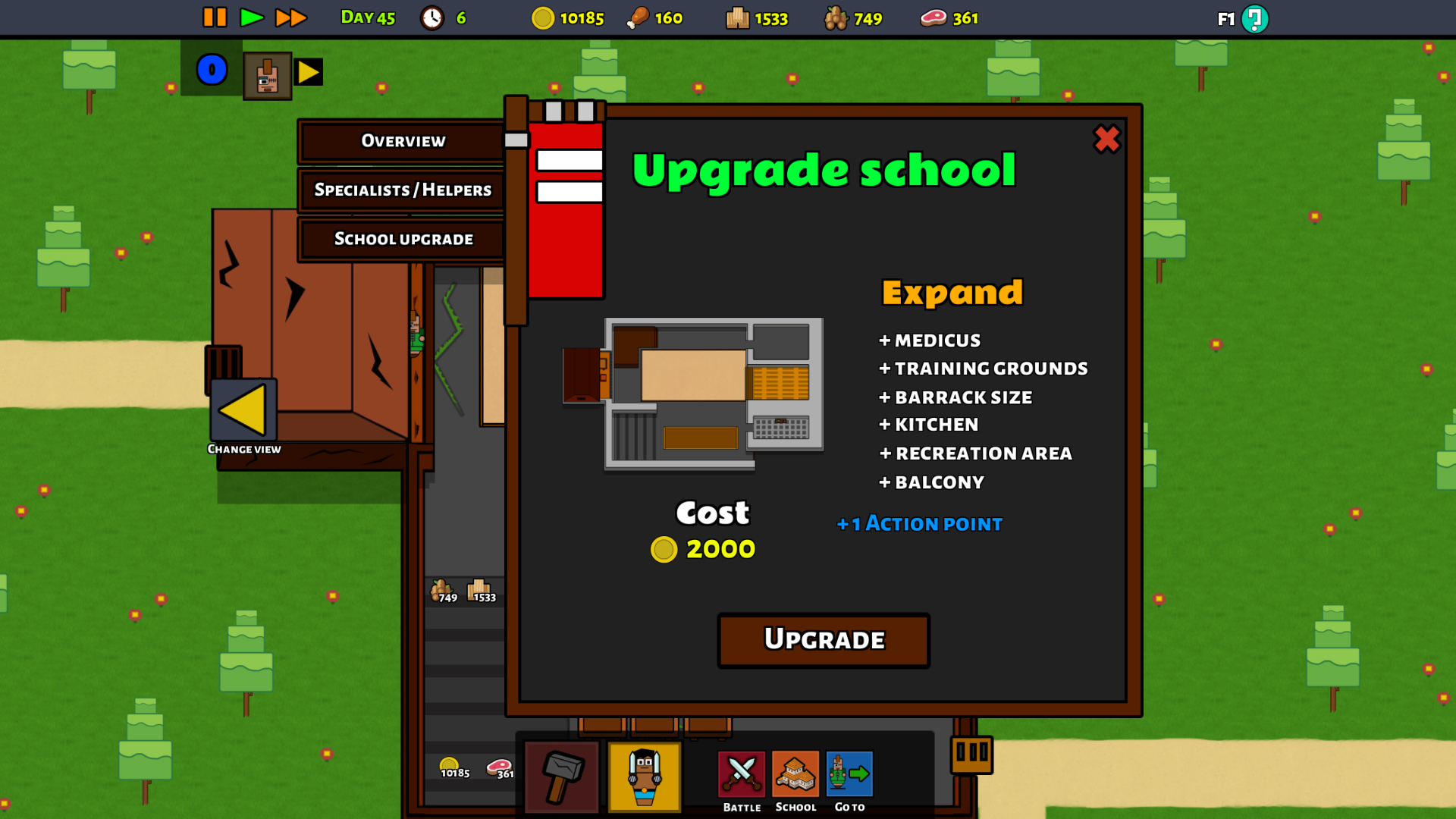 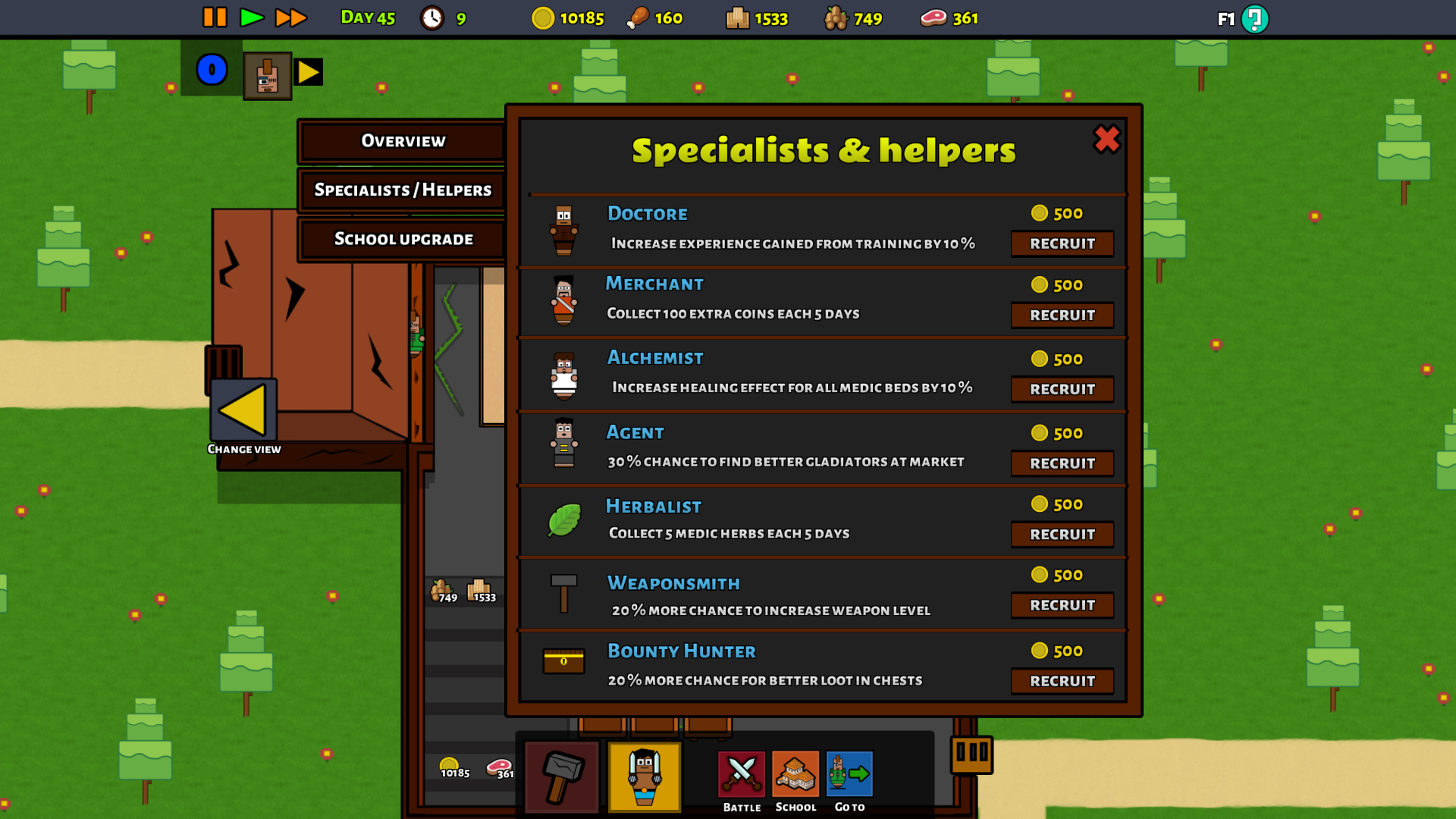 Send out gladiators on contracts 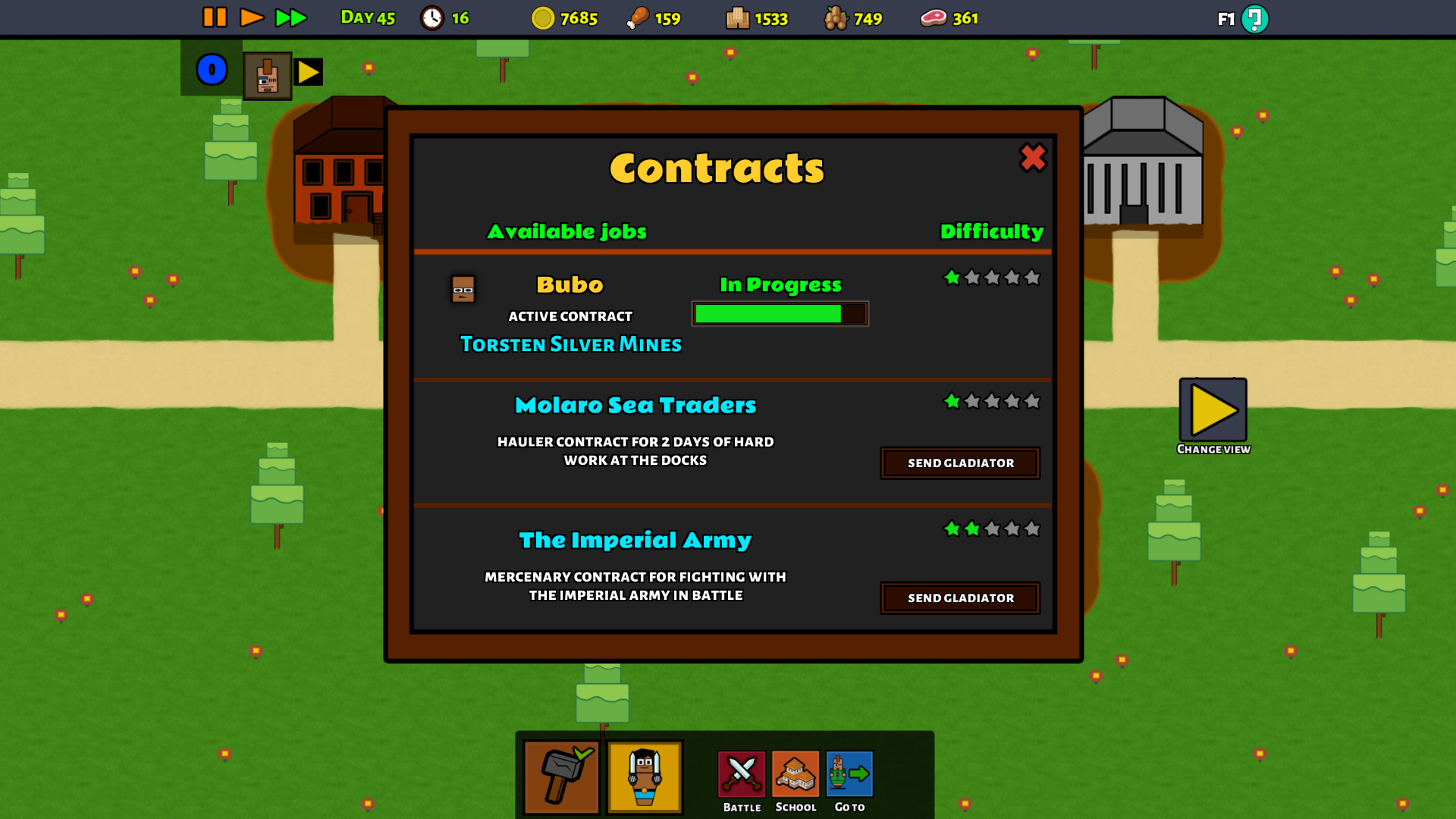 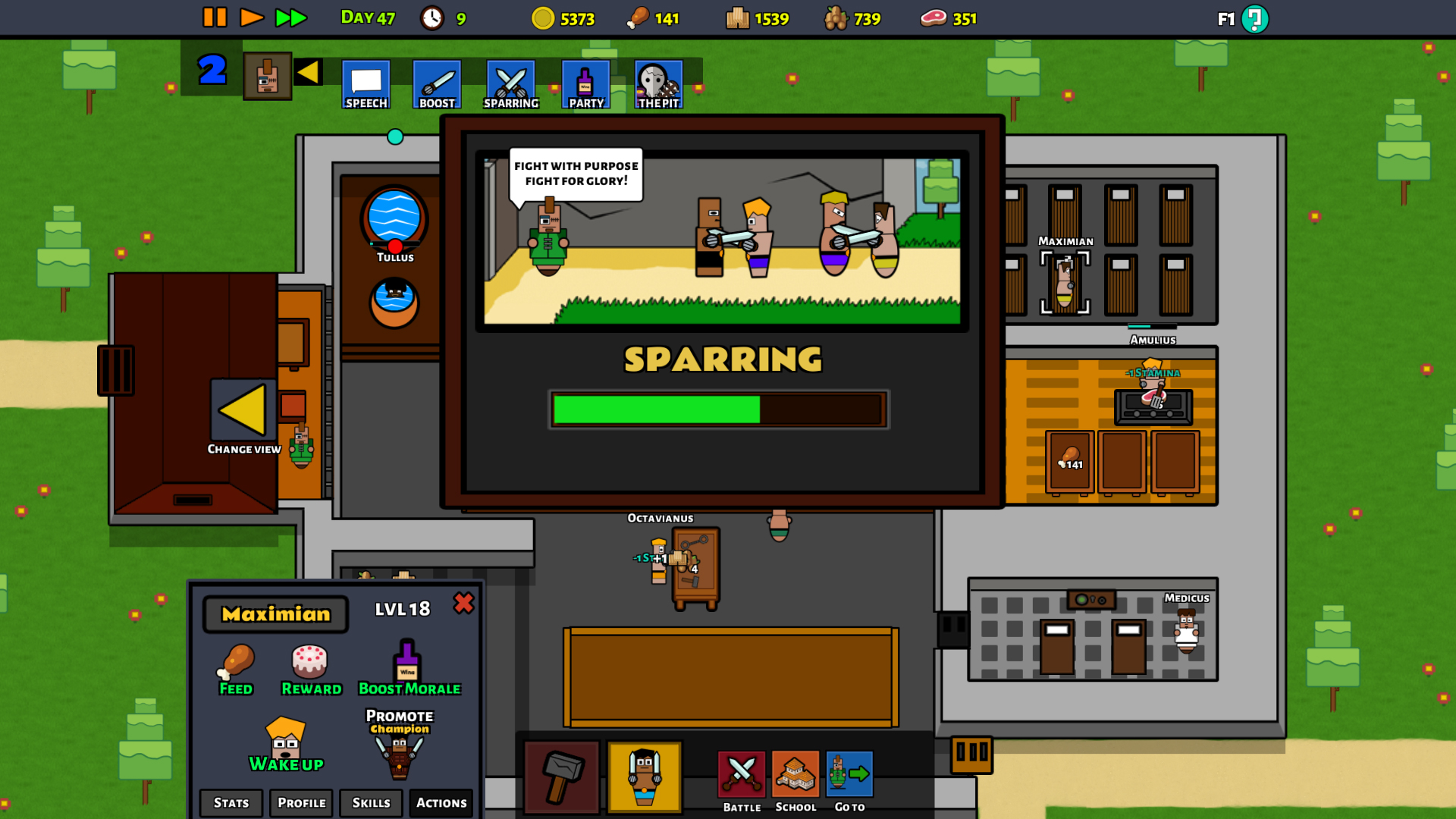 Choose to boost any gladiator in training 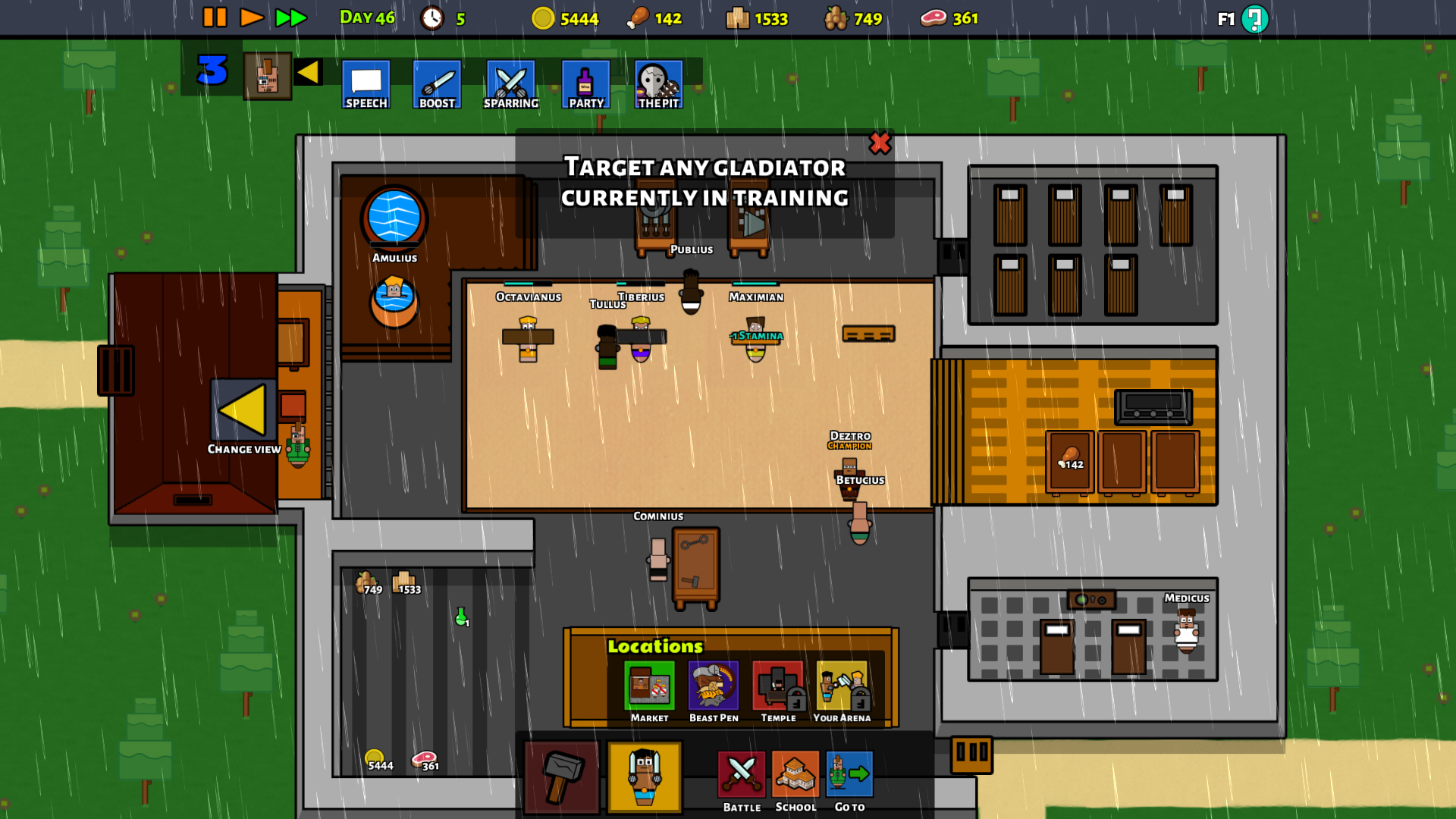 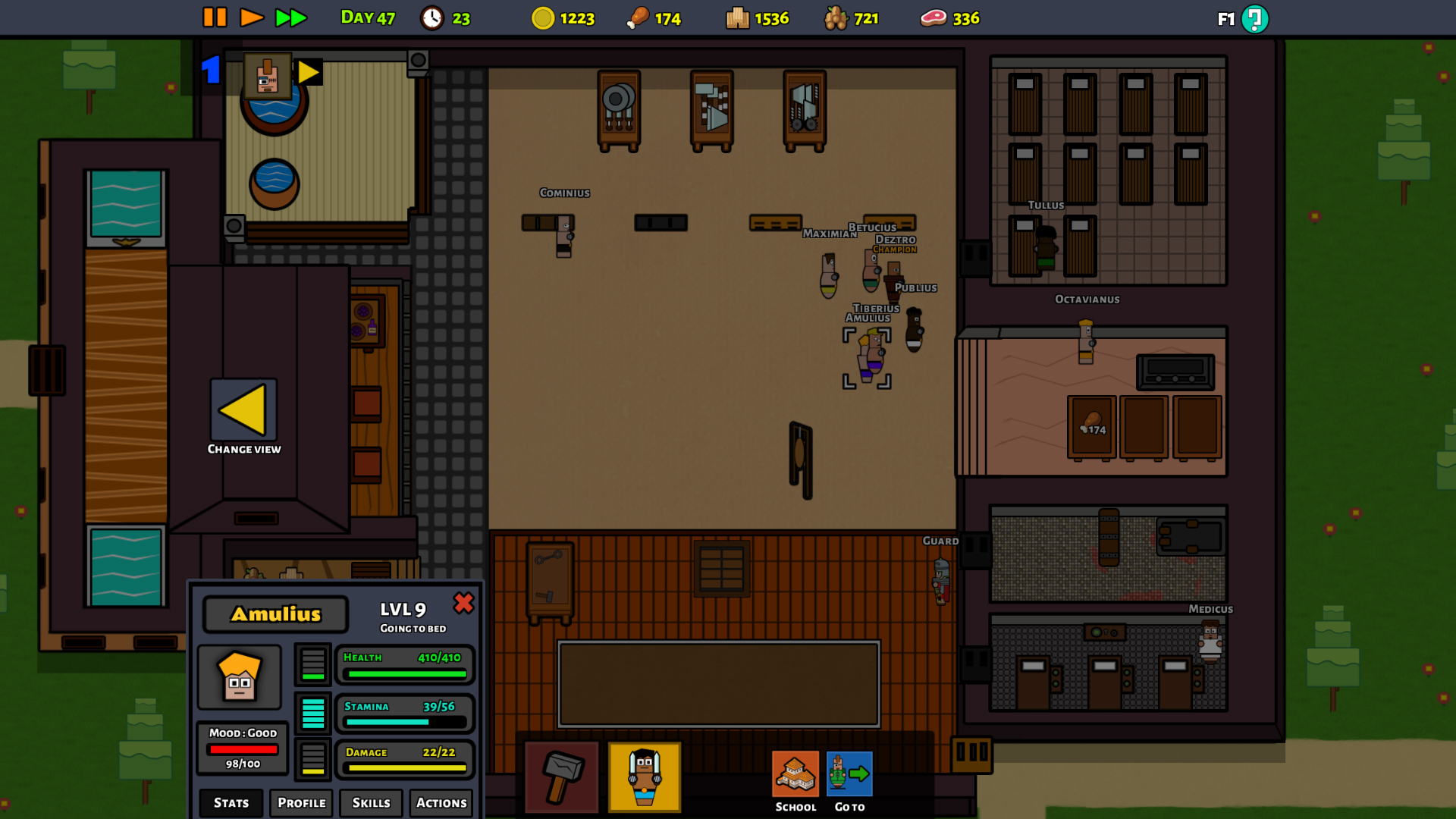 Here are the full patch notes:
- Upgradeable school expansion level 1-3 added
- Harbour and merchant ship has been added to market
- Additional building spots added outside the school
- Contract office has been added
- Assign gladiators to work in the mines or at the docks
- Actionpoints added to interact with the gladiators
- Arrange pit fights or inhouse events now costs actionpoints
- Give a speech to increase loyalty and morale for all gladiators
- Practice boost any gladiator currently using training station
- Sparring added as a group practice that gives skillpoints
- Host a party to cheer up your gladiators, gives well fed effect
- Perks has been added. Choose perk in the start of the game
- Trader[perk] - Start with Merchant(100 extra coins each 5 days)
- Scout[perk] - Find better gladiators at the market (10% passive)
- Tactician[perk] - 1 additional actionpoint every day (passive)
- Dominus[perk] - Loyalty bonus effect every day (passive)
- Leader[perk] - Start with Doctore (10% experience)
- Reworked special buildings and added textures
- Reworked sleep animation and other particle effects
- Numerous other balance changes, redesigns, and bug fixes
- Savefiles from previous version are compatible

Thank you for your time,
Raptor Claw