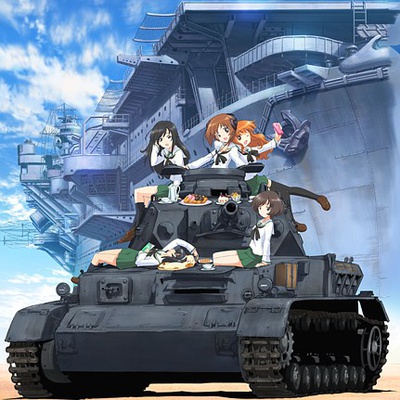 The "Heartful Tank Carnival" eventrevealed on Sunday that production on an entirely new Girls und Panzerfilm has been green-lit, and it will open next year. Tsutomu Mizushima is once again directing the project.In addition, production on an original video anime (OVA) about the battle against Anzio Girls High School has been green-lit. Finally, a fan disk mostly devoted to footage from Sunday's event will go on sale in September.The anime franchise began with a television series that premiered last October. The story centers around high school girls who drive tanks that exist in real life, as they compete in teams. Crunchyroll and Anime Networkboth streamed the anime outside Japan.However, the staff had delayed the last two episodes beyond the scheduled run of the television anime last December. Mizushima personally apologized for the delays, and those episodes, #11 and #12, eventually premiered last month. Mizushima said last year that he personally thinks that the end of episode 12 is not the end of the whole story.Image © Girls und panzer projekt
Post a comment
Sign in or join with: