In this update we add another dinosaur species to the island: Giganotosaurus. The update includes multiple improvements to the environment and dinosaur spawns. Read on to find out more!

In this update we add another dinosaur species to the island: Giganotosaurus. We’d like to hear your feedback, you can chat with us on Discord or give feedback straight in the game.

Giganotosaurus joins the carnivorous dinosaurs of the island. It is a large carnivore and a tough beast to hunt. 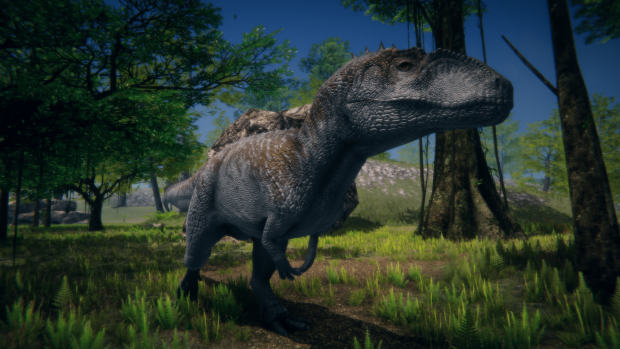 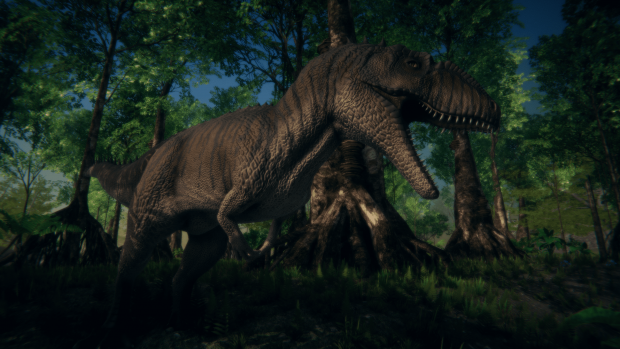 All dinosaurs now have rare variations of them. These variants are tougher than regular members of their species. Dinos also now have variation on their max health based on their size. Claiming rare dinosaurs gives double the xp and coins. Claiming higher integrity trophies also gives more xp and coins. 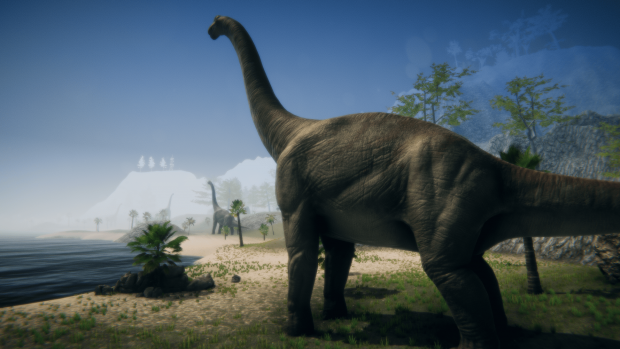 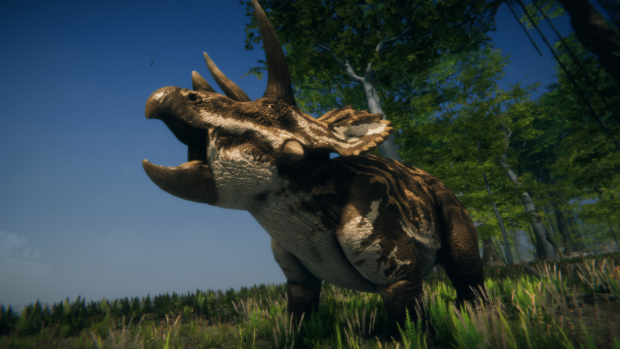 Dinosaurs spawn all over the map and move although the player isn’t near them. This greatly improves multiplayer as the whole island is filled with dinosaurs and all players encounter dinosaurs consistently. Dinosaur groups are now less common for T-Rex and some other species.

The terrain now has 4 times more variants for environment types. New trees, bushes and a river were added. We will continue to add more variations and detail to the environment in the coming patches. 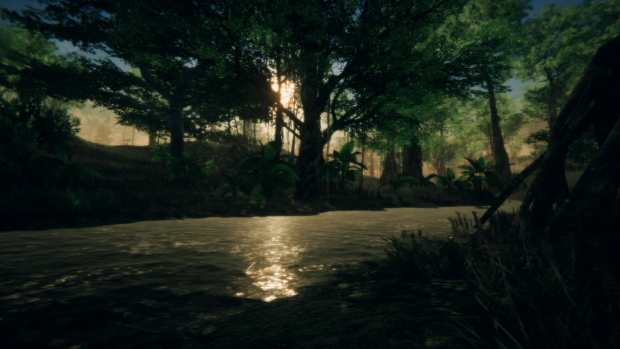 Players can now find a new special location on the island. The cave has a shop but is rather small in size. In the future we’re planning to expand it and add more content. 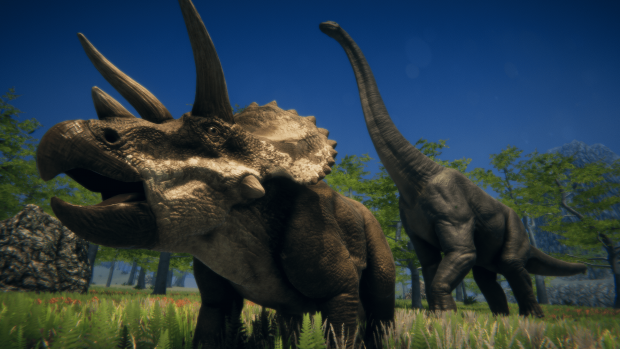 HUD shows how stealthy player is

We add one symbol to show how much noise the player is making and another to show how visible he is. This visual guide will help players to pay attention to their stealthiness. We have done improvements to dinosaur detection logic and take into account if the player is within a bush or a tree.

Player now has 2 additional options for a character. Now you can choose the character and a hat for him.