The Ghostship Alpha is finished and is now released, Time to move on to work on the beta after a few vodkas tonight. Here is what to expect in the alpha.

The Ghostship alpha is released 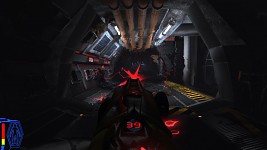 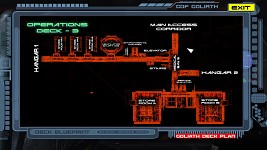 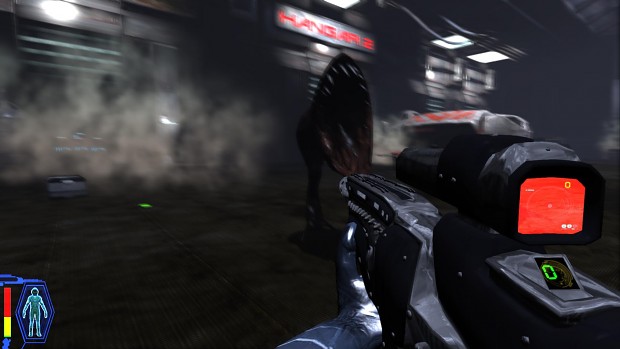 The story mode features a good hour or two of game-play, the players first tasks are scripted then after the lock-down is taken off on the bridge you then go free roaming style where you explore, shoot and find the 1 way to escape that is in the alpha, 7 will be in the beta.

2 Onslaught Maps:
2 Onslaught maps are included, Hangar 2 and medical so you can have a play with a large open area and a close quarters map.

The alpha fund has new finished and thanks to the alpha funders who raised just over $120 dollars to the development of this game. The kick-starter campaign will start next week so that will be your last chance to play the alpha.

I am posting some shots of the alpha release, the next video will feature some of the beta stuff which will be released next month.

Uhmm... where can i get the alpha from?

check the ghostship web site www.cdfghostship.com under the PLAY area

Donation Required to get access? So this is just like putting a price tag on the alpha.
While i'm not against donating, i belive it has to be something you do freely without any reward.

Yes a donation is required for (development) Not only do you get to play the alpha, you also get the beta and the full game as well as other goodies.

The alpha is free and the same as the beta. I have had just over $130 from the alpha fund which doesn't even start to cover any costs, so this is a reward for you by getting to play the game in various stages before it hits the shelves. I was originally asking just $6.99 donation to the alpha fund which is not a lot considering you get hours of fun in the alpha mode, days and weeks on fun in the beta and the full game for half price. Without funds I will not be able finish off development of the game and not be able to release it.

Sorry, but you cannot say the alpha is free if it requires a Donation.
I'm ok with you asking for donations to help with the development, but if you'd like to have ppl doing alpha-testing and send you bug-reports, i don't think it's a cool move to have them pay money for it.
You should rather do closed alpha/beta testing with selected ppl that are really dedicated bug-hunters instead of giving access to anyone who's willing to spend you a Pizza.

Whenever you charge money for something it better should be out of alpha/beta-Stage and well tested.

Also, i've noticed that you made a Cover-Art for the game and used the PEGI sign on it.
You're not allowed to use that sign if the Game wasn't rated by them, so better take it off to avoid legal issues.

Ok I see your point, the alpha is not just for bug testing, people who play it have earned that by helping me through development of the game. The alha fund has now finished so the issue you mention for paying to play an alpha is over now anyway so this is irrellivent.

I am a single person designing and developing a game tying to get some financial backing to get the funds need for the release of the game.

So what i will do to make you happy is now only make the alpha available to those who back the kickstart project next week and those who pre-order the game, i will remove this from the web site later on today.

The box shot is concept, I have seen many, many concepts using similar but i will remove the logo and repost the box shot tonight.

I know that this is (or was) a one man project and i really respect that you put so much time and effort into it.
Hench, that's the whole reason why i spend the time to post comments on it.

I hope your campaign will be sucessfull and the Game will become a good survival horror experience.

Because in times where commercial products reduce the horror and replace survival with regenerating health and non-stop action, the last hope for games featuring these elements is the indie scene.