Last weekend we joined the Global Game Jam 2015 event and we had so much fun while developing Magnet Arena, a simple game based in the air hockey arcades.

This year the theme was "What do we do now?". Weird, isn't it? Well, we focused in designing a fun, cute and 2 player competitive game. This was the main lesson we learnt after the GGJ 2014: no matter how metaphysical or abstract the jam theme is; don't be pretentious and just make a game you can have a good time playing with. This is what all games are about, right? Although making a fun game is not that easy as you may already know...

Anyway, we had the idea of this kind of air hockey game but we wanted to make it harder than the original one, and this was how we could use the jam theme. Each player has 4 gates in his side of the arena, but only 1 from each side is the one that makes the score board go up. Each player must guess which is the correct one. How? Each player has to attract the ball with its own force field and then shoot while aiming at the chosen gate of the opponent. The gate can be the good one, or it can be a blocked gate which will make the ball bounce, or it can be a portal which will spawn the ball in the portal gate in the opposite side of the arena. With this sequence of trial and error each player has to remember the result of previous attempts and decide the next gate to try and, eventually, score. All this while protecting the gates on his side of the arena, of course. After scoring, the gate types are randomized and players must fight for a new point. So, we translated "What do we do now?" to "Which gate do I try now?".

This simple mechanic seemed to be quite fun but we had to implement it. So, while Mariona started with some concepts for the characters and the arena, Jordi, a good friend of ours that completed the team of 3 developers, and myself started prototyping with some placeholders in Unity3D. We started to play with the engine 2 weeks ago, so we had very little experience with it. It was kind of risky to do that in a jam, where it is recommended to use a toolset that you are really used to so you can get results as fast as possible. However, we faced the challenge and Unity3D proved itself to be a very good tool to prototype simple games in a very short time even having very little experience with it.

Once we had the first results of our prototype and decided the art style for the game, we started to produce final assets and tweak the gameplay, including moving and shooting speeds and stuff like that. We also included an item that is spawned when the two blocking gates of the same side of the arena are hit. The player that gets this item stuns the opponent during a short time, not being able to move as fast as before.

Also, while tweaking the gameplay, we discovered a bug that turned into a feature (yes!). In theory, when a character got the ball, it could keep it as long as the player wanted. Our first approach to deal with this was to implement a simple timeout, but while implementing and testing it we realized that when one player had the ball and the opponent collided violently, the player that hadn't the ball stole it. And it was really fun! So we threw away the timeout idea and left the spurious-collision-ball-stealing bug as a core gameplay feature.

Other jammers helped us to test the game and we collected really good feedback, so we focused on polishing the game with a few more character animations and a fancy moving title screen. Mariona also created a background music and some audio effects using some samples by different users from Freesound, and Magnet Arena was ready to go. We didn't sleep as much as we would like to, but hey, this unhealthy weekend has been really worthy.

We have uploaded the game to our site so you can give it a try. Click here and the Unity3D web player will do the rest. You can also download the desktop version in the game page from the Global Game Jam site. And we have uploaded a video to YouTube so you can watch in case you don't have friends to play with U_U. In case you have some feedback regarding it, just drop us a line on Twitter and Facebook. And of course, thanks for playing! 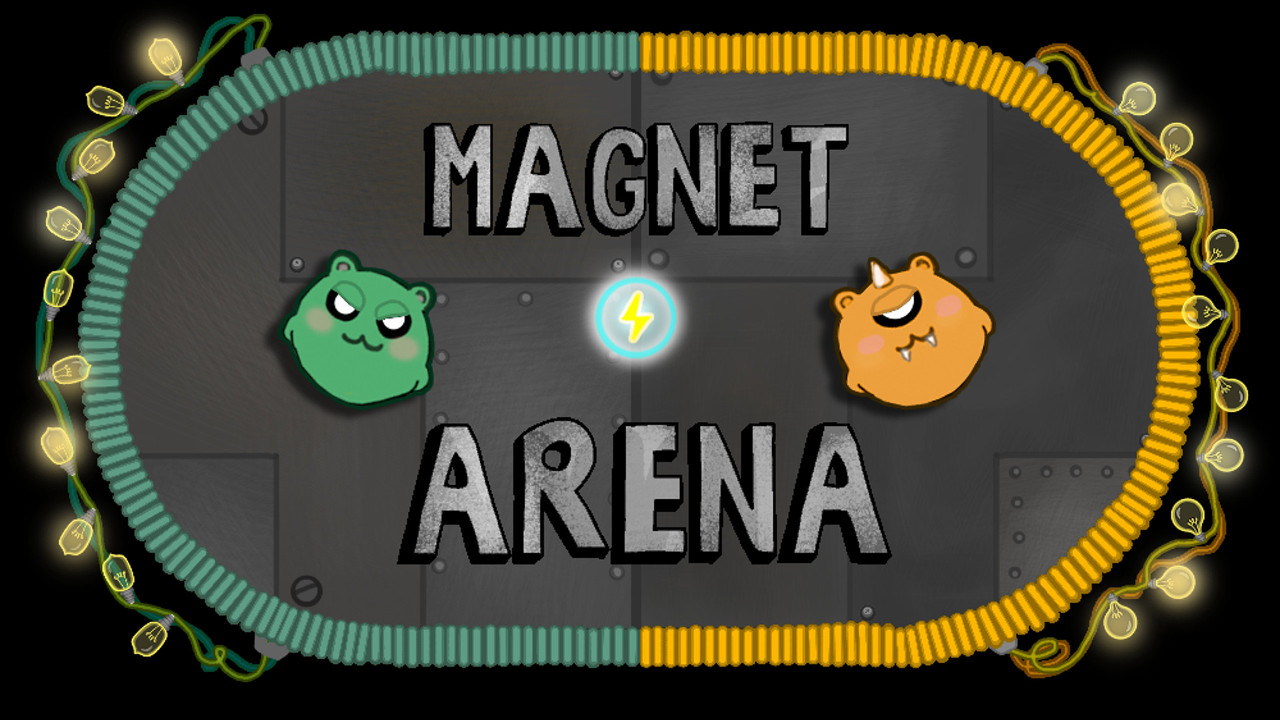