I knew that it would be a drag through hell to make it the way I wanted.

I was postponing the moment when I had to handle the menu, becase in GZDoom it is displayed only in 4:3 aspect ratio, and you just can't change it to widescreen. (Well, you couldn't - at the time of making it. I believe that now you can.)

So I had to find a way around it. The menu screen COULD be widescreen - if I used a titlemap instead. This meant showing some kind of in-engine demo, a scene from a level for example. But I didn't want a map, I wanted to use the menu to establish that the game takes place in a diary.

So, what you see below looks like a standard menu picture, but is actually the largest texture in the game, placed on a big huge wall in a tiny level. 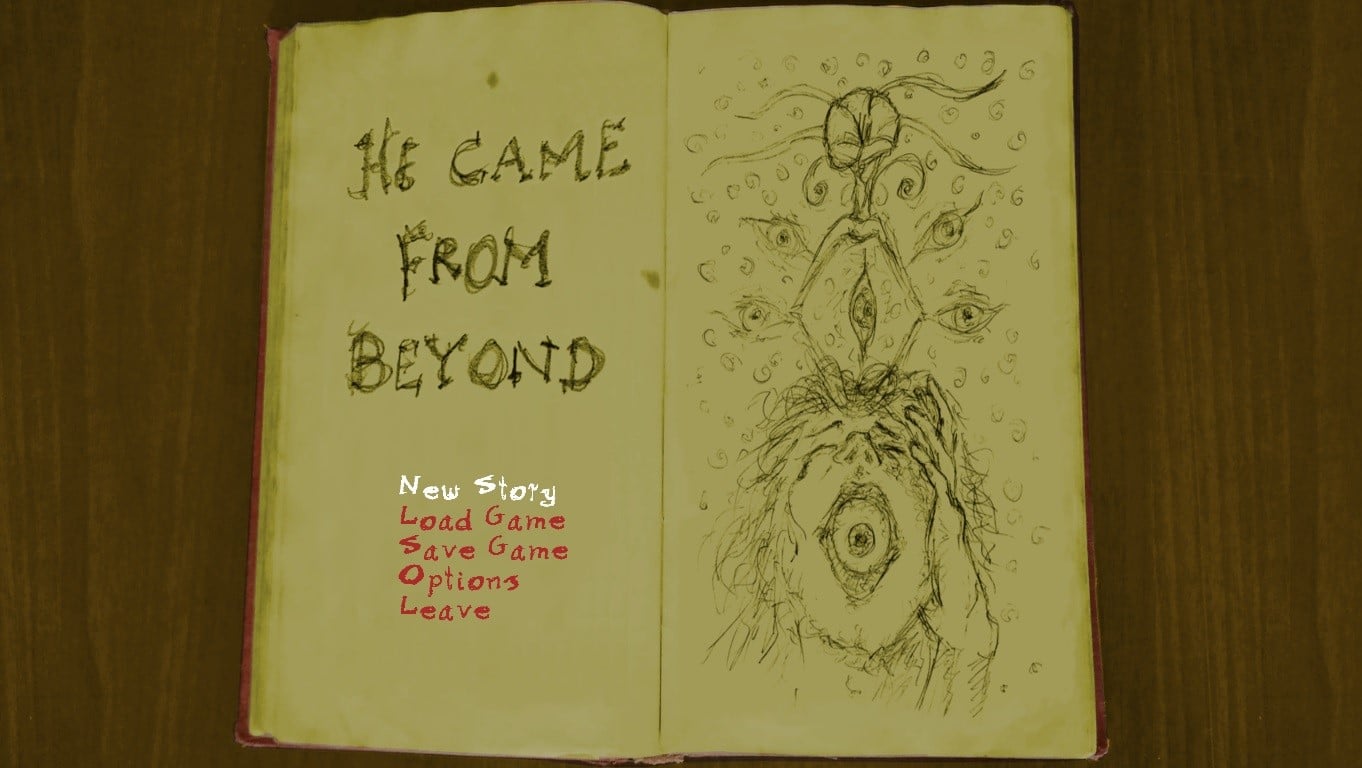 The image itself is a photo of an old book I own (I think it's something from the Three Musketeers series by Dumas), put on my living room table. The pages are my pencil drawings done separately and added in GIMP.

As for the widescreen issue, I had a similar problem and solution for the intermission screens between levels, which are also 4:3. You know, the screens with the level summary. They are now fake mini-levels with huge wall textures instead, which for all intents and purposes look like widescreen intermissions.

If it's stupid but it works, it's not stupid, right?

Big thanks to Scile from reddit's r/doommoddevs for helping me set this up.