That's right, its almost been a month, so we have decided to release this information 3 days early, just for you! Featuring in this months update we have the Royal Australian Armoured Corps Main Battle Tank, the Air Cavalry's transport helicopter, and the M67 Recoiless Rifle.

Firstly we have the Recoiless Rifle. This beauty is a 90-mm Anti Tank weapon which could penetrate up to 350mm of armour at up to 400m. The NVA wont know what hit them! 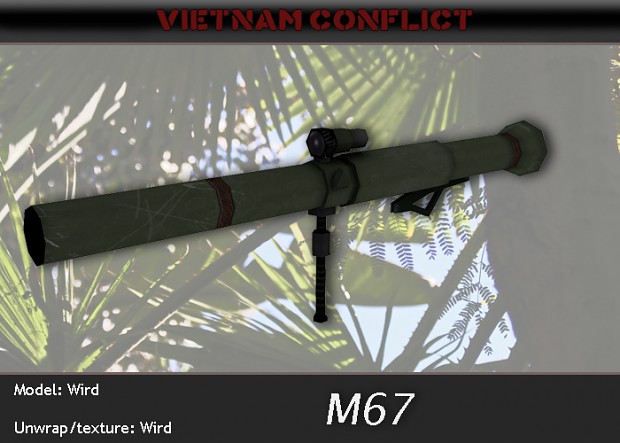 Next, we have the UH-1 Iroquis with its side gun. The M60 rains bullets down on the enemy while the soldiers dismount and deliver the final punch. Do the NVA really think they can beat us? 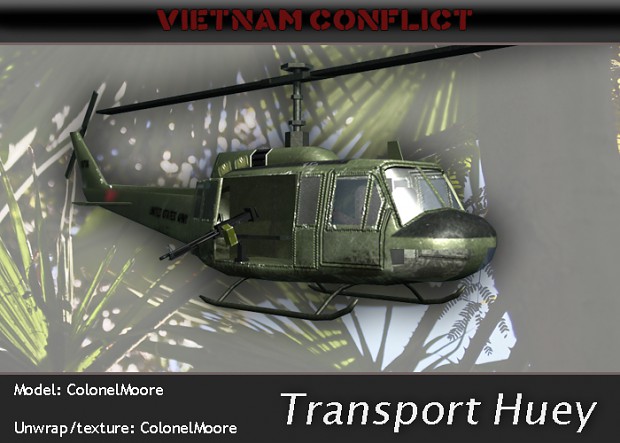 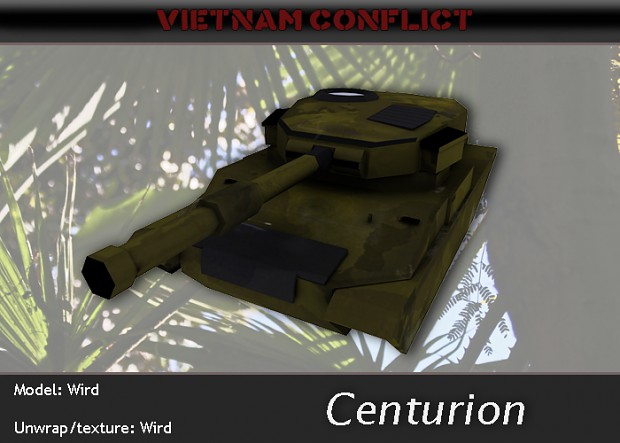 So thats it for this months update, keep your eyes glued to us and we promise not to disappoint. At ease!

Centurion model is very bad, comparing to the other quality models and skins.

Ya, its like going from C&C 3 Tiberium Wars Graphics on high to C&C Generals Graphics compared to your previous vehicles/weapons.

it only appears that way because its a max render and does not have the shaders applied. its unfair to compare the base texture to a 7 level shader within a game

Looking good. Yeah the tank still looks like a WIP by not having any tracks at all. :)

Loving the Aussie stuff, definitely looking forward to this!

Everyone please remember that almost all models/skins will be changed, just like what happened with the Remington. The Centurion will go through many different textures, new details will be added over the various weeks and other things may happen to the other models. Nothing is set in stone :)