We've spent couple of days since initial release to patch things up and fix some critical issues! 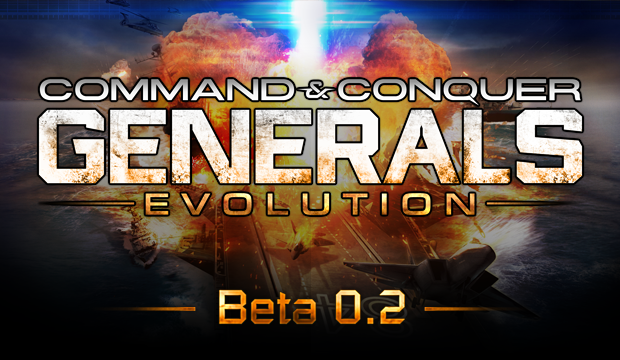 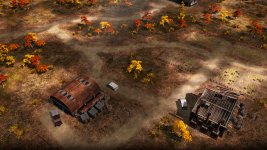 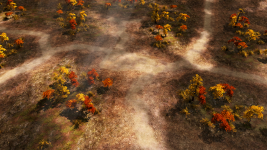 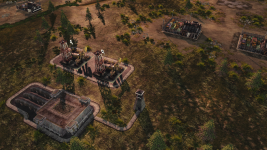 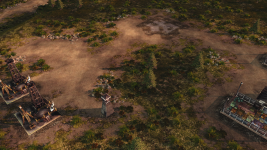 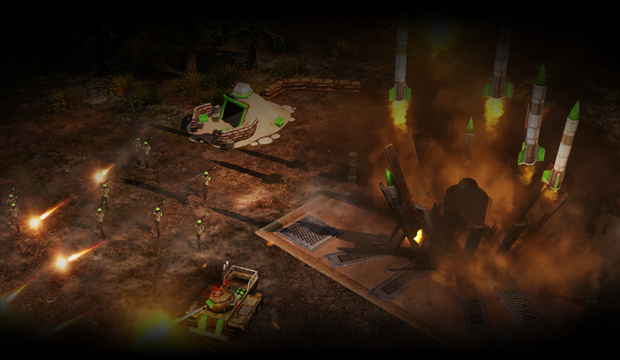 Thanks for a new release, and rest as much as you need! The previous beta, was amazing, and the new version is even better, and you both absolutely deserve a rest!

Thanks for all the hard work, surprises you got back to it so fast! Please don't overwork. May I ask, do you plan on adding more abilities to already implemented units? Like give rangers molotov-style room clearing flashbangs? I mean it seems even GLA expansion workers are incomplete at the moment, but then again I assume quite some abilities are impossible to implement in workable yet enjoyable way?

Rangers already have exactly that at the moment, they were a bit bugged in 0.1. Actually workers are the most polished building system at the moment, but I'll be looking for alternatives if possible, AI is a big limiting factor as well as absence of Generals-like engine callback modules. But yeah, the further we go the more abilities and units GenEvo will have, things should get a lot less stressful now since we have good mod base going, but I have indeed completely mentally drained myself as well as got in a bit of a scuffle with someone I work for, I need to diffuse that situation and I'm good to go again, I think.

wish you a good luck . you already put up some good mod that we never complain. looking forward for future update whenever you like

I appreciate all of your hard work, please, take all the time you need. I easily have 50+ hours of playtime with this Mod 😊

Thanks admin for new patch, in the next patch i would like you to fix the fps drop in game, im using 750ti 2gb, i guess it have no issues but sometime the fps drop even i use the low graphic. i already try the high graphic, first didnt see any fps drop, but couple sec ahead, in slowly start to drop.i hope u cam fix it soon. ty

Great work! bring back the traditional RTS gun to players!

Is that possible to also include zero action contents?

It already has the Zero Hour general subfactions and content.

i think there is no way to upgrade overlords or propaganda centers. Or place mines around buildings etc yet however, I'm really appreciate to have this mod to play one of the best rts games ever.

Guys, Amazing job!
Just to confirm: Do we need to have the original game and download this mode? Or the patch comes with it's installer?

Keep up the amazing work!
And please don't burn yourself out and take as much rest you need.

Thank you for all the work. You deserve some rest. In the meantime we'll enjoy the amazing work you made as we wait patiently for your return.

Huge thank you for this mod. great work. one thing, is it really 1 superweapon can be build on a game? awesome work. i really loved it.

Does anyone know how to play this new mod online??

Awesome work! Never thought I would get the chance to play C&C Generals again. While I was playing a skirmish with USA I selected the Air force general, will the King Raptor make an appearance again, and will plane take off's be made like in the original game, not vertical take off and landing but by using the runway?

Your mod is the best i've saw in the entire C&C modding community !
But in my opinion, you should give the possdibility for USA player to move the Particle Beam cause actually the particle beam is the weakest SuperWeapon of all Generals.

And General Granger of the Air Force is useless too

When I last played this there was some obvious downsides to faction system. Like if you are china, you can *only* get the tank drops with napalm general. Making the "unupgraded" regular tank drop impossible. I think the protocols should b unlocked in independent way like in Generals 1. It is simple: Any level 1 unlocks all level 2, instead of only one of the same line. Sounds good?

**** me running with a **** covered rabbit skin tube sock... I had NO IDEA this mod existed. Downloading, and will hit up the Patreon.

Take that much needed rest. In the meantime, I'm going to play the living **** out of this! Thank you so much!