Since the release of our last demo a few weeks ago, we've gone deep underground to push the game forward in terms of content and visuals. We've picked up a few tools and techniques along the way. In this article, I will step through the various tools and summarise how we use them to arrive at the results shown in the included screenshots.

Posted by farflunggames on Nov 8th, 2016

The frequent demo releases came to a sudden stop a few weeks ago. That's not because we gave up or got lazy. We are now pushing the game's features, content and visuals forward in a big way, expanding the world and the things you can do in in.

Visual upgrades to the world

Part of this phase of development includes another revision of the look and feel of the world. We are upgrading the terrain and scenery using a variety of new tools and techniques, as well as expanding the universe world by including an entirely new ice world that can be reached via portals.

Here are some screenshots of our work in progress: 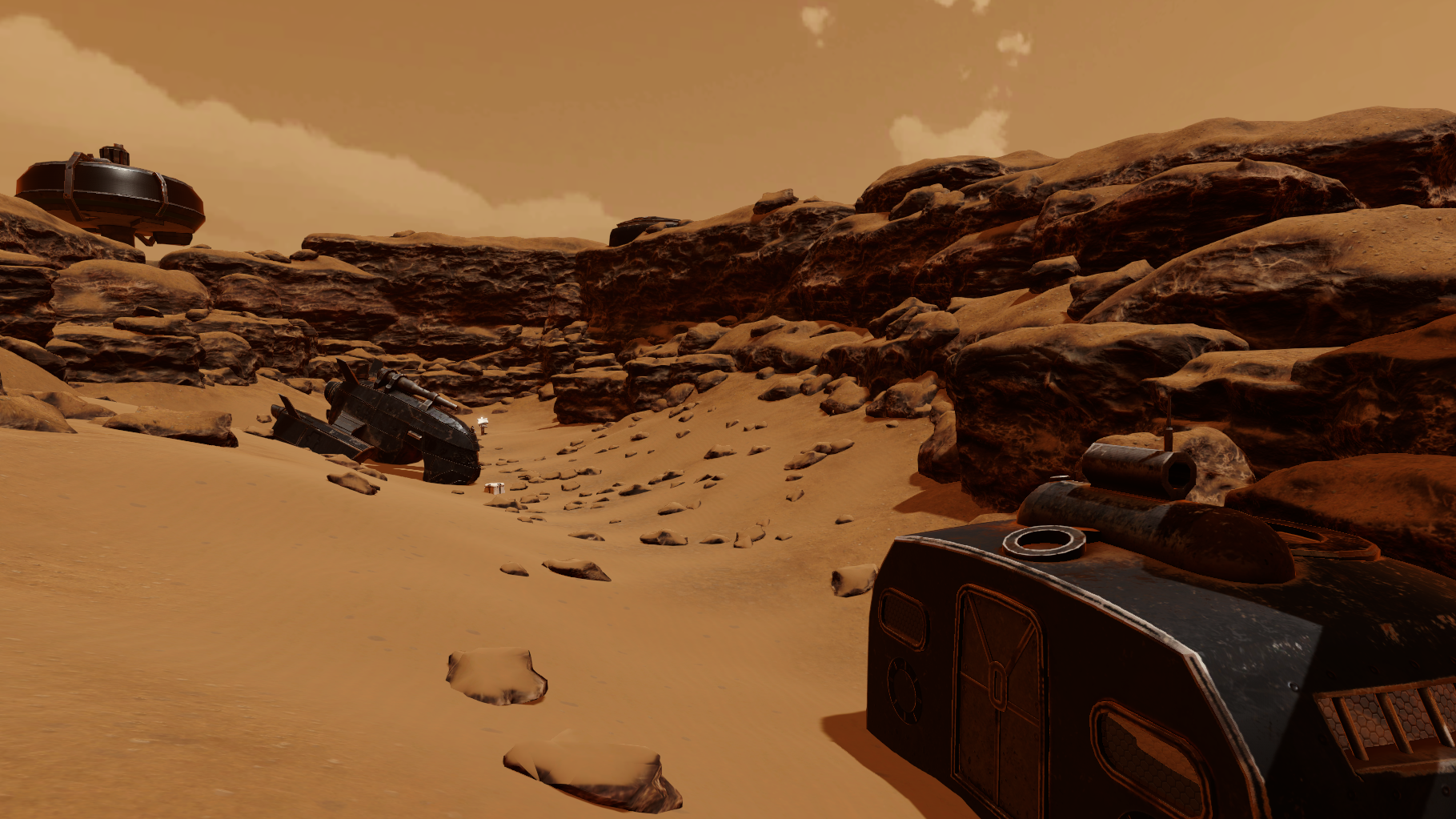 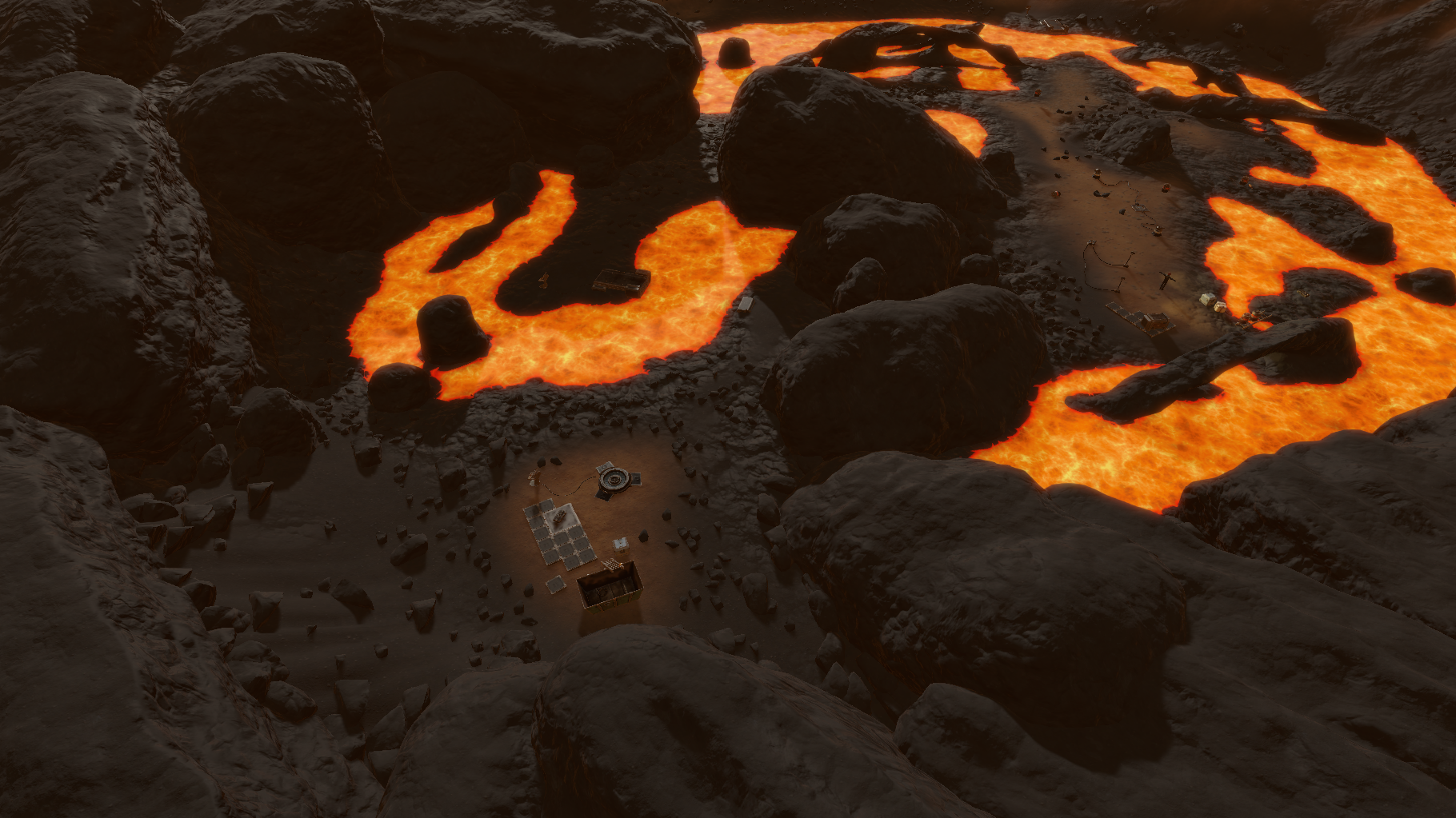 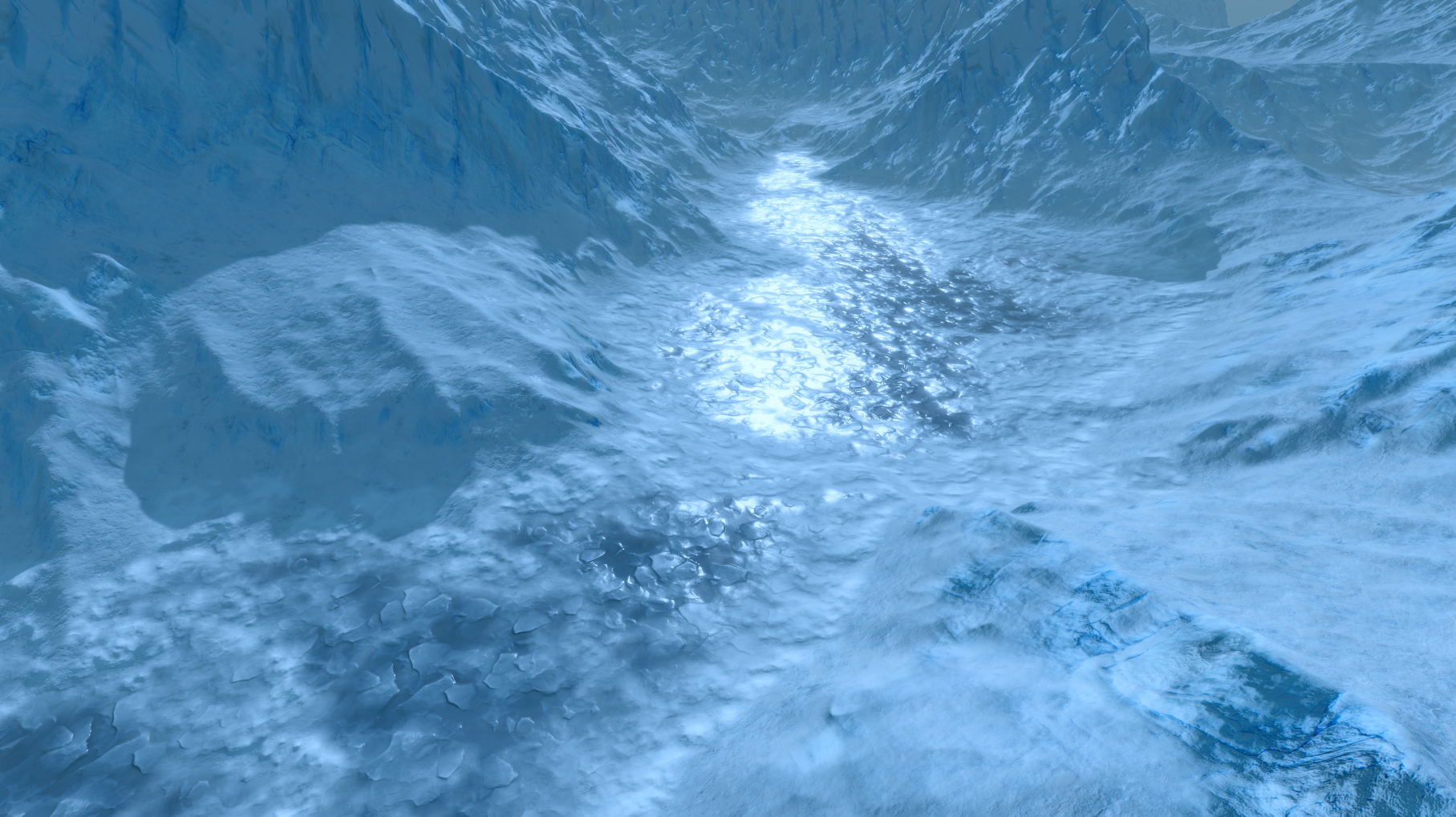 The final look and feel we arrive at comes down to using a wide variety of tools in various combinations. I will mention the tools here so you can have a look on the Unity Asset Store to see if they would be useful for the types of terrains/worlds you are building.

This isn't a tutorial though. If there is enough interest, I will happily do a detailed tutorial separately to go through exactly how these tools and resources are being used in our game.

This is a great tool for rapidly producing realistic looking terrains procedurally. We use this to form the base terrain before manual editing begins.

A very good tool for manually adding realistic erosion of existing terrain. This is especially useful in areas where the terrain was manually painted using the techniques described below.

This set of shaders will instantly get rid of stretchy vertical cliffs in your terrain. But it goes further. It can also apply triplanar mapping to objects in the game world, with optional "top" and "bottom" textures that differ from the vertically applied texture. You can see this in the canyon screenshot above, with all the main cliffs being covered in sediment. The way in which the textures are mapped also has the nice little side effect of applying textures seamlessly across multiple objects. Placing two cliff rocks to slightly overlap, will result in the texture flowing nicely from one to the other, creating the illusion that you are looking at one, longer, cliff rock-face.

We use these similarly named but unrelated tools to rapidly paint rubble and rocks into the scene. Making the scene messy gives it a more realistic / believable touch.

Our GameTextures.com subscription gave us instant access to huge variety of high quality materials to apply to the terrain and rocks.

This tool, like several others available on the Unity Asset Store, addresses some of the severe limitations that come with the built-in Unity terrain editing tools. One particularly interesting way in which we use this tool, is to assign real-world height maps to use as brushes for elevating the terrain manually, taking advantage of the unlimited brush size. This is useful for drawing natural looking rocky elevations for defining and separating playable zones.

This is another, similar, terrain editing tool that goes beyond the built-in Unity functionality. This one comes with the ability to draw rock and sediment simultaneously based on terrain slope. It also has the ability to smooth or sharpen the boundary between blended terrain textures. In addition, the a noise map can be assigned to paint textures in a randomised fashion, rather than a solid brush.

There are many cliff and rock packs on the Unity Asset Store. This happens to be the one we chose to use for the majority of the non-terrain rock. What really helped here was to modify the supplied rocks to suit our needs. For example, we created copies of the prefabs at various scales. In some cases, we use these rocks scaled up to 4x larger than the original prefab. We also apply the triplanar shader and custom materials and textures to tie in with the terrain textures and give everything a coherent look.

There is also some custom shader work involved. We have a custom lava shader (that is also used for acid pools) that animates the surface using two overlapping, repeating normal maps, blended by a large overlapping perlin noise map with animated UV co-ordinates. The other important thing that this shader can do, is to blend seamlessly into the terrain using height based blending at pixel level.

I hope this will help some of you hunt down the right tools for your particular needs. We bought and experimented with many more, but the above list is currently the main set being applied.