The latest news about Gemini Wars: Updates and Multiplayer Beta

We’re almost ready to release the next update to Gemini Wars, which has quite a number of changes.

One of these changes is the ships’ impulse speed.
We decided to increase the speed of the ships, and now the gameplay is much faster, and actually more strategic.
For example, before this change, it was really hard to reinforce a group of ships engaged in battle:

When a second group was sent through hyperspace to reinforce the first group, it would get to the area quickly. But after leaving hyperspace, the ships would go back to impulse speed, which was really slow.
So when the second group arrived to the destination, it’s likely that the first group had already been destroyed.

So now the ships move much quicker with impulse engines, which makes them much more maneuverable too.

Adding to this, Multiplayer is ready for testing.
Multiplayer in Gemini Wars can be played in LAN networks and over the Internet.

We set up a Master server that works as a proxy server, so you will be able to browse created sessions inside the browsing window in the game, and connect to other players even behind firewalls and routers. No need to open ports in your router.

We’re looking for players interested in beta playing some games in multiplayer, so if you’re interested, just email us with the subject (Multiplayer) on your email and your license key, and we’ll forward you a build of the game to play around. 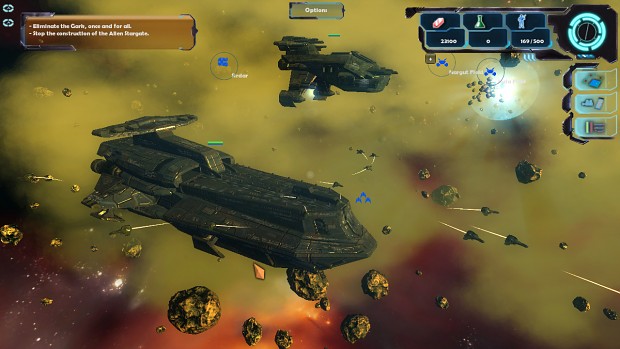