Greetings again awesome readers! It's time to post another update about the project. These past 2 months have been really busy in the real life sector but the game still received lots of updates.

Greetings again awesome readers! It's time to post another update about the project.

These past 2 months have been really busy in the real life sector due to summer holidays and move to a new apartment. However, the game still received lots of updates.

On 20th of July a small Public Test Day was held to see how well things are working so far. The results were pretty great and several major bugs (like Windows XP incompatibility due to Oculus Rift SDK) were fixed.

Several of the testers also thought that the game characters looked out of place. Because of this I've been experimenting with different ways to make the game look more anime-style in general.

Since the characters stood out pretty badly from the environment, I decided to add cel shading to characters and monsters. This worked pretty nicely but it may have made the difference even more noticeable.

The next step was to cartoonify the environment textures. This of course hasn't been too easy so far so a lot more work is still required.

Finally the characters and monsters also got small black outlines around them. 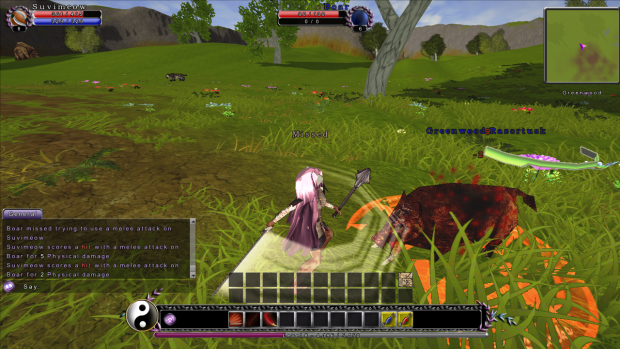 The next great suggestion from the community was to add more details to the nature since it just looked too empty. This has been partly solved by adding more rocks and small details like shrines next to roads.

Another detail feature was the addition of butterflies that fly around during bright days. 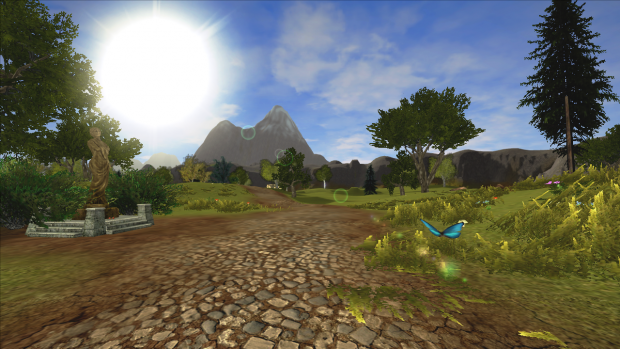 Indoors have been missing from the game so far. The feature was quite high on my todo-list but didn't get implemented until it was necessary to have some quest NPC indoors.

The indoor-system is already a lot more advanced than ever in Gekkeiju. Building the indoors as huge models and then precalculating lightmaps has always been really time consuming for me so I decided to try a different approach this time. The indoor maps are now built using small sections that I call tiles. These tiles can be anything from several rooms to a door, and they can easily be combined together in the map editor. Lights are also done dynamically using per pixel light shader - while it doesn't give shadows or anything it's still pretty nice. 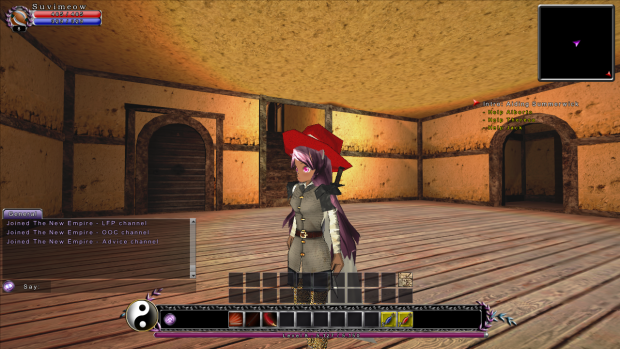 The next big step for the game is probably going to be the server move. This will happen in the coming days but it'll only affect the old version of the game. However, making everything run correctly again is going to take time off the development.

Once the move has been finished the main focus will be on the content building. This means more quests and increasing the size of the world towards Kyrt which is the big central city of the Empire. There's some hope of having content up to level 20 by the end of the year but we'll see about that.

Thanks for your time and stay tuned!