Gaze At Maze Alpha V1.0 is released today (22nd January, 2015). This game is still under development but it is available for EARLY ACCESS.

Finally Gaze At Maze ALPHA version is released. This is the very first release(ALPHA).
Gaze At Maze is a funny little maze game which is based on SCI-FI theme. This ALPHA VERSION contains the following features which are quite appealing:

>Different from all other MAZE games you have played.
>Many formidable enemies.
>Unknown traps and commanded robots (Demons).
>Collect Dragon Balls (Energy Balls).
>35 Single Player Levels to play and enjoy.
>4 extra Levels to play for enjoyment.
>39 Levels to play altogether.
>5 Special Levels to play with Spider Bots.
>Collect Diamonds.
>8 Lives to play with.
>No additional Lives will be provided and this feature makes the game even more difficult and interesting.

Four EXTRA levels to play.(Screenshot given below): 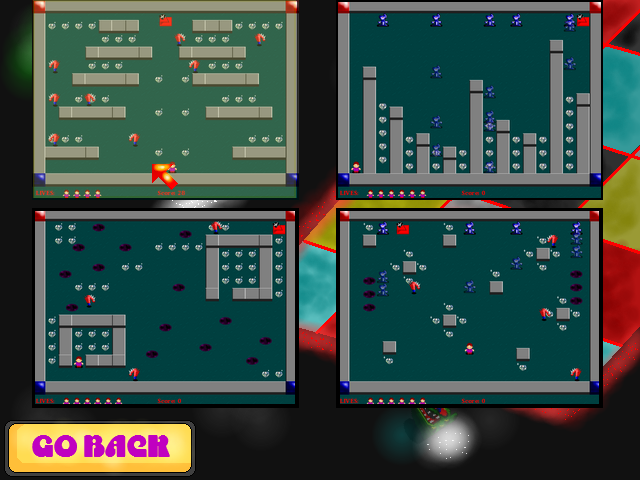