We've implemented some new cool gas clouds, creating some depth in the RymdResa Space and worked on a new notification system.

Hello everyone, hope you all have a nice weekend.

The work with RymdResa this week has gone well. We've implemented some new coolish gas clouds, just floating around in space, doing their thing, adding to the atmosphere. You can see an example below: 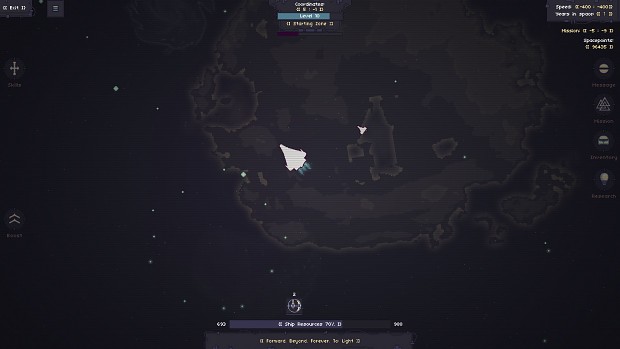 We've also worked with a new notification system this week, giving the player better feedback when playing. The notifications now appear in the left corner of the screen, telling about new item findings, how many years spent in space and so on.