An exclusive interview of me with Gameuter the website for all the gaming news you need!

Today I have the distinctive pleasure to interview MadMonkey119 the founder of the mod The Fourth Reich.
Gameuter:So, your mod look's fantastic! In my book theres always room for a fun and exciting Source Mod! What inspired you to make a mod?
MadMonkey119: Well I have always loved to customize and make games since a very young age. Any game with a map maker I was all over it. Be it Warcraft 3 or Half Life. I loved to play other's mods too though so it was only natural to go one step further and make a mod! 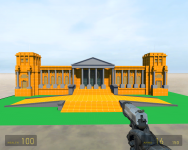 Gameuter: Then this is your very first mod?
MadMonkey119: Yes, I have mapped before but never made a mod. I was kind of on a a team but left shortly after joining due to some a conflict with ideas.

Gameuter: What has inspired you to create this fictional story, even world.
MadMonkey119: Well, World War 2 always was of great interest too me. I loved the weapons, the battles, and the leaders! Yet a World War 2 mod would be bland as there are already too many mod's and games that use that setting. Sure I could have still done it but what makes a truly successful mod is how unique it is. Mods don't really have much going for them besides that fact that their free and creative! 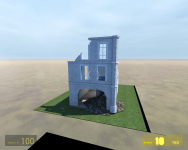 Gameuter: People seem excited about the mod, were you expecting any publicity.
MadMonkey119: Oh heavens no. I started with the intent to make maps. As it developed I wanted to make a mod. So I did. Now I made it to the front page of ModDB already and for a while was the second most popular mod, now I lay as the 5th. I just hope I don't disappoint the people! 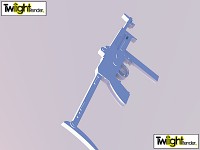 Gameuter: Im sure you wont. What are your plans to get a team? I understand you can only map and somewhat model? 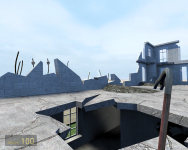 MadMonkey119: Well thats been tricky. I have been trying to show I'm not just the kind of person who makes and idea and then tells other to make it. I'm putting 110% of my days into making the mod, thankfully I have already found a great team member who helps map and eventually may skin. His names [EG] Jonny and already has contributed a lot to the mod. I also have the member Deathsanchez to provide accurate historical information. Raider7 has also wrote up a more detailed story for us. Now finding more members is hard. On my main page I have an ad and Im trying to use the ModDB jobs board!
Gameuter: Im afriad that's all the time for today. Thanks alot for answering my questions and good luck with you're mod! TRACKING!


Interview already? Yes. I find this is a great site and I check it reguraly with other blogs like Kotaku, Joystiq, and Massively! Check it out at Gameuter.tk
On other news Raider7, was kind enough to offer to expand and add detail to the story. here it is!

WWII was supposed to mark the end of large-scale Nazi powers. Except for some small groups of Neo-Nazis and Jew-hating Skinheads, the Nazis had apparently been beaten down to the ground and exterminated. That was unfortunately not true...
Himmler, one of Germanys most powerful generals, noticed halfway through the war that the tables had turned and the mighty Third Reich was going to fall sooner or later. He blamed it on Hitler, who had made foolish decision after foolish decision against the wishes of many a general. So, when he couldn't assassinate Hitler and take over the throne of Nazi power, he did the next best thing; set up a worldwide backup network.
Himmler, in charge of the concentration camps and death camps, halted their normal activities and sent them all to work in factories, producing secret weapons that were to be shipped off into underground bunkers he had secretly built around the world. He sent men and women across the various continents to hide, waiting, drawing more people into the Nazi cause, waiting for that day. Several thousand soldiers were hidden in bunkers and placed around various points of the globe, along with their best Nazi Scientists. Several were even dispatched into politics and military, planning to enter enemy governments in a decade or so. The organization was called Der Mächtige Adler, or as we would know it, The Mighty Eagle. In the end, Himmler was killed, but the organization still continued.
For years, they attempted to start war between communists and capitalists, hoping to weaken the superpowers, and were highly victorious in the Korean and Vietnamese wars. Yet they did not fully succeed.
Yet in 2014, several things changed.
The war in the Middle East had grown as more and more countries joined in. Yet finally, the war ended in a stale mate, where various governments constructed a wall around them. The people had finally come to a new decision. "That was the last war!" they said. "Large scale warfare has come to an end!" And so it appeared it had. And after many years of political debate, peace was achieved.
In 2021, the Major Powers signed the Universitas Pacis Treaty. It created the closest thing to world peace; The military was downsized to only several hundred thousand soldiers, who were simply there to ensure that anarchy within their own nation did not arise. The military also had a very large number of mechanical devices, so enemy nations could never invade a country before the military would reform.
But that wasn't really what made the treaty. It was the nukes; tens of thousands of nuclear bombs were hidden around the major superpowers, and almost every country had at least one. The "peace" was withheld by the fear that if an invasion started, enough nukes to destroy every speck of life in their land would be launched. It sounds grim, but it worked. Nobody made a move, and the world moved forward as one great force.
Yet the Mighty Eagle was not going to stand for it. For almost a century, they had gathered more and more forces in the bunkers, and millions had joined the Nazi cause above. The seat of power, Himmler II, had acquired information of how to wreak havoc upon the world. The nuclear bombs clustered around the world and all their powerful mechanized systems had several satellites, controlled by the members of the Universitas Pacis Treaty. If the satellites were deactivated, their forces would fall apart. Yet these satellites were heavily guarded by shields and armor, and could only be pierced by the most rudimentary and ancient of missiles, which had been destroyed years ago. Even if they stumbled upon one of these apparently nonexistent weapons, they would have to propel it into space.
The members of Der Mächtige Alder had been creating weapons powerful beyond belief within their bunkers. The German Scientists had been able to continue their research, and had created the most destructive guns, tanks, and missiles ever. Yet their first move was made with some of their original weaponry, a projectile from the 40's. They launched them into space, which then penetrated the shields placed around the satellites, and then; then havoc struck.
The robotic spy-planes fell from the sky, and the automated machines of the ground collapsed. Without their mechanized weapons, the armies around the world were defenseless. Well; the major armies.
Many lands in areas such as the Middle East, Africa, or South America were still in the "dark ages" of military technology. They still were using weapons like the AK-47, or tanks made decades ago. Their governments were corrupt, and their people were in turmoil. And they would foolishly follow the man who promised them glory and power... Himmler the II. Arrangements had been made with them a year or so before the Universitas Pacis Treary, so in the case of their version of world peace, they would rise as one and conquer the world. The countries were all supposed to be equal in the alliance, yet that was completely staged; the foolish dictators and kings were easily manipulated and fooled, and the true leader was only Himmler II.
As the major powers sat high in their thrones as their country sat there defenseless, several dozen countries assembled and prepared under a new, united leader. Der Mächtige Alder was no longer an organization; it was a superpower. Areas such as North America or Europe had no satellite imaging, no robots on the borders, no trained soldiers and very few small arms/handguns. Der Mächtige Alder, on the other hand, possessed the armies of several dozen nations, some of the best trained men on the Earth (the Neo-SS), tanks, planes, and missiles. The idiotic dictators and kings left their war-torn countries in the dust, looking at the greater prize; North America, Europe, and upper Asia.