Well, after last month sucking, and the surgery before that I had for a hernia and wisdom teeth removal, I am finally back in the game, quite literally. See how the game is going! 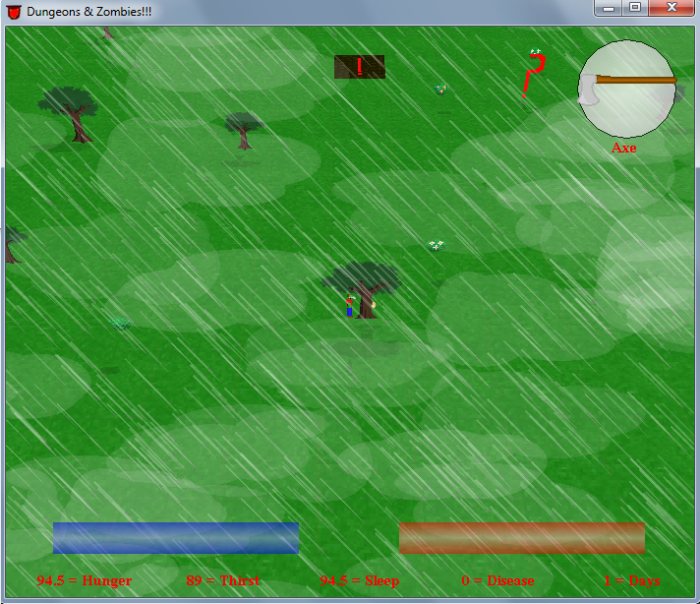 Well, after last month sucking, and the surgery before that I had for a hernia and wisdom teeth removal, I am finally back in the game, quite literally.

It turns out the engine (Engine 001) I’m using and the new Dell computer I have aren’t exactly buddies. This is as far as me and Mike, the creator of the engine, could figure out. Unfortunately there isn’t much I can do there though, and this is a workaround. To fix that issue I mentioned last time, I simply had to disable the new lighting system and use the engine’s old one. No big loss there that I’ve seen. In fact, I can’t tell the difference, so that can be considered fixed.

I don’t know if I’m an idiot and didn’t notice before or if this computer handles the game even worse, because the performance was awful when I testing the game a couple weeks ago… like 5 FPS awful in some cases. It isn’t exactly a graphically-intense game, and I of course want it to work on as many (Windows – Engine 001 doesn’t yet support Linux or Mac) computers as possible. This led me to spending some time splitting the world map up into five parts. From a gameplay standpoint, the original single, huge map was pretty cool, but terribly running. From my standpoint, it performs better this new way and is easier to work on. I can also put more things in the maps without worrying so much about frame rate.

I’ve also started work on the magic system (of which there will be more than spells for combat), but I don’t have much to show since it’s basically a prototype for a single spell – Fire Missile, which is very much what it sounds like. You learn spells from reading scrolls, and of course you have to watch your MP. I can’t decide whether I want the MP to regenerate over time, how fast if it does, or if you need to carry some potions around. I’ll let you know when I decide. 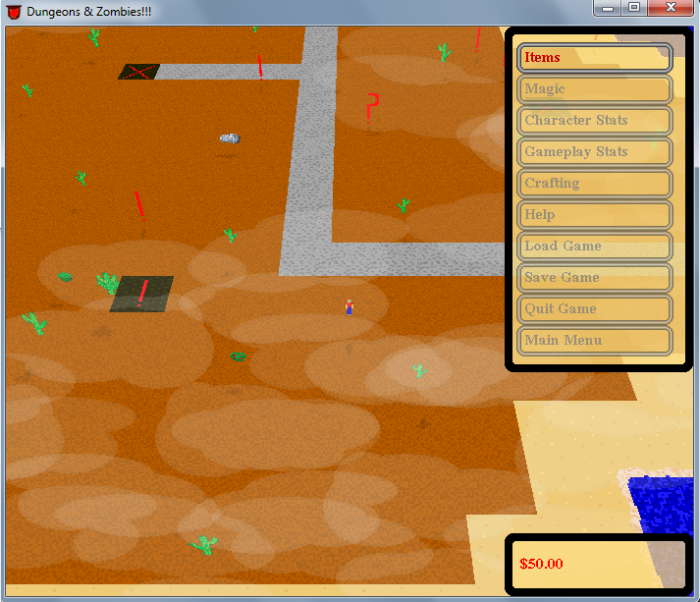 I did tinker with the general combat system a bit, and the results are hilariously flawed, and will need more tinkering. Basically, combat didn’t have any weight to it before. You smacked your enemy and they stood as stiff as a board with their health tickering down. That isn’t any fun. Now you smack your enemy and they go flying literally miles away like they’re sliding on ice. Like I said, it needs more tinker.

On top of all this, I’ve done a few fixes to old scripts that didn’t work and worked on some other systems (of which they’re so insignificant I might as well not waste your time rambling about them). A lot of it was simply getting back the work I did that didn’t get backed up. It’s been decently productive, but I don’t have much time anymore for the game so don’t expect it any time soon. Thanks for your continued support and interest, and feedback is of course encouraged!