In this competition you have the chance to win the game called: PAYDAY 2 / In this contest, there will be only one winner! 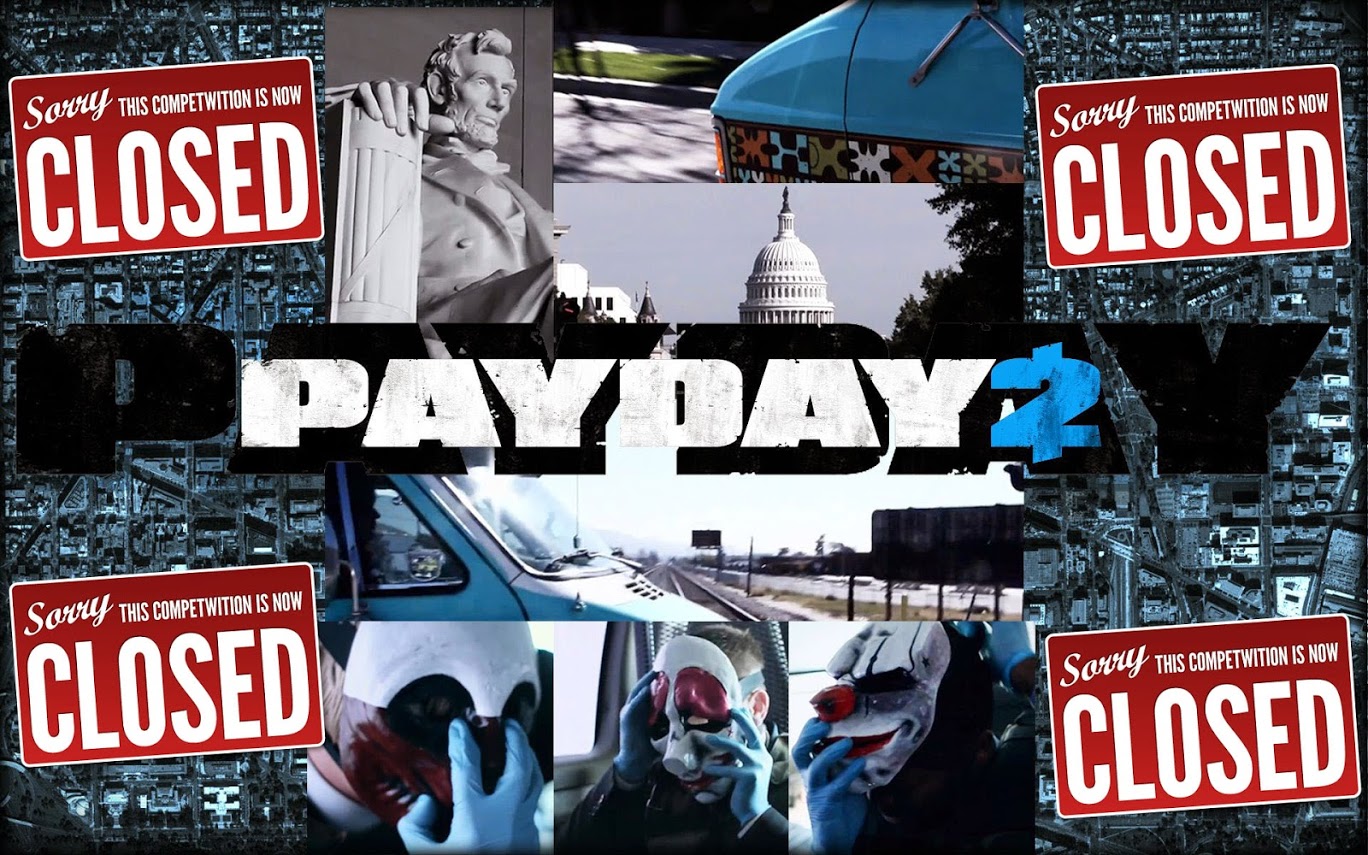 The game consists of a variety of 'heists' that a player can opt to either carry out by themselves, with the AI, or as part of a multiplayer game. There are heists such as bank robbery, a drug trafficking run, and rigging an election. Some of the heists put a large emphasis on stealth, often leading to a bonus experience points and money on completion. 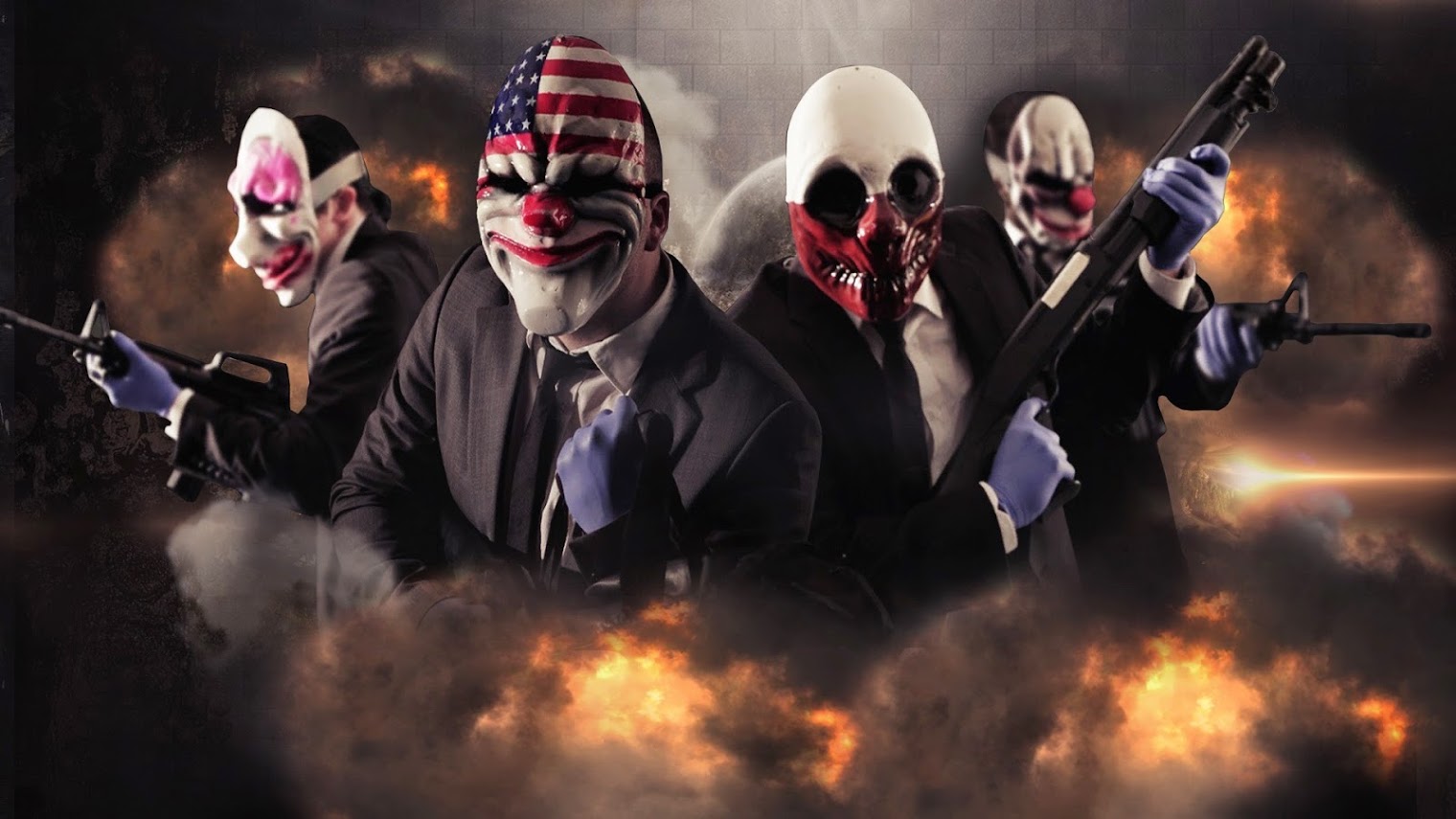 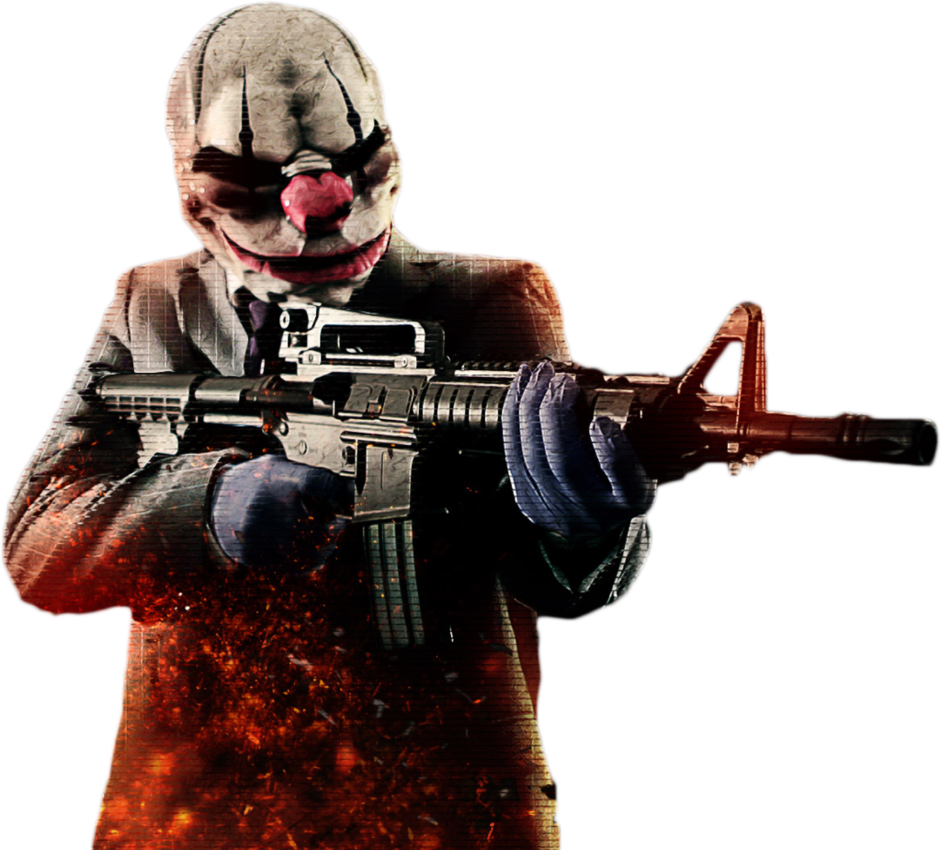 Gameplay is set as an objective-based cooperative shooter often based on larceny. Of the heists, the contract provider is indicative of the type of heist. Bain, the command and control officer of the Payday gang provides straight robbery from banks, stores and armored car convoys. Hector, a Colombian drug trafficker assigns jobs to advance his cartel and harass his rival gangs. Vlad uses the gang to extort protection money from his "protected businesses" and cause a nuisance to others. 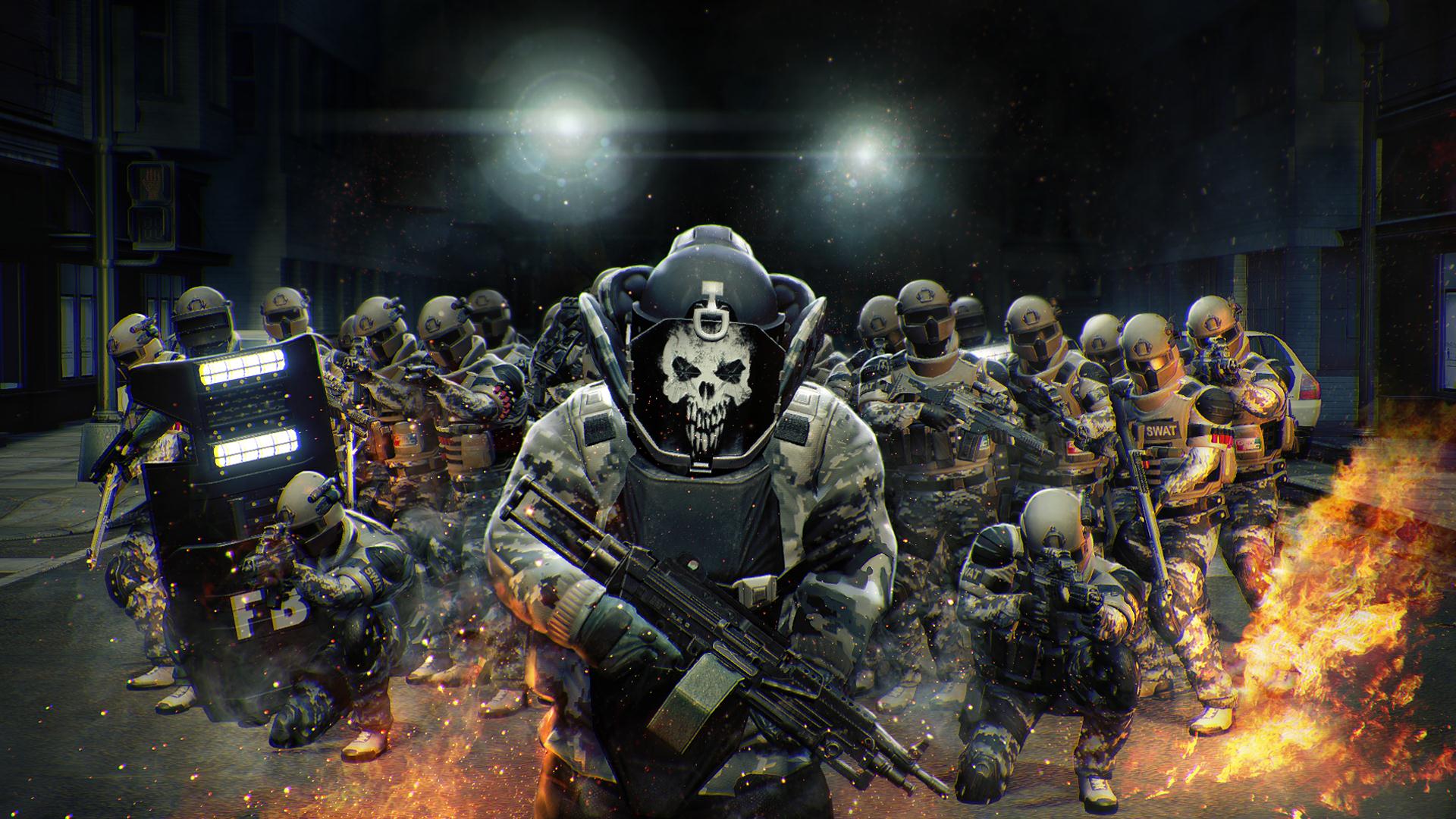 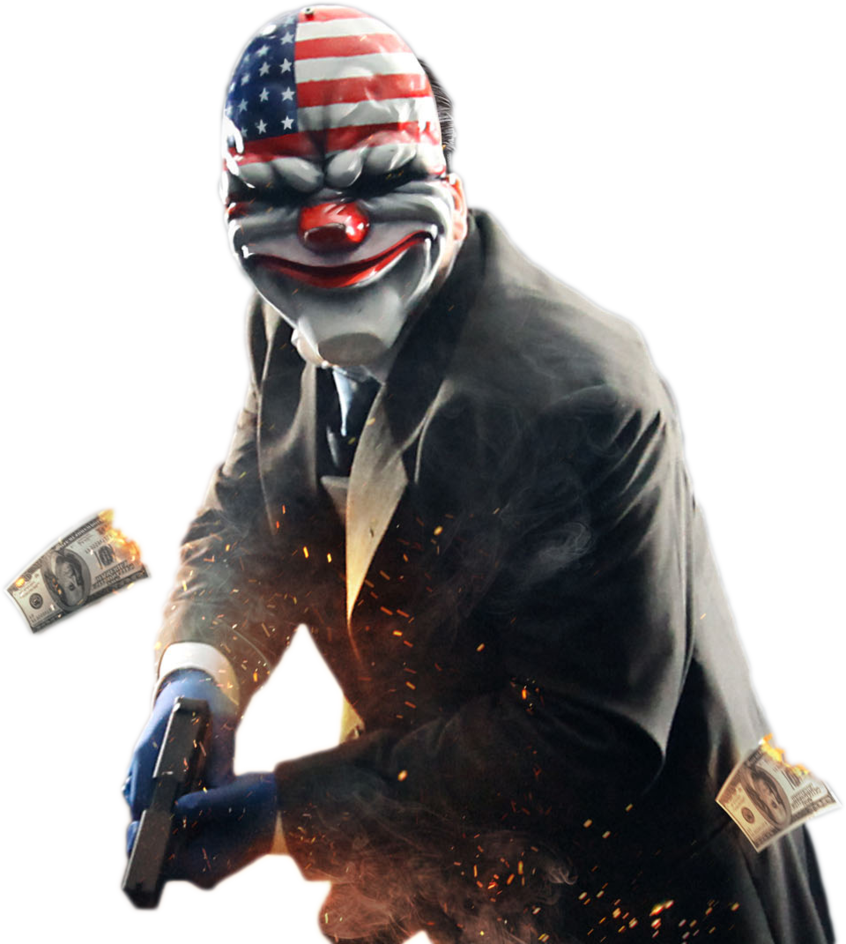 The Elephant, a wholly corrupt Republican politician employs the gang for political gains going so far as to frame a Democratic senator for drug trafficking and arms dealing to rigging voting machines to swing for his desired candidate. The Dentist, a recent addition to the contact list, provides access to much more high profile theft heists, such as breaking into the Federal Reserve Bank, with a diamond museum, casino and prison breakouts planned to be added to the game as DLC expansions in the second half of 2014. 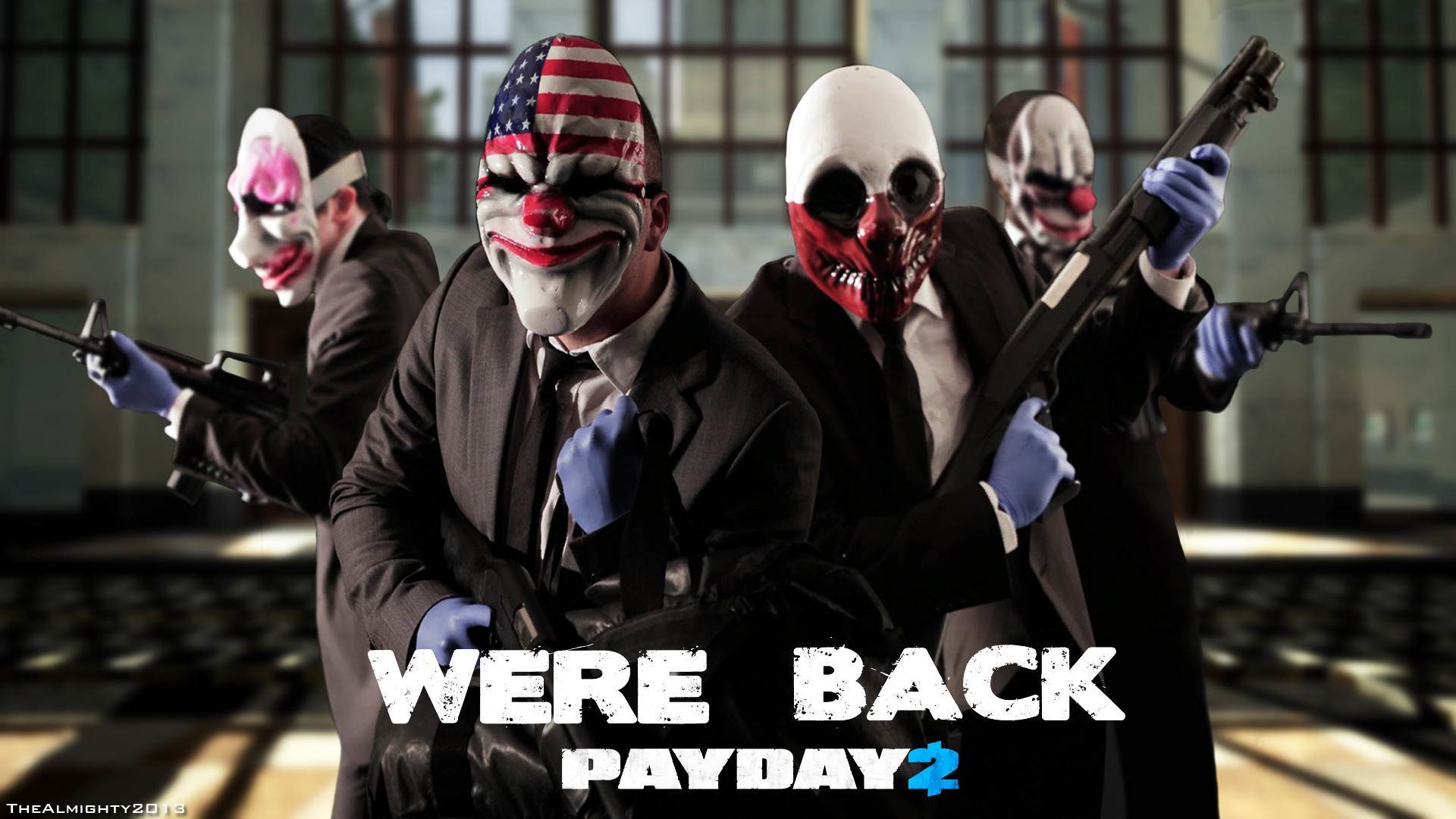 2: Alone. More fun for me and more money for me. Others would only slow me down.

3: Is both an option? If I can't have all the money I'd blow it up so no one else can have it and if I can blow up some federal agents on my way out then even better. Might serve as a nice destruc- eh I mean distraction.

What happens next? Well, I'll leave that up to your imagination.

1. Shredifier ( Borderlands) and yes, T-51B Armour (Fallout) So I can **** my self (When I'm scarred and then it turns into fresh drinking water (When I'm sweating).

2. With people my idea team would be Darth Vader and Batman. Darth Vader can choke people and swing his lightsaber while Batman uses his martial arts skills and Batarangs.

3. We fight to the last stand I mean who the **** wants to mess with batman and Darth Vader? xD It would go down with Batman on the celling drown smokes pellets and throwing Batarangs while Darth Vader Force choking everyone he sees (Pretty OP team xD) and me using my gun at the people coming in.

2. I would bring one trustworthy friend along, since it is more fun with him.

3. We would get into an all-out slugfest with the coppers, it would be worth it.

1. A Thompson M1928 with drum mag should do wonders, despite its age. As for body armour, a simple kevlar vest would be enough. You'd die anyhow.

2. Together. One team against impossible odds should at least amplify the chances a little bit, maybe one of us could pull it off alive and we'd just assume the whole scenario was just a death wish competition.

3. Hold 'em off. As long as possible. Get one man to do what he does best to get whatever the amount of money there is in the bank, while some of us will fight to the death.

2. Rob the bank alone. I already have a nanosuit why would I need help? Plus I get full "Prophet" haha, get it? no? okay :c

3. I'd take what I can get and just head for another bank :D

Ok, so here are my answers:

_________________________________________________
01: As a weapon I would preferably go for an Galil ACE 22 because it is reasonably powerful for it's purpose. Of course with the standard 5.56 FMJ bullets in a 35 round capacity magazine. For the body armour I would go for the "Sphere" like series of Russian combat helmets issued to some counter-terrorist police unit and a bullet resistant vest. Preferably a black coloured former USMC-issued MTV with all the addons to protect the torso and have space for 4 mags for the Galil.

Is the first question reserved only to 1 weapon & armour type to choose?

Q1 I would use a riot shield and armor.

Q2 I would play with mates

Q3 I would approach some minutes taking money and then waiting FBI to come, standing on the street wipping them out