Report on development progress along with gallery update.

The graphics improved a lot in last couple of weeks. A basic clouds functionality added, improved grass textures, improved and optimized shadows resolution, and the most important: there’s now a basic UI visible on screenshots.

Actually it was in game for long time, but the look of it was telling me not to show it to anyone:) The current one still needs some polishing, but I think it's looking acceptable enough for public.

Also I think the city-building genre players require as much customization as possible, so I'm considering adding an ability for user to cusomize the UI: change position, scale, fonts and colors for all the elements.

Here's what you can see by clicking on some of your citizens:

There's some empty space left for currently unfinished features. The thing is I want to make player's interacton with citizens as much natural as possible. So there won't be any smiles and icons reflecting citizen's mood/health/etc - (almost) everything will go as direct speech. I'm trying to convey the actual feel of "talking to the people" to understand what in your city requires improvements.

There was also some progress on building models. Here are the school and hospital models starting to shape out: 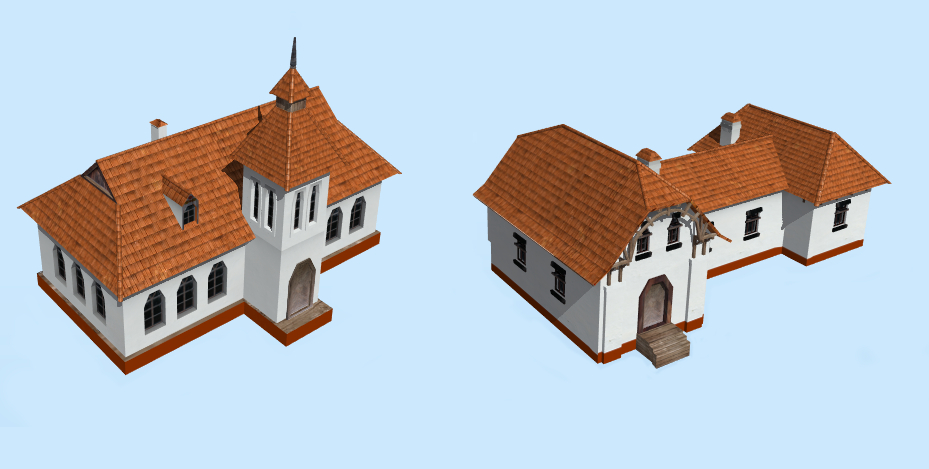 And here is how it looks in game:

The stable building now has a small pasture:

Meanwhile my promotion work is becoming a part of the project. Some time before I thought that one just need to make a good game and that’s enough. Even though I received nothing but positive comments on game, I still feel like almost no one knows about it. Now it’s obvious for me that it’s really tough task to get your game noticed among the endless flow of information, wich is part of our life nowadays. The more you throw in that flow, the more chance you have to get noticed. Little by little the community is growing.

That’s all for now. My next milestone is a gameplay video. So now I’ll need to put some effort to make everything look good in motion. You should have seen that awesome wagon physics:) 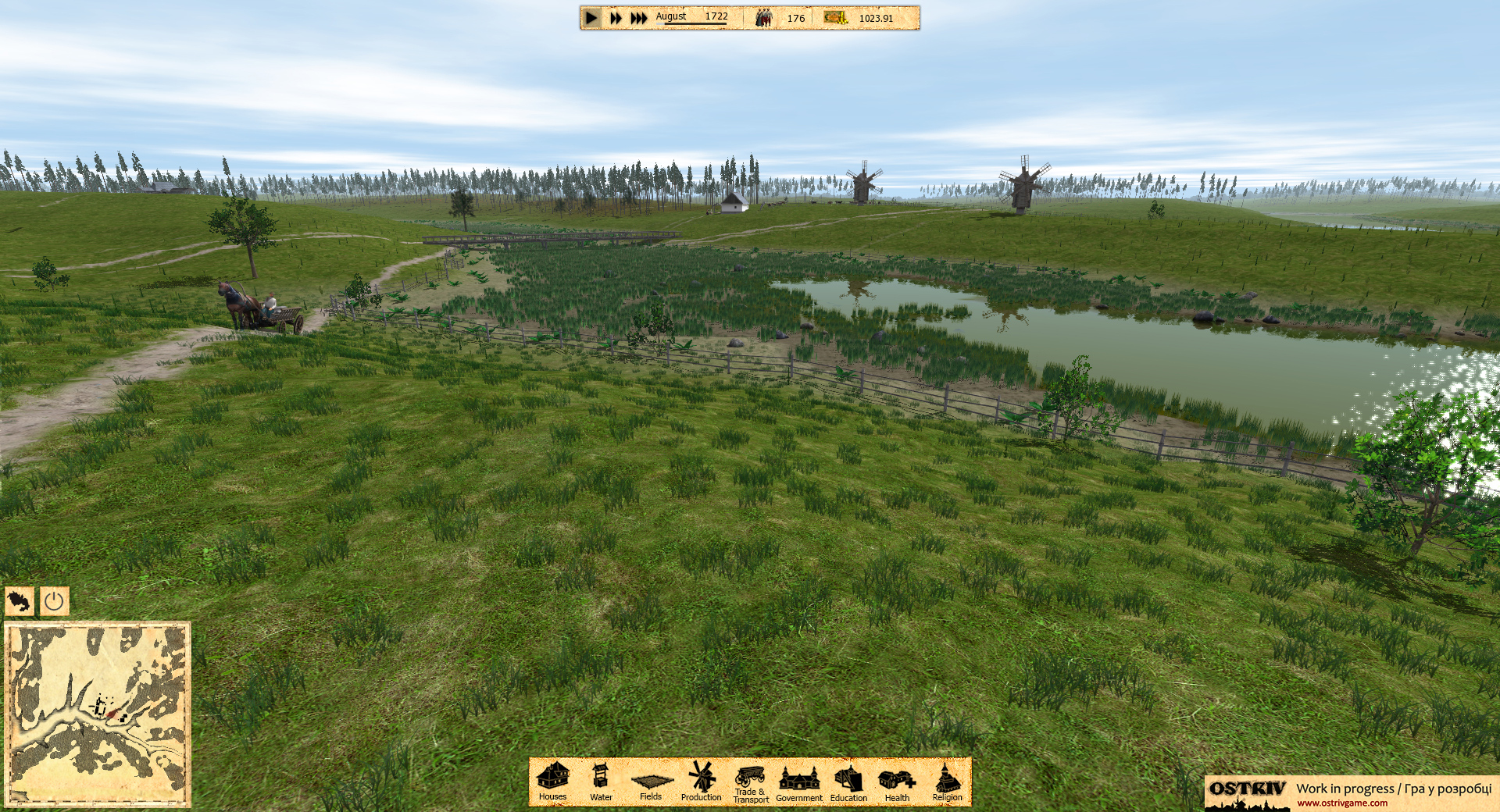 just posted! thanks for the tip!