Hey all, been a while since we've done a news post. The demo is well on its way (the reason for the short delay is explained here), and then we'll be back to finishing our previews of the upcoming 2.2 content. I'm also about to start the Eriadu Authority preview playthrough on my channel after I finish up with the Pentastar Alignment, which should coincide with the release of the demo. But for now, I wanted to talk about a new mod tool.

One of the most tedious parts of modding Empire at War has always been creating the Galactic Conquest scenarios. Setting up all the planets, deciding on andmaking all the new traderoutes (especially in Thrawn's Revenge), putting in starting forces. This has always been a huge timesink for ourselves with twentyish scenarios in TR to maintain, and I'm sure many other mod teams as well. It's also something of a barrier to entry for players who just want to set up something custom. Pox and Corey (but mostly Pox) have decided to address this painful tedium by creating an Empire at War Galactic Conquest editor. Here's a quick look at what we've got so far. 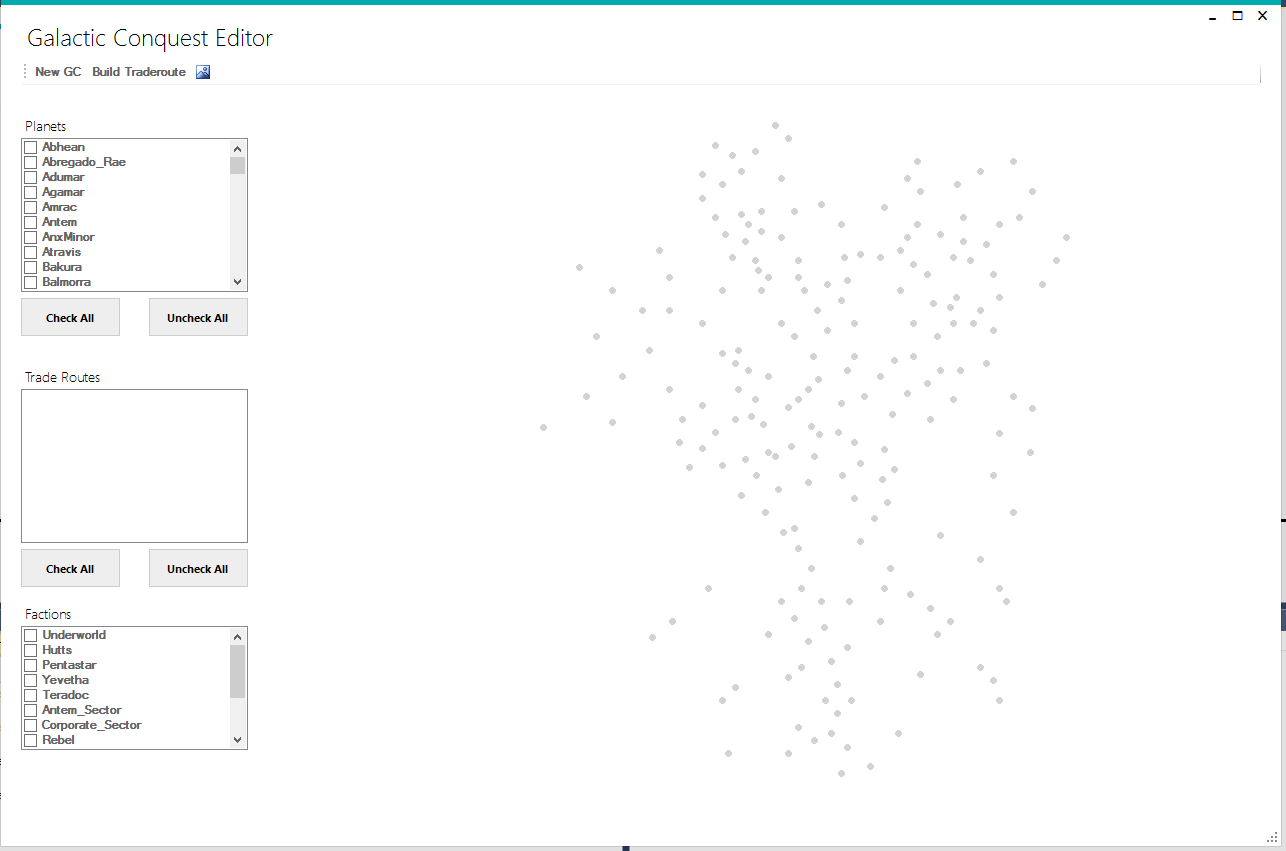 She may not look like much, but she's got it where it counts.

Currently, we have it set up to load files from whatever mod you may want by plugging in that mod's XML folder to the program (eventually, we hope to do a more regular loading function), allow you to select whichever planets you want, load traderoutes from the mod based on what planets are currently selected, and create additional traderoutes, along with some basic parameters (scenario name, campaign set, etc). 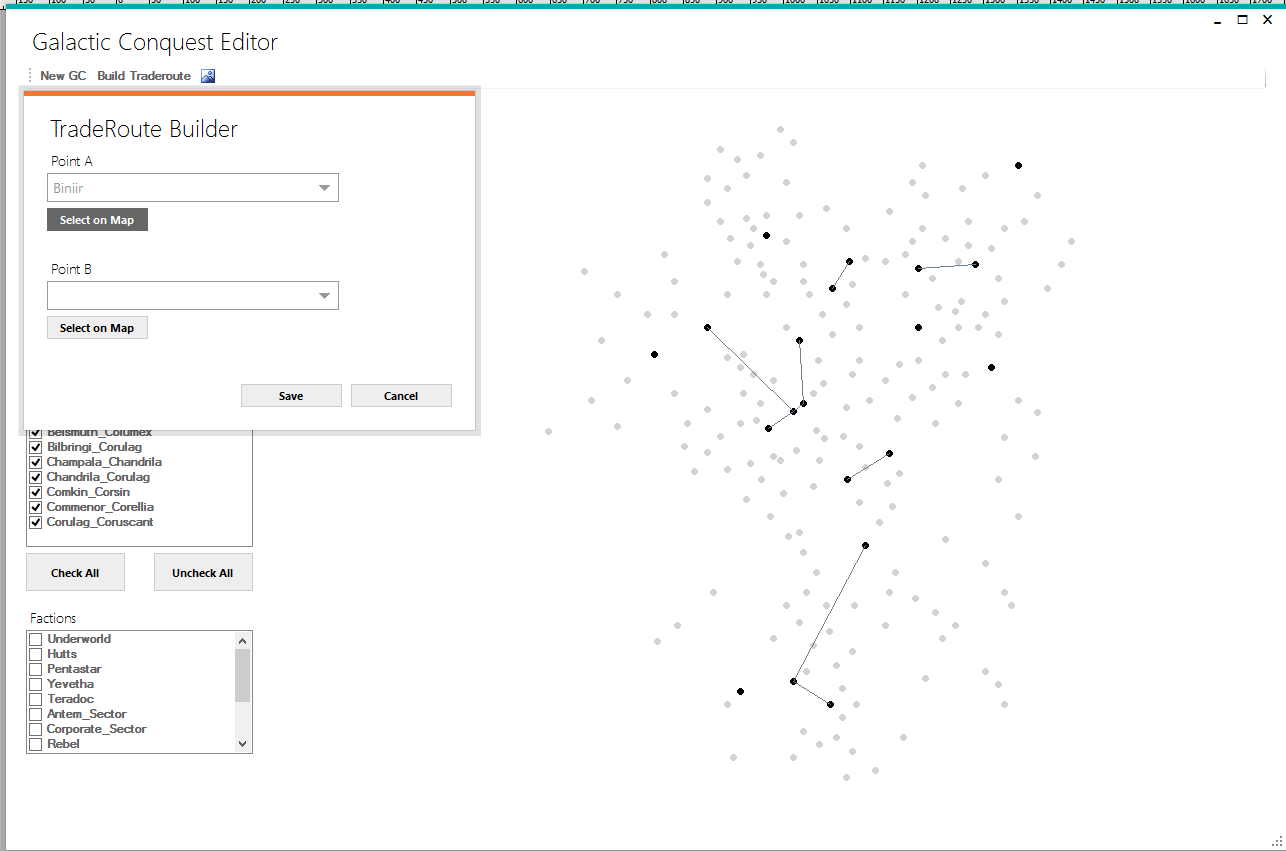 It currently just exports the basic form of the GC (selected planets and selected traderoutes) as well as all the XML entries for your new created traderoutes, which alone saves hours and hours of development time (enough to shave months off of a potential release date). We're still working on adding in the other functionality necessary for creating a fully-functional GC scenario without requiring too much outside modding, and minimal modding knowledge to allow the general community to create whatever scenarios they like, in whichever mods they want, although some stuff like editing the game's text files for the name and description will still be required. Starting forces are next up on our hit list. Pox would also eventually like to include some story scripting support in the editor itself, along with various other functions. Once we have a more feature-complete version ready and tested, we'll be doing a first release for the program. The initial releases will likely require a bit more legwork outside the program, but should still be a huge help at least for other mod teams and let them focus on the more important content rather than the tedious bits of modding, and a good source of feedback for us to improve the program.

Holy ****! this is probably the most innovative thing ever to happen to EAW!

That will make things ... sooo ... okay sorry ... soooooooooooo much easier !!
We plan to add a lot of minor factions to ECM so that software would be gigantic :)
Love you guys :3 <3

1. Will it work with other mods/vanilla?
2. When we will can download that thing?

lol. corey will find something else for you to do Slornie

All I have to ask is 'where do we get this?' Because making maps would be SO much easier with this.

How far along is this program's production?