Fusion of Worlds is set on Unitus, a planet created during The Binding. The Binding occurred after the death of Astra A, one of three suns within the triple star planetary system known as The Trinity. Astra A was the largest of the three suns and before its death it had eight planets orbiting it. During Astra As death, it destroyed most of the planets’ structures, the remnants were bonded by a great unknown power to form Unitus. The inhabitants of each planet have gone through the tragic loss of

Posted by FingerPunchGames on Nov 9th, 2014

Fusion of Worlds is set on Unitus, a planet created during The Binding. The Binding occurred after the death of Astra A, one of three suns within the triple star planetary system known as The Trinity. Astra A was the largest of the three suns and before its death it had eight planets orbiting it. During Astra As death, it destroyed most of the planets' structures, the remnants were bonded by a great unknown power to form Unitus. The inhabitants of each planet have gone through the tragic loss of friends, families and homes, and now they must learn to adapt and share the newly formed planet with others. Many struggled to adapt and placed the blame at the hands of the other continents formed by the binding for the death of their people.

The Eight Worlds Of The Trinity: 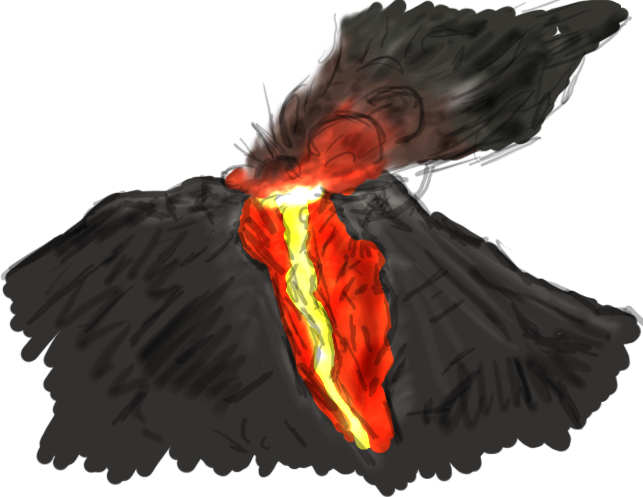 The closest planet to the sun, most of the planet is covered by lava. Most inhabitants keep to themselves besides a small faction, Faction of Flames. All inhabitants have been moulded and evolved to adapt to the harsh blistering conditions on Garahdum. Key inhabitants: Volcore, the molten lord and leader of Faction of Flames. 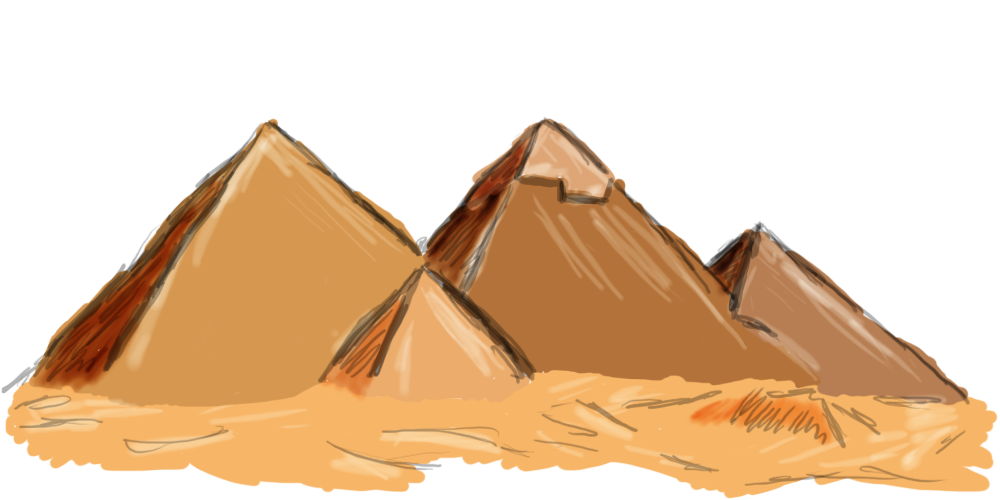 A barren land that was once a home to the deceased pharaoh, who ruled for two decades after dethroning his corrupt brother. He was looked up to by many as a great and fair ruler. Desolate is now inhabited by the ravenous creatures that swarm the deserts. Key inhabitants: Nahrim, the great ruler and Jaruhga, Nahrim's corrupted brother. 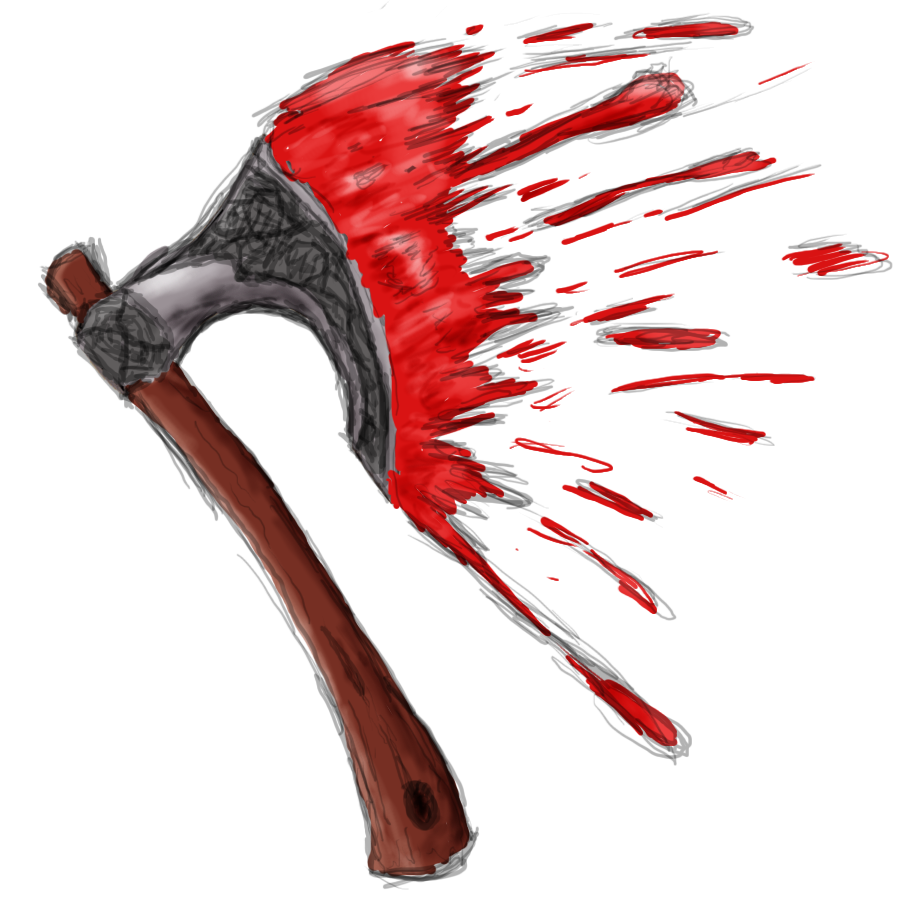 An under developed world making the most of medieval style weaponry forged from any ores they can get their hands on. A world that generally solves problems through combat mainly due to the main ruling faction, The Legion. The Legion has control over two sub factions that offer benefits to them; Ne'kra, trained in dark magic and Stonehammer, efficient working faction that mine and gather materials for weaponry. Key inhabitants: Gortar, leader of The Legion, Lezab, leader of Ne'kra, Ronnock, leader of Stonehammer and Thranard, leader of the Watchers, a faction trying to push back The Legion due to their brutish ways. 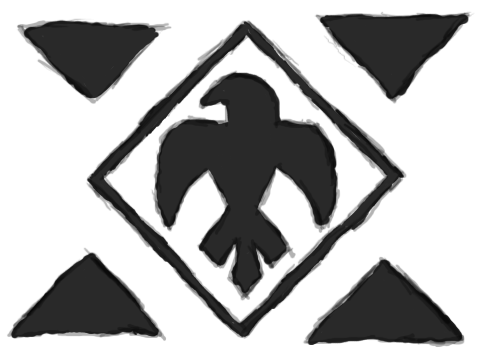 A world where nature has claimed the land as its own. Full of seemingly endless jungles, treacherous swamplands and beautiful plant life. Florna is inhabited by various creatures and a home to two battling tribes, Arawak and Tsekani. These tribes have had their differences for many years, both wanting to claim Florna as their own. Key inhabitants: Rowtag, leader of Arawak, Kamenna, leader of Tsekani and Vynara, queen of nature. 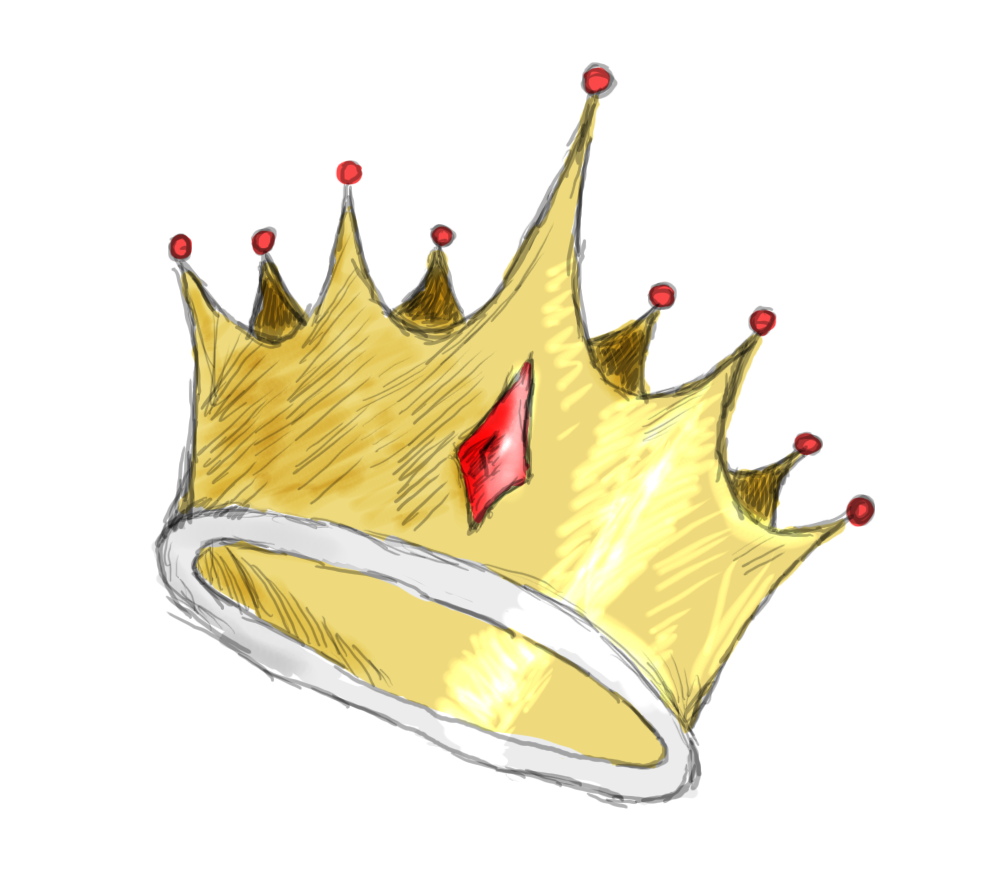 A wealthy economy centred around the capital city ruled by its King and Queen. The leaders of Claritas rule over their planet fairly. The people are happy and peaceful, bound together by trust and many inter-family marriages. Claritas is dense in population, the people make a living through their various trade skills. The landscape is lush and vast, hills, rivers and woodland that offer perfect ground for farming and holding livestock. Great castles and watchtowers have been erected throughout Claritas to push any potential invaders from their lands. There are three main houses of Claritas; the House of Knowledge, War and Shadows each with their own specific skill set and all ruled by The Empire (and the King and Queen). Diplomacy solves most of the disagreements on Claritas and violence is generally the last resort. Key inhabitants: Braedon Thompson and Aryanna Keyton, King and Queen of The Empire and the leaders of the three houses; Prof Brendan Rycroft of the House of Knowledge, Edward Thompson of the House of War and Aurora Raven of the House of Shadows. 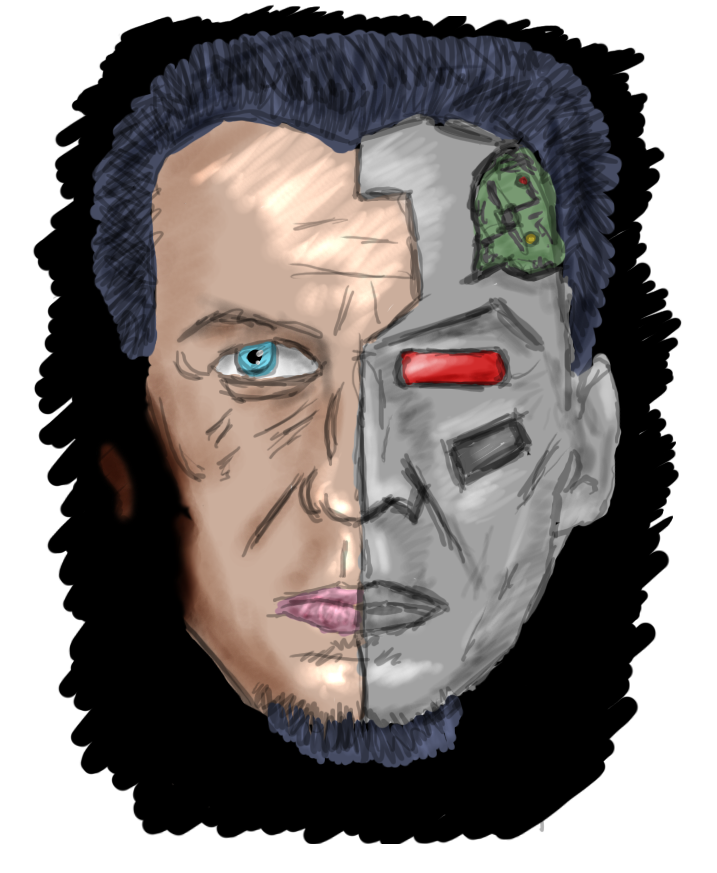 Advanced world inhabited by cyborgs and humans. Due to a lack of complete knowledge on neighbouring planets, the people of Provectus have developed advanced weaponry for hundreds of years and wish only to use it to defend against any potential attacks. Provectus strives to ensure their world is friendly and tranquil for all its inhabitants. Key inhabitants: A.I., an advanced computer system that guides the inhabitants of Provectus on a path of learning and discovery. 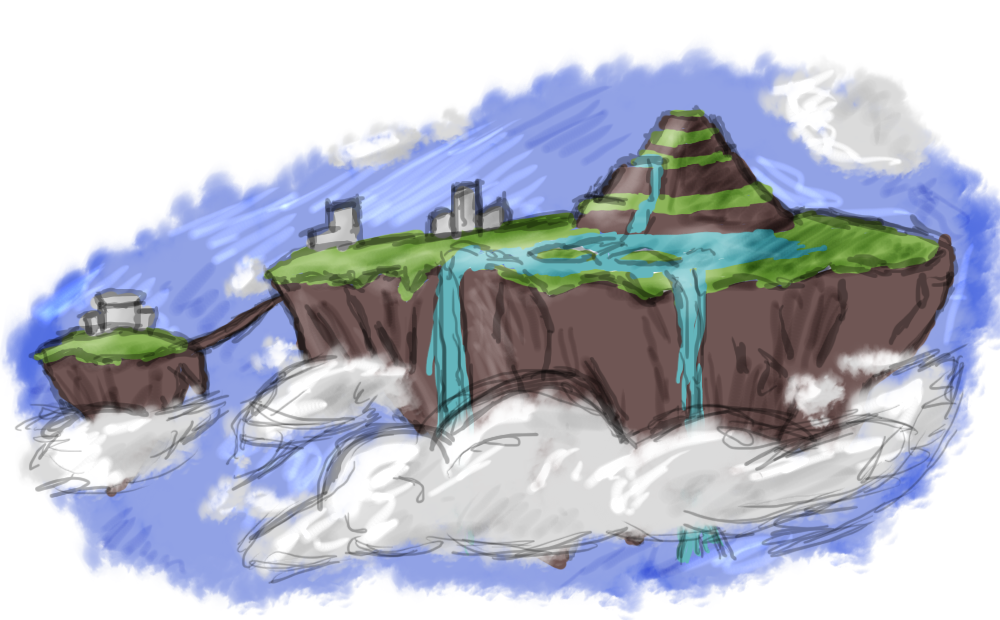 The floating isles of Atalma are covered in cloud, the various islands float over the cloud and are linked using portals, bridges and gondolas. Atalma is a peaceful planet home to a number of great rulers and minds that host meetings in order to solve any disagreements rather than choosing violence. Atalma is a very magical place, different to all of the other planets in how it operates. The islands and architecture are built high and vast in size, the structures are kept clean and in perfect of condition. The people are almost all rich and are very generous with their riches, knowledge and trade. Key inhabitants: Nero Praetor, the Emperor of Atalma. 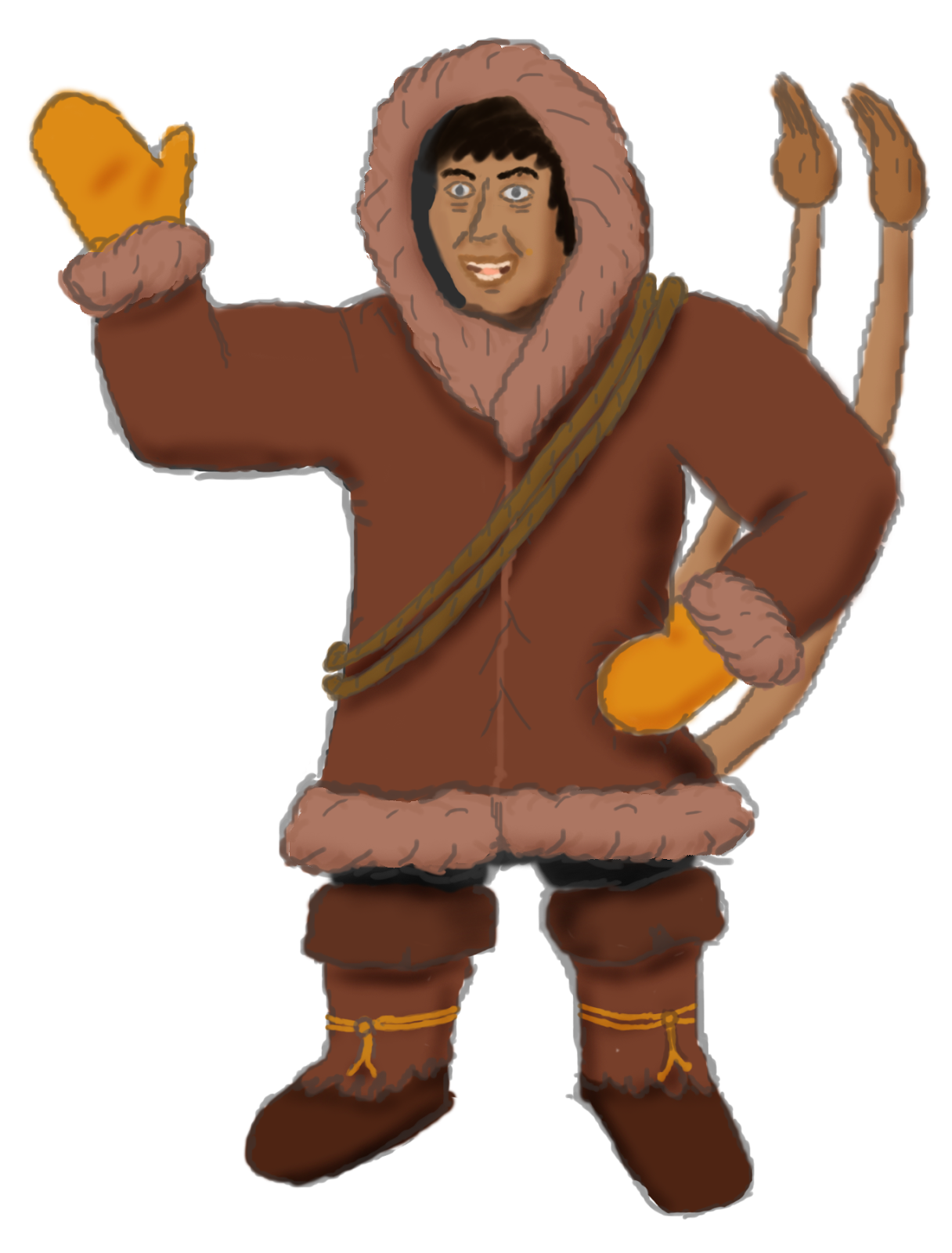 Most of the world is shrouded by it's endless snowstorm at a fixed area of Algor. The snowstorm started many centuries ago and instantly froze all inhabitants caught and are now buried deep beneath the ice which includes Algors king at the time. The rest of Algor is inhabited by Narfs, a friendly race, small in size but big at heart. They make the most of mammoths for travelling across the vast snowy land and large mountainous ranges. Algors land is home to a variety of both plant life and creatures that have adapt to grow and live in the cold conditions. Narfs are keen hunters and have created suitable defenses against predators which see Narfs as a tasty snack. Key inhabitants: Weevo, leader of the Narfs and Ezaldar, King of Algor.