I’m taking some time away from crafting gameplay and assets to work on some funky visual effects. I don’t know if I’ll use any of this, but sometimes it’s good to shift focus and experiment. 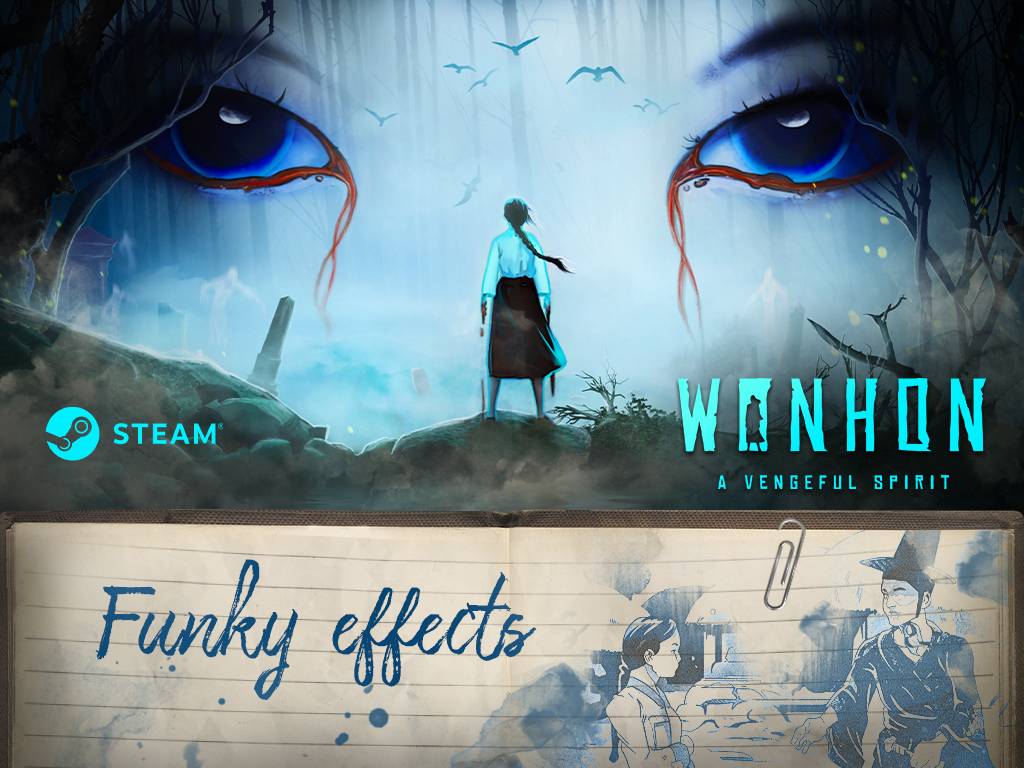 "I’m taking some time away from crafting gameplay and assets to work on some funky visual effects. I don’t know if I’ll use any of this, but sometimes it’s good to shift focus and experiment. The first gif is using some refraction using a particle system, jiggling UVs, and optical feedback. Using some shader code and render texture. Most of it is basically UV jiggling. Feed some noise to the UV and jiggle it around, you get water-like refraction. It’s neat. And this one, I might actually use this one, I like it a lot, it’s a compute shader particle system. I think there are about a million particles spawned in that gif above. The starting color of each particle is the color of the pixel at the location of that particle.

And over time it becomes fainter. This makes it looks like the character herself is disintegrating, which is neat. Compute shader is so powerful for these kinds of things. Each particle is moving independently and using noise equations to move around behind the character. Compute shader code is a pain to set up, but it’s very cool to be able to spawn millions of particles without using much CPU resource at all. I can spawn about 5 million particles before the frame rate drops below 60fps, on my GTX 1070 GPU. This looks cool and all, but would it be distracting for gameplay? I’m not sure. I’d have to test it." (c) Sean, the Wonhon: A Vengeful Spirit developer.