In this article, we discuss some of the upcoming changes in Osiris 1.3! This version will merge the community's biggest wishes with our best ideas, and we think it'll be great.

Greetings everyone! For these holy days, during which we have to stay inside anyway and as promised in the previous article, we'll be discussing the plans we have for the next major version of Full Invasion 2: Osiris 1.3! Though we are quite happy with the way Osiris works in version 1.21, and we initially intended for that to be the final version of Osiris, circumstances changed (as mentioned in the previous article)! So, we decided to take another look at the main drawbacks of the current version of Osiris, and see how we can tackle them.

Generally speaking, the changes we plan to introduce can be divided into these categories:

The changes in this area won't be very massive. We're planning to change the stats on some outlying items (super light-weight armour with pretty good armour values, for example) and classes. We're also looking into changing the anti-staggering mechanism that bosses and large enemies use right now. As it stands, this feature hinders melee players the most, and greatly increases the danger level for anyone in melee range of a boss. While the anti-staggering mechanism serves its purpose nicely (making bosses and large enemies a bigger threat that can break stalemates), the impact it has is much larger on servers with a smaller playerbase and punishes unprepared new players severely.

Keep in mind that we are making another change (more on that below) that might also alleviate these issues with the anti-staggering mechanism, so we're awaiting that before we make any other changes to this mechanism in particular.

Stirring up the meta

By now, a lot of our veteran players will be used to the idea of what options are the best to pick in what scenario. Use these particular stairs in Brytenwalda, stock up on legendary shields, et cetera. While we don't want to take away any options currently available to our players, we do want to add a few more viable alternatives, and perhaps tone down some aspects of the mod that were overperforming. This means we're adding new classes (in all categories, but Elites most of all) to multiple defender factions.

One of the main things that causes an established meta, is players knowing exactly what to prepare for. So what if we introduce something that... cannot be exactly prepared for? That's why we're adding: 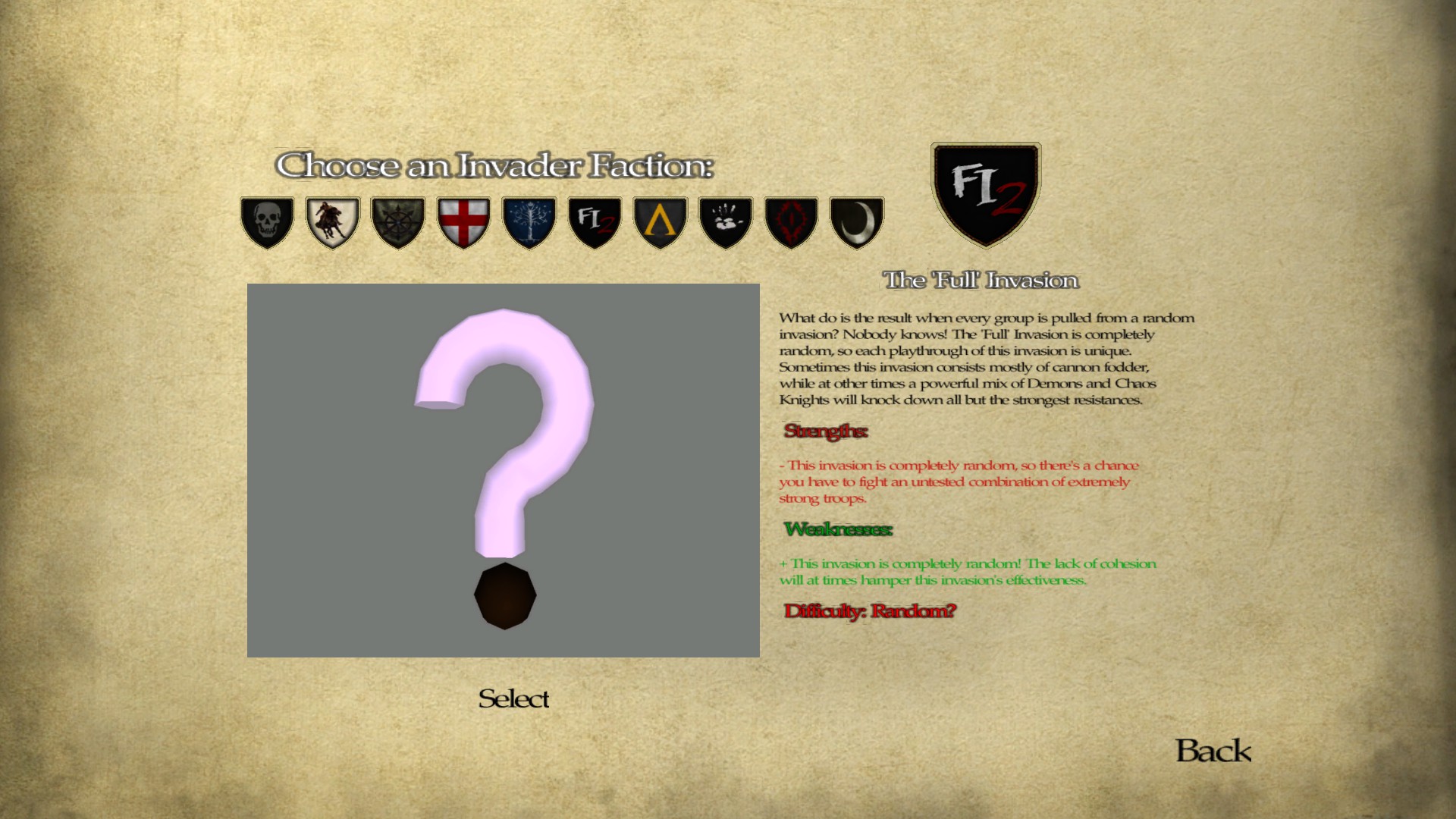 That's right, we're adding a new invasion faction that is completely random. Every group of bots that spawns is drawn from a random different invasion (current wave appropriate, for the most part). This means you may be fighting Snagas and Greek soldiers at the same time, or Pride Demons, Chaos Knights, and Uruk-hai! Every playthrough of this invasion is unique, and will test your preparedness in different ways, especially since every bosswave is unique too.

The largest drawback Osiris currently has is the fact that respawning takes a long time. Under the best circumstances, you may respawn after a minute or two, but if you die at an unlucky moment late into the invasion, you may have to wait up to 20 to 30 minutes. That's way too long to be fun to anyone, and it's a severe roadblock for many new players. So we're changing how the respawn system works. In short, the new system we have in mind works like this (keep in mind that the numbers will probably change):

Additionally, we are considering removing the gold loss when you die (unless you're a hero class, in which case you'll still lose 50% of its cost like you do now).

We believe these changes will help alleviate the roadblock mentioned before, making it easier for new players to enjoy the mod in the process. This change will make the mod a lot easier, so we'll have to compensate in other areas... 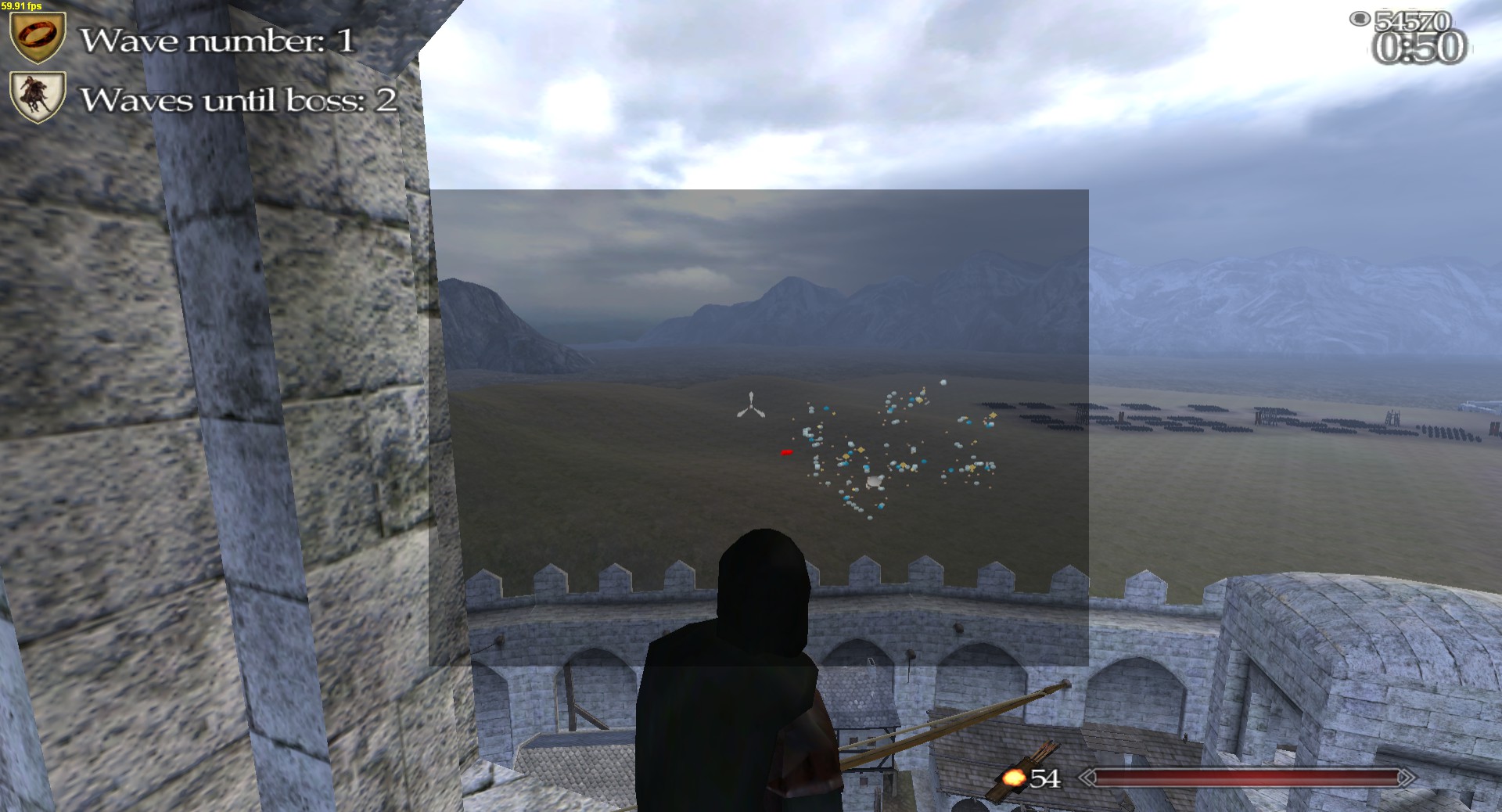 An early version of the respawn point selection screen, showing the living friendly and enemy entities, and all interactable props.

We will also introduce some much requested quality-of-life changes for admins, including:

We're also adding some new stuff, just to make it all more interesting! As can be seen in the gif at the top of this article, we're (finally) readding fire arrows to the mod. These will be available to (almost) every archer class in the mod, and can be shared between players just as easily as regular arrows. Other new additions include:

All these changes will make for a nicely proportioned patch, in our opinion. As it stands, we have several months worth of development and testing (testing most of all) ahead, so this patch won't be released for a while yet, but we think it'll be worth the wait!

If you wish to discuss this article with the rest of the community and us developers, join our Discord server. For now, we hope you all have a wonderful 2021!

Can't wait to see play it!

I really hope you guys take another pass at the warhammer factions at some point. The current set of playable troops and fightable enemies are more then enough to have a great time, but they feel very vanilla. It'd be nice to have some variety!

Just now I managed to read it more carefully and it sounds really interesting what you got in mind. Looking forward to see it ingame!

"If a player dies, they will respawn after 60 seconds (not sure on the amount of time yet)."
This will make the Arcane Faction Heros (Mage on a Horse) unique "Blink" Skill even more useful (or the Invisible Skill of Klethi). Set a Flee Point and use the skill in case of wipe and keep everyone alive to respawn and regroup