Time for an update on the development progress of the next installment of FUEL: REFUELED.

S o its been a while, a lot of work is going into this release of FUEL: REFUELED, but unfortunately it looks like it will have to be delayed once more. This time I'm just going say it will be released when its done! This news post will be showing of the some more of the features and changes included in this update and give hints as to the reasons why its simply taking so long to be released. Please see this earlier news post for other various previous discussed features. 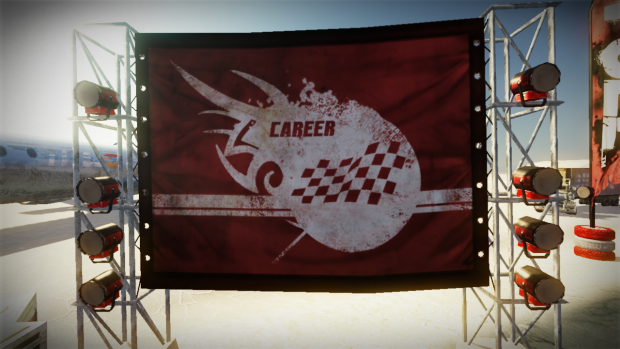 Ok so I think we can all agree that the FUEL Career could do with some improvement. My personal feelings is that it is uninspired, so much more could have been done with it to distance FUEL from your generic racing game. But feelings aside - heres the most notable changes included in the all new Career... lets call this Season 2 lol. 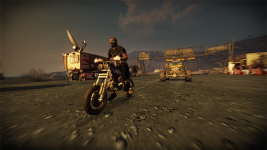 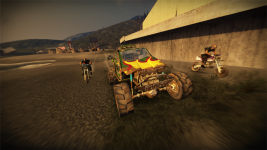 The most striking difference as you enter the game is that these races are more open and less restricting when it comes to vehicle selection. Effectively, if your vehicle can make it to the start line and is capable of completing the course then you can enter. Rather than leave races unbalanced (like they are now), the AI (and players during online) can only use a vehicle from a specific performance class that I've designated. For instance the first race in the game now gives the player the choice of nearly a dozen vehicles to choose from, from buggies to bikes to a monster truck. They may be completely different vehicle types, but all share similar top speeds and acceleration under average conditions, and that leaves the course itself and the route the player takes to effect which vehicle is best suited.

A side effect of giving the AI a narrow performance margin from the player and other AI is that they are much more well behaved. It reduces the problems where AI could gain an impressive lead over the player or vice versa. I will be discussing more on AI at a later date, but it will be noticeably better in this release on these Career races. 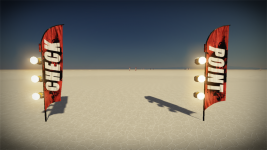 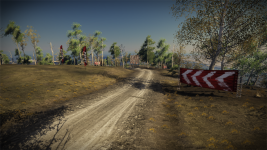 The second change is to do with checkpoint placement. Don't you just find it annoying when you accidently miss a checkpoint because either it was stupidly placed (i.e on a corner or behind a hill) or just simply not registering you passing through it? Well I certainly do.
What I've done with most races is essentially redo all the checkpoint placements to how I think it should be. I've looked at both player and AI movements to determine which checkpoints are especially problematic shall we say. In some races that have close to nearly 30 checkpoints you might now find less than 10. FUEL is a huge open-world game... we don't need checkpoints placed every 50 to 100 meters, it kinda defeats the point of playing this game. 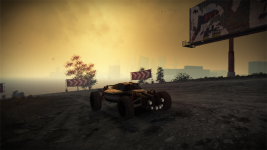 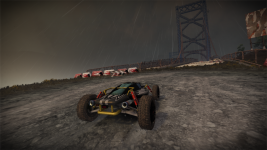 The third change is the environmental visuals or to be specific the effective use of environmental visuals. FUEL has pretty decent weather system that allows the specification of individual weather elements to a specific values, yet for the most part this isn't used that effectively. For instance when a race is to be sunny, most weather settings are in fact disabled, so you wont just encounter a small amount of clouds during the course of the race, they are in fact permanently disabled for the entire event. So what I've done in these situations is declare a small cloud value that the player could encounter - i.e. instead of disabled clouds, the player could encounter between virtually 0 and 5% cloudiness as the race progresses.

Another situation is where most races use somewhat fixed values, such as "50%" for an element, with no secondary value to give some randomness to the weather as the race progresses. So rather than 50% rain, you may experience anywhere between 47.5% to 55% during different areas of a race for example.
One other element is the fog, which is only really used in extreme situations and not the norm. For instance you might get a race with a really high fog value, but very few have small 0 - 10% background fog values and instead are just disabled. Races will never have '0' fog, but instead at closest a value that is close to 0, yet not 0. Adding fog to certain races of sufficient value does actually make the environment more visually appealing from what I've seen so far. 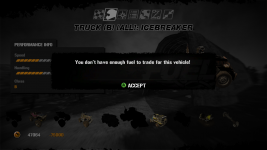 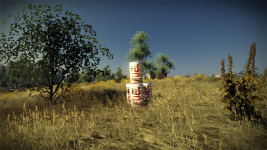 Ok the forth change and the last that I'm going to cover in this news post is the revisions to the economy system. In the stock FUEL the economy is often not well balanced, you could unlock a high class vehicle early on and remove the need for unlocking the rest or situations where a low performance vehicle is ridiculously expensive.

In V15.4 I've given all vehicles a price equivalent to their class and discipline - for instance a D class vehicle might set you back 25,000 FUEL, but a B class 75,000 etc. Also when it comes to race rewards they are now all the same, so rather than having to reach an end-game race to get sufficient prizes you can probably afford a decent vehicle of your choice after a handful of early races.

To compensate all these price changes, Maverick vehicles (such as the hovercraft and hippy van) can all be purchased. Most of these vehicles often get overlooked, so giving the player the option to outright buy them as an alternative to tracking them down is a good addition in my view. The hovercraft specifically costs 25,000 FUEL and is purchasable right from the very start of the game now - its annoying when someone doesn't have this in an Online Free Roam event.

So when will this actually be released?

With the changes I've mentioned in the above sections, plus the all changes in the previous news post and all the other stuff I haven't mentioned yet, this update is taking its time to get finished (This is a one man project bare in mind). So far I estimate way over a hundred hours has gone into this release alone, and yet I feel its just not releasable material just yet. It will be here eventually, but best bet is not till early to mid February. Until then...

You are doing an awesome job! I really like that you try to improve FUEL in any way possible and I'm really looking forward to the newest gameplay changes, which hopefully balance, in my opinion, the horrible AI behaviour. :)
Keep up the awesome work!

Really great job so far, I'm always reading your posts with great interest, as you do much more than just improving graphics or adding some cars.

I haven't played FUEL very far and I will wait for it until your mod is ready to be released.

Great work. Those are some awesome ideas too. I can't wait for this to be released.

I'll admit that I'm not really too keen on the expanded vehicle selection on races (simply because I like vehicle size uniformity in races, just me), but an overhaul on checkpoints is too awesome to reserve any complaints on anything. Not that I've yet to complain. As a matter of fact, just go ahead and mentally pare this paragraph down to the word awesome.