Hay guys/girls I found a Tool that helps with lag, encounter rate, even crashing! And many other performance issues that make this old game a pain.

Hey guys/girls I found a Tool that helps with 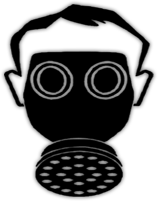 lag, encounter rate, even crashing! And many other performance issues that make this old game a pain.

It's called "Fallout Tactics Booster" It's been around for some time now but i never got around to downloading it, i recently did and it worked wonders on Project Safehouse so i tested it with Enclave and there was a noticeable performance increase that i think you all will find pleasing compared to the Vanilla performance.

All you need to do is download it from here, extract it and run it as "Administrator", select your Fallout Tactics directory, select "Full - 250MB" and click "Optimize!"... And your done!! Fallout Tactics and any mods you may have installed will be improved. :D

Also FT Booster will be added to the Mod Launchers list of tools in the next release. (coming next Friday!)

While playing (or trying to play) Fallout Tactics you've probably noticed that the program isn't coded well. Even the most powerful hardware configurations may have problems with its poor swap-file system.

That's where the need for this program came from. Even the minimal variant of optimization brings noticable speed boost during screen scrolling. Other variants allow (among other things) faster game initializing. 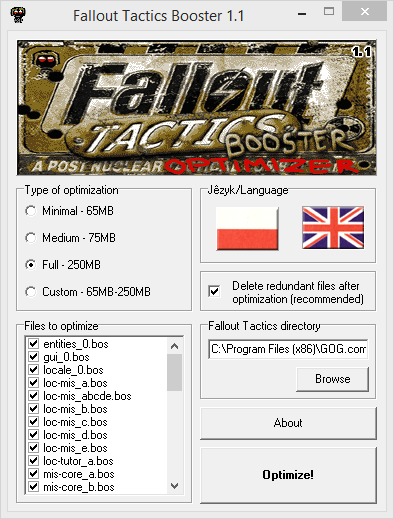 If anyone needs help or has a problem contact me via Email if you don't have a ModDB account to PM me.

Robco, the link is broken, i found a new one here: