Time to introduce the heavy weaponry of both the Legion and Revenant armoury!

Welcome to the second Frontline Chaos ModDB update! In this update I have some goodies for you guys. Besides that, I also have another secret which I will post later this week...

Battle of the Titans


As you may have seen, I've uploaded a render of both the Legion Behemoth and the Revenant Duke. Both are the heaviest vehicles in both armies' arsenal, and can only be unlocked at Rank 5, by choosing the Superweapon science. This science unlocks both the Superweapon and either the Behemoth or the Duke for respectively Legion and Revenant. 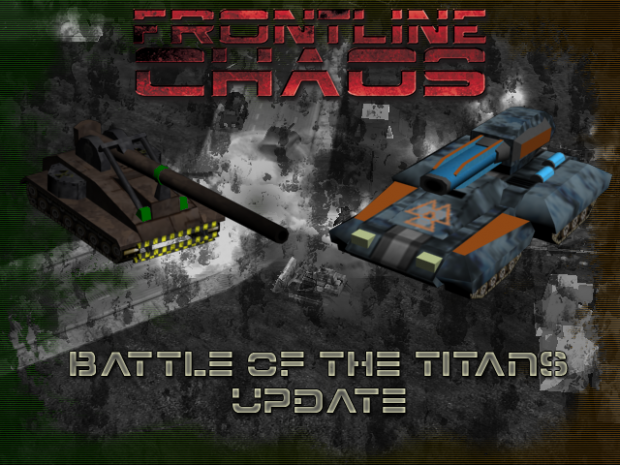 
The largest vehicle in the currently known Revenant armory is the Duke. In essence, it's a nuclear howitzer with an extreme range. Its 420mm cannon lobs shells with a nuclear fission warhead, which cause massive damage at the impact zone. There are very few targets that can survive a single shell. Those who survive, are left with heavy damage, and can be killed with ease by supporting units. These supporting units are needed because a big gun comes with a big drawback: it has a large minimum range. To make it survive a little longer, Revenant scientist have given the Duke heavy armor plating, and have installed a nuclear engine to power the whole vehicle. This engine can also be used by the driver to use a special ability: overload the reactor, and creating a massive explosion, destroying the Duke, and anything unlucky enough to be close at that time. Even without overloading, the engine explodes violently when the Duke is destroyed.
Because 420mm barrels and nuclear material are hard to come by, commanders are allowed to only have 1 on the battlefield at a time, at a large cost.


The Behemoth lives up to its name. It is extremely heavy armored, and sports an experimental 220mm Plasma Cannon designed by M-Tec. The impact of this weapon can best be described as a miniature Demolisher Shell explosion: it creates temperatures up to several thousand degrees Kelvin, turning infantry, shrubby and trees into ashes, and melting trough armor like a hot knife through butter. In other words: it's pretty devastating. The whole tank is powered by a prototype plasma reactor, also designed by M-Tec. Because the technology isn't perfect, there's a chance that the Behemoth may explode rather violently when destroyed, creating a similar effect like the impact of one of its shells. The plasma reactor also draws from the power production of the owning commander to function, meaning that if the commander's base is on low power, the Behemoth will shut down.

ModDB Mod of the Year 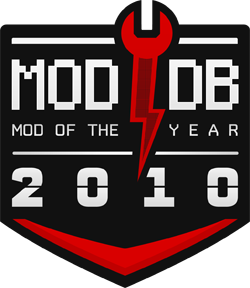 It's the time of the year again that you guys can vote for your favourite mods. As this mod is still far from done, I don't expect to get many votes, but I would appreciate it if you would vote for this mod if you like it :)
Voting is simple: go to Moddb.com , and click the green 'Vote for this mod' button. You can vote for as many mods as you like.


More images will follow later this week. Also, as mentioned earlier, I will also post something... interesting later this week, together with the images.
Besides images and little secrets, I can also tell I finally got the AI working again for Revenant. It's so much more fun to test the mod when you an enemy that fights back =P