Hey Pilots! It’s hard to believe that we’re coming up on three months since we launched Titanfall 2. It’s gone by fast and a lot has happened. To kick things off I wanted to share a couple “state of game” facts that we’ve seen since launch

It’s hard to believe that we’re coming up on three months since we launched Titanfall 2. It’s gone by fast and a lot has happened. To kick things off I wanted to share a couple “state of game” facts that we’ve seen since launch:

While we are very happy with how Titanfall 2 has been performing, we’re not resting on our laurels. We’ve got lots more work to do in the coming months to keep supporting the game.

On the last FNN we revealed for the first time Live Fire; a new game mode for Titanfall 2 and two new maps to support it that will be coming soon in our next content update. You can read the first details here. We’re working on a kick ass trailer that we’ll be showing the coming weeks but in the meantime, we took a moment to chat with Griffin Dean, the designer behind the mode, to give some more info. 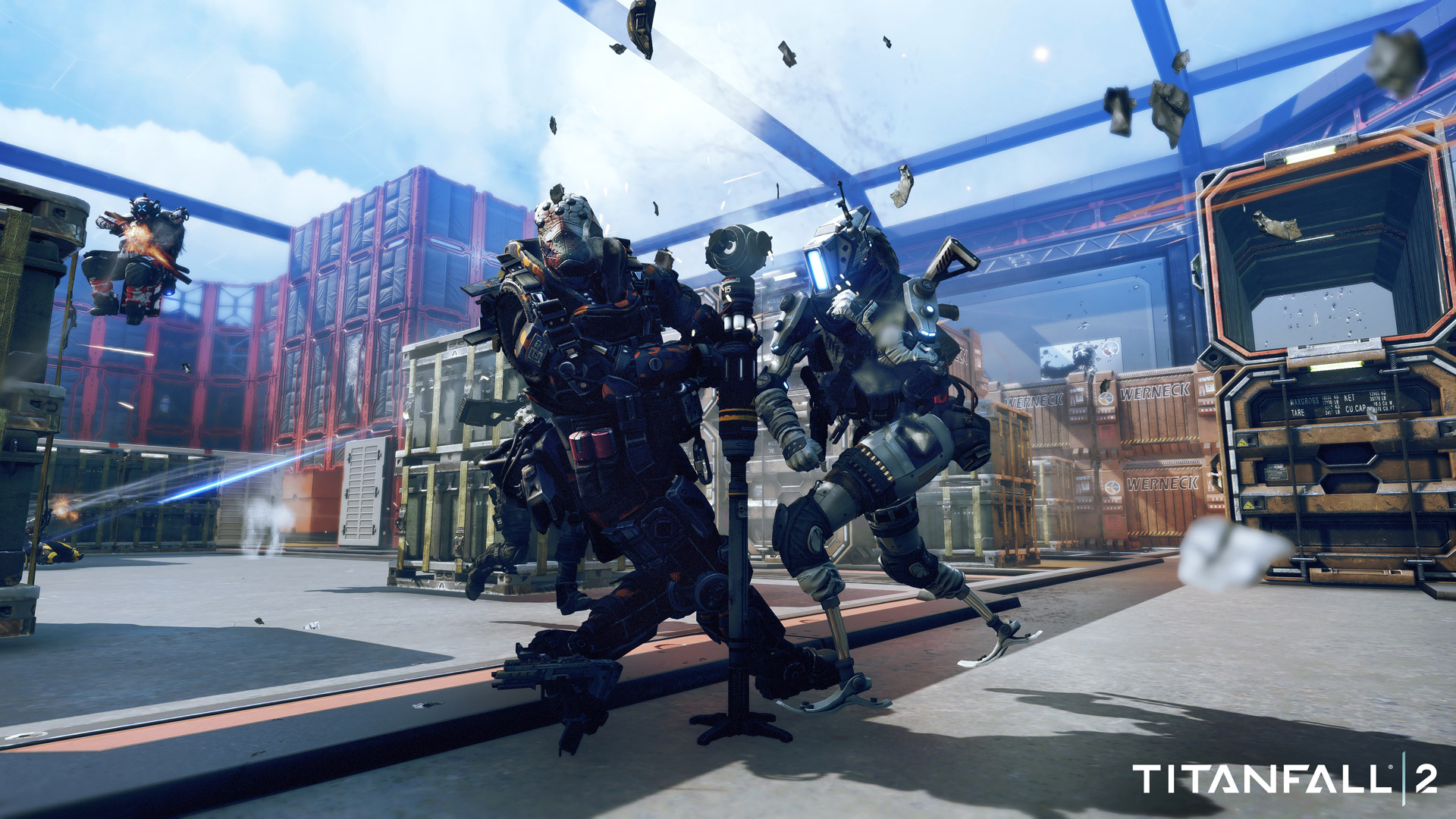 Could you break down how the mode works?

Live Fire is a fast-paced round-based 6v6 pilot only elimination mode. Each round gives players only 60 seconds to eliminate the enemy team or take control of the neutral flag. The team that holds the neutral flag when the timer runs out wins the round regardless of how many players they've lost. Knowing how and when to pick up the flag is a core aspect of the mode's meta.

Where did the idea for the Live Fire Mode come from?

Live Fire was inspired by speedball matches in paintball. We wanted to capture the spirit of these lightning-fast competitive matches and give it a Titanfall twist. Live Fire, like speedball, is fundamentally about forward momentum. You have to advance against the enemy, attack aggressively without hesitation, and make split second decisions that can make or break your team's victory. 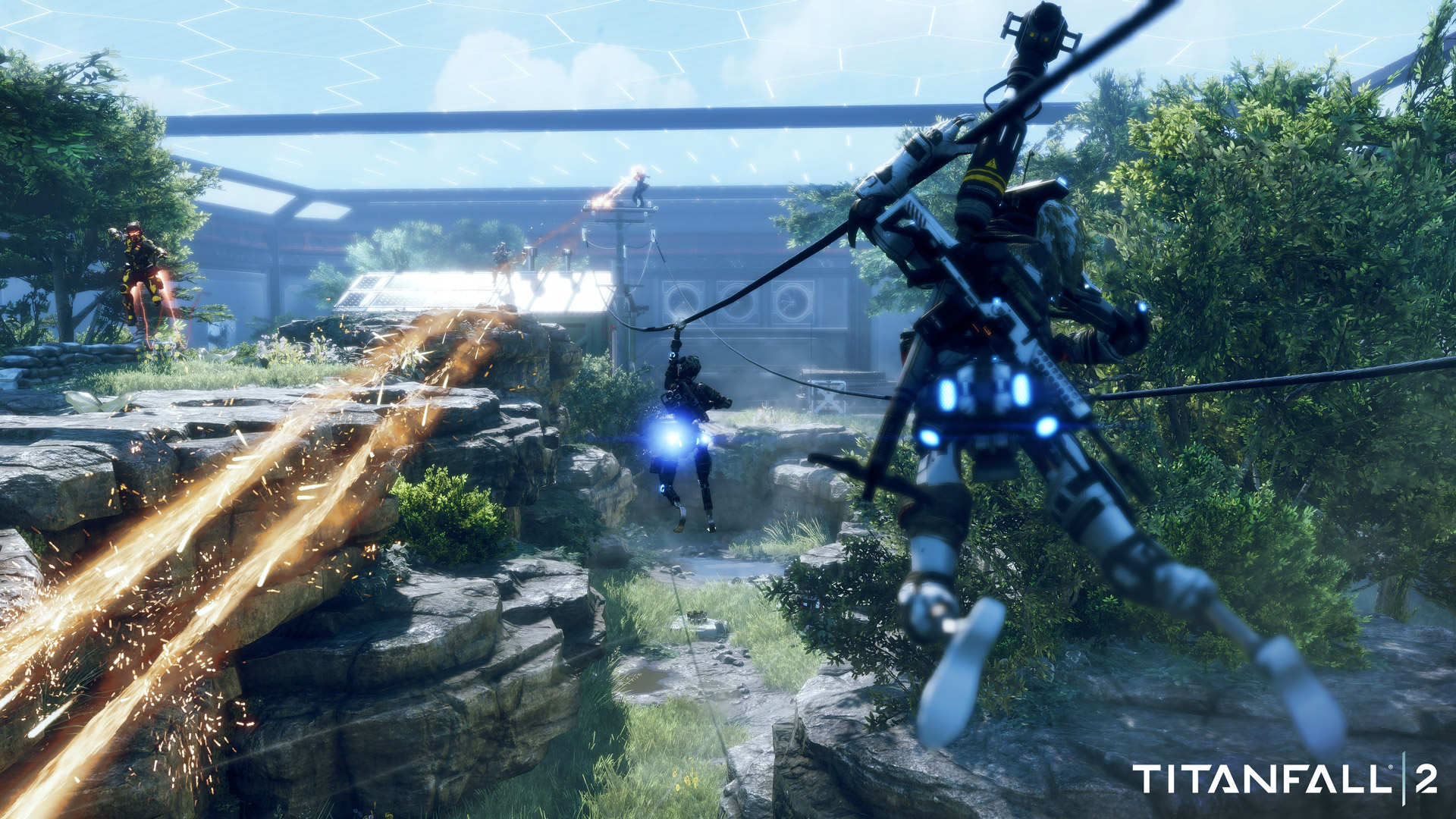 How are the maps different than what we’ve seen before in Titanfall?

Live Fire maps are designed around controlled sight-lines, choke points, and flank routes. The maps are design to force confrontation and focus combat. These aren't reactionary encounters: it's best to have a game plan. You know where your enemy is coming from and you must utilize your abilities and mobility to outplay them. If you manage to flank your opponents, you can devastate their ranks.

What’s the process for prototyping new ideas like this at Respawn?

When we're developing new ideas like Live Fire we employ a technique called "Rapid Prototyping." The goal is to prove a concept is fun as fast as possible. We try out a few different concepts then select the strongest one and start to refine it. We playtest daily and use the feedback and data from our tests to inform our design decisions moving forward. The testing keeps us honest and ensures we stay on the right track.

What kind of loadout do you usually run with?

I'm a flanker at heart. I usually use a Cold War or EPG paired with a Mozambique. I use these weapons and pilot mobility to punch through a flank and get behind the enemy. The key is to break open a flank in the opening seconds of the round. No one expects an aggressive flanker that early. 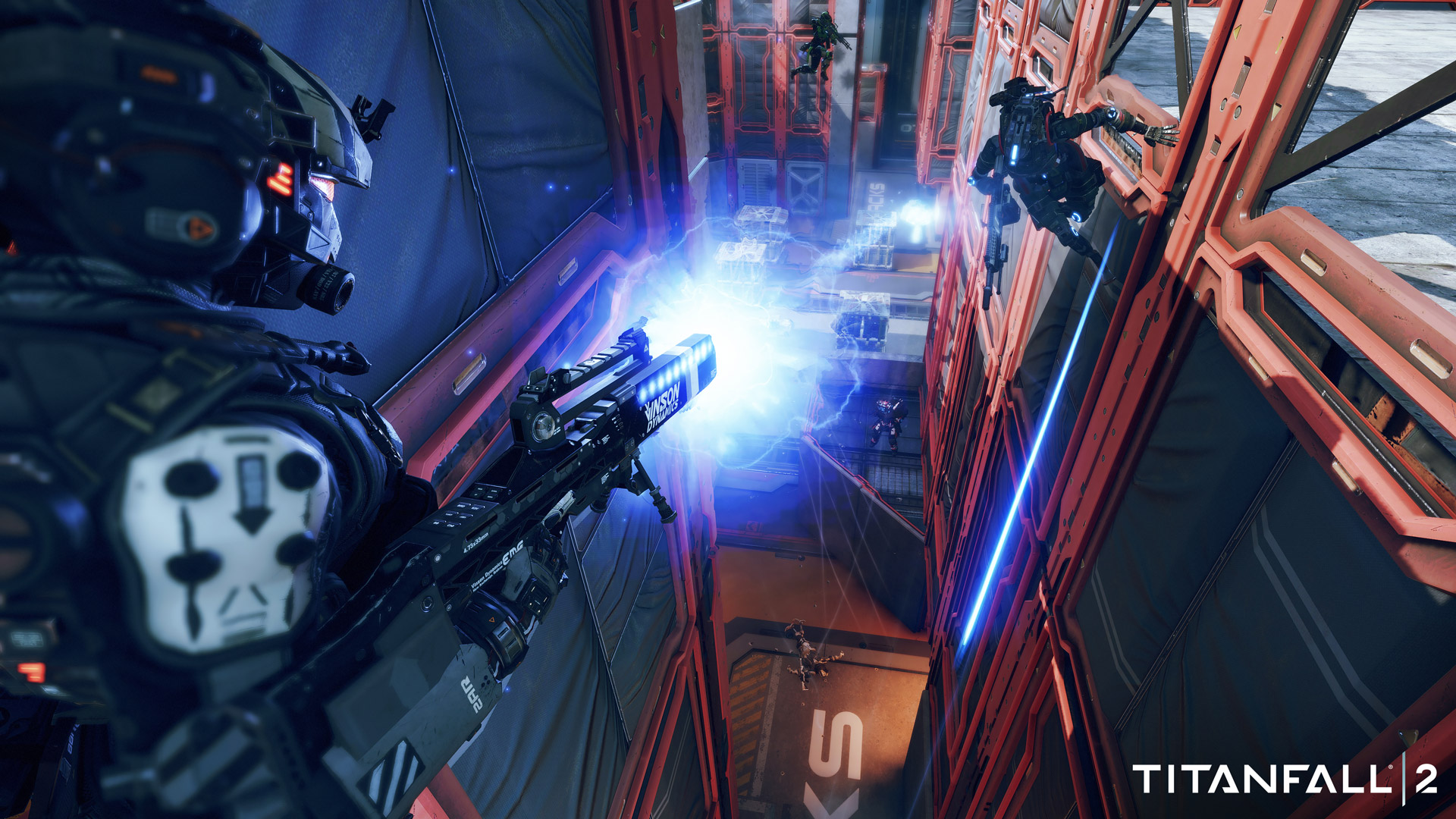 What do you like the most about the mode?

For me, Live Fire is like an espresso shot: It gets my heart pounding. I like the fast-paced elimination play. When I kill an enemy pilot I know I'm making major progress towards a win for my team; if I get killed I only have to wait a short time before I get to try again. The rounds come right down to the wire. It's always anyone's game. Even when we're down to our last player and he's outnumbered 4 to 1 there's still the hope that he can grab the flag before time runs out. In one of our tests the other day, someone won for our team in that exact scenario. He kicked the enemy flag carrier out of the air and grabbed the flag with 0.5 seconds left on the clock. When the round ended I was grinning like an idiot.

The Live Fire update will be our first content drop for 2017 and certainly not the last. The team is hard at work building and testing new content that we’ll be releasing over the next few months. While we’re not prepared to reveal full details yet, I can confirm a couple things to expect after the Live Fire update.

The next drop after Live Fire will be a doozy. We’ll have new Prime Titans and cosmetics you can purchase at the store, a large patch that will bring a host of bug fixes, balance tweaks, and new features online. Not to mention a new weapon, Pilot execution, and more. We’re also bringing back another Titanfall classic map which is…. 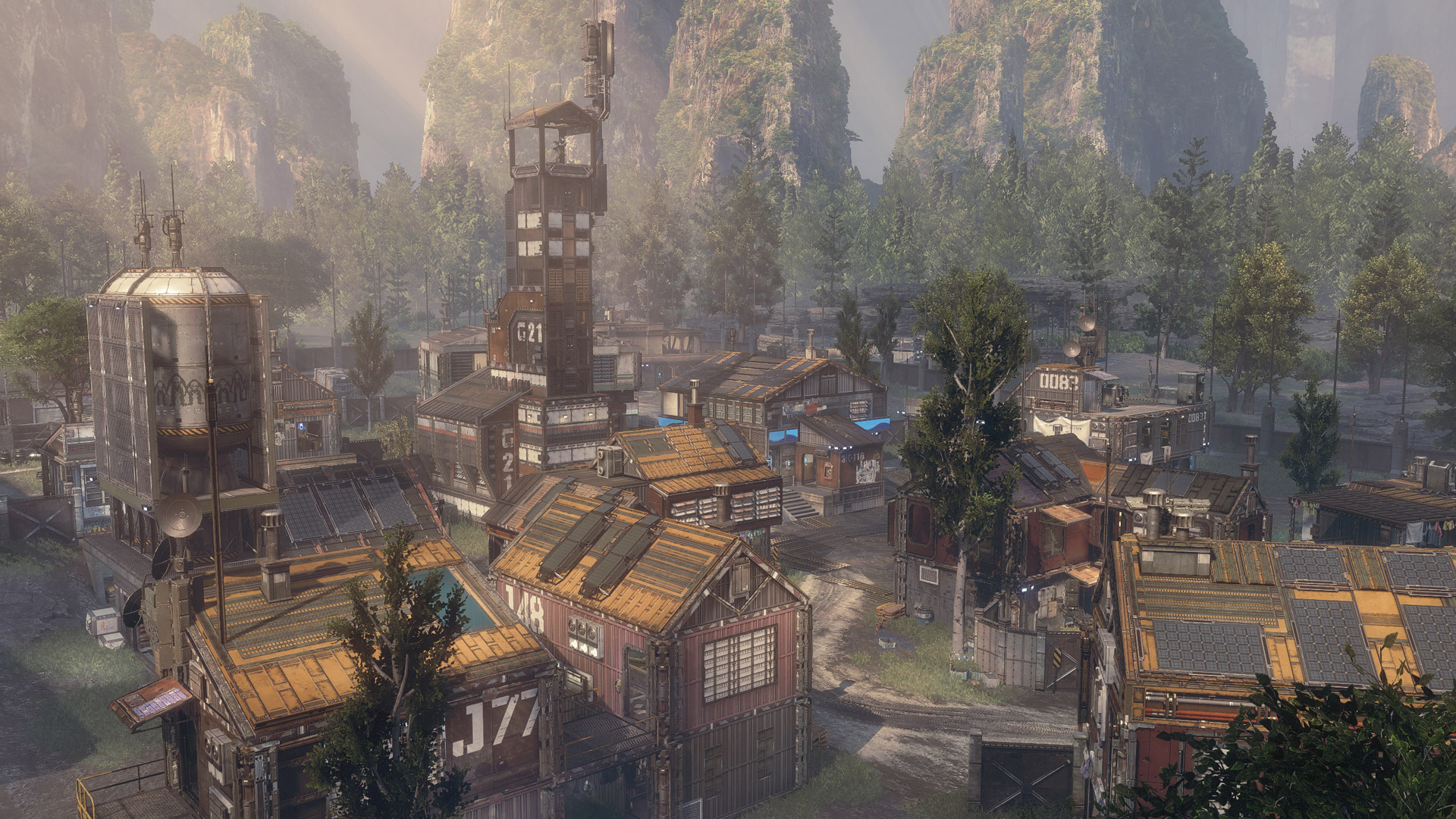 I’m personally thrilled to see this one making a comeback and it’s starting to look great with a new coat of paint. That’s all I can say for now but expect all this and more down the road. This is just a tease of all the stuff we’re working on. 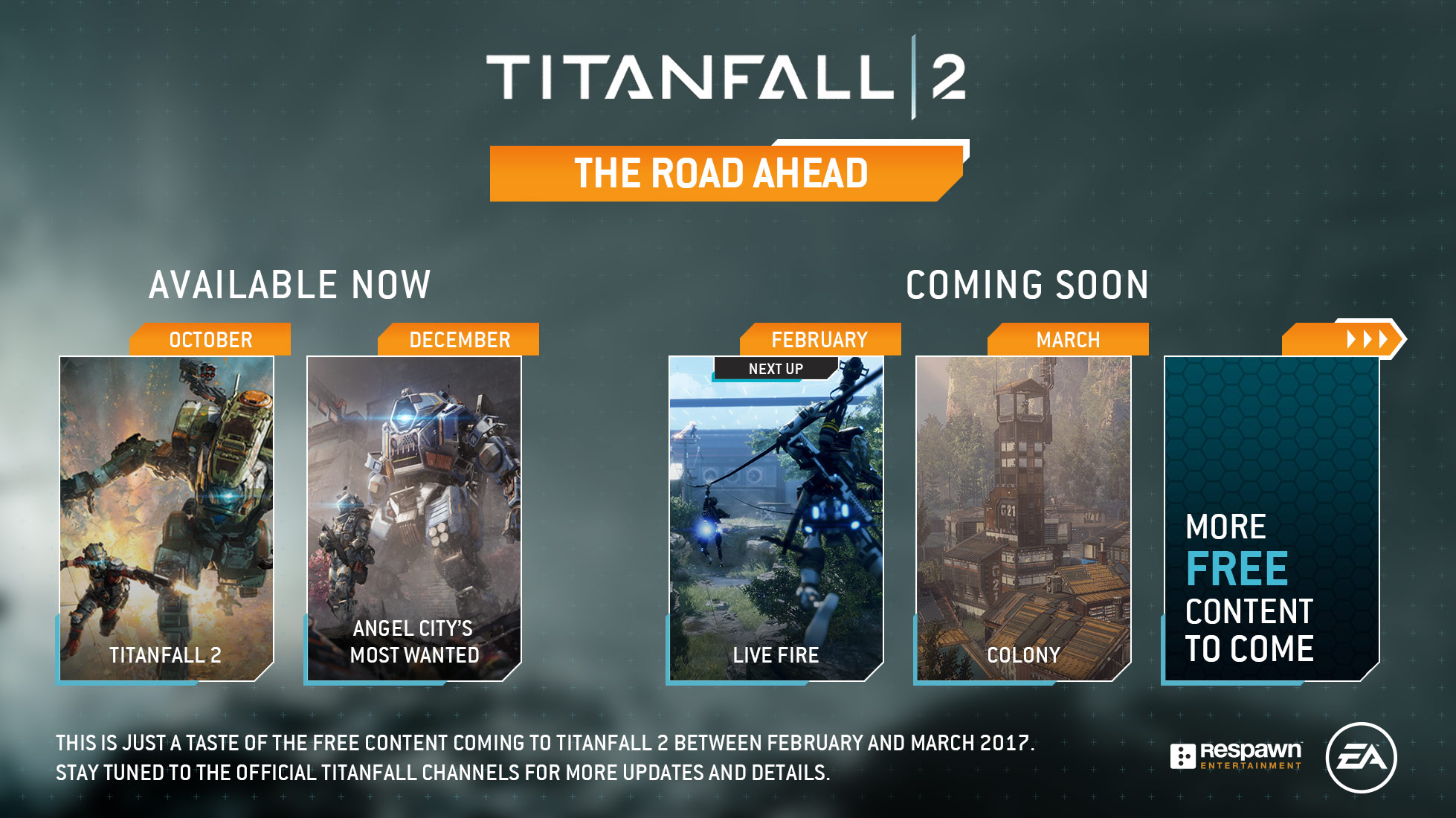 And that’s it for now! We’ll be back in two weeks with more info. Have a great weekend, Pilots.