This is my game, Front Sight. On this post I'll show you my new map, mp_Shiver, the WIP sniper, and a part of a knife battle I had with a friend! Enjoy.

Hello everybody! This is the third post of my game, Front Sight. Front Sight is a multiplayer game I'm working on by myself. For more information about the game check the summary or the first post :)
I have just finished my new map (mp_Shiver) and I wanted to share with you a little gameplay of it. Some things about this map.
This map has a winter theme, snow falling and winds. The map is medium sized, ideally for 4 players or more.

The snow has covered everything, even the bridge that connected once the two parts of the city. What once used to be a populated area, now has been abandoned. The only buildings left are the ruined skyscrapers, which you can't climb, but you can jump onto them from the snow hills, or hide below them, the lumberjack's' house, a building in which there used to be offices, some old hangars and the old radio transmitter antenna. It still transmits some random signals occasionally. And, of course, there is the damaged helicopter, which tried once to save some trapped citizens, but the snow storm was too strong for the pilot to handle.

Here are some aerial pictures of the map: (8K resolution, might take some time to load!) 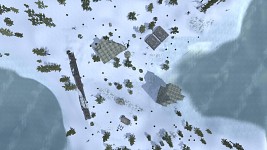 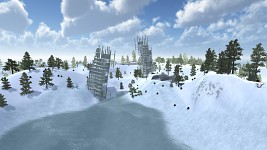 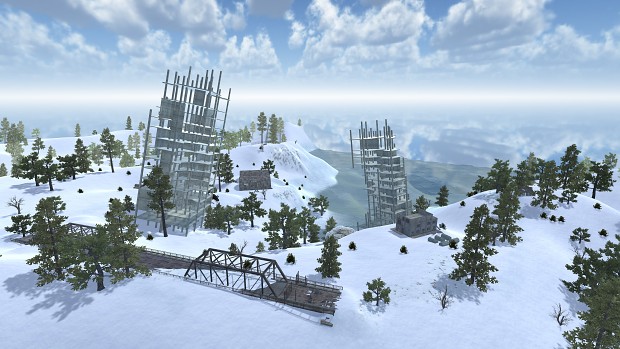 And here is a video demonstration of the map (60fps). I'm playing against a friend. I'm, also, showing the WIP sniper weapon, smoke bomb, grenade, and a part of a knife battle.

Enjoy and tell me your opinion and/or suggestions :) If you enjoyed, feel free to share it with your friends. It means a lot. Thanks!