Post news RSS From the MB2 Labs: A New Gamemode

Semi-authentic mode is being replaced by something awesome: a hybrid of FA and Open modes.

Posted by MaceMadunusus on Jun 6th, 2009

Semi-authentic mode is being replaced by something awesome: a hybrid of FA and Open modes. This might not make the next build. Don't kill me. A long time ago, some team member mentioned that it'd be interesting to have a mode where the Open-style point setup could be determined by the mapper, rather than us.

This got me to thinking about how cool it might be to have a mode that was a sort of hybrid of FA and Open modes. Here is what I have so far:

I've attached a sample new SA .mbch file. Note that behind the scenes, MB associates buyables with force powers to build off of the base point buy code. Not all force powers are available to each team, and some have special properties. All of this will be documented for mappers upon release of the system.

This is what it looks like (SA and screenies by S1): 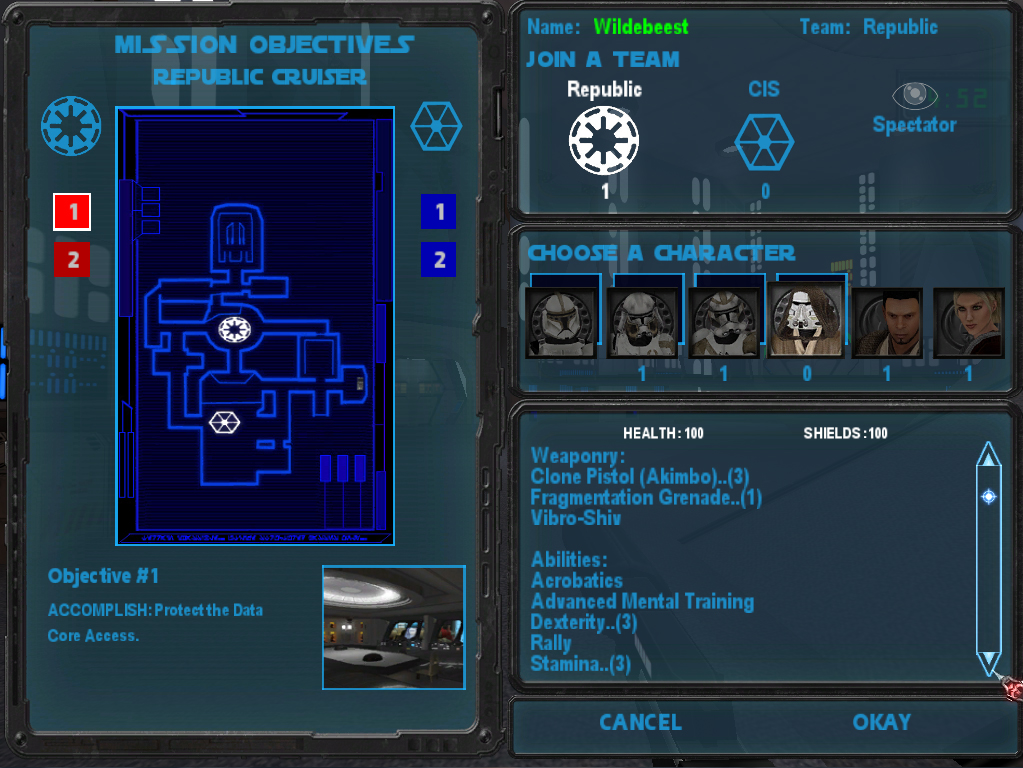 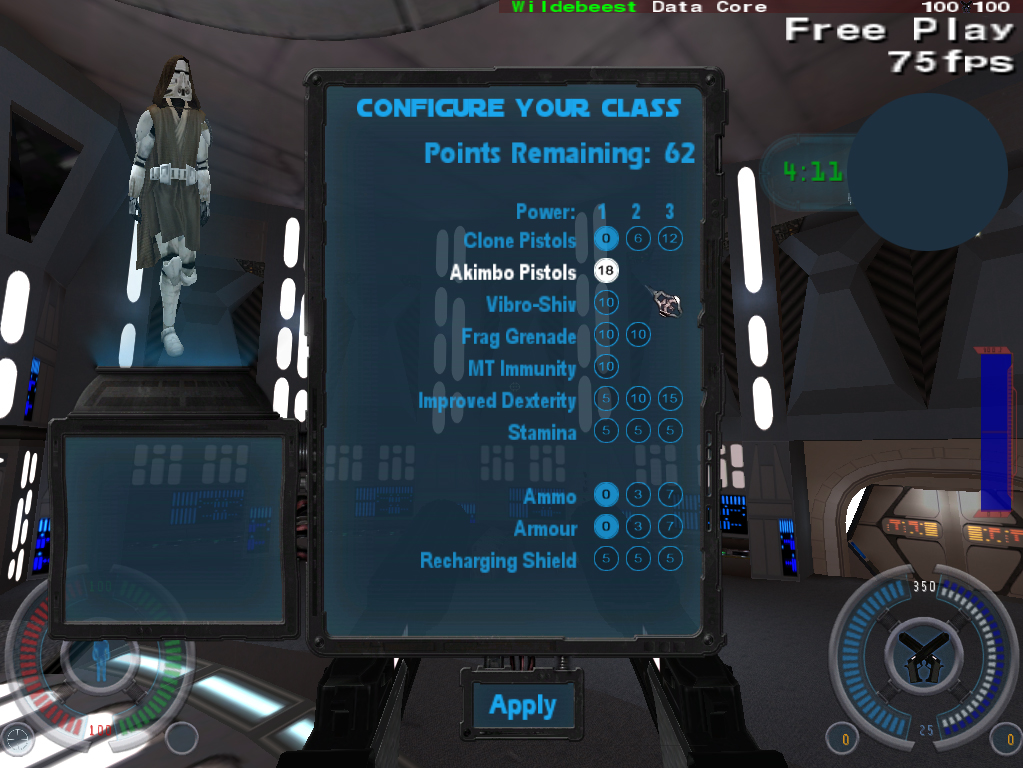 Feedback would be appreciated. MBII Official Forum Thread for Feedback