The day is finally here guys! After a long wait, the day has finally come, we're hitting Steam's Greenlight process. 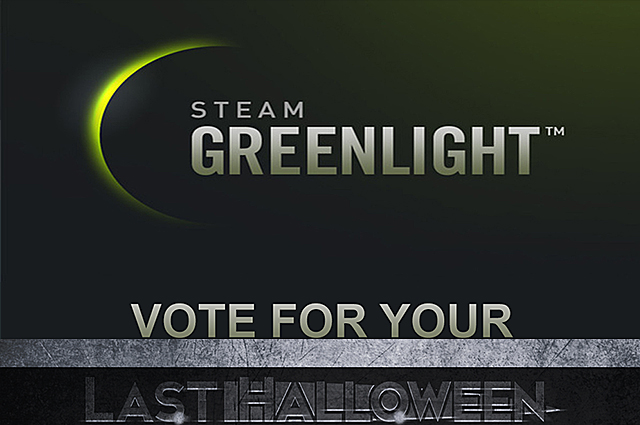 Friday 13th, lucky for some & unlucky for others!
So where to begin, we've begun walking down the long road of Steam's Greenlight process, lets hope 13 is our lucky number. Moving on, lets not bore you with the details and move on to the developmentt!

Deadly Concequences:
In Last Halloween, trust is a major factor, the choices you make could come back to haunt you. Murdering a fellow survivor has deadly concequences. If you're murdered by another survivor, you will respawn as a member of the Killer's Team. You will be playing as one of the killer's deranged friends who will be in costume making it pretty clear who's team they are on, if played right, the killer could use this oppurtunity to get any suspicions the survivors have away from them, giving them the oppurtunity to stab them in the back.

Weapons:
Last Halloween features a variety of weapons for you to protect yourself with, such as the long sharp blade that spawns with the killer, they can conceal this weapon and bring it out when they plan to strike on an unknowing survivor. Baseball bats, Walking sticks, Metal Pipes, Wooden planks, Hammers, Wrenches and rocks are just some of the many weapons survivors can find on the map to defend themselves from the killer(s).

Will there be DLC?:
There sure will be DLC, and it will always be free without exception, luckily map making is something we love!

Language support?:
English and Spanish (Latino) are the only languages planned at the moment as our developers do not speak any other languages :(, maybe in future.

Can we make our own maps/weapons/mods?:
Modding support is planned, we just have to figure out how to implement it with the Unity Engine, stay tuned for that one people.