Free Your Play is an event focused around free to play model and it's role in the game industry today. The event was held for the first time last week in Helsinki, but we hope it will become annual. Here's what we have to say! 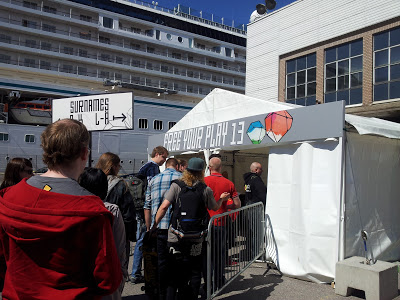 At this point we realized the event was a bit bigger than we had expected.

Hello again! Finnish Midsummer festivities made us drop out of our regular blogging schedule, but we're back now with a little description of the excellent Free Your Play-event.
We had a chance to travel with unusually large portion of our team this time. Supercell was generous enough to provide four of us with tickets, and that's everyone who applied. We considered the possibility of traveling by train, but eventually decided a road trip would be the way to go, and that turned out beautifully. 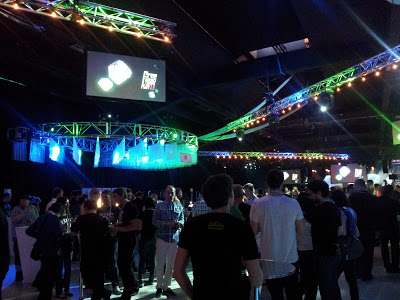 The crowd gathers and the event is about to start.

The event started in the early afternoon, so we had plenty of time to check out, eat breakfast and even do a little bit of shopping before heading to the event site at tapahtumakeskus Telakka. There was even a free bus transportation from Kiasma, which made things a little bit easier for us non-locals. 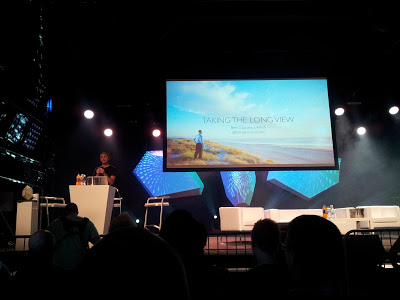 Ben Cousins, about to present his theory on the future of gaming.

The official program of Free Your Play consisted of a couple of keynotes, interviews and a panel discussion. A recording of the program is available as a webcast here, but feel free to take a look at my nutshell'd version.

Sadly Peter Molyneux couldn't make it to the event, but Ben Cousins covered his former boss very well with his own presentation. In short, Ben introduced us the idea that game industry seems to be following the cyclic pattern of disruptive innovation, and it helps us to predict the future direction of development.

After Ben Cousins we had a chance to listen to an interview of Daisuke Yamamoto from GungHo, the creators of tremendously successful Puzzle & Dragons. Turns out GungHo does many things in a more traditional way and even by the feel instead of collecting metrics and trusting them blindly.

The next part was a panel talk with some hot names working with F2P model, like Lassi Leppinen (Producer of Clash of Clans), Tom Putzki (Director of Communications, Wargaming.net), Tommy Palm (King.com) and Daisuke Yamamoto as previously mentioned. There was way too much good stuff to cover in this blog post, but the general feeling seemed to be full of anticipation and there's still a lot more room for growth for F2P as a monetization model. Is it going to be the only one in the future? Probably not. 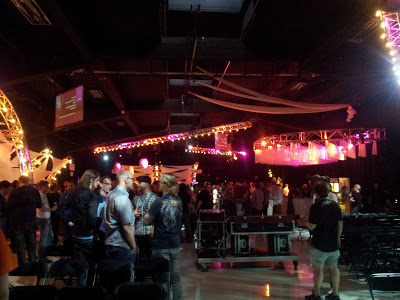 Official program is over, time to mingle!

As usual, the most important part of the event started when the official program ended. The guys at Supercell seem to know this very well, and they provided a very good environment for socializing. The food was good, the bands were great and yes, there were free drinks. Again we had the opportunity to meet a great number of interesting people and make new connections.
It appears that the event website is not accessible anymore, but in addition to the webcast linked above, there is more info and pictures available at the Free Your Play event page at Facebook. Once again thanks to Supercell for hosting this awesome event. Let's hope we can be there next year as well!