The Franks were a confederation of Germanic tribes that was originally composed of a mix of groups settled between the Rhine and the Weser Rivers. The two most prominent of these tribes were the Ripuarians and the Salians who led the others. The origin of the name "Franks" is debated, as some historians have claimed a link with the English word "frank" meaning "truthful", while others reject this claim, citing the more probable origin as "franca or "frakka", the Germanic/Norse word for the javelin the Franks favored in battle. As the Romans routinely referred to them as ferocious and cited their use of the throwing axe (in Latin, a francisca), this is another, and most likely, source for their name. Their point of origin is claimed in semi-mythological works (such as the Chronicle of Fredegar from the 7th century CE) as Troy, but this is rejected by historians. They most likely formed their confederation in Germany around the region of modern-day Mainz. 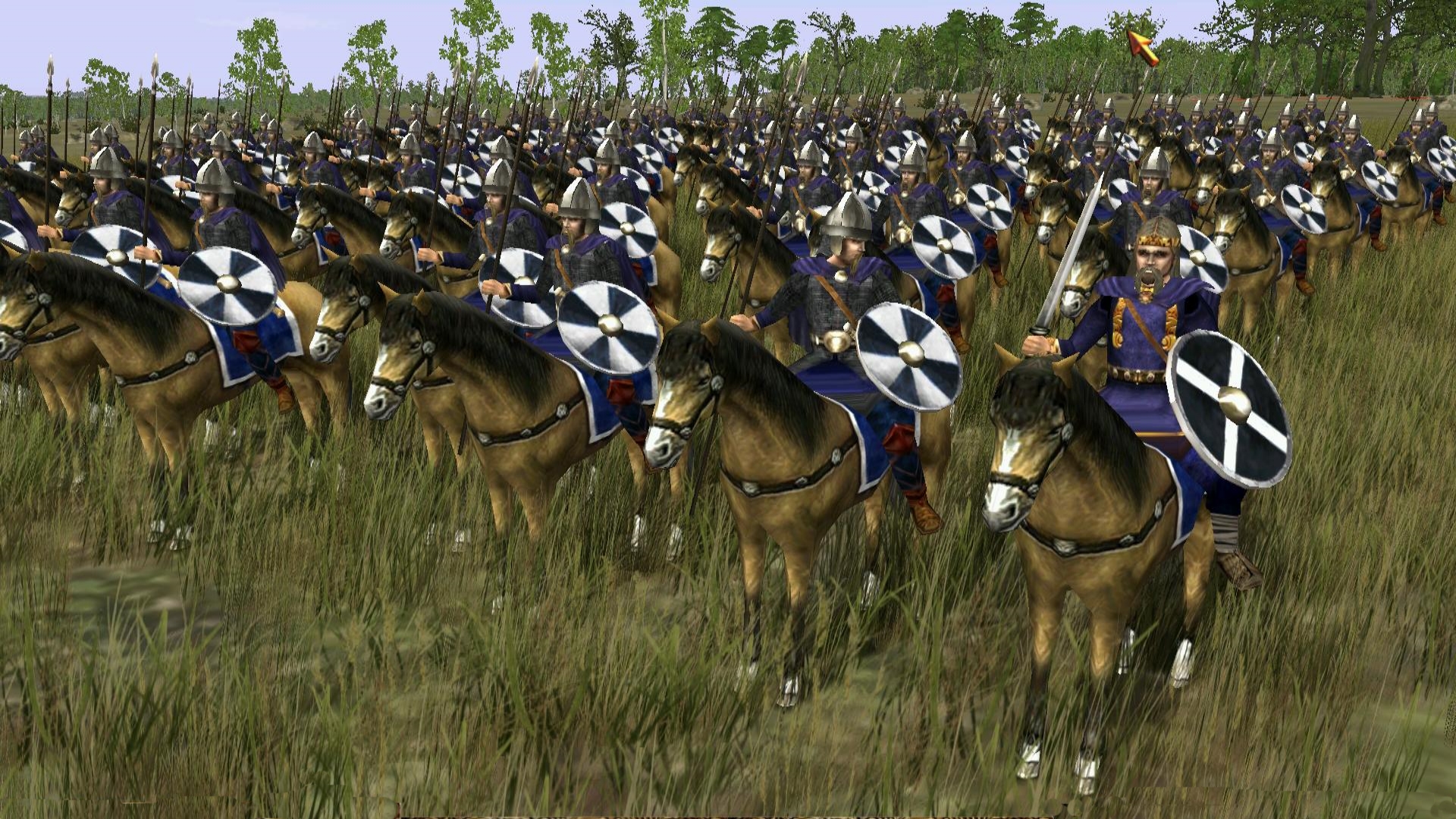 From the 5th century CE onwards, as Roman power declined in northern Gaul, the Franks expanded into Belgium and northern France. Later on, the Franks resumed their expansion process and, by the first half of the 6th century CE, they gained control over part of central and southern France and a small portion of northern Spain. During their interaction with the Romans, the Franks raided the Roman Empire on numerous occasions, but some of the Franks also served as soldiers in the Roman army. Several powerful Frankish leaders are mentioned in the ancient records such as Childeric and his son Clovis I, who consolidated Frankish power and also converted to Christianity. Their expansion continued until the 8th century CE, during the time of Charlemagne, when the Frankish territory occupied most of Western Europe. 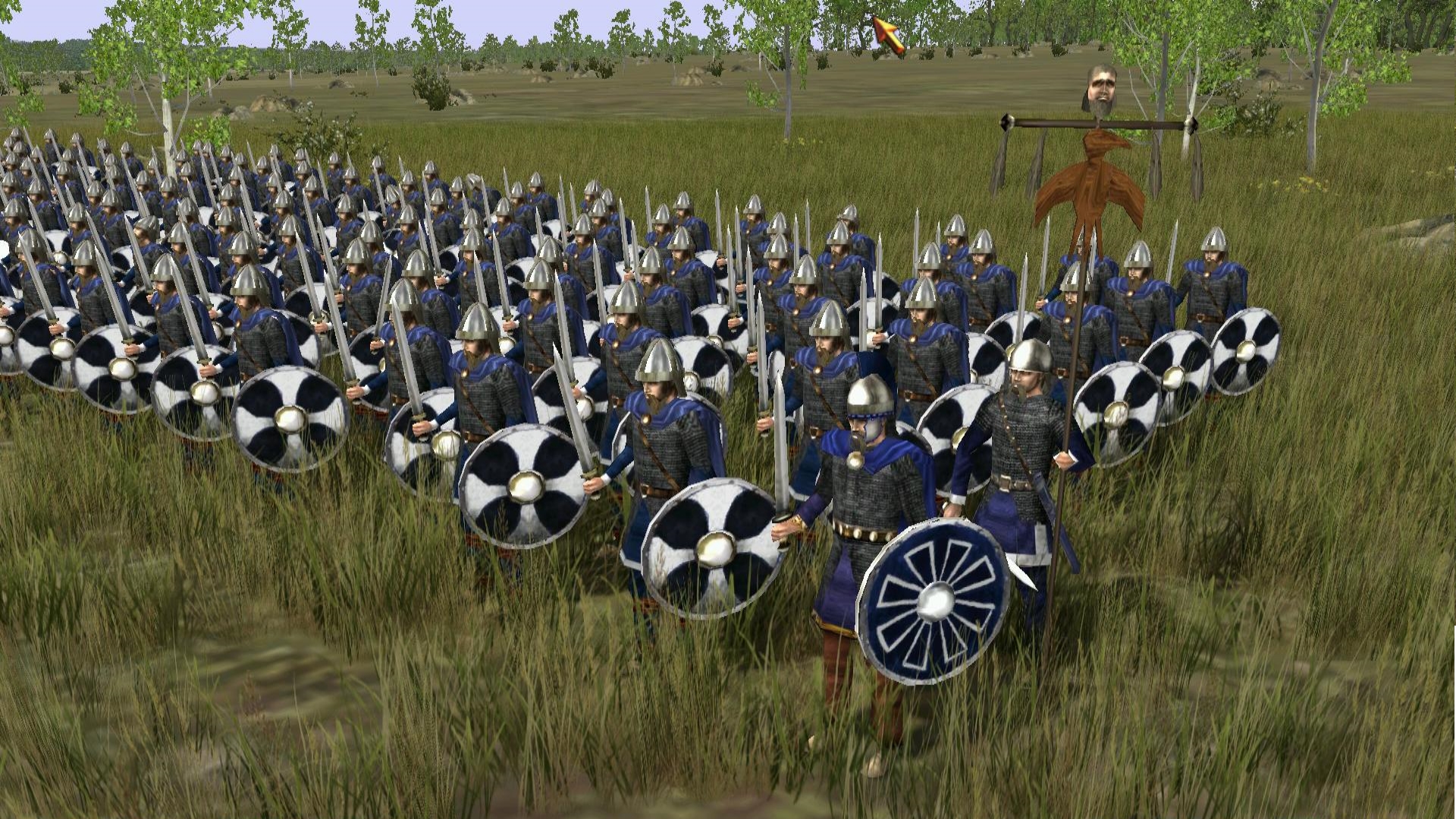 EARLY HISTORY
The Franks appear in Latin sources for the first time in 257 CE, mentioned among the enemies of Rome in northern Gaul. They were a threat not only by land but also on the sea (the Salians excelling in naval combat and the Ripuarians on land). Late in the 3rd century CE, some of the Franks joined the Saxons in the southern part of the North Sea and the English Channel, turning into raiders, preying on shipping lanes, and also raiding the coast of Britain and Gaul. Under the rule of Emperor Maximianus, the Romans signed a treaty with the Franks in 287 CE; as part of the agreement, several Franks became enlisted in the Roman army. The presence of Franks under Roman service increased until eventually, during the 4th century CE, the Franks were the largest non-Roman contingent of the Roman western fighting force. Interestingly, some Franks held their status both within the Frankish and the Roman hierarchy, such as King Mallobaudes, who had a long military career in the Roman army and is also described as a king of the Franks. By 350 CE, the Franks already had a solid presence in northeast Gaul, but it was during the second half of the 5th century CE, under the leadership of Childeric (c. 440–481/482), when they initiated another phase of expansion and became a major power. 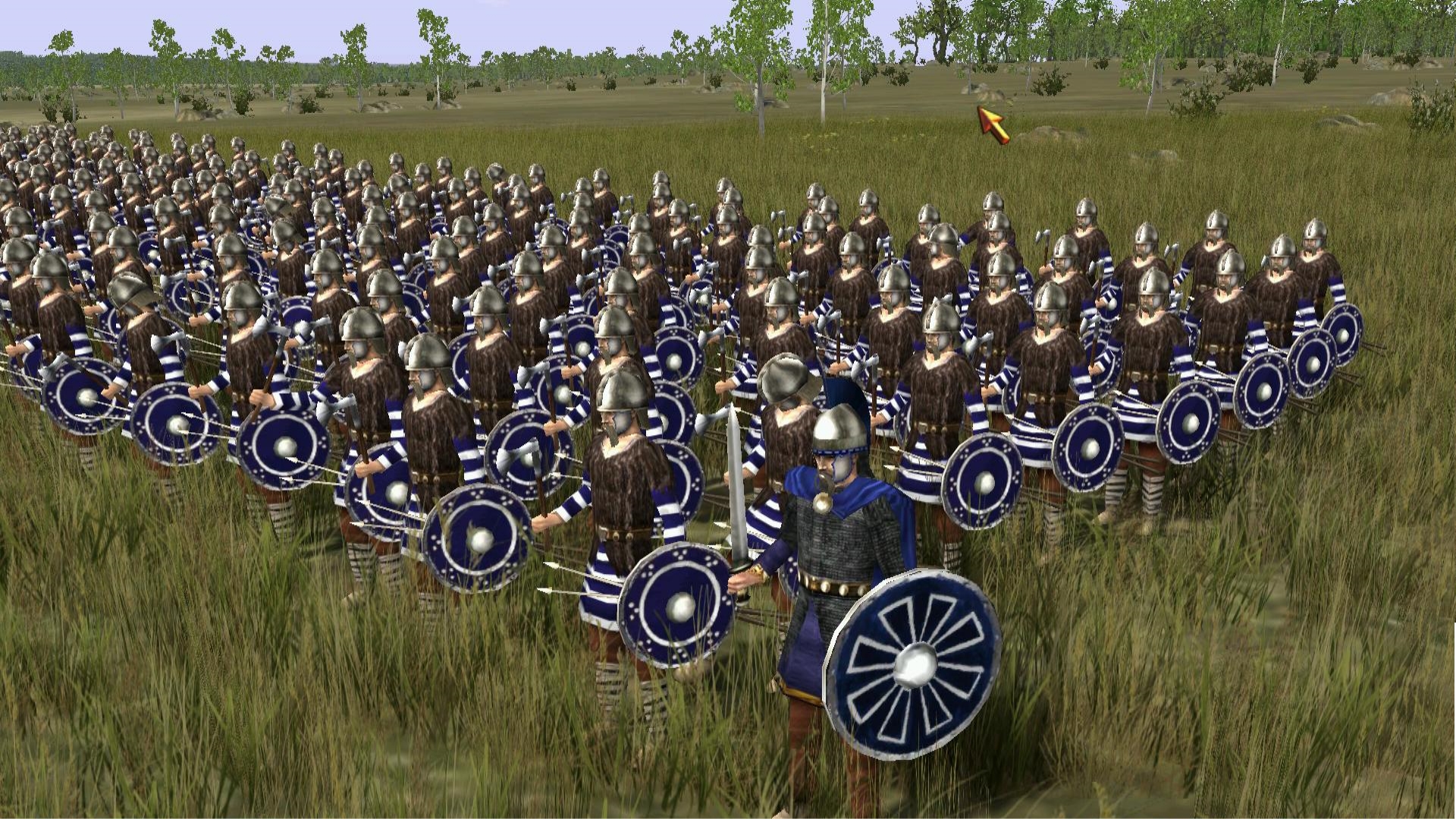 In 451 CE, Attila the Hun invaded Gaul, and the Franks joined the Romans and the Visigoths to resist the invasion. Attila's conquest was halted in June 451 CE at the Battle of the Catalaunian Plains, in present-day France, and he retreated from Gaul. The Franks continued to provide military support to Rome to fight against imperial enemies, including the Visigoths in 463 CE and the Saxons at Angiers in 469 CE.

FRANKISH EXPANSION
In 481 CE the Franks had a new ruler: Clovis I (466-511/513 CE), Childeric's son who would found the Merovingian Dynasty. Appointed as king at the young age of 15, Clovis became a powerful ruler who took advantage of the dying Roman order. As early as 486 CE, he managed to push the boundaries of the Frankish kingdom to the Loire, in central France. Fighting against Romans and barbarians alike, he extended the Frankish Kingdom and consolidated its power by conquering Gaul and unifying it under the rule of his Merovingian Dynasty; his descendants would rule much of Gaul for the next 200 years. 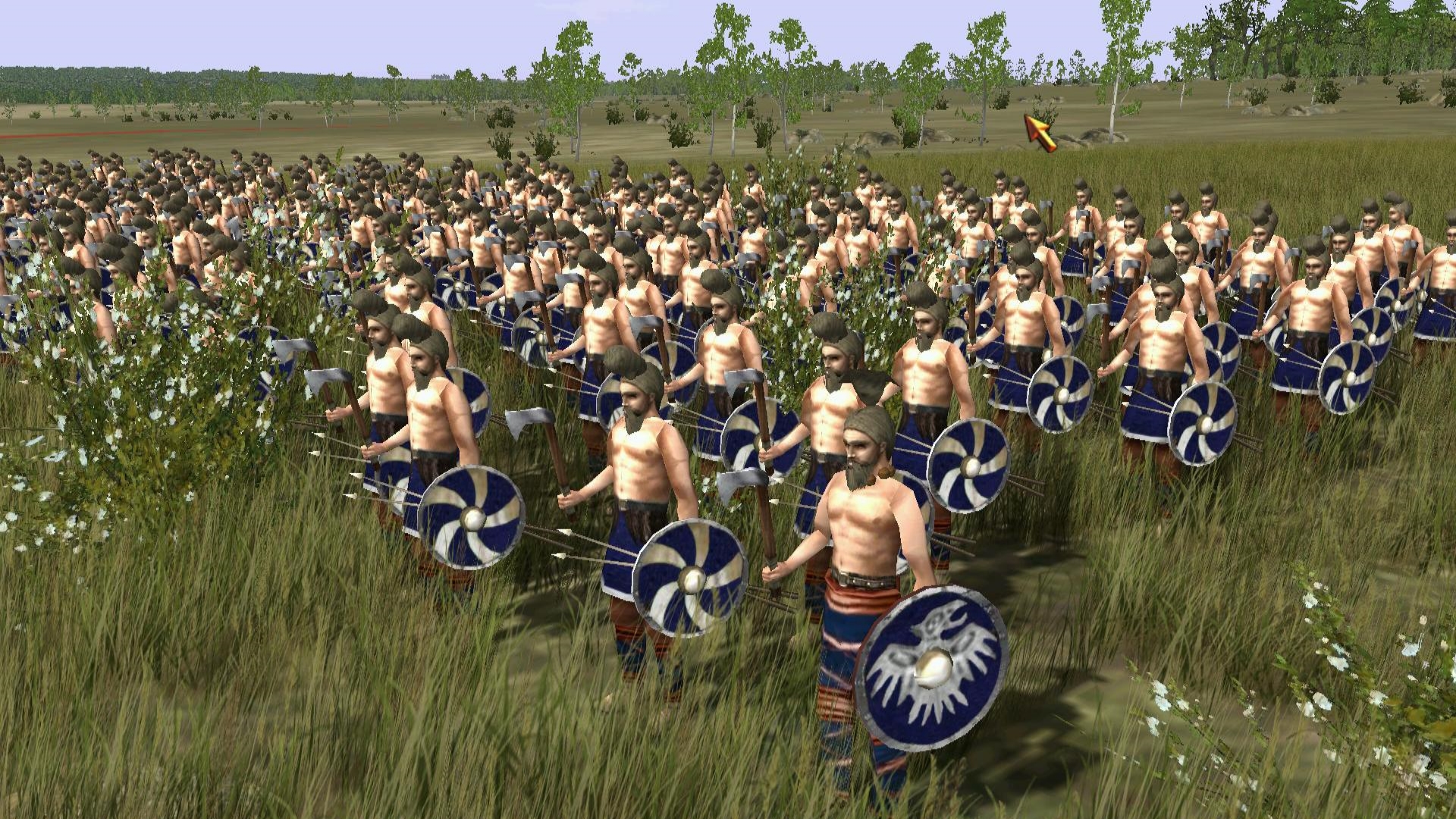 FROM THEIR MODEST ORIGIN AS A CONFEDERATION OF TRIBES, THE FRANKS ROSE TO BECOME THE MOST POWERFUL POLITICAL ENTITY AFTER THE DECLINE OF ROME IN WESTERN EUROPE.
The Merovingian Dynasty was a Frankish lineage that had already been established by Childeric. In order to sustain the uniqueness of the Merovingians, the Franks came up with a fictional account about the origin of Childeric's lineage. This story began with a bull-like creature, which had mated in the sea waters with the wife of Clodio, a Frankish noble. The woman gave birth to Merovech, the semi-legendary founder of the Merovingian Dynasty, who was supposed to be the father of Childeric. As with the accounts of the Franks originating from Troy with King Priam as their ancestor, this story was created to provide a noble pedigree for Childeric in keeping with ancient pagan tales regarding the births of demi-gods. 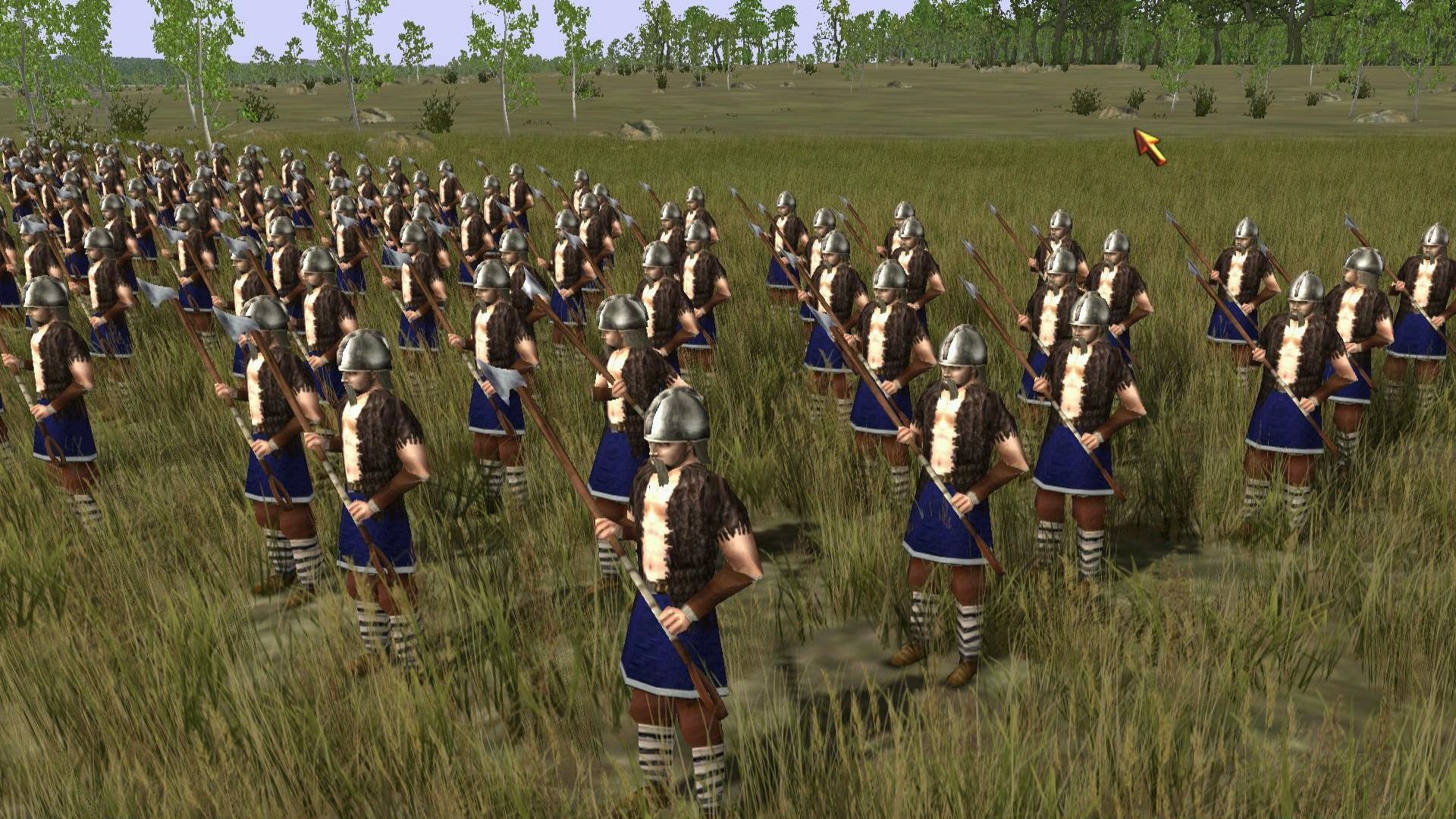 The Franks were pagans, unlike the majority of the barbarian tribes entering the Roman territories around this time who followed Arian Christianity. During the time of Childeric, according to ancient sources, the Franks were still largely pagans and only converted to Christianity later under Clovis I. Evidence found at the site of the tomb of Childeric, discovered in 1653 CE, suggests the practice of pagan rituals in the form of traces of horse sacrifices. Gregory of Tours claims that the Franks

Gregory also reports that the Franks converted to Catholic Christianity during the reign of Clovis I, who was converted after he married the Burgundian princess Clotild and after defeating the Alemanni around 496 CE, a victory that was attributed to God’s will. The exact date for this conversion is still a matter of debate, with some historians placing it as early as 486 CE. Clovis had good political reasons for this conversion; it would make the assimilation of the conquered Gallo-Romans much easier and, at the same time, he was looking to win the support of the Eastern Roman Empire. 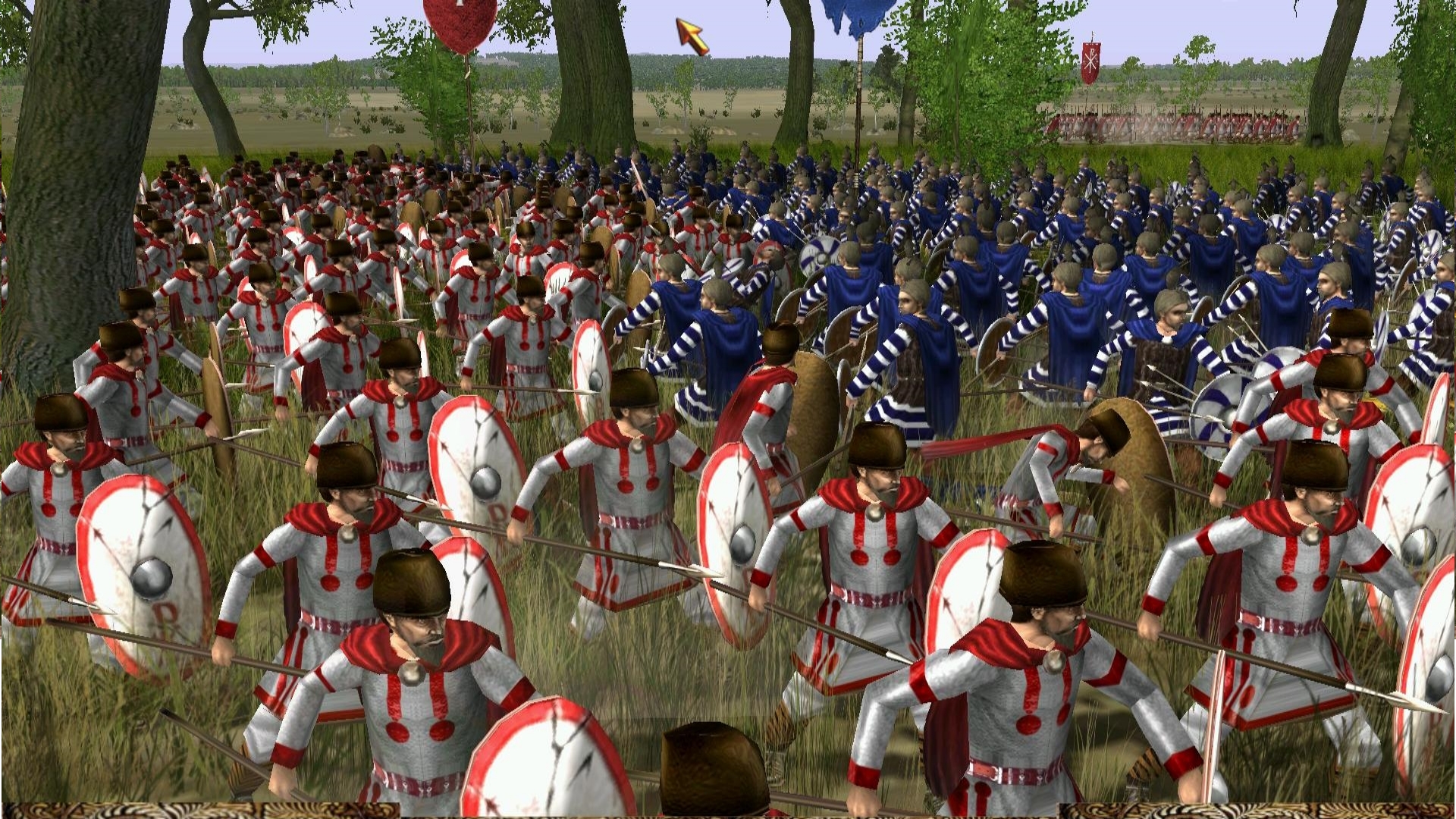 By the time Clovis died, several aspects of the Frankish Kingdom, such as language, religious beliefs, and law, were a mix of the Germanic and Roman cultures. The Franks also preserved several Roman manufacturing industries and applied traditional Germanic craftsmanship in their art and architecture. Following Frankish custom, control of the kingdom passed on to Clovis’ sons, who had four male children, and each of them took control of one part of the Frankish realm. Theuderic I, Clovis’ eldest son, overshadowed in power the rest of his brothers, and he was succeeded in 533 CE by his son Theudebert, who by this time controlled the west bank of the Rhine from the North Sea to the Alps.

CONQUEST OF NORTHERN ITALY & POLITICAL TURMOIL
The Byzantine emperor Justinian I, who was determined to regain the lost western half of the Roman Empire, sent a large military force to reconquer Italy from the Goths in 536 CE. Theudebert took advantage of this situation by supporting both sides and offered aid both to the Romans and to the Ostrogoths. The Franks took control of Provence from the Ostrogoths, who were unable to defend it, and in 539 CE they entered northern Italy, sacked Milan, and occupied much of Liguria. A force of around 100,000 men is reported under Theudebert. A report written by the historian Procopius regarding the events of this time has come down to us and claims that the Franks

...began to sacrifice the women and children of the Goths whom they had found at hand and to throw their bodies into the river as the first fruits of war. For these barbarians , though they had become Christians, preserve the greater part of their ancient religion; for they still make human sacrifices and other sacrifices of an unholy nature, and it is in connection with these that they make their prophecies.
(De Bello Gothico, 6.25.1-18) 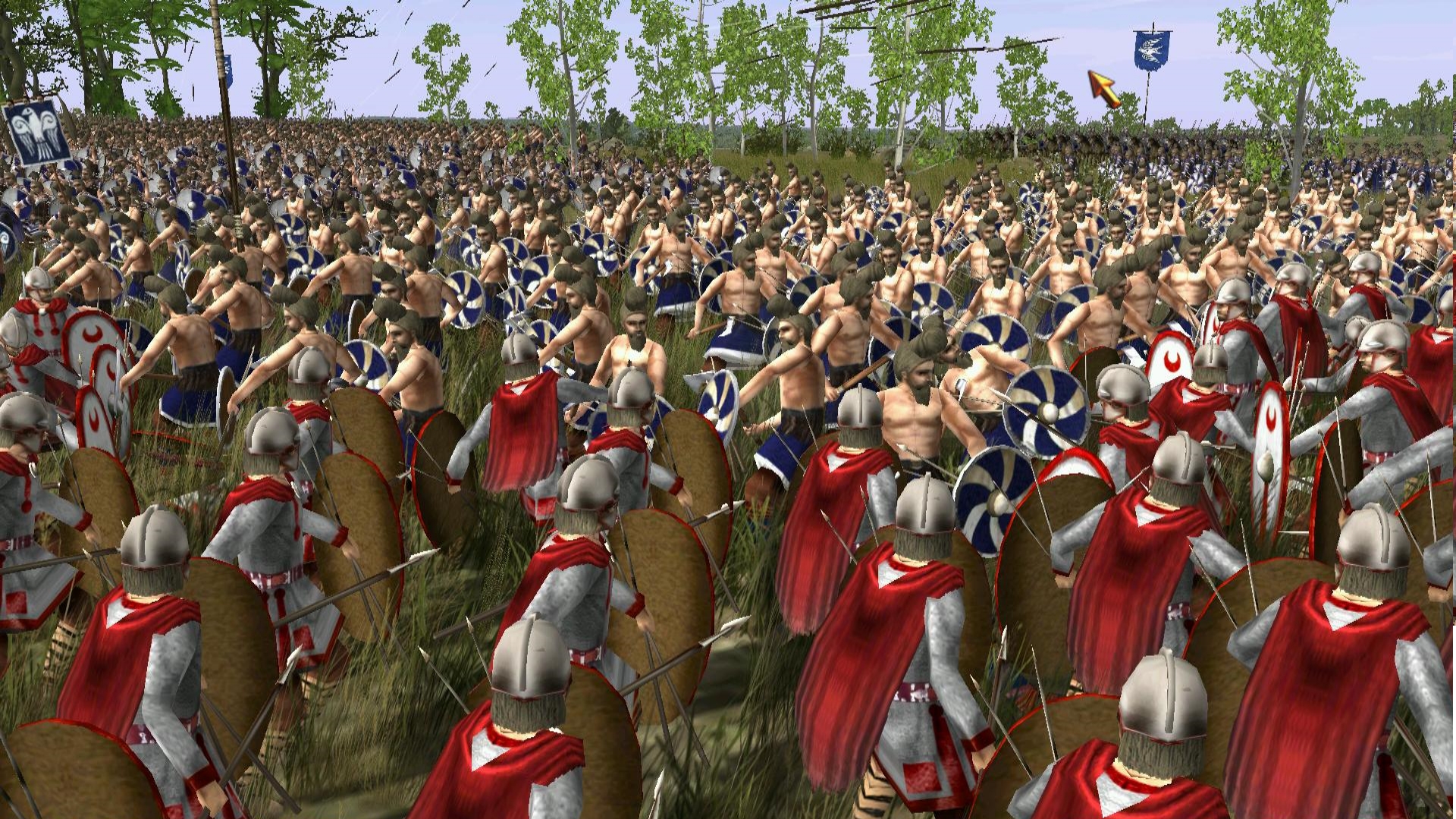 Theudebald, Theudebert’s son, succeeded his father in 548 CE. Under the pressure of the Byzantines, Theodebald had to give them control of northern Italy in 548 CE. Theodebald died in 555 CE , and his power passed on to his great-uncle, Clothar I, who then became king of all the Franks until his death in 561 CE. The Frankish Kingdom was once again divided in four, as each part of the kingdom was controlled by one of Theudebald’s four sons: Charibert I, Sigebert I, Chilperic I, and Guntram, each based in a royal residence at Paris, Reims, Soissons, and Orleans. This new political structure proved to be unstable and prone to territorial disputes among the Frankish rulers. When Charibet I died in 567 CE, civil war broke out between Sigebert and Chilperic when both claimed control of the same area of Poitiers and Tours. Similar conflicts and disputes broke out during the following years. As a result of the divisions and political turmoil, the four kingdoms coalesced into three sub-kingdoms: Austrasia, Neustria, and Burgundy.

THE END OF THE MEROVINGIANS & MEDIEVAL TRANSITION
Despite this new division, conflict between the Frankish political powers remained, alternating periods of peace and war. In 613 CE, the Franks were again united under the rule of Chlothar II, the son of Chilperic. More divisions undermined the stability of the Frankish Kingdom and internal struggles escalated. The Battle of Terty in 687 CE, between Austrasia on one side Neustria and Burgundy on the other, marked the point of no return: the loss of power was irreversible, and the authority of the Frankish kings gradually declined until the last Merovingian ruler was finally deposed by Pope Zachary in 752 CE. 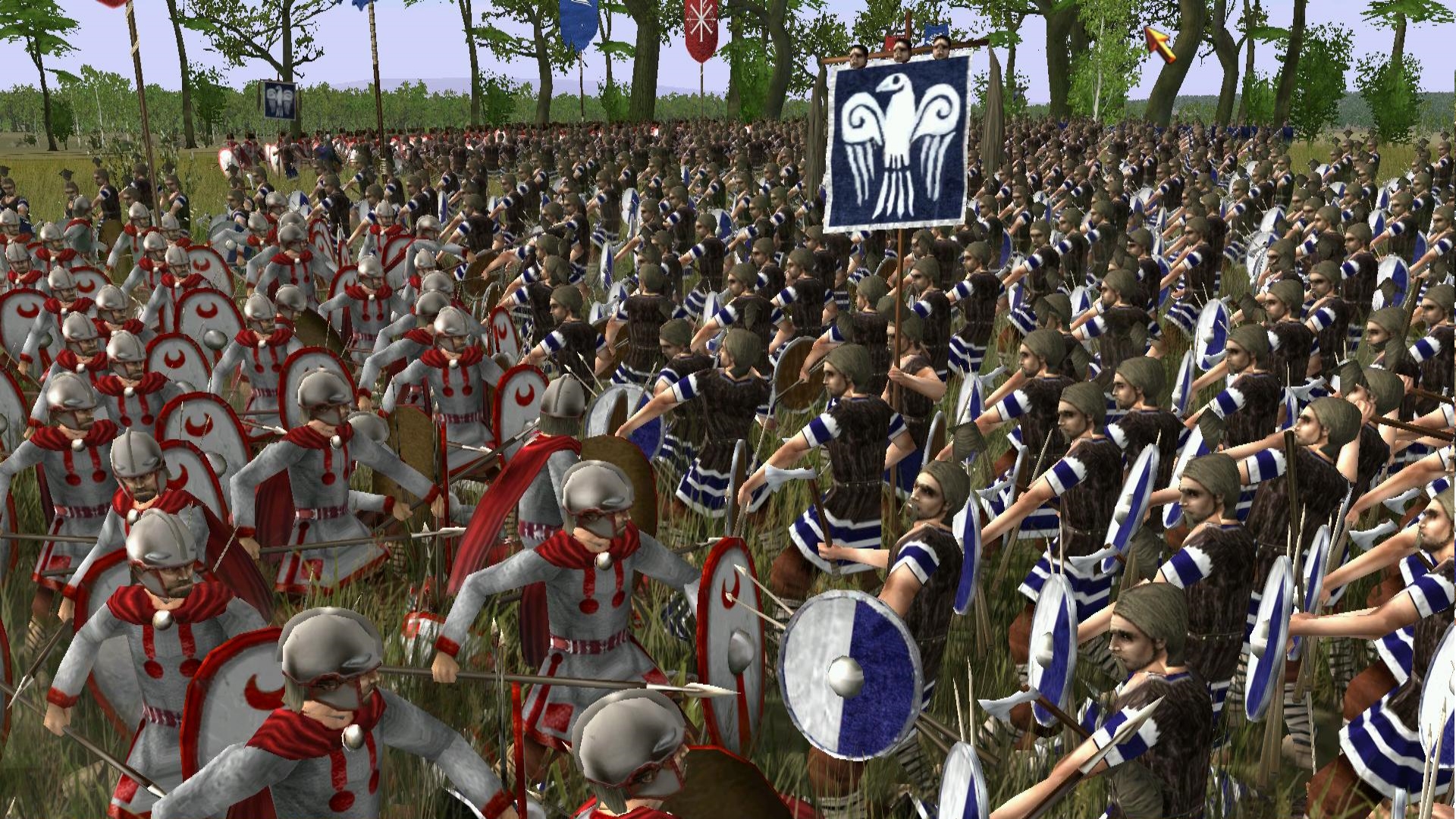 This signaled the end of the Merovingian Dynasty and the beginning of a new dynastic rule, the Carolingian, when Pepin the Short was appointed as king of the Franks in 754 CE and was later succeeded by his son Charlemagne in 768 CE. After the Lombard ruler Desiderius threatened Pope Hadrian I, Charlemagne entered Italy, engaged the Lombards, and defeated them in 774 CE. The Franks dissolved the central Lombard government, annexed the Lombard territory, and the Lombard culture was slowly blended with that of the Franks. The Franks would enter into the medieval era occupying most of western Europe and with Charlemagne as their king.

From their modest origin as a confederation of tribes, the Franks rose to become the most powerful political entity after the decline of Rome in Western Europe. During centuries of expansion, the Franks managed to absorb a number of different groups into their cultural fabric, including the continental Saxons, Gallo-Romans, Alemanni, Avars, and Lombards. The origin of medieval Europe is not only to be found in the late Roman Empire but also in the life and history of the many "barbarian peoples" like the Franks, who helped to rename the nations of Europe and redraw its map.
Resource: Ancient History Encyclopedia