In light of the recent UT3 Steam Sale, here's some new work on a splitscreen / gamepad / FOV / AI support mod for the title. Also small rant on splitscreen in PC titles.

For some strange reason, there seems to be a general stigma against split-screen gaming on the PC. "You can't crowd 4 people around a monitor!" "LOL good luck trying to all use a keyboard at once noob." "Just play it on a console!"

On the contrary, some of us quite enjoy titles in true 1080p, at 60fps, with four controllers in front of a big screen HDTV using our PCs. Although split-screen gaming is (thankfully) making a comeback in many popular titles, it is often times a console-only feature (looking straight at you, Ubisoft and Gearbox), cut for no obvious reason other than perhaps having to write PC-specific UI and profile handling code.

So, in the case of Unreal Tournament III, I went ahead and did just that. 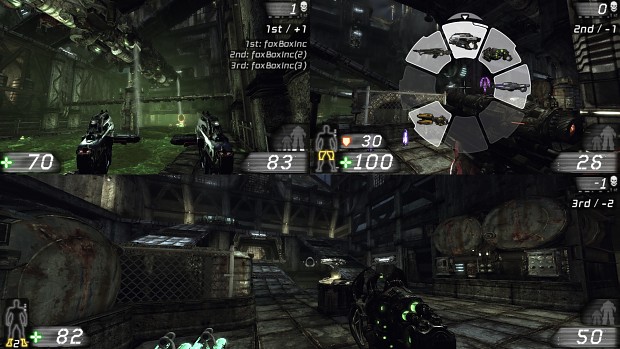 Thanks, and enjoy!
~fox