We planned to show the second reward tree for Ostheer, however, we couldn't have it ready for today and instead we present you one for the Wehrmacht faction.

This weekend we have to show another reward tree, but this time is for the Wehrmacht faction and replaces the Blitzkrieg Doctrine tree.

We've planned to show the second reward tree for Ostheer, however, we couldn't have it ready for today and instead we present you this one. Enjoy it! 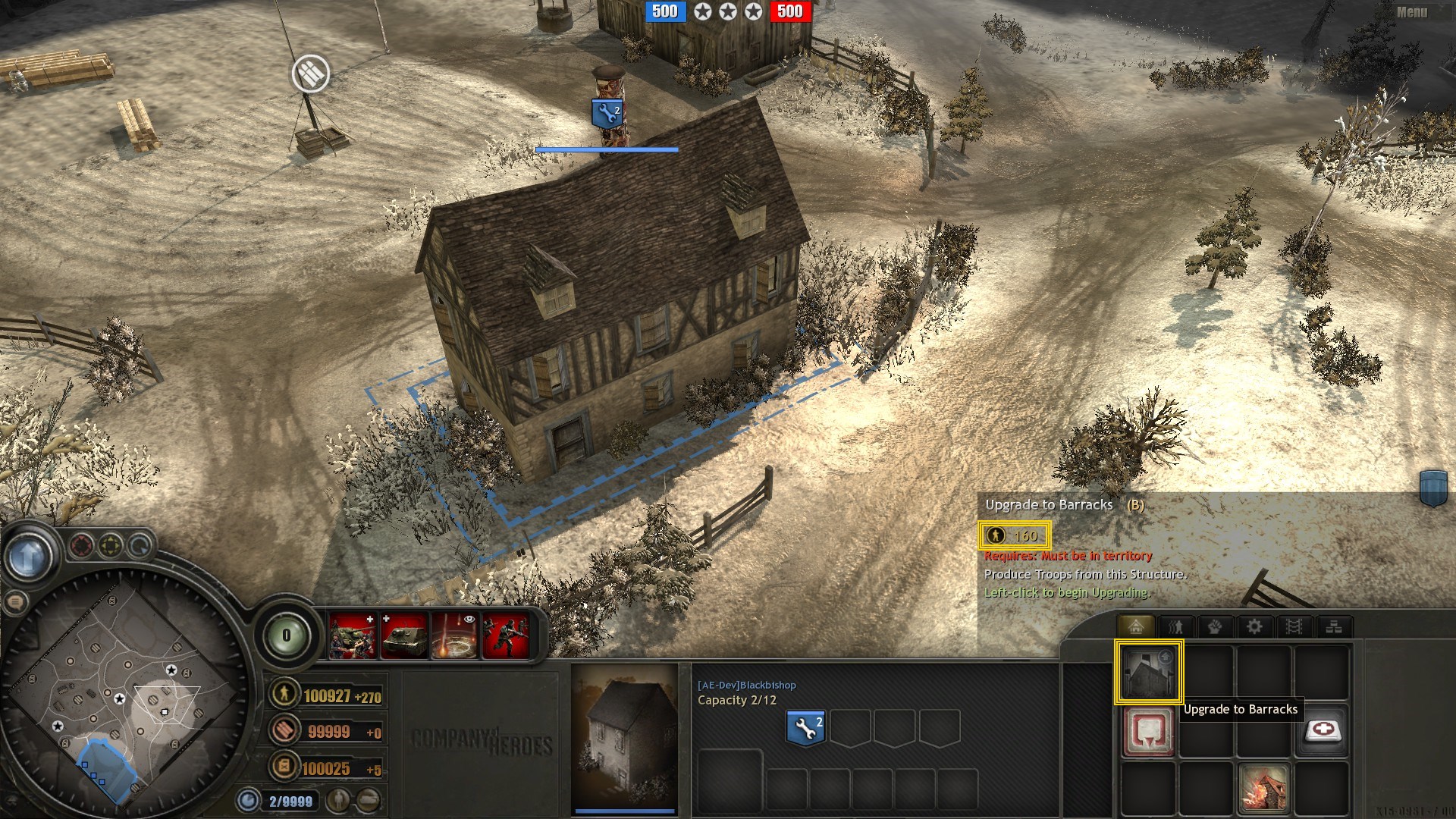 Forward Headquarters are cheaper to create from neutral buildings when this upgrade is unlocked from the tree. A Wehrmacht player will surely use this feature wisely. 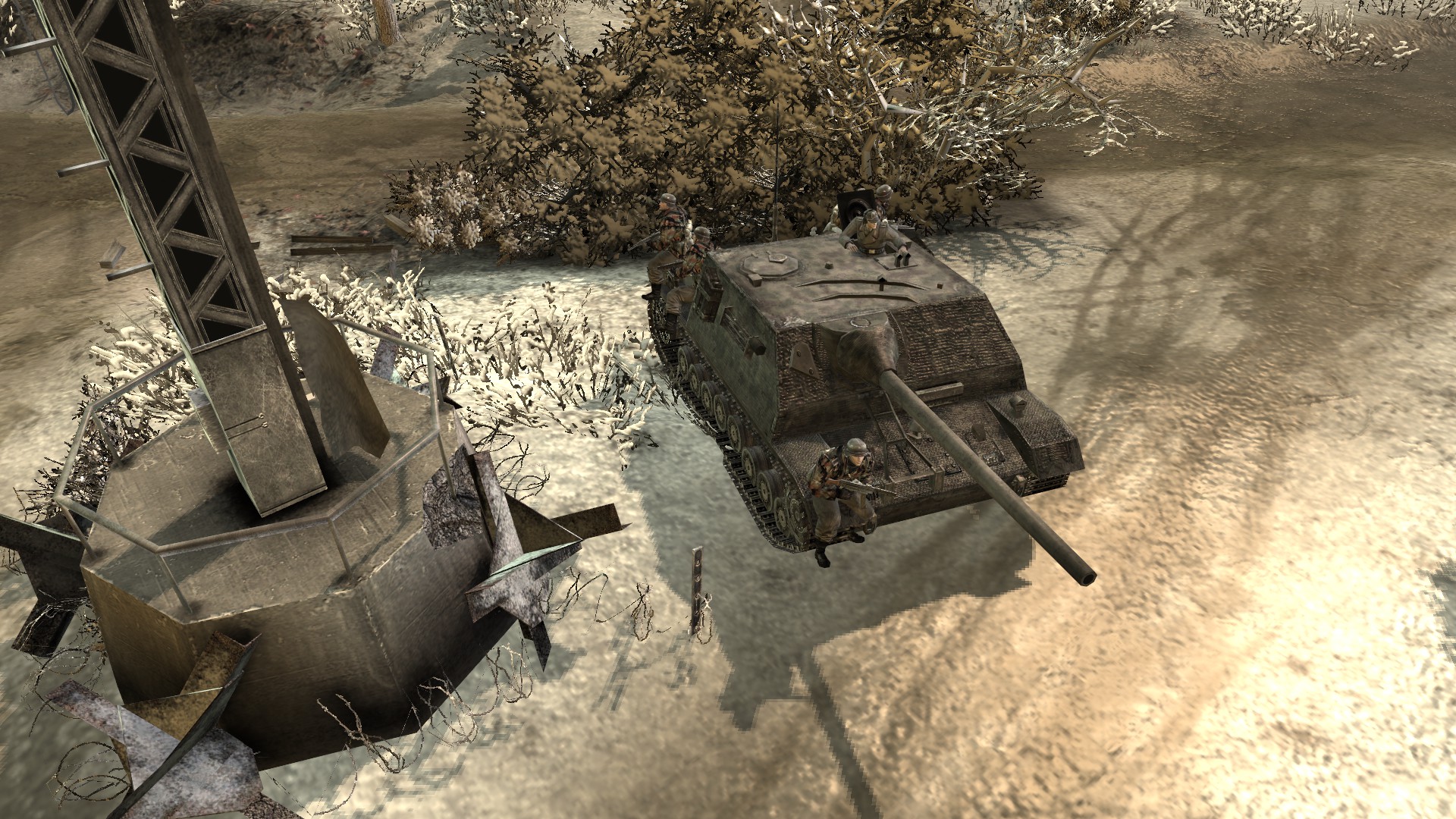 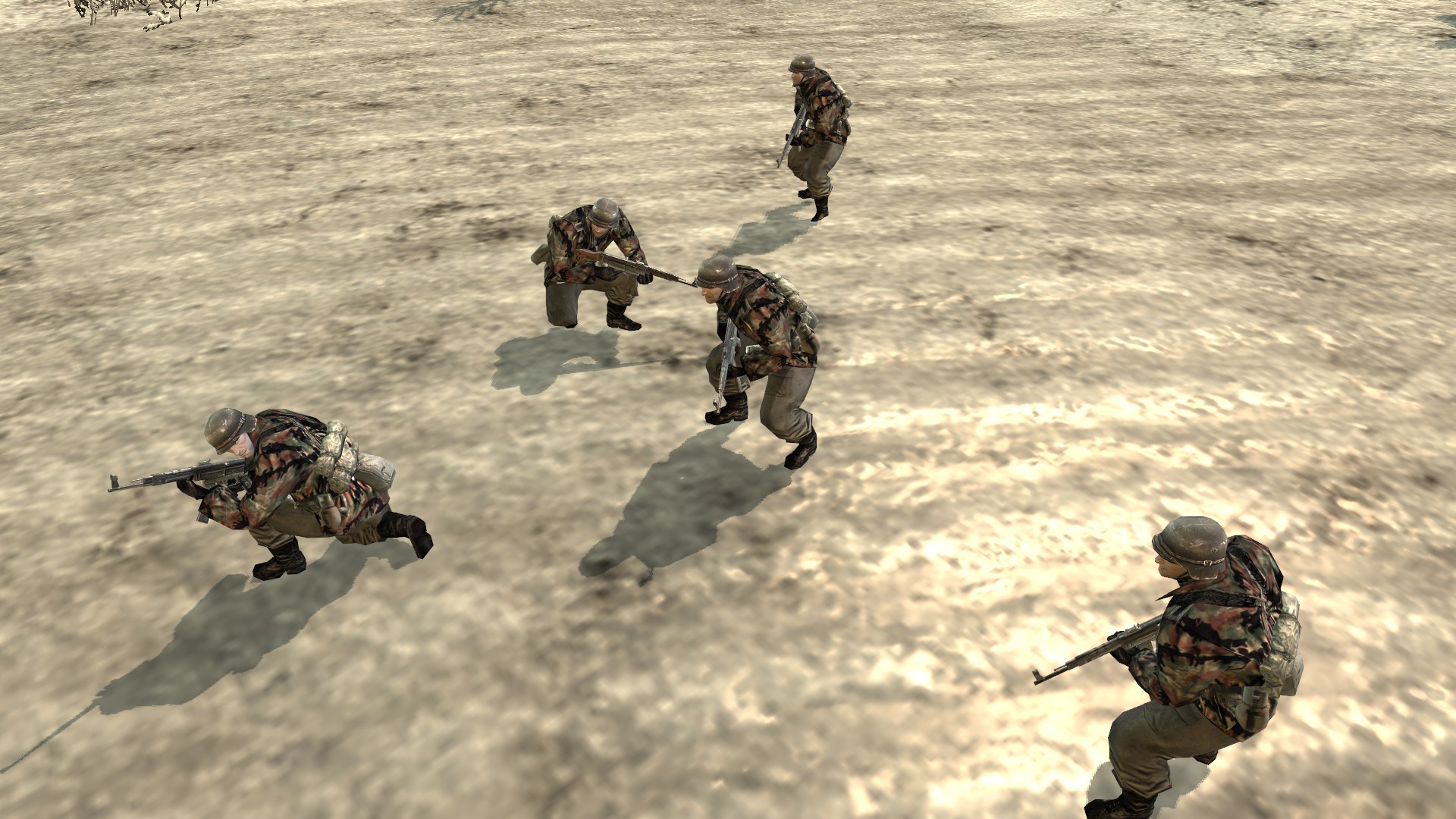 Mobilize reinforcements for the combat, the commander will receive a squad of Sturmgrenadiers(close combat elite infantry) and a Panzer IV/70 "Alket" (aka Jagdpanzer IV L/70(A)). They will enter the battlefield riding in the self-propelled unit. This Jagdpanzer comes with four different random textures. Model courtesy of DMz and Beefy.

This targeted ability will make the infantry squads more resilant to enemy damage. The infantry units in a radius of 20m will get a 50% reduction for received damage, received accuracy and received suppression. 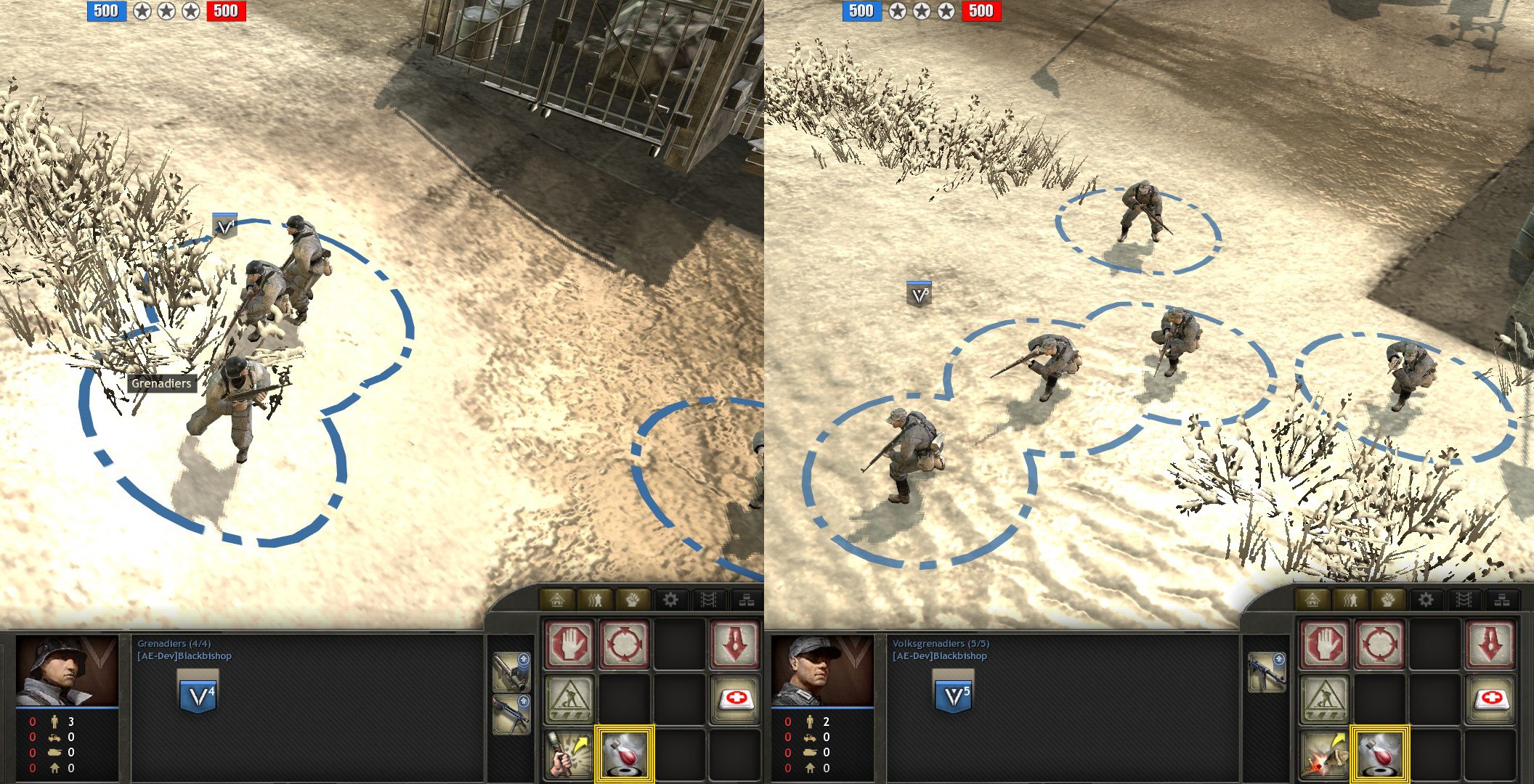 Volksgrenadiers, Grenadiers, Knight Cross Holders and Sturmgrenadiers receive the ability to throw Blendkorper 2H smoke grenades. These grenades stun the enemy armour for a small amount of time and then lower its accuracy for a few seconds. 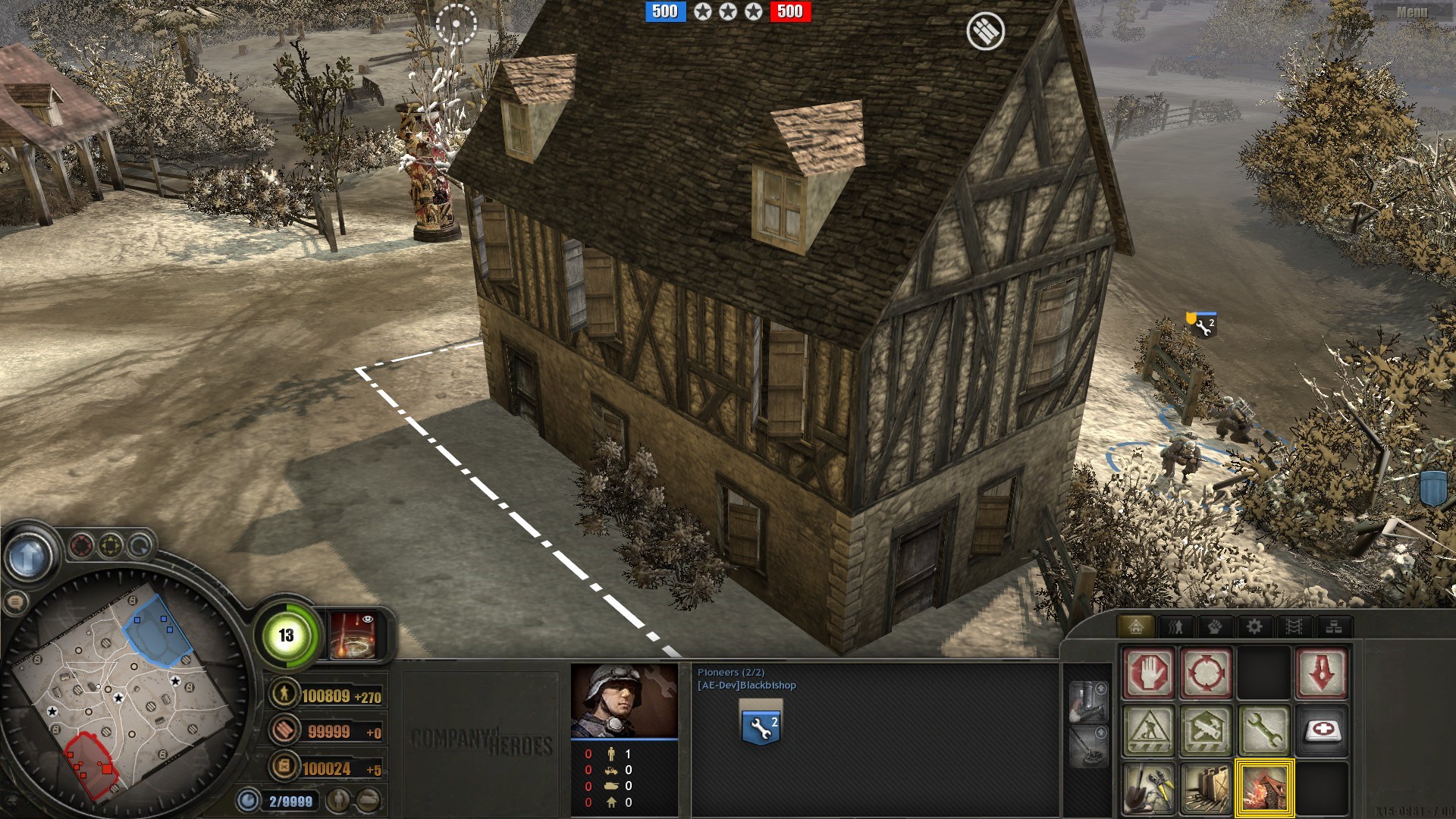 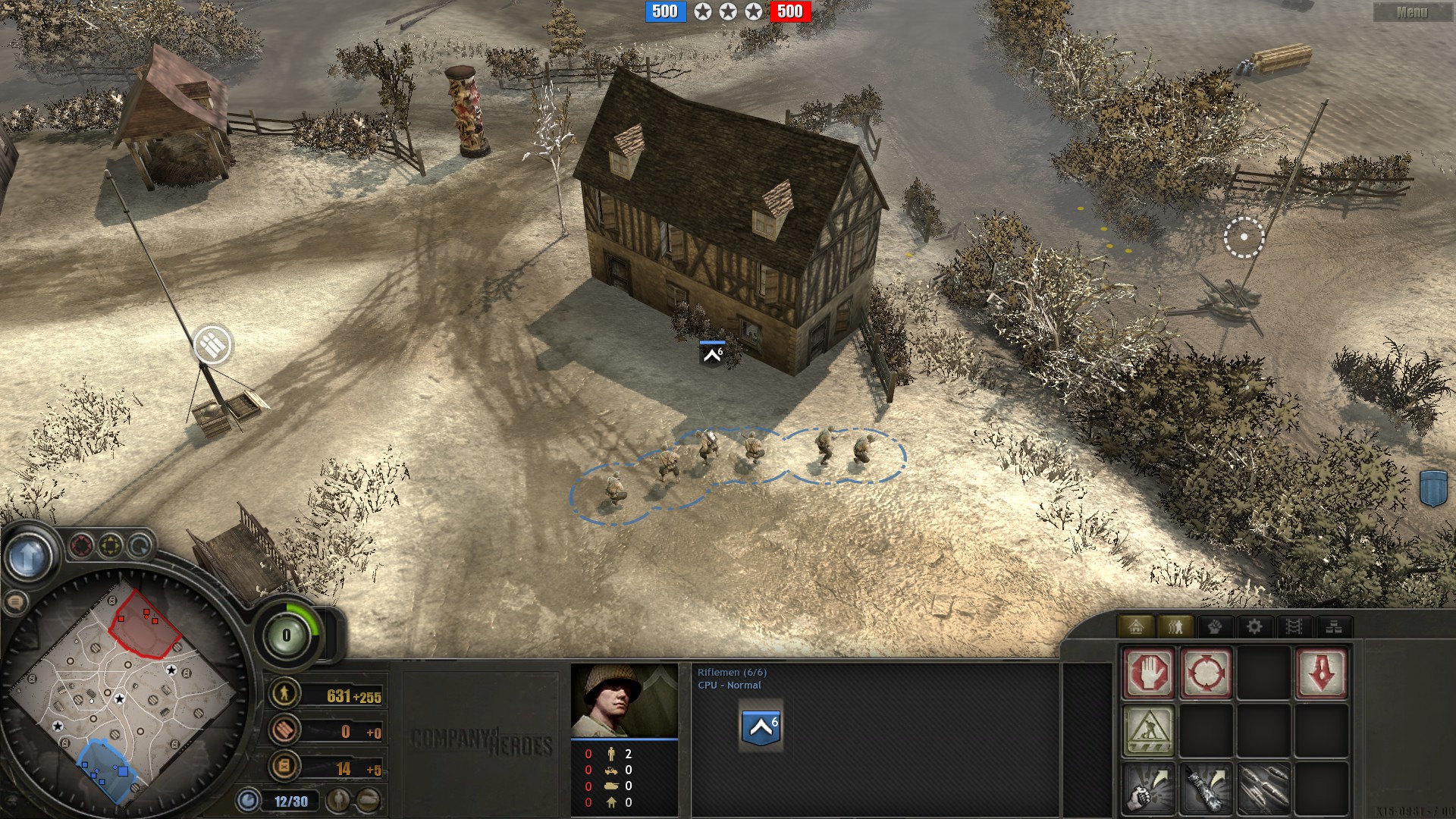 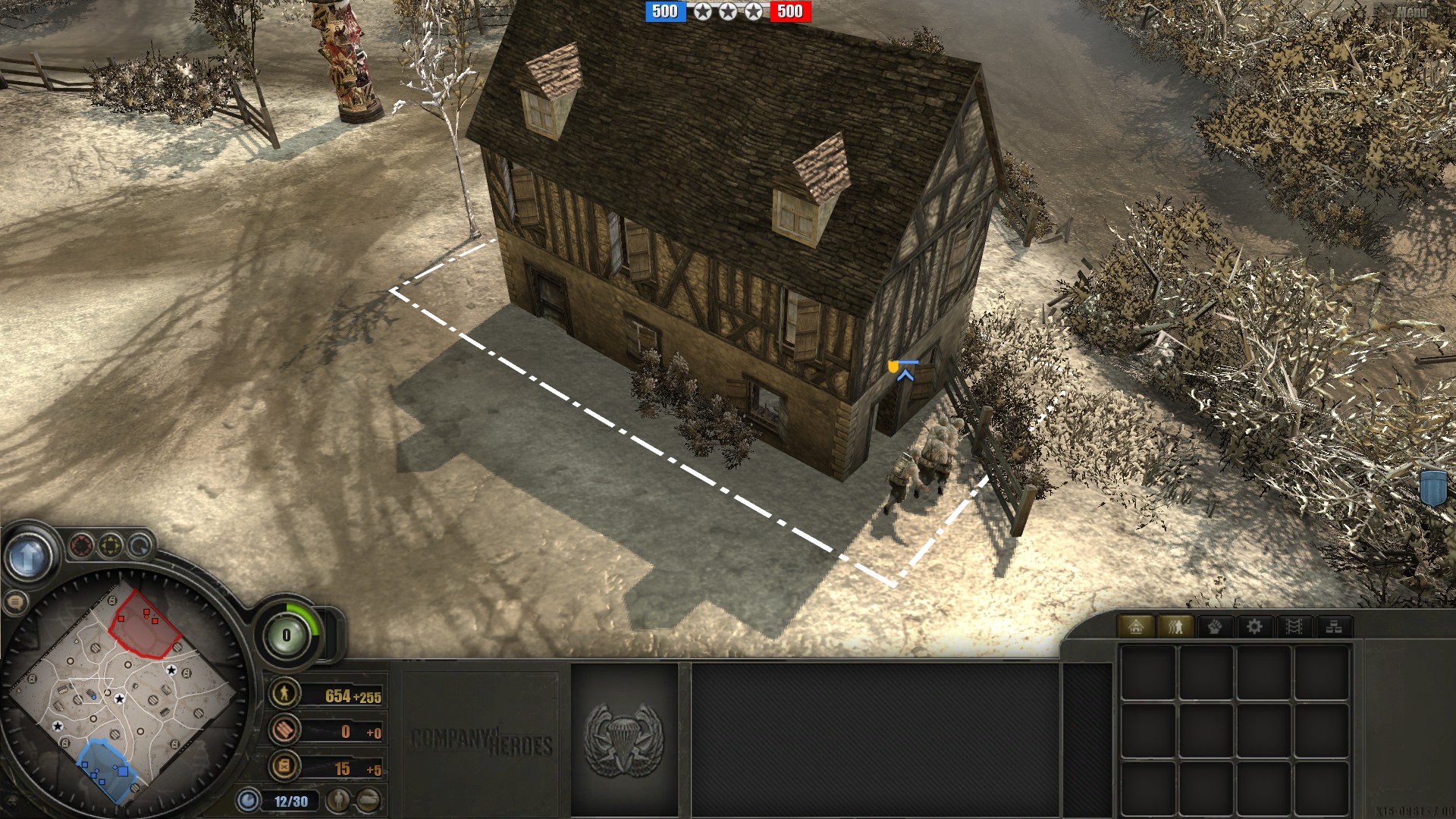 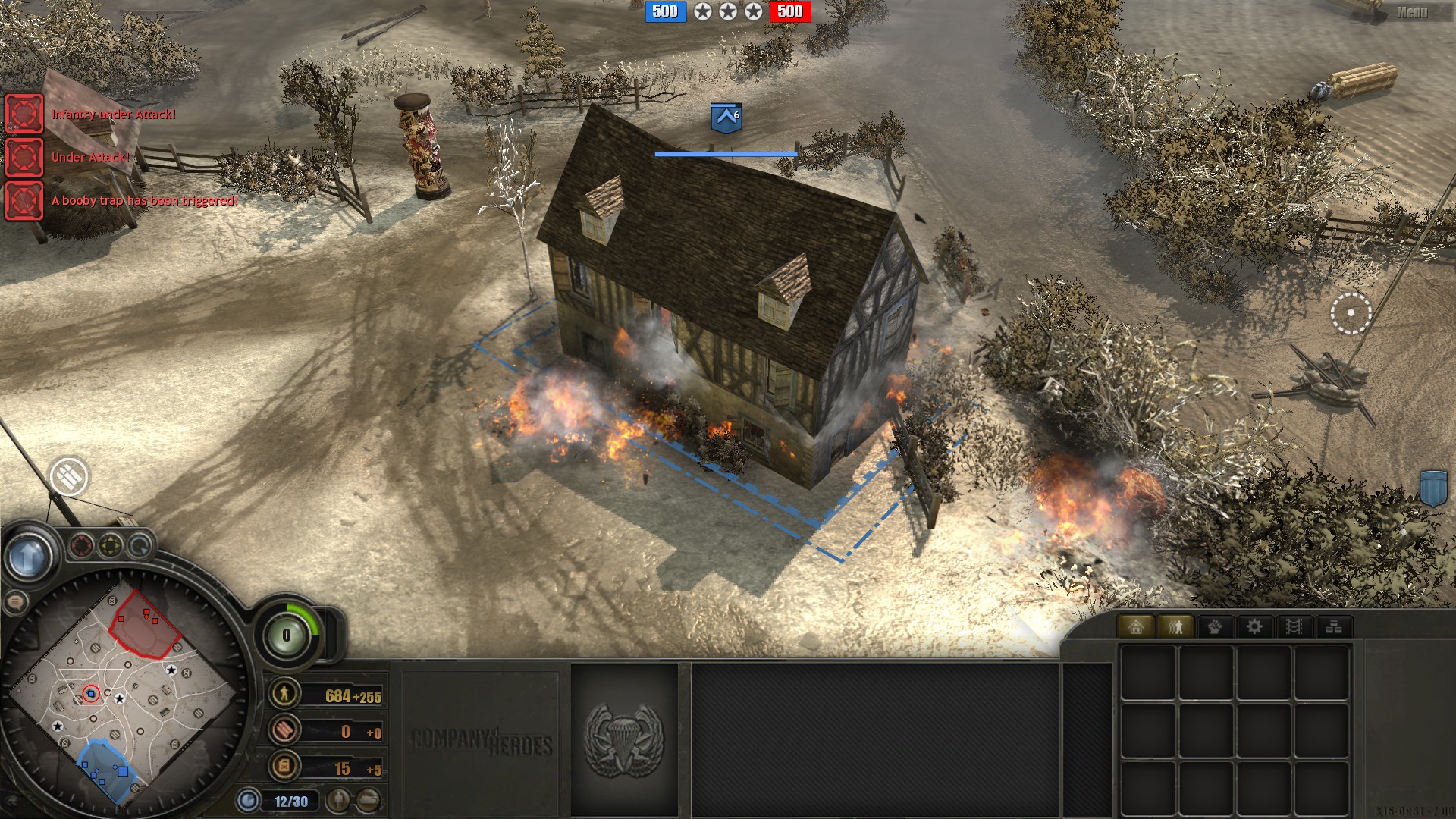 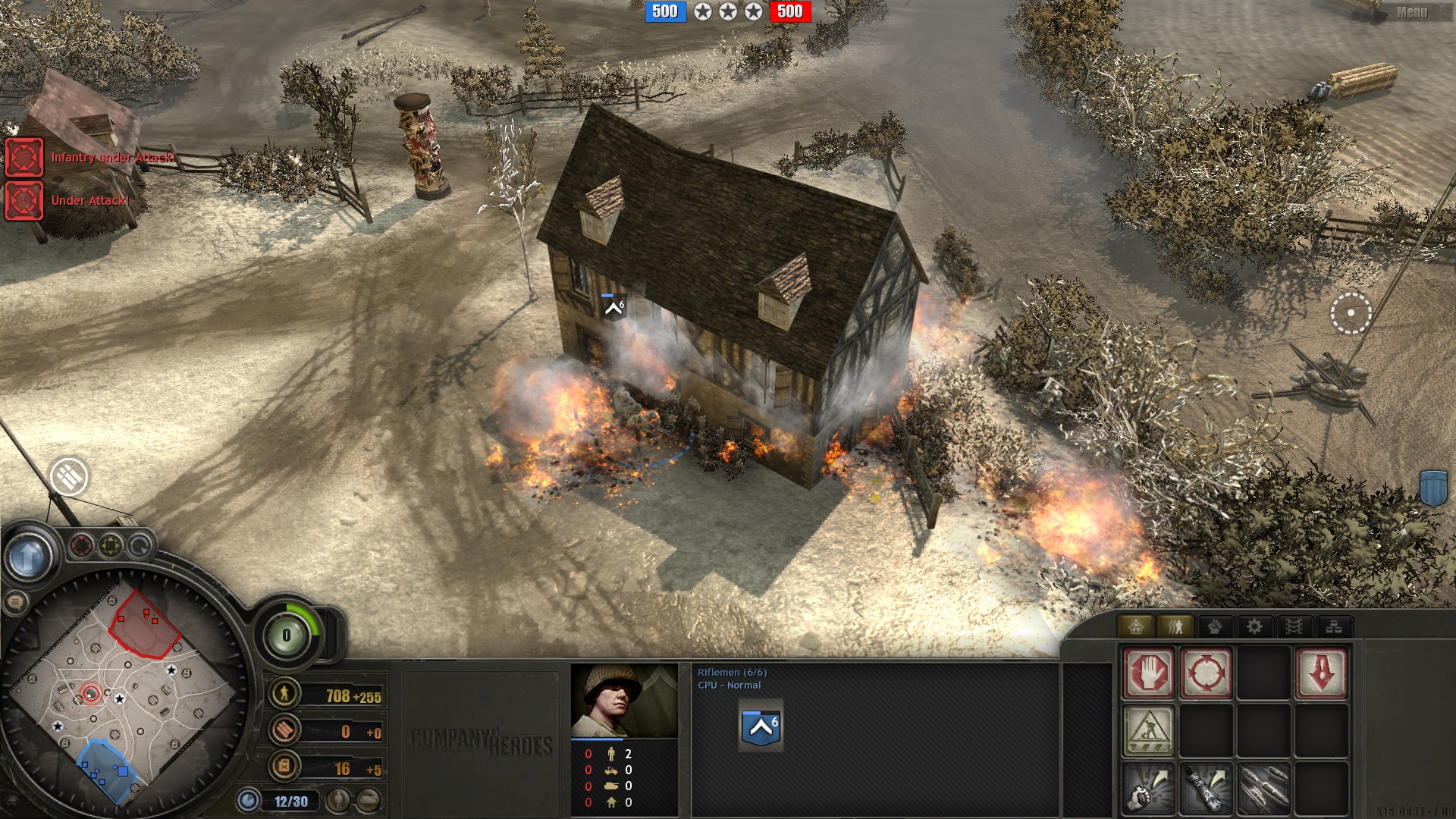 Unlocks the Flare ability(50 MU), which let you peek at non-allied territory for a short period of time and Pioneers can lay incendiary traps in buildings. The flare ability will help to target areas unreachable due to fog of war and if you combine it with your artillery units, they'll have better precision due to the lack of fog. 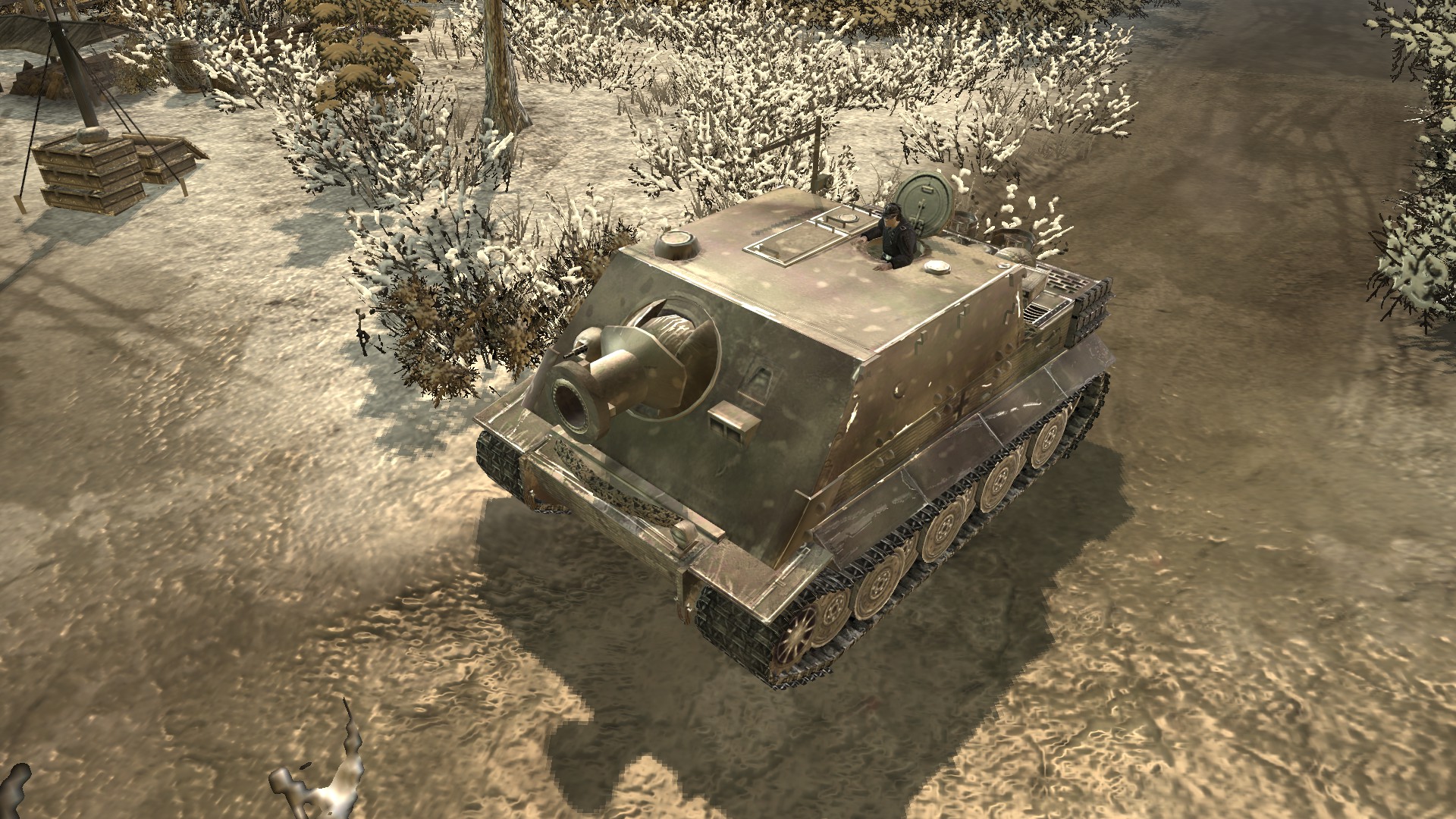 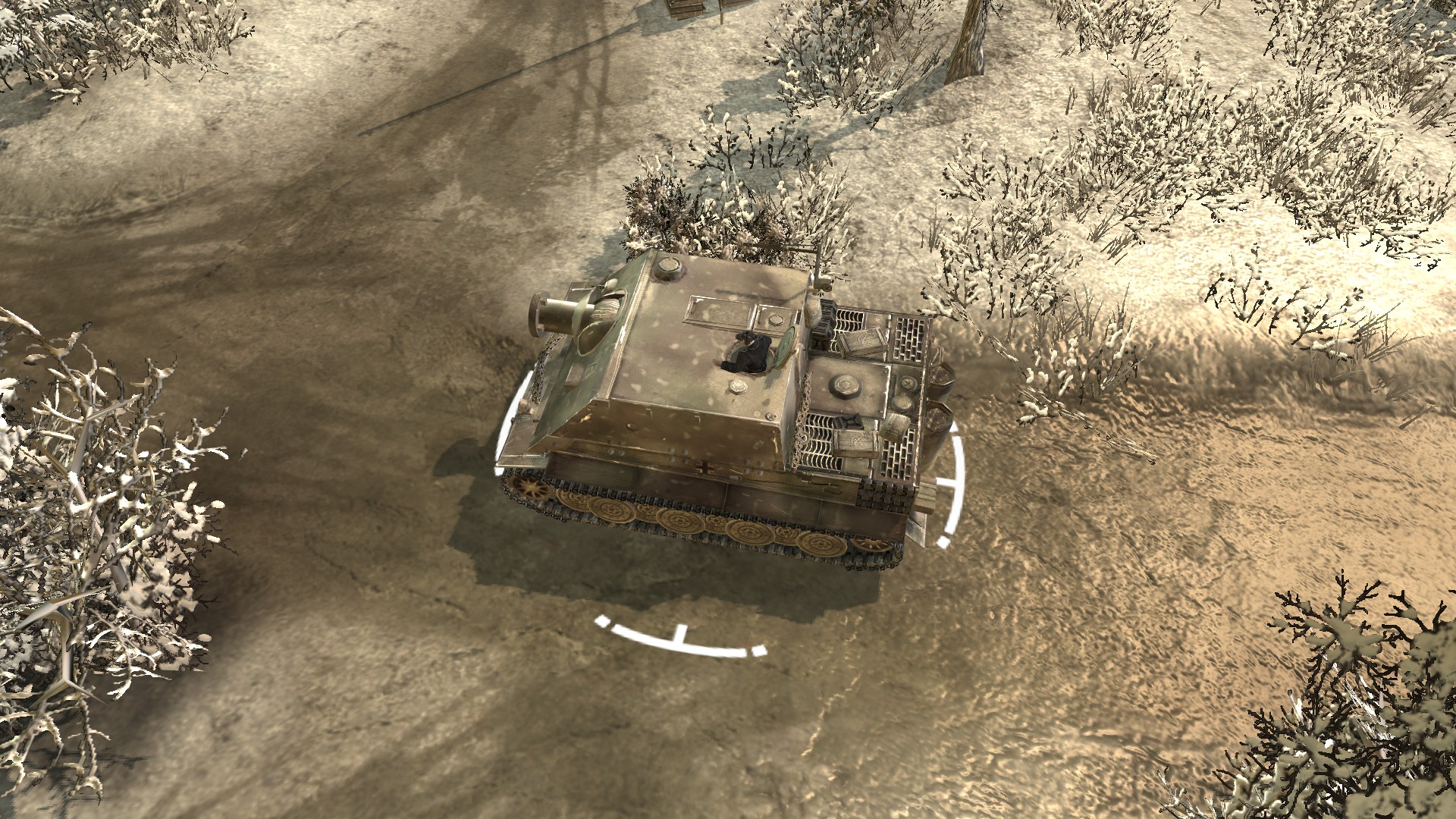 Request the support of the unique Sturmpanzer VI, which fires 380mm rockets and it is based on the Tiger tank chassis. This unit needs to be locked down to fire, and due to the massive type of ammunition it uses, the vehicles needs two minutes to cooldown and prepare the next rocket to be launched. Due to how rare these units and it's ammunition are, only one can be used in the field at a given time and it cannot fire in the fog of war, so the flare ability might come handy. Model courtesy of Halftrack and Tankdestroyer.

We are still testing the tree, so there is a chance of stuff being moved or replaced. For now is all we have to show, if you have any comment or tip please let us know by writting a comment here.

If you wonder where is the third... it will be sold as DLC later :P. Joking aside, the third tree(Ostheer one) will be posted in the next weeks.

You said to sell ?? ie the money? You said that all free!

@Walki
Pretty easy to know who is he in our forums then :D.
I.minus.com

Very nice! Sounds interesting. So each tree is meant to be for a different faction?

@Kriegtooth
Well, so far yes: one for Ostheer, one for Soviets and this for Wehr.

Wow, this update features way more new stuff than I hoped for =)

why you dont chance the panzer elite and the wehermacht skins ?