The first playable version of Four By Eight is coming straight at you, in all its minimalist glory! Get ready to press up and down furiously!

A few days ago, I revealed I've been working on a brand new game called Four By Eight. Now, you can have a go and find out what it's like for yourself! 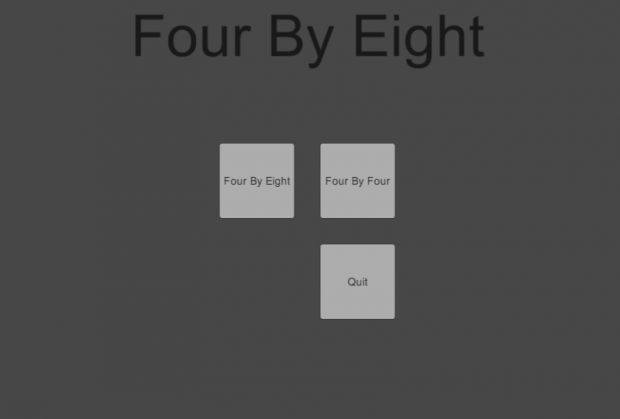 Since the last post, I've added a main menu so you can pick different game modes. Currently there are two modes - the classic Four By Eight mode, plus a Four By Four mode, which is a bit more challenging since there's half the time to react to spawning tiles. Trust me, it's horribly difficult. There will be more game modes to come, so hopefully these buttons will look a lot less lonely in the near future. Perhaps a Four By Two mode? Or is that absolutely psychotic? 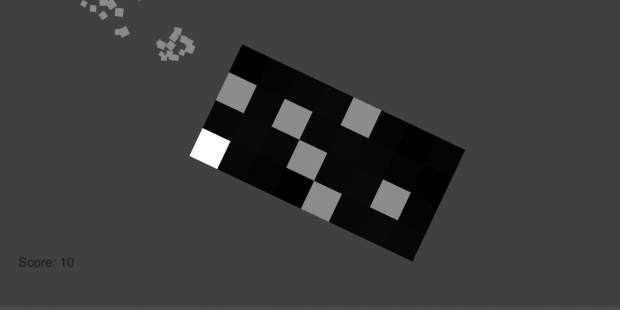 On top of that, there's now a score counter in the corner, which keeps track of how many enemy tiles have died. In a later update you'll be able to see your highest scores for each game mode, and you'll be able to enter your name, so you can invite your friends to try and beat your high score. Then you get to beat your friends over the head with a blunt object when they completely wreck your score (not that I advocate violence at all).

That's pretty much all there is to say right now. Go download it from the downloads page when the download has been uploaded/approved, and enjoy playing! Be sure to post your high scores below too!