Our original plan was to release friday, but Battlefield 2 patch 1.5 and some serious bugs that managed to sneak through the release candidates meant that everyone had to work on getting everything finished right up until today. This is why we did not want to post an announcement the week before the release, like we normally do.


One of the most noticeable and exciting changes in 2.2 will be the addition of 3D iron sights. The main reason we changed from our flat 2D iron sights was because of the rough transition between 3D model and 2D sight. We know many people have voiced their concerns about 3D sights on our forum, but the new sights have been received with great enthusiasm by all our betatesters, some of which also had concerns before seeing it in game. So, here are six screenshots showing off these new 3D iron sights. 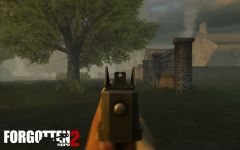 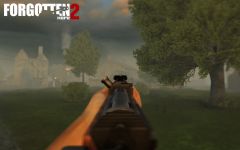 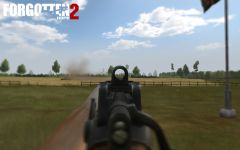 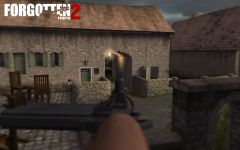 The major changes in 2.2 are:
5 New Soldier models: 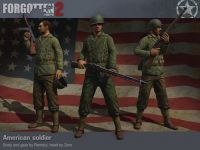 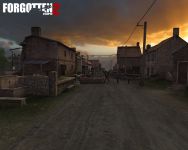 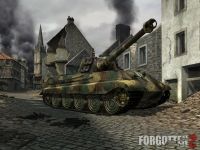 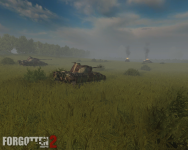 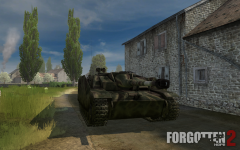 Be sure to check out all vehicles and weapons in their corresponding sections on our website. You can also see a detailed description of each map, with its layout and many screenshots in the maps section.

Another change we would like to mention here is a change in gameplay. First off, every plane in the mod has gotten a complete physics overhaul, making flying much smoother and easier. We recognised that flying in previous versions was not something everyone could enjoy, so we hope these changes have fixed that. Secondly, the tank damage and armour system has also been given a good tweaking. We felt that tank combat was over too quickly and that there was too little strategy involved, with the winning tank nearly always being the one who spotted the other tank first. Of course, Tigers and Panthers will still kill Shermans with a single shot, but tanks that are more evenly matched should be up for a longer fight than before.

Last, but not least, we have the complete changelog, for everyone who wants to take a look at all the changes in detail.

That's all for today, but be sure to come back tomorrow for the 2.2 release! Until then, feel free to visit our IRC channel and our public forums to discuss this update and other news.

Also check ours website, we are add more mirrors ;)

Awesome work. Any chance of any ships or naval warfare in any future releases?

I used to love bombarding the coast with a cruiser on BF1942!

Wow, I've got a huge bug with the 3D iron sights. My screen turns black and white, and spazzes out when I use my sights from any gun on any faction.

I had this bug to, but in the previous version, you have to delete all you previous FH files and install FH 2.2, btw. Operation Goodwood keeps crashing after some time, i think when the churchill or the KT spwans, also OP Aberdeen keeps crashing after some secs after i joined the game, dunno i think i´ll reinstall bf2 and put the patch(1.5) on it then we´ll see if it´s working then

Yes! I got same problem as Apostel_Lukas, plz help us, i really love this mod and i wanna use King Tiger, it keeps crashing me when it spawns ( i usually play coop with bots - 1 player - me and rest 48 bots, btw the first time there spawns only Tiger, i think the second time there is King Tiger, plz Help us!!!!!!!!!! Thanks a lot!

This release wrote a new chapter of FH2 History and Gameplay.
A Great Mod, RESEPECT!

When the King Tiger spawns? Does it spawns in single player too? cos whenever i play only the tiger spawns in goodwood ^^

Great job as always. Well worth the wait.

what the hell is this still bf2? :D Very nice work dling NOW!

this must be one of the best mods ever.. :o love everything with it, except the m1 garand recoil, other than that, it kicks ***

needs the crashing bugs sortted soon as pos . can cause really bad crashing on ya computer which dont do it much gooood =/

King Tiger is only in conquest multiplayer?????? PLZ answer!

Pzkpfw IV Ausf.B (aka Kingtiger) is only available on the multiplayer version of Goodwood.

thank You very much! but it is Pzkpfw VI B Tiger II Kónigstiger

BTW they should add more King Tigers to the game :D they are so niceeeeeeeeee :D

They only add King Tigers in appropriation to historical correctness...

well yes but i mean not add them to the africa corps but to the western front or if they made, the eastern one too :) would be better for players ^^ cos now many fights for the "sit" in KT hehe

Nice, and grat job,
byt ther is not, Size?
and Instruction for Instal?

You do need it to play online though.

It's World War 2, where is the Russian army?
Canadians?), I almost did not hear that they fought, but they are there, and the great Russian army is not here

I was not aware that the red army fought in Normandy or North Africa.