​​Updated bedroom map, ​added a desktop setup, chair & I've lowered the height of the carpet so zombies walk over it easier, and added a bit of a ramp in the open drawer so zombies don't get stuck inside of it.​

​​Added controller support, ​a second set of inputs available​ ​& in-game help text now shows the bindings you have set instead of the default controls. You can now edit the paint brush colours with the scroll left & scroll right mappings, making it usable with a controller.

​Improved zombie AI, ​they now vary their path so they don't all chase you in a straight line. They now stop when they're within attacking range (meaning zombies with snipers will camp at range, and ones with melee will rush in close), if they lose sight of you they will move in closer. Their weapons are now more inaccurate at range, their speed varies with what weapon they're holding, and I fixed them trying to shoot you through things.

Light colours change depending on what colour the light is set to, instead of only being white.

In-game HUD changes. Inventory icons are now along the top, and can be clicked on to select that item. Gamejolt notification has had its position and animation changed. The dropdown selection for the item spawner & blueprint now display the previous and next items. The health icon now has an animation for taking damage. 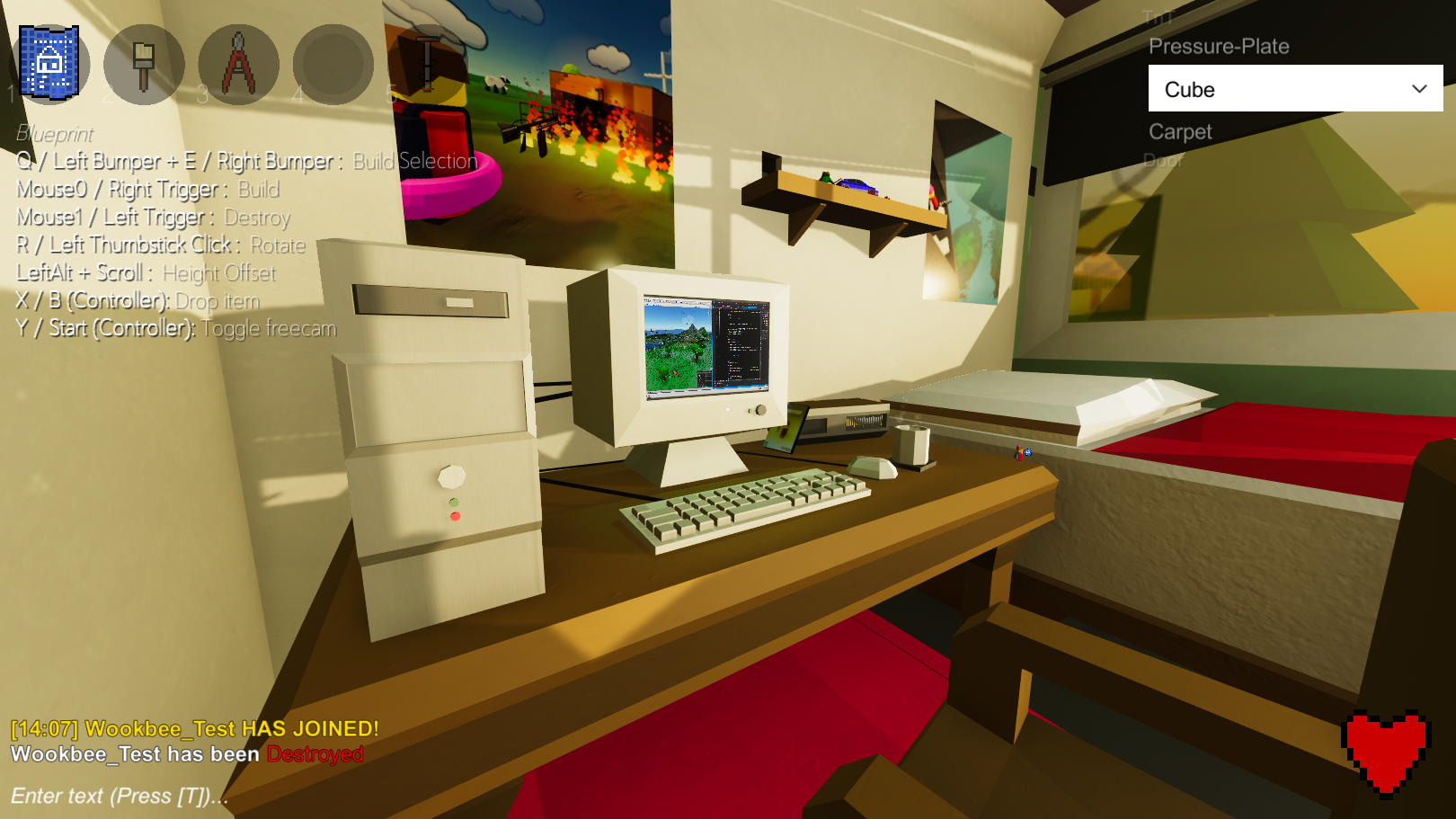 Two handed items! ​The lantern now turns off during emotes/typing too.