Having drawn up some very rough doctrine drafts, I decided to turn my attention to the partial focus of the mod (infantry combat). Read on for an easy-to-figure-out how-to on unlocking the Grenadier platoon and SS-Grenadier platoon for the Wehrmacht faction, as well as some more details for the new SS-Squad and some new changes for Grenadiers!

Plop down a Wehrmacht Quarters and start duking it out against your opponent(s). As is the Wehrmacht custom, make sure you get the Escalate to Skirmish Phase upgrade at some point. 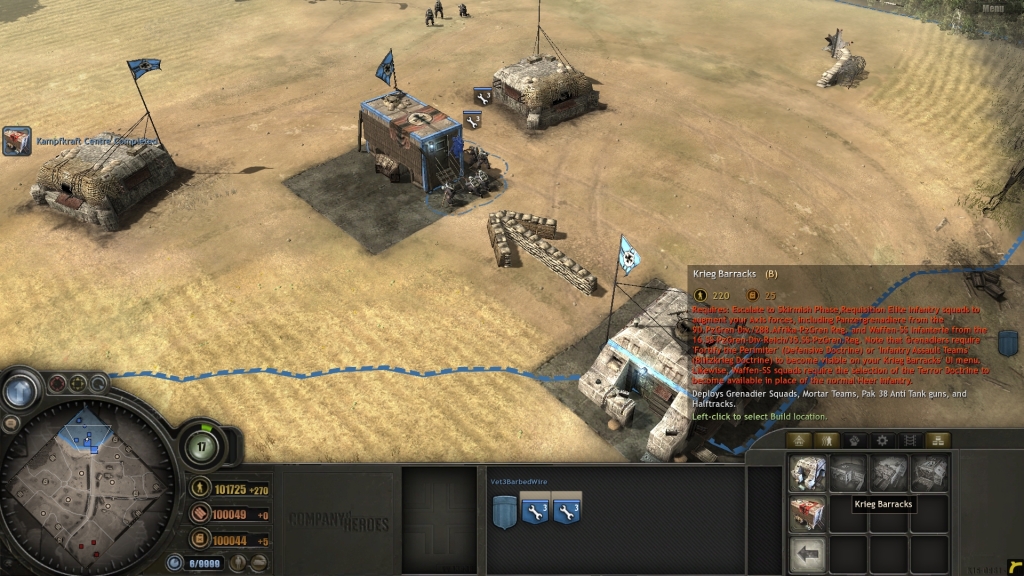 Build a Kampkraft Centre. The Krieg Barracks now requires this building and an upgrade located at it in order to become available to you. 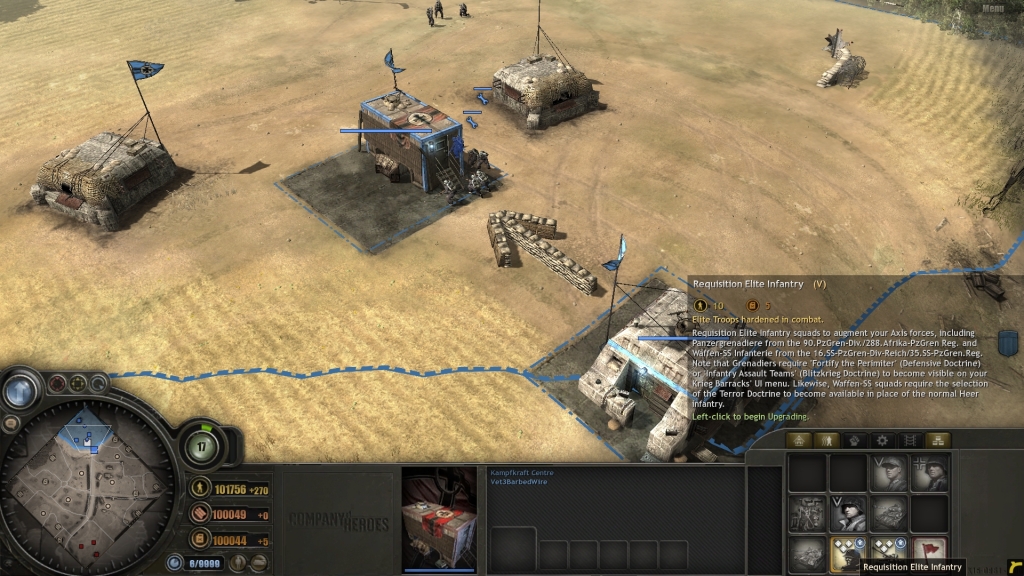 From there, you have two routes to go if you want to equip your army with Grenadiers. You need to choose either the Defensive Doctrine and Fortify the Perimiter, or Infantry Assault Teams from the Blitzkrieg Doctrine. 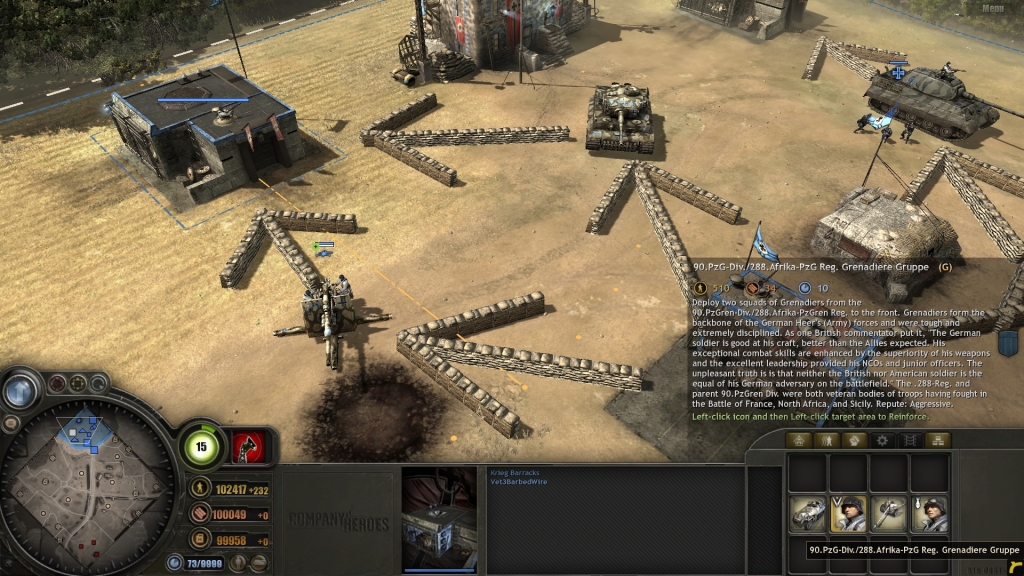 Now you're ready to call in a platoon of Grenadiers! Calling it a platoon would unfortunately be a highly inaccurate lie. In fact, most of the "platoons" in Operation Avalanche represent a single squad of soldiers from their given country. While other mods have created accurately sized squads, from a gameplay perspective, controlling 10 or more men in a single squad is a nightmare. The new 'Grenadiere Gruppe' still consists of 10 men, but has been radically overhauled: 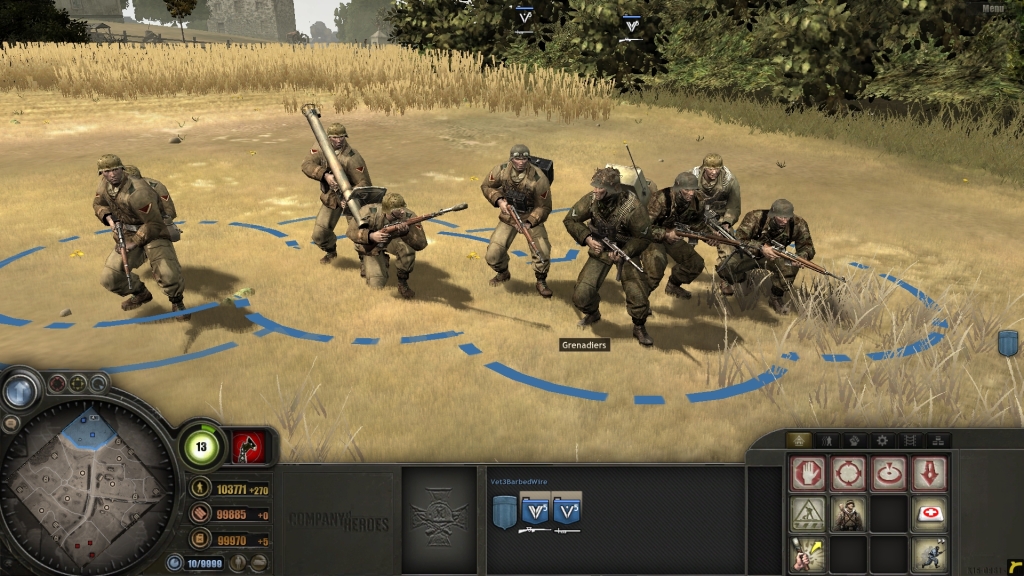 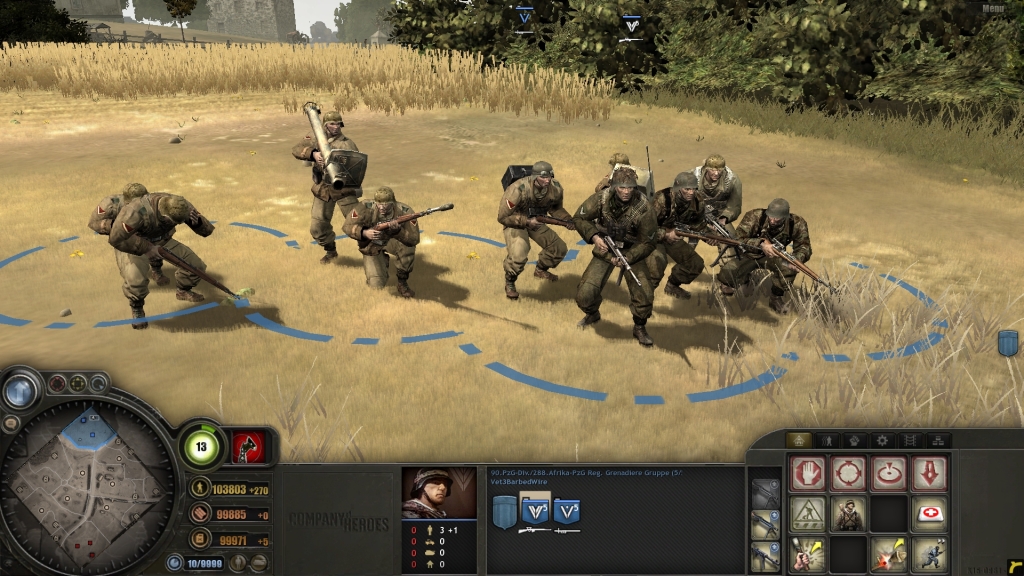 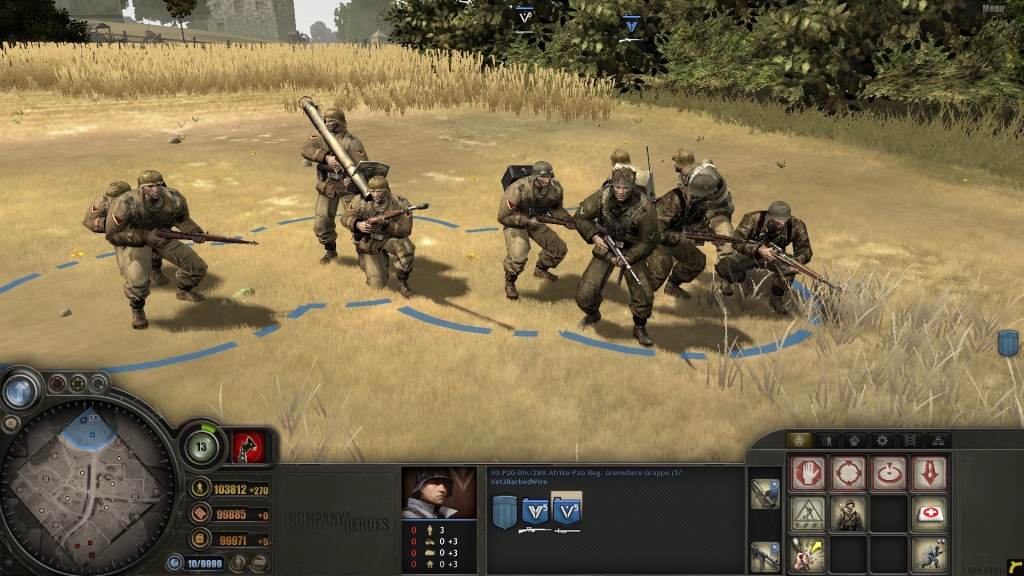 Mainline infantry 'platoons' will be fielded with differing icons in each pair, in almost all cases relating to their relative 'ranks'. Section leader squads, as mentioned in the SS-Grenadiere news release, are led by a visually distinct squad leader, but micro managing multiple squads that shared icons would be a hassle, especially when using a control group and tabbing through your units. Section leader squads will have a 'higher' rank icon for each squad than their non-leader counterpart. In the case of Grenadiere, the Section Leader portion of the squad is led by an Unteroffizier (the rough equivilant of a Corporal), while the non-leader section is roughly equivilant to a Private First Class (Obergefreiter).

Squad armamant has also changed. Before this patch, most infantry were fielded with only standard rifles and had the option of equipping weapons to match their need in the field. Because the new system involves bringing infantry squads into play in pairs (or 3 squads in some cases), there is now room to specialize seperate squads. A Grenadier platoon comes into play with a Maschinenpistole 40 (carried by the Unteroffizier) that fires shorter, more accurate bursts, two Karabiner 43 semi-automatic rifles (one per section in the platoon; the same rifles carried by Panzer Elite Panzergrenadiere), one Liechtemaschinengewehr 42 LMG (carried in the leader-section), and 6 Karabiner 98 Kurz 7.92mm bolt-action rifles. The leader section has the option to arm one of the men with the Schießbecher 3cm rifle grenade projector, while the other section can be armed with up to two Panzerschreck 8.8cm rakatewerfer (rocket launchers). The leader section is also armed with a targetable Panzerfaust. One notable change is the LMG42. Carried by one dedicated man, if he is killed, the LMG42 will not be dropped or passed around. The LMG42 offers ferocious stopping power; 0.15/0.2/0.25/0.15 accuracy at Distant/Long/Medium/Short range. The parabolic accuracy reflects the difficulty of hefting a 20lb LMG at point blank range. With the LMG42, Grenadiers can easily best Riflemen that are carelessly mismicroed. However, if the LMG gunner is lost--say, to an American sniper (hint hint), Grenadiers are merely the equals to the lowly Rifleman squad, who's M1 Garands will likely be able to overpower the Grenadiers' rifles in a rifles-only slugfest. 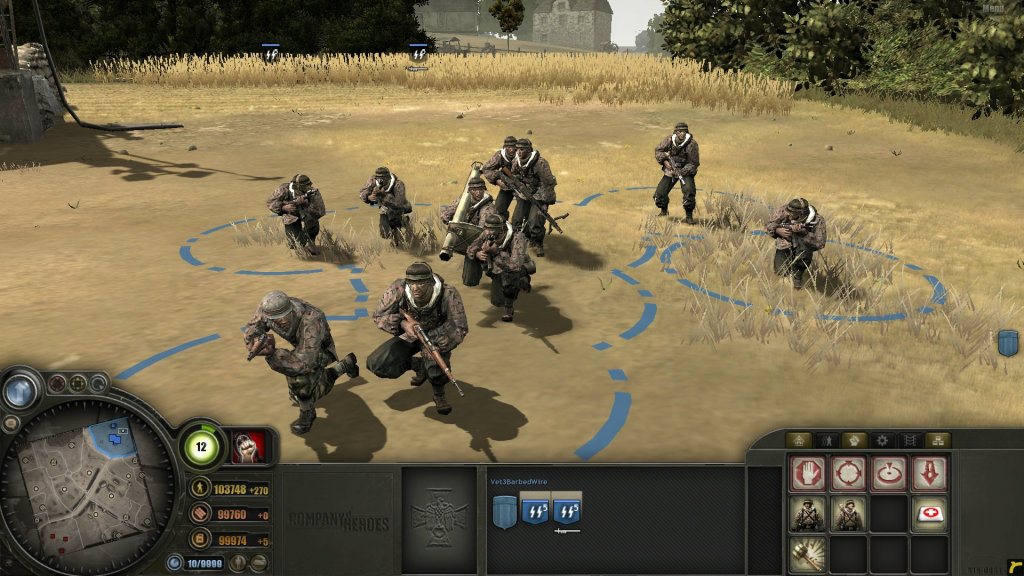 The SS-Sturmgrenadiere are armed with a mix of Sturmgewehr 44 assault rifles, LMG42s, and Karabiner 98 Kurz 7.92mm bolt-action rifles. Note that the Stg44s are seen with a graphical bug caused by the inclusion of the Sten SMG in the Stormtrooper data file (the Sten was previously used as the MP28 and was available on Stormtroopers from Blitzkrieg Doctrine, which have been removed). Although more expensive than Grenadiers, SS-Sturmgrenadiere pack more offensive punch with the mobile firepower of their assault rifles, and can also utilize the 'Fanatacism!' ability also featured on Panzer Elite squads to further increase their potency. Sturmgrenadiere will be limited in their tactical adaptability and will not be able to equip anti-tank weapons (though a Panzershreck is pictured in the screenshot). 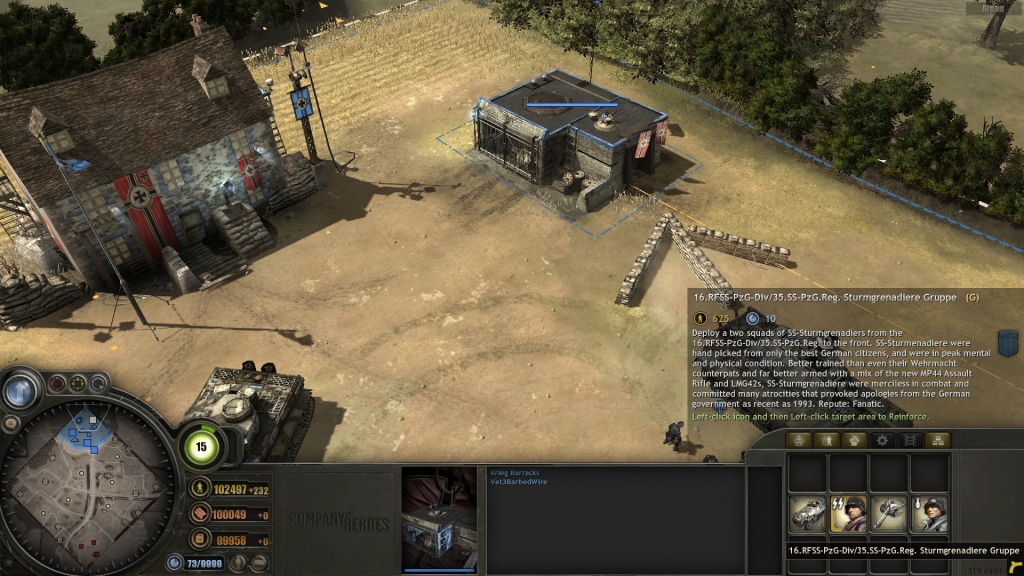 Obtaining the SS-Sturmgrenadiere involves a similar process to getting your hands on Grenadier squads; however, you need only select the Terror Doctrine--no need to choose any doctrine unlocks--and they will become available after following the steps needed to first build a Krieg Barracks.