Now you can play Football Tactics Demo for a full season!

We just launched a demo for Football Tactics. The game isn't finished yet, but at the moment it's quite polished. You can choose a country you want to play in, create or select a club, and play full season in Amateur League. You will also play against teams from higher leagues in Prestige Cup.

Unpack the archive and execute game.exe 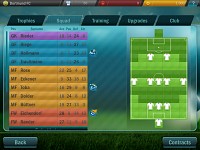 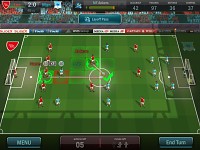 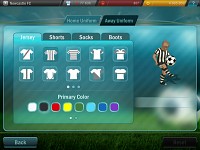 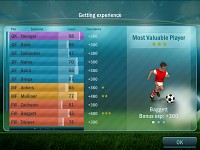 1) To scroll pages right and left you can:
- use keyboard arrows
- make swipe with mouse (hold LB and swipe it right or left)
(we will add arrows on the screens in release version)

2) On wide screens the game has 4:3 ratio and black right and left sides

3) When you created a club in one language, its name and the names of all other clubs are saved. So when you switch to another language, the clubs' names will be on the initial language. Just create a new game on your language to have all clubs be saved on this language.

What is Football Tactics?

Football Tactics - is a tactical football manager with turn based matches. Create your own club, and turn it to a team of the champions!

The core of Football Tactics is tactics and intelligibility. You’ll be able to assess the opponent’s team, find weak and strong sides of it, and set an optimal squad against it. You’ll clearly see the consequences of your decisions.

It’s not the game about endless spreadsheets with millions of unintelligible numbers. You won’t have to guess, why your team won or lost. You’ll clearly understand, what every characteristics of a footballer means, and how it influences the game.

If you like the game, vote for it, please, on Steam Greenlight