With the relatively short period between the content-rich November release of Patch 0.2.11 and the holidays, efforts were focused on improving gameplay and fixing bugs so that we could release the much improved 0.2.12 build in time for the festive break.

With the relatively short period between the content-rich November release of Patch 0.2.11 and the holidays, efforts were focused on improving gameplay and fixing bugs so that we could release the much improved 0.2.12 build in time for the festive break.

At the top of the community-requested improvements is Load/Save. While it's been available in game for several patches via the console, it wasn't functionally complete which rendered it unusable. Throughout December, Load/Save received much love, and in Patch 0.2.12 it is now stable. We've left it accessible via the console to allow for a period of both internal and community testing, so if you run into a problem please let us know, and submit your output_log.txt file (Player.log on OSX). Pending positive test results, we'll soon be moving forward with integrating Load/Save into the main UI.

The camera is now at a fixed angle, which becomes more shallow as you zoom in closer to the ground. There are numerous reasons for introducing this, the most important of which is maintaining frame rate. By angling down towards the ground in typical RTS fashion, we're able to reduce the amount of geometry in the camera frustum, which means lower frame rendering times and higher FPS. When we launched in Early Access we deliberately set the minimum specification quite high, with the intention of lowering them as development progressed. As optimizations continue to be added, its looking increasingly promising for being able to lower the minimum spec towards launch. We're now able to play a meaningful game at 25fps on an old Macbook pro with an Intel HD3000 graphics card. If you're not a fan of the new camera system, that's not a problem. You can disable camera locking under Settings and return to the previous camera setup. 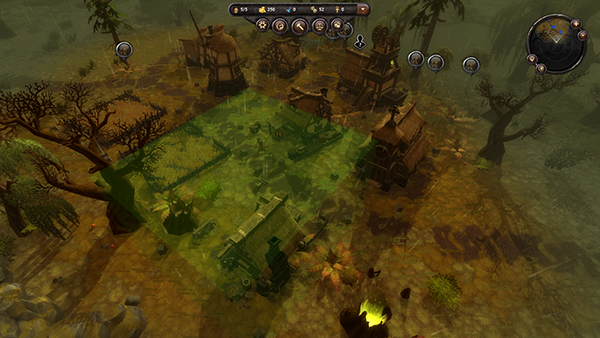 Referring back to the Let's Play videos and streams we watched post-0.2.11, we noticed players weren't rotating their buildings as much as we expected due to convoluted controls. Revisiting the controls, we've opted for the more expected behaviour of placing rotation on the scroll wheel, overriding the normal zoom function when in construction mode. We also noticed some confusion over how close economy buildings had to be placed to resources. To address this, when placing buildings we added icons over nearby resources, setting them 100% opaque when they are within the building's boundary, and 50% opaque when they are outside but nearby (and therefore likely to be captured once the player unlocks the Expanded Boundary research).

Being able to watch play sessions is so incredibly useful to us in learning how players engage with the game, and where improvements are needed. It's one of the primary benefits of being in Early Access.

If you played Patch 0.2.11, you'll know that the Needs system we introduced expanded playability, but lead to some confusion because of a lack of information provided in the UI, and a likelihood that villagers would start leaving. Throughout December the team worked on improving the UI, adding quick-glance indicators to buildings so players can see if a building is missing workers, or how many workers out of the maximum are currently trained. Missing workers is the primary cause of not being able to meet villager needs later on, so knowing when there's a problem helps players address the issue before it starts affecting villager happiness. We also expanded the number of event notifications, and added advisor voice over to tell players when a worker had left or a building didn't have any workers (more on this later). 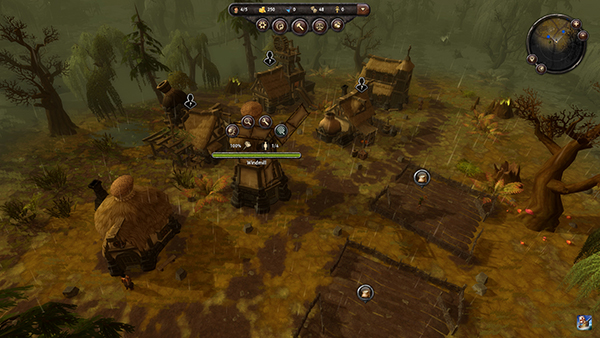 Digging deeper into the Building Dialog, the Workers tab received much needed attention, enabling players to recruit directly from the list of available Peasants (villagers without a profession), demote workers, and find them (thanks to the newly added camera panning system for event notifications). Auto-Recruit was enabled, easing micro-management demands for those wanting to simplify their tasks by automatically filling vacancies. This isn't quite perfect, and in the next patch we'll be adding checkboxes that appear allowing to you check which slots are to be auto-recruited; useful for early stages when you don't have enough villagers to be employing a full compliment of professions. 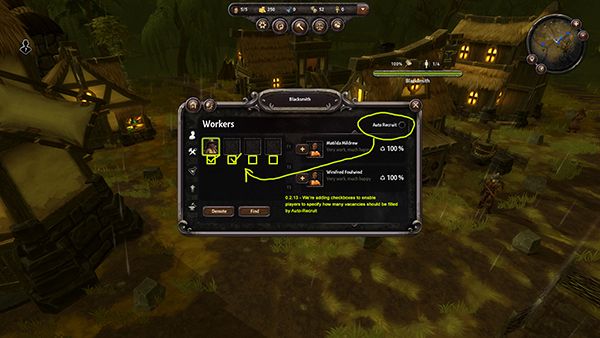 The Research tab in the Building Dialog became functional, especially for the Blacksmith buildings. You might recall the misleading "We don't have enough Iron Ingots" advisor line that would play when trying to unlock research. This was indicative of an increasing number of missing lines from the original tutorial; it was meant to be "We don't have enough research points." So this month we set about recording a new set of advisor lines scripted specifically for Sandbox, broadcast live in one of the Sunday Dev Hangouts. 7 hours of material recorded over two sessions was condensed into 70 minutes of candidate takes, from which 600 individual lines were then selected and dropped into game. These include lines for future features that will be coming online in the next several patches. 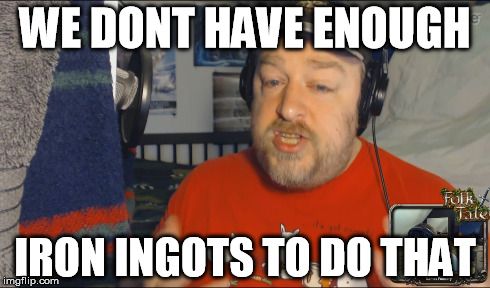 If you'd like to read all the improvements made in Patch 0.2.12, they are fairly self-explanatory in the Patch Notes.

Looking to the New Year, we have a number of short-term objectives:

- Sickness, death, and medicines - the Herbalist get their functional purpose, while the Monks will receive a second function (in addition to brewing Mead), to collect dead corpses and bury them in a new village Graveyard. Expect outbreaks of coughing and vomiting.

- The Needs system will be iterated and expanded, adding ranting behaviour leading to rebellion where some villagers run around setting fire to your buildings. Wells will become functional to help fire fighting.

- Clearing areas of Trees/Stone/Iron Ore deposits - we need more interaction with the environment. Being able to clear areas to make way for village expansion contributes to a feeling of progression and further investment in the ownership of what we as players are doing.

- Quest Designer - being able to trigger quests will allow hand-holding tutorial quests to ease new players into sandbox, as well as prototyping how the player will progress into the RPG side of the game. This eventually leads to portals, the hero party system, and the World Editor combining multiple location maps into a single playable experience.

- Monster Dens - these are a natural progression from the wave spawning system. On the Hard snow map especially, the wolf packs present a constant and frequent threat. It makes sense for such creatures to have a home/nest/den with health that can be attacked. Attacking a nest will cause any monsters inside to come out and fight, and destroying the nest will prevent future waves from attacking your village. Leaving a nest alone will result in a 'settler' monster spawning that goes looking for a site to establish a new nest.

- Enable the selling of Mead and Pumpkins.

- Implement the Crooked Cauldron, Stables, Jeweller's Shop and Marketplace with their associated professions.

Work continues on the Dungeon Kit which should be making an appearance in one of the Q1 patches. We've brought this forward into the 0.2.x release cycle from 0.9.x cycle to work on enhancing the camera system to meet the needs of dungeon exploring, and to test out triggers and traps.

For a look further ahead, it's worth taking a look at the Development Roadmap.

That's it for 2014. From us all on the Folk Tale dev team, we hope you've all had a great holiday, and look forward to chatting with you in the New Year.