See the action heat up in this MOBA/Soccer hybrid, and follow to see what's coming next!

After another day or two's worth of work and a few character animation purchases later, I bring you a video of Field of Heroes milestone 1 which generally demonstrates how I want the game to work. In the video I'm the only human player; everyone else are bots controlled by AI which I designed and developed.

And a few screenshots: 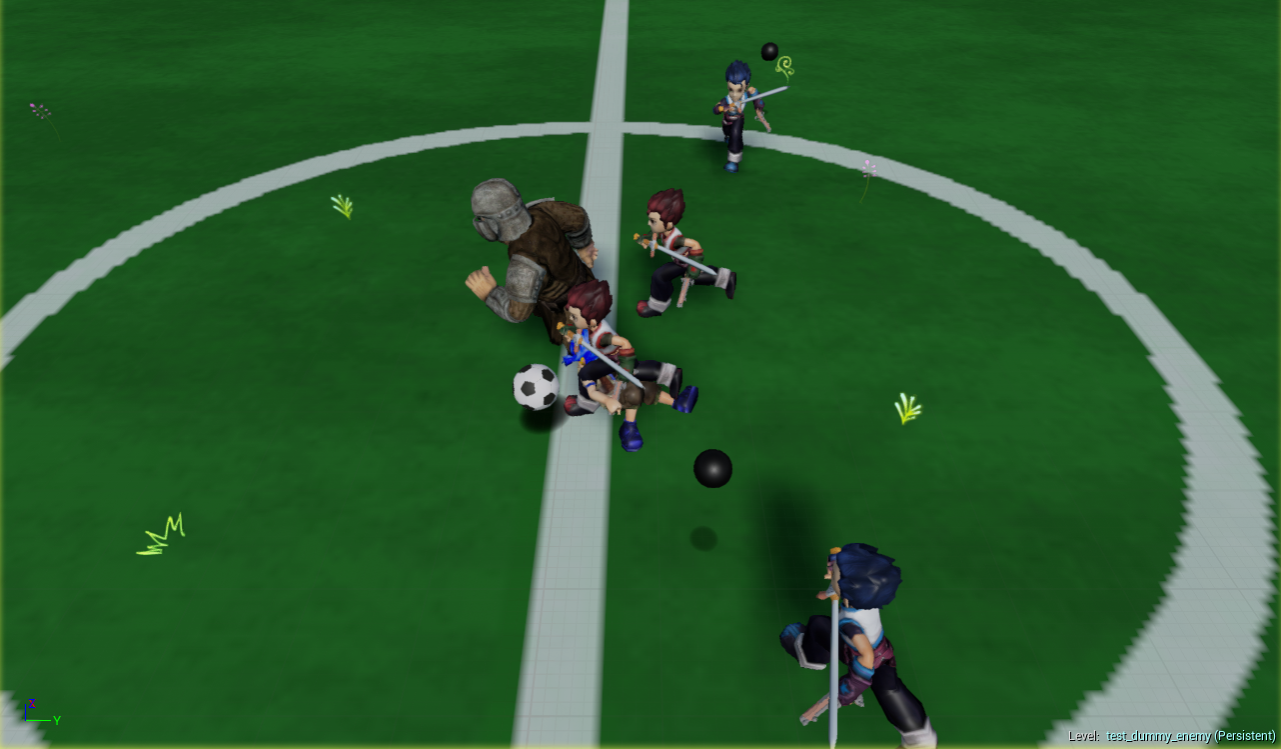 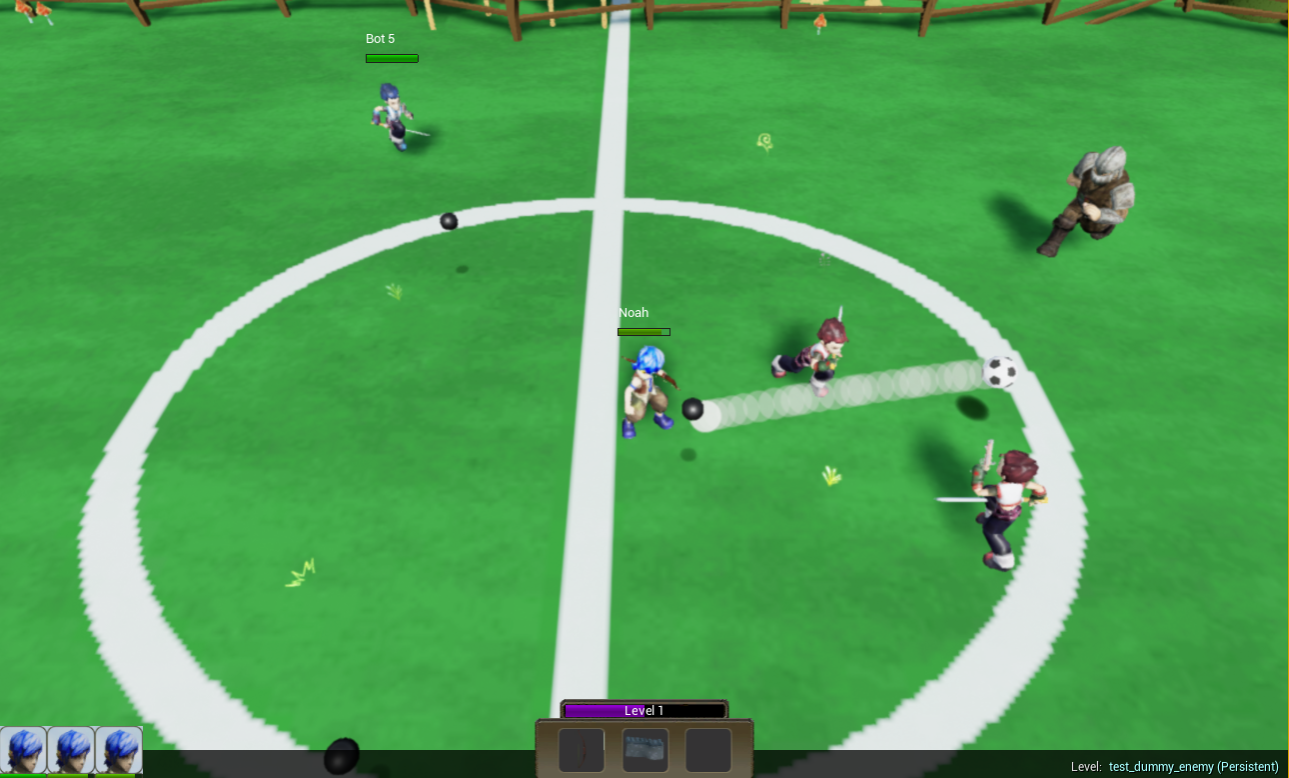 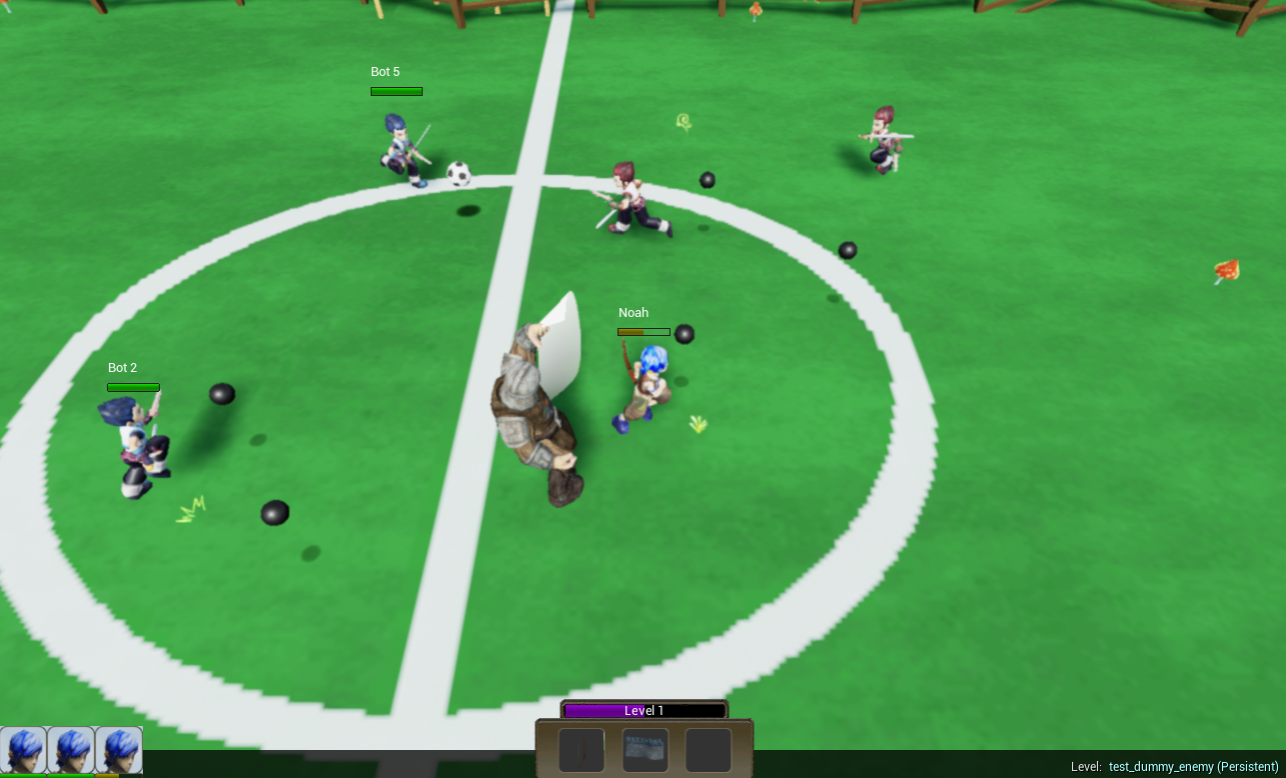 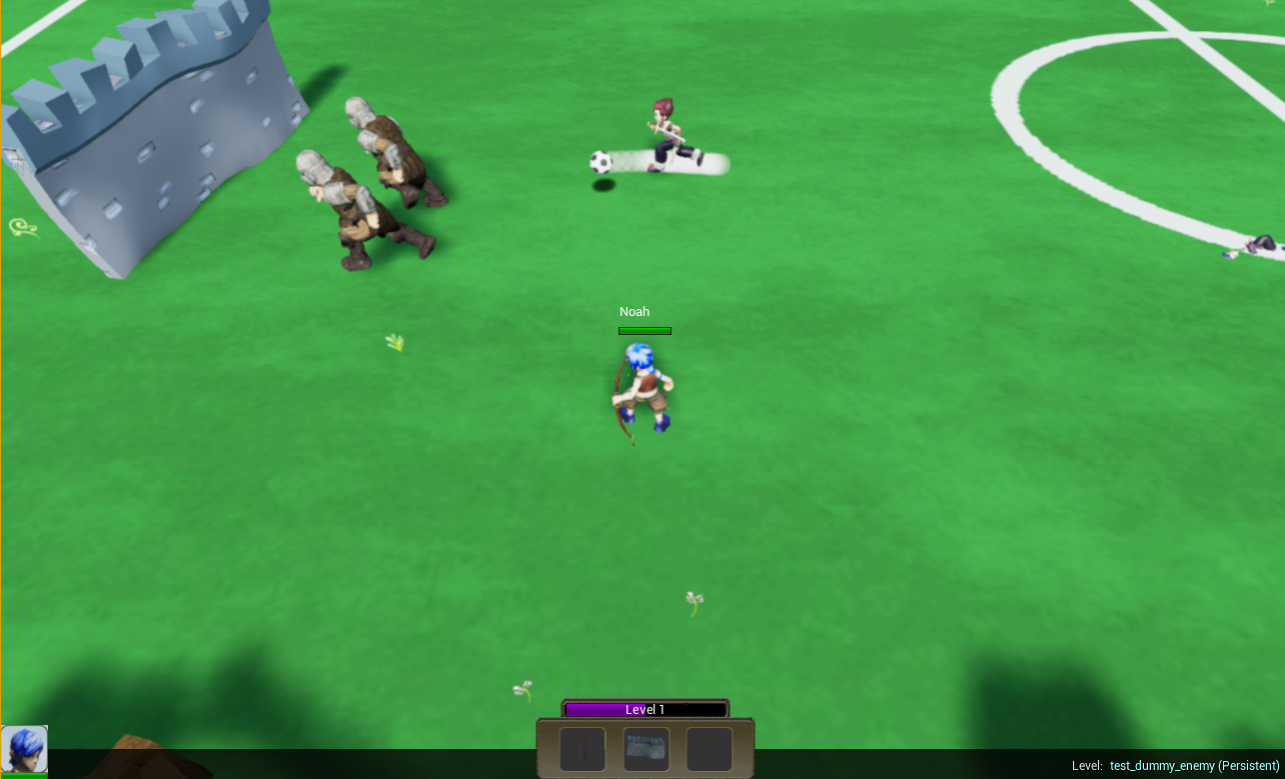 Right now FoH has three characters with animations; all of which named after the assets I purchased from Mixamo:

The demo does work in a networked environment; but at the moment players can only join the blue team and the same number of bots will always be on the playfield.

You can see some of the special effects I put in such as the "white wind" when characters swing their weapons, and the ball leaving a trail. I would have had more effects, but decided to keep things simple until the project gets much more serious.

Though the current prototype works online, the interface needs a fair bit of work and players can't yet choose their characters. There's also some balancing to be done with the weapons, AI improvements, and more special effects to make. Another thing currently missing is the leveling system -- I'd at least like to make a super simple one where players and weapons gain XP and, just for now, associate the level linearly with speed and damage.

I won't begin work on milestone 2 for a while. First off it's the new year and I have a lot of chores to get done; secondly the assets I contracted out for Paper Cowboys are nearly done and I want to jump into that project since I'm more serious about it. Sorry for the killjoy, but hey if you know a studio that might be interested in cooperating with Field of Heroes development have them drop me a message on IndieDB, Facebook or Twitter, or my website at Gamieon.com (as soon as I post a portal to my e-mail there!)