This week we release the second chapter of the storyline and three cool screenshots for you guys to look at!

Roy Marshall looked at the long abandoned city, a shivering descending his spine. He turned back to the sedan, a sleeping figure slumped in the passenger seat. He chuckled softly to himself, trying to forget just how creepy his surroundings were. He tapped lightly on the window but it ushered only a twitch from his long time friend.

“Adam, wake up! We’re here...” Roy pounded a little harder on the glass. Adam Reed jumped up and hit his head on the car’s ceiling, startling Roy a little, “Geez man!”

Adam looked up angrily at what he thought was his friend and then glanced at his watch, “What the hell Roy? It’s midnight!”

Roy laughed hard, “No, it’s six in the morning. Didn’t you change your watch at the airport?”

Roy opened the door, letting the still groggy figure step out on his own. Adam always needed help when writing articles for the paper they both worked for, but that wasn’t the kind of help he was usually given. He stood shakily, stretching out and yawning. Adam took a quick look around and shivered, it was a very cold October in Sweden, added to the fact the place gave both him and Roy the creeps. 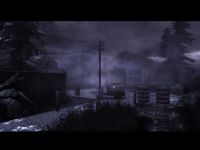 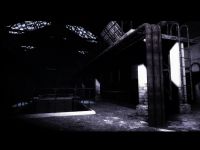 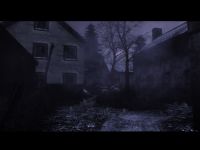 Further parts of the game's storyline will be released frequently. Only about a tenth of the media content we produce will be showed on the net to keep the mystery alive.

awesome! really beautiful!!! damn it! you got some unbelievable skills, guys! :)

I see the next cliché after the russian industrial buildings is cold, sweden places. : )

Has this been done before? xD

No sir, i just see this in movies, mods and games. "Let the right one in" is a very cool and unique movie from there, Cry of Fear mod is awesome too, people like those counrties because its snowy, cold and clean.

So i think thats the next step after the russian, industrial style. : )

Ah, yes, Cry of Fear is kind of set in Sweden as well. I chose to set this game in Sweden because I live here and the nothern parts of Sweden make for great horror game settings. ;D