This is the FoD dev update for February, hope you enjoy!

Wow! A month really flies by when there is development that has to get done. I'm probably slightly late on this one update... It's all because I wanted everything to be perfect before I wrote this post! So here we go, development update #8

This past month or so consisted of a lot of little changes. Floors of Discomfort is at a point now where there are tons of little things that need to get done before the game is ready for launch. The little things include a change in the items UI, sounds, collision fixes, settings menu fixes, some aesthetics, promotion, and the infamous bug fixes. A few more things have been added to my todo list but it is slowly dwindling. Most of the stuff on there now is for the advertising side of the game! Marketing is important, I know, but I hate it. Oh well.

Okay, so I mentioned an item UI change. This comes as a result of the increasing amount of items being added to the game. Originally we had a hotbar system, the kind that is found in most RPG games; however, this wasn't working for the game. It was in the way and just didn't work with the fast paces play style that this game presents. 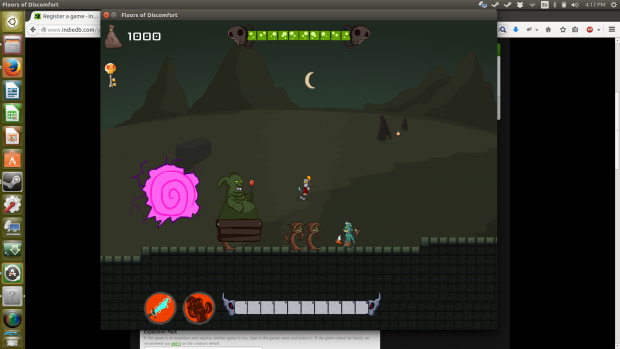 That picture is an old one, but you can see on the bottom that there is a hotbar, yeah that's what I'm talking about here. It just didn't work the way we had hoped so Jerry (the designer) got to work on a new design. Before we knew it we had a brand new design, and one that is here to stay. It is a ring design. By holding the tab button a ring menu pops up that will display all the current items the player has in his inventory. He can then click on one, selecting it, and use the right mouse button to activate it. Below is a picture of this design. 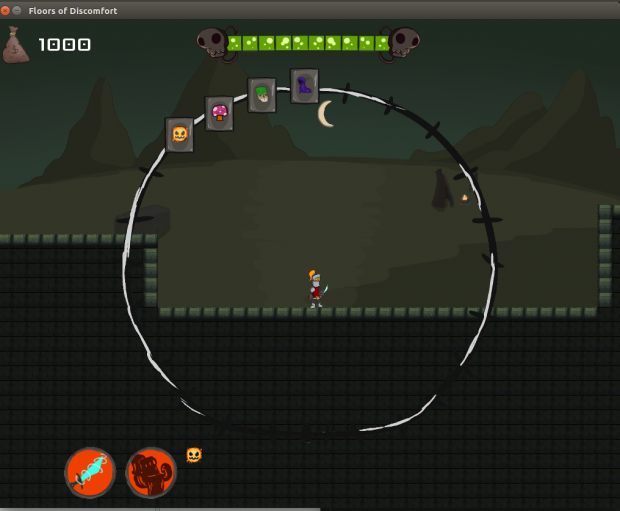 This design works so much better, and I think everyone will agree with that. Those are all the usable items at the moment, the ring is not filled because we still have a few usable items to implement, and we also want to leave room for future items that will be created. You can also see that when an item is selected the icon for that item will show up at the bottom next to the character specific attacks, indicating that the item is selected. I am very pleased with this change.

Sounds! We have begun adding sounds to the game :D This is a big step for us. For the longest time the game had no sound, and it was really missing it. Over the past month we've been adding sounds little by little. The basic sounds are in there, attack, jump, fall, hit. We are working on adding the more specific sounds for specific enemies and hopefully that will be done by the next development update. Music on the other hand is lacking. We currently have a few songs in place it is far from a final sound track. Three Prong Productions is a team of two. I am the programmer and Jerry is the designer and artist. Neither of us have much experience in game music. Our goal is to be as self sufficient as possible in this game development process, so we are going to have to learn to create our own. The current music in the game are all originals, but they need to be improved so that's something that will be improved upon.

The settings menu in FoD is very minimal. It is simply a menu for sound volume, music volume, and full screen toggle. There has been a long standing problem though of the sliders not working! This dev period I finally got around to fixing that problem. Now the setting menu works as intended, with the exception of full screen but that's a whole different problem I have to look into. Here's a picture of the settings menu. 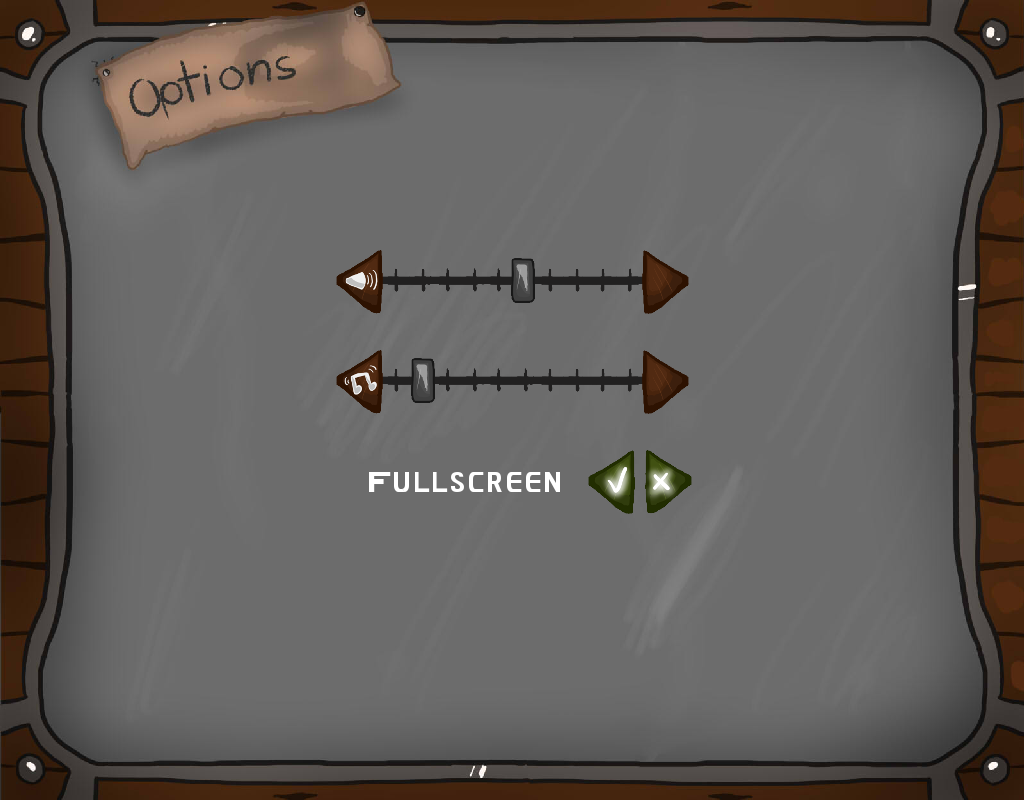 Another nice fix this month was collisions. I've had a problem since the beginning with collisions, I had to write some hacks to get around it. This month though for some reason everything clicked and collisions work great... I am going to be completely honest, I did not structure my code the best way possible. I have since learned since I started the project, but I am stuck in this code structure that results in half an hour to fix something like collisions across all enemies and characters! I have considered rewriting the game many times, but realized it probably isn't worth it at this point. In the future I will use some better coding structures for sure though.

The final awesome addition to the game this month is something that I am really excited about! When the game is beaten with each character, that character will have his own end game... cut scene of sorts that will describe why the character is in Nexrolis' universe. Jerry has been doing a crazy job with creating the images this month, here is a sneak peak at one of my favorite scenes Jerry has drawn so far. 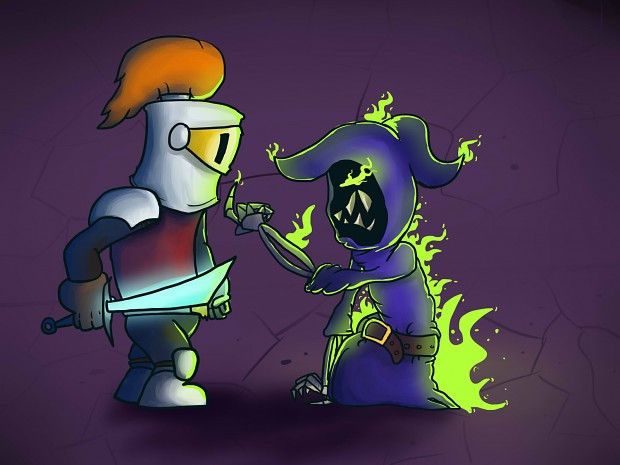 It's all coming along really well.

That it for this update! By next month I'm hoping to have usable items done, sounds done, and a trailer done... it's going to be fun. See you next month!

We are now on IndieDB so if you're interested in FoD you should really check it out, I'm always posting art and videos on there: Indiedb.com

Hopefully I'll have a video update by the weekend as well so be on the lookout for that.

P.S. we are looking for beta testers so if you would like to be a part of that send us an email at threeprongproductions@gmail.com, tweet at @3ProngProd, or send us a message on IndieDB.