Added winter(snow) world along with weather system and day/night cycle.

So, besides the 3 already made biomes (normal, sea and desert) we now finally implemented a winter/snow world and a day & night cycle together with weather system. It actually looks even more impressive in night time. With our build system already quite developed, we experimented in making this winter castle. That’s the beauty of custom build mode… 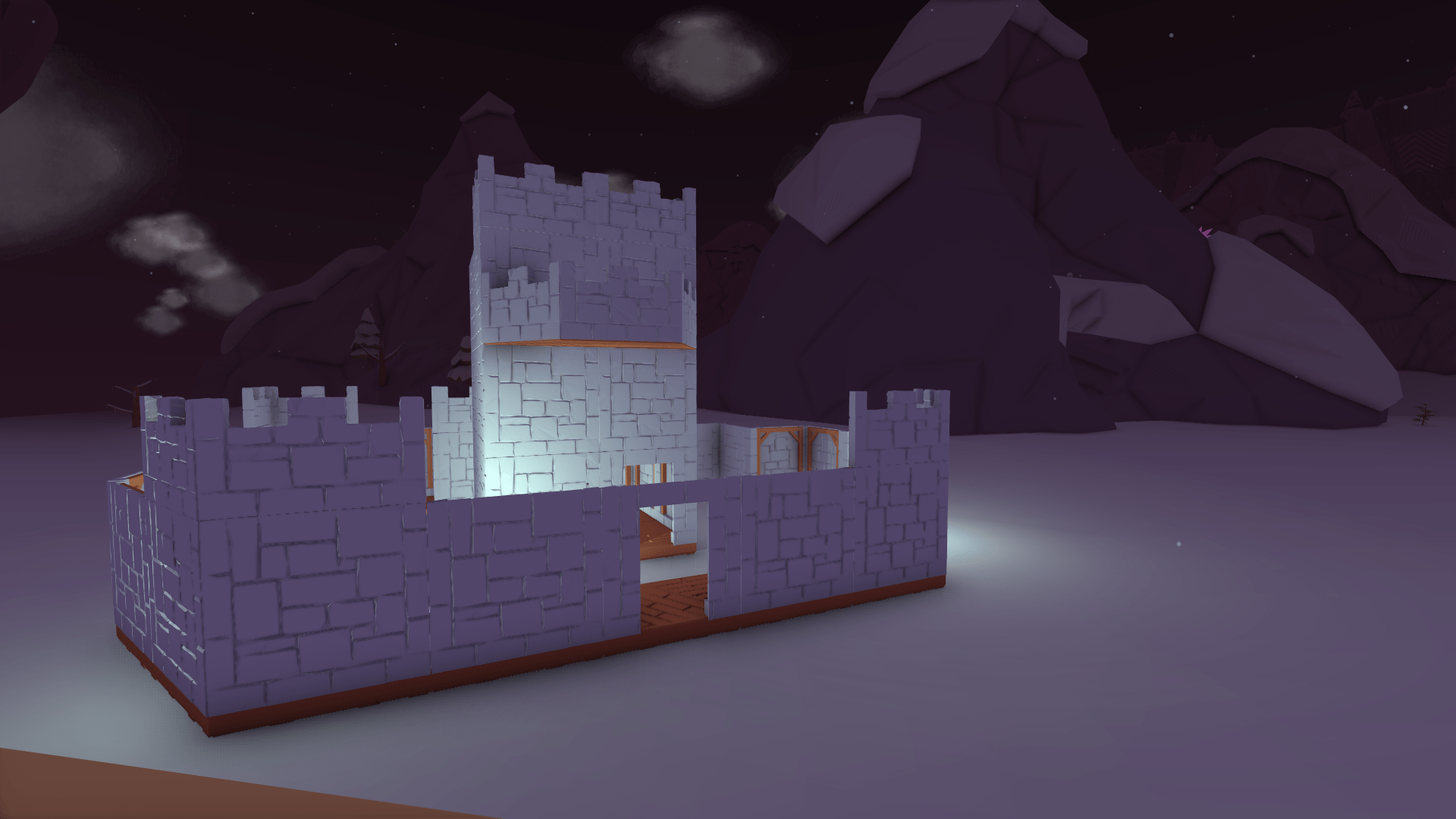 Andrej modified the terrain/mountains, trees, rocks and also recorded his workflow, if anyone is interested in having a look.

Since we decided to go the lowpoly way and use solid colors, we’re looking into a similar kind of design regarding user interface and HUD. Domen went through a couple of UI mockups/revisions and also added a compass which already works. For now it shows just mountains and bases, later it will show all relevant points of interest (quests etc). 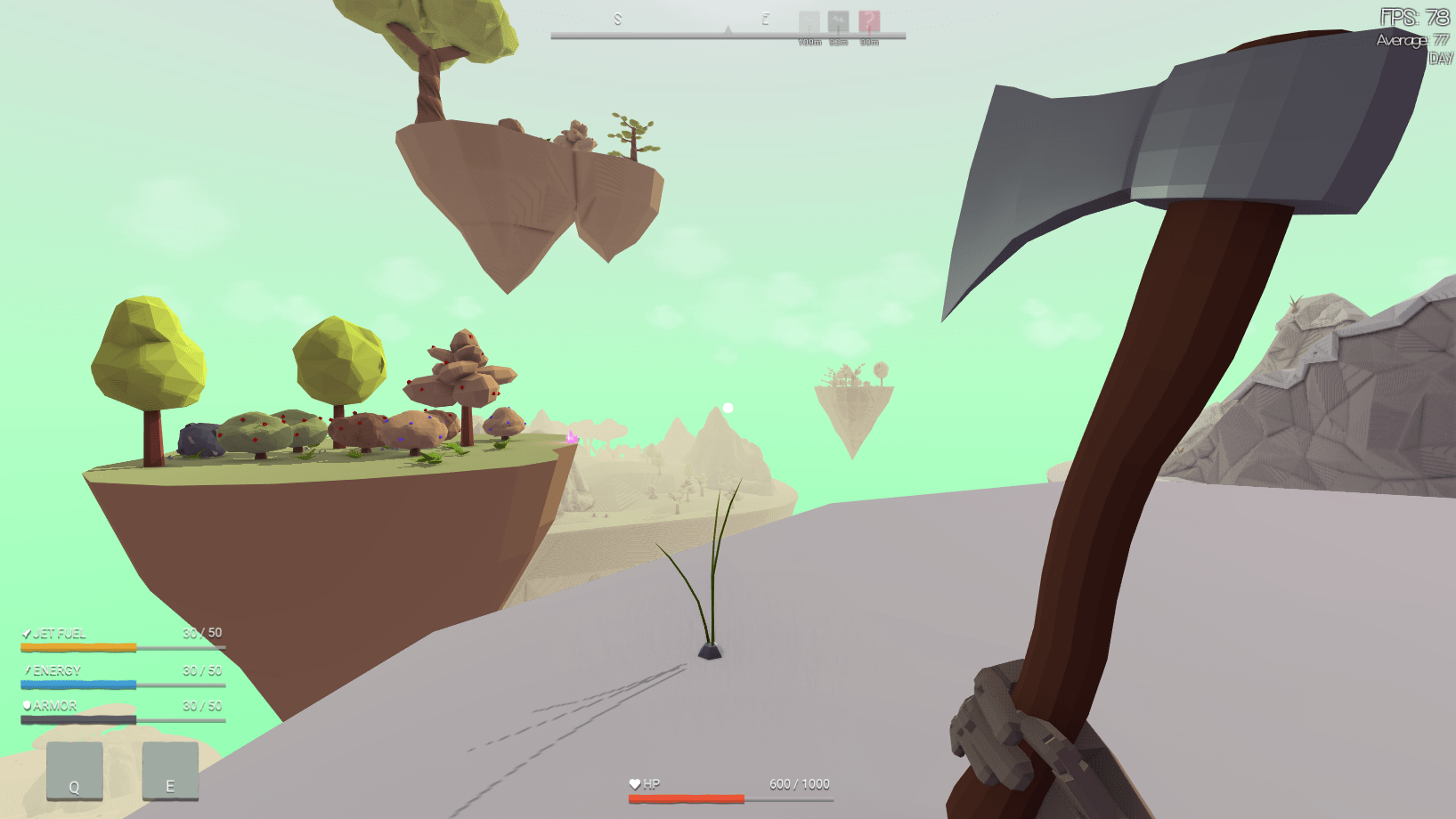 Last couple of days we’ve been preparing for the upcoming Slovenian games conference where we will showcase our work so far. A demo scene is in place along with a slightly improved player controller, so our booth visitors will be able to get a very early sample of gameplay. In our next blog post we will update you guys with how it all went (pictures included) and what to expect in the coming weeks and months.