We have been preparing for an upcoming conference SGC – Slovenian Game Conference which will be held in Ljubljana, the capital of our beautiful country. Event focuses on development, marketing and bussiness, there is also an indie expo meant for teams to showcase their game in progress: from mobile games to PC and VR. We prepared some T-shirts, posters and 3D printed model of our dreadful sheep which can be yours! You will also have an opportunity to try Floatlands and chat with us. See you there! 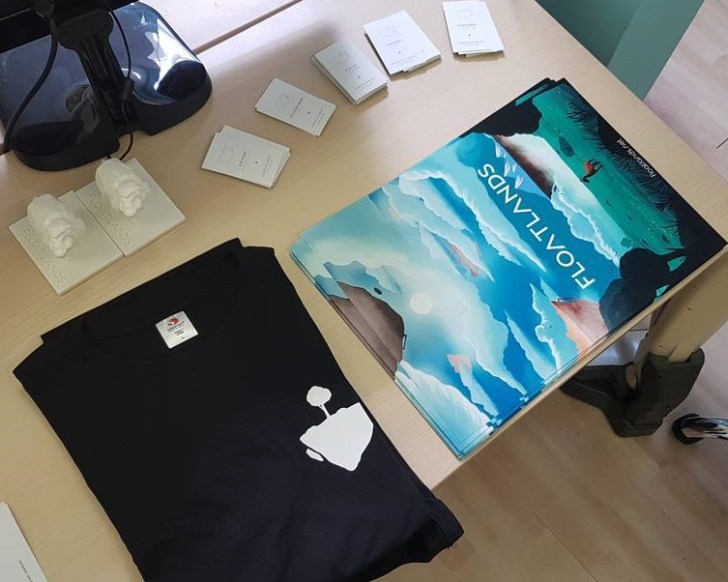 We delved into 3D printing a bit and prepared some animal models from the game for 3D printing and ordered some test prints. So far we’ve prepared and printed a model of the cute little sheep from the game. We’re also thinking about trying to print a rhino and a couple of deer. 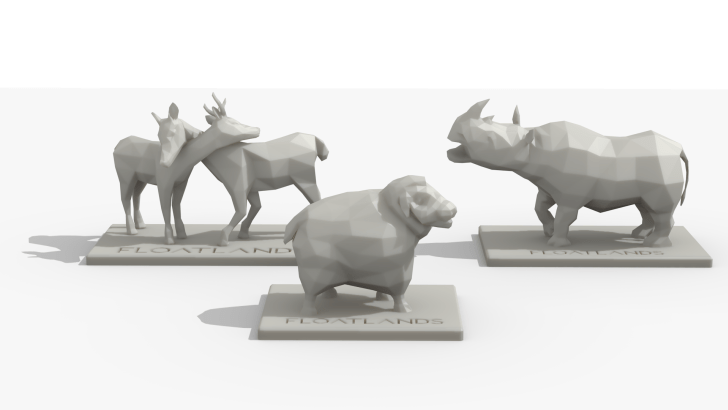 Last friday we had our second live stream where Mito showed the process of creating concepts. He drew a couple of weapon sketches and there were even some good weapon ideas from our Twitch viewers that we tried out. In the second part of the stream Domen showcased some early gameplay footage. Check it out!

With the environment and the world constantly evolving we have decided that its about time we replace the old nature assets with new and improved ones. So I made a couple of new rocks for each biome, trees are next in line and to spice it all up we’ll add even more nature elements in the game to make it look more alive and less monotone. 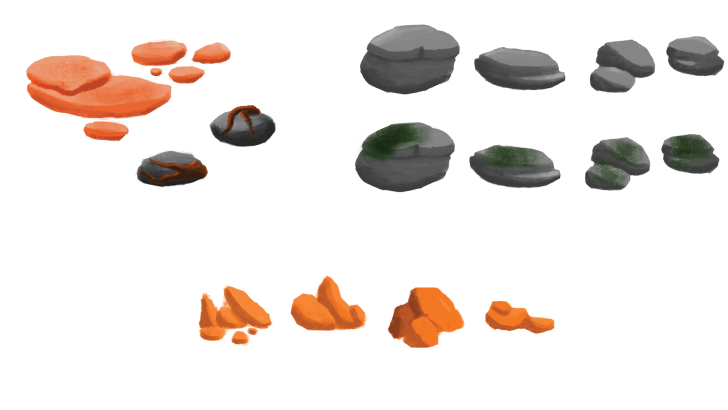 We started reworking some assets from early development like the normal biome, since some of the assets in those biomes are still there from our prototype stage. So far we’ve modeled some new trees and some rock clutter.

Wohooo, after much testing EGX Showcase build was finally ready. Few details were added on a scanning drone such as a light and a scan radar. Few new avoid manouvers will be added soon, so droid flight wont be repetitive.

This week was slow for me in terms of development. I was mostly smashing my head fixing various bugs. I have fixed some inventory bugs and a couple of fatal crashes. Afterwards I have successfully built the working prototype of Floatlands so we could internally test out the gameplay. I have finished junk shredder aswell which will turn useless items into useful resources.